Song Ji A, Sunye, Sunmi, And “My Teen Girl” Top Lists Of Most Buzzworthy Non-Drama TV Appearances And Shows

MBC’s “My Teen Girl” and former Wonder Girls members Sunye and Sunmi’s reunion on tvN’s “Mama the Idol” dominated this week’s lists of the most buzzworthy non-drama TV shows and appearances!

“My Teen Girl,” an audition show in which aspiring idols battle for the chance to debut in a new seven-member girl group, topped Good Data Corporation’s latest rankings of the non-drama TV shows that generated the most buzz over the past week. The company determines each week’s rankings by analyzing data from news articles, blog posts, online communities, videos, and social media posts about non-drama TV shows that are currently airing or set to air soon.

Former bandmates Sunye and Sunmi—who reunited to perform together on the latest episode of “Mama the Idol”—took No. 1 and No. 3 respectively on the list of most buzzworthy non-drama cast members. JYP Entertainment founder Park Jin Young, who also performed a duet with his former protégé Sunye on the show, also made the rankings at No. 6.

YouTuber and influencer Song Ji A (of “Single’s Inferno” fame) ranked No. 2 following her controversial appearance on JTBC’s “Knowing Bros” (“Ask Us Anything”), which also boosted the program to No. 2 on the list of buzzworthy non-drama TV shows. (After Song Ji A recently came under fire for her use of counterfeit apparel and goods, some viewers criticized the program’s decision to not edit her out of the episode.)

The top 10 non-drama TV shows that generated the most buzz in the third week of January are as follows: 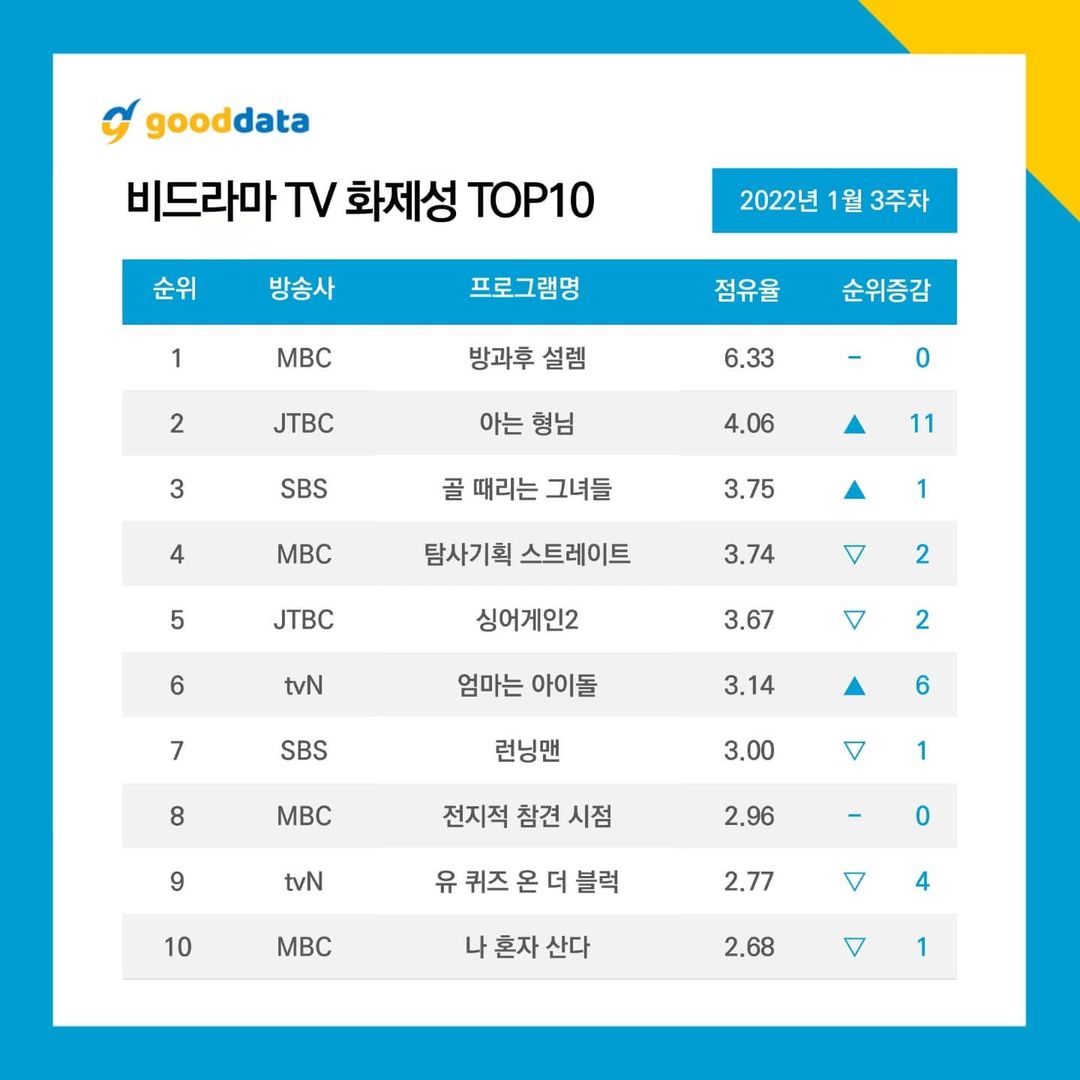 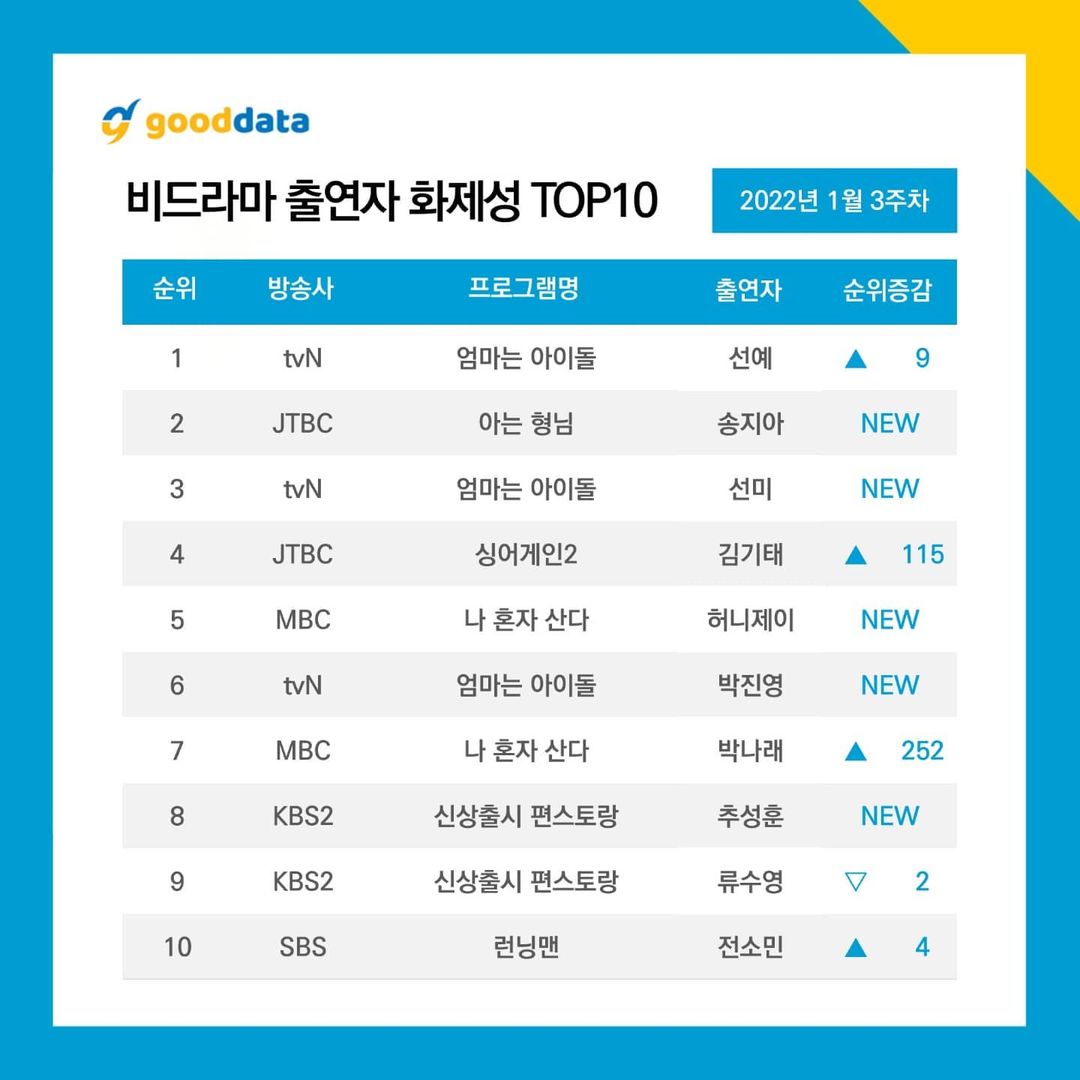 …and “Home Alone” below!