Noh Jung Ui Talks About Portraying An Idol In “Our Beloved Summer,” Working With Choi Woo Shik, And More

Noh Jung Ui has participated in interviews following the conclusion of “Our Beloved Summer”!

SBS’s “Our Beloved Summer” is about ex-couple Choi Woong (Choi Woo Shik) and Guk Yeon Soo (Kim Da Mi), whose relationship did not end on good terms. Years later, the documentary they filmed in high school suddenly gains popularity, and they’re forced to be together in front of the camera once more. The drama aired its finale on January 25 to its best viewership ratings.

Noh Jung Ui played the role of NJ, a top idol with a one-sided crush on Choi Woong. Regarding the drama’s conclusion, the actress commented, “This was a drama that all the actors and staff members put a lot of effort into filming and I’m so, so thankful that it feels like we were rewarded with much love from viewers. I hope this project is remembered as one that will remain in your hearts for a long, long time.” 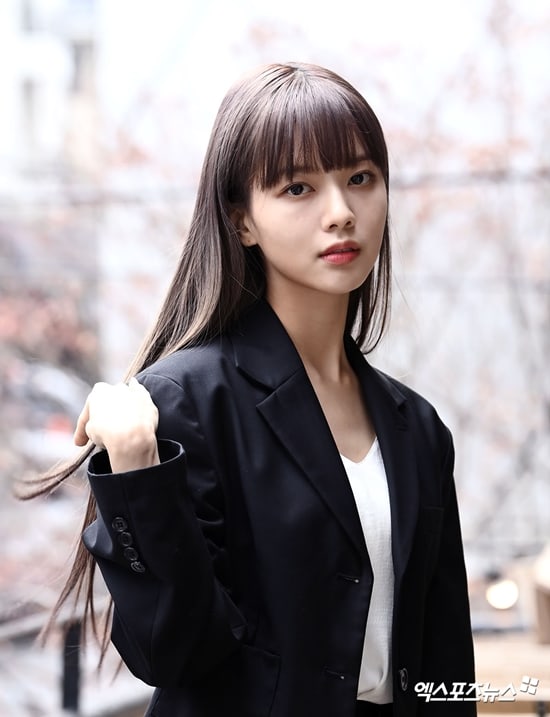 While NJ was incredibly lovable and bright, she was also often blunt with her words. Noh Jung Ui explained, “I think [conveying that tone] was both easy and hard. I couldn’t be too chill, and it was a bit hard because the character was conveying emotions while pretending to be chill.”

This was especially prevalent in her scenes with her crush Choi Woong where NJ had to be both cute and honest. When asked about what she focused on most for this role, Noh Jung Ui answered, “[I focused on] that strange aspect of not crossing the line. I also paid attention to expressing my emotions in a brighter manner. If I accidentally cross a line, I thought it’d be easy to become an unlikeable character. NJ is not an unlikeable character. I couldn’t express her incorrectly, so I tried my best to convey the script exactly as it was written.”

She added, “I tried to focus on her emotions. With a one-sided crush, you can feel inferior, but if you really like the opposite person and want to be considerate of them, I believe you have to know when to step back. I think NJ was good at that.” 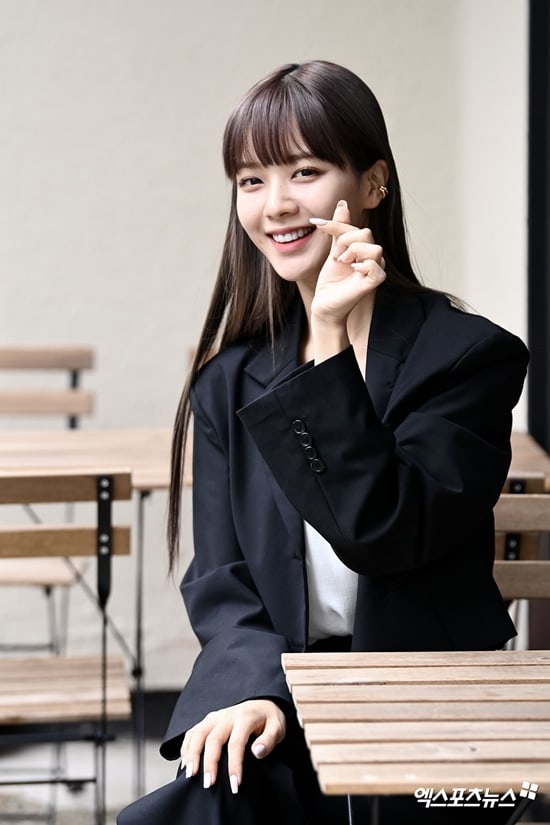 Another notable aspect of playing the role of NJ was the styling, with Noh Jung Ui having to bleach her hair for the first time. She commented, “I worked really hard so I could stand out with diverse styling. There’s a limit to portraying the aura of a top idol through acting alone. That’s why I tried my best to try new things and express that through her appearance.”

Noh Jung Ui also shared, “I had a lot of worries because I had never bleached my hair before, so I was thankful when viewers said it suited me well. However, since it wouldn’t make sense in the drama if my roots were grown out, I had to bleach my hair every two weeks. My hair kept breaking, so I was able to experience a bit of the pain that idols go through.”

At the end of the drama, NJ visits Choi Woong’s exhibition and suggests they be friends. Although her character doesn’t ultimately get what she wants, Noh Jung Ui expressed her satisfaction with the ending. She commented, “Honestly, it’s a bit regretful as NJ, but since I’m a member of the audience, it’s an ending I appreciate from the perspective of a viewer. I think NJ and Choi Woong remaining as friends is a good ending, and I think NJ was able to grow through Woong.”

The actress also discussed her chemistry with Choi Woo Shik. “It was so good. I had so much fun. Honestly, I didn’t have as many scenes with him as I thought I would, which was a bit disappointing. If we get to work together again for a different project, I think we’ll feel more comfortable and friendly. NJ never crossed the line by speaking formally to him from beginning to end,” she said with a laugh. 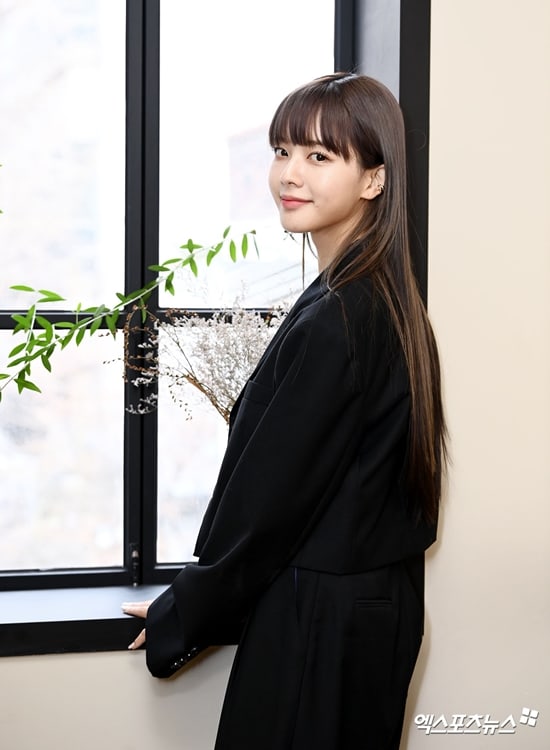 Noh Jung Ui picked Choi Woo Shik as the set’s mood maker and explained, “He would crack jokes to not only the actor he is working with but to all the staff members also, making everyone laugh. He would catch the smallest things and make jokes of them. I was fascinated and thought to myself, ‘How can one develop such wit?’ Because he made our set so enjoyable, I was thankful but also felt sorry. He must’ve also been exhausted and having a hard time, so I was very thankful that he tried his best to create a fun atmosphere on set.” 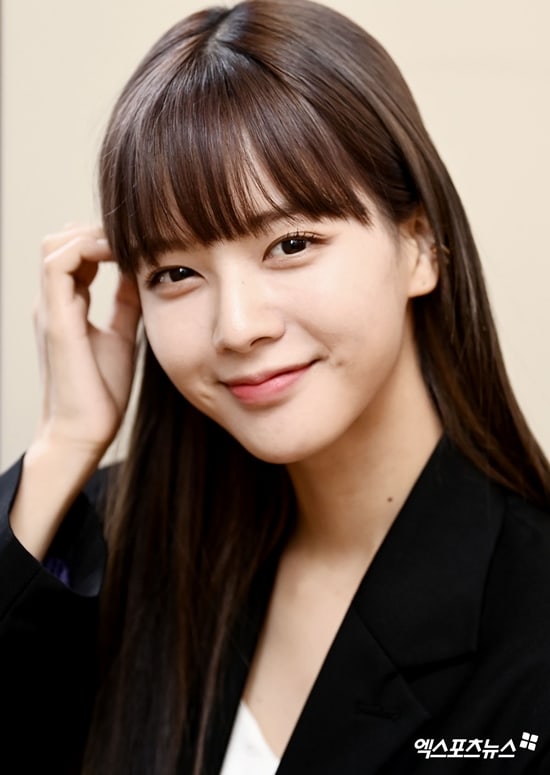 Aside from NJ, all of the characters on “My Beloved Summer” had comparably regular careers, making her stand out. Noh Jung Ui commented, “Before I received the full script, I was also worried at first. But once I saw the full picture, I thought that it showed how people of seemingly different worlds may look different but still have the same loneliness, worries, and fear within them. I liked that it showed how people with the same pain met others from different fields to comfort one another and grow. I tried my best to portray those aspects realistically.” 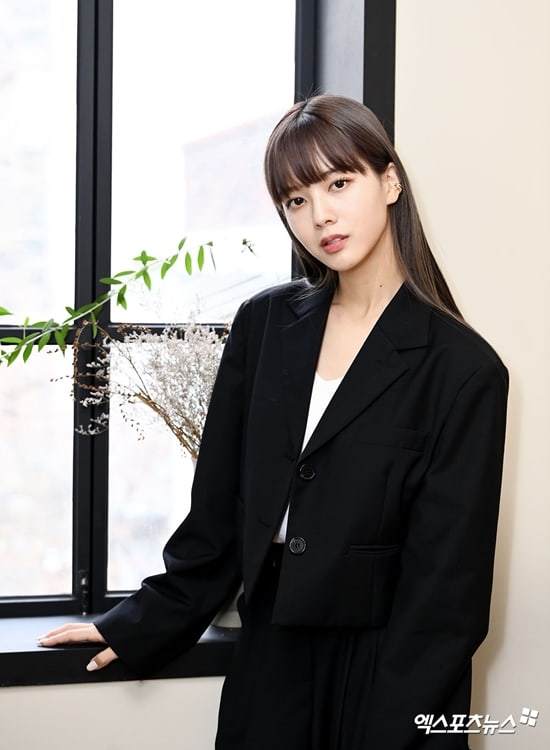 As she was the youngest cast member, Noh Jung Ui shared that everyone else helped her out a lot. “I had a lot of concerns and had a hard time but everyone cheered me up and gave me courage. After watching the premiere, I was upset that there were parts of my acting I was disappointed with. Woo Shik told me, ‘You just have to accept those things like this, and how about you talk with the director about things like this?’ Once I heard that, I was able to act with a lighter heart.” 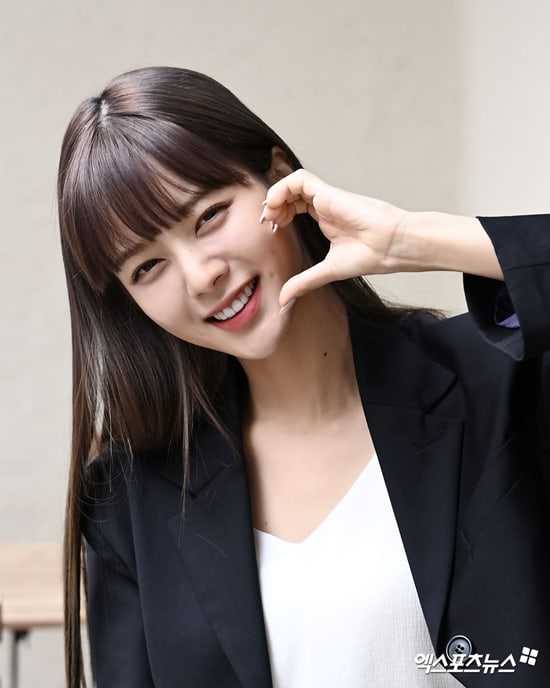 For genres she wants to try next, Noh Jung Ui surprisingly responded, “Our Beloved Summer.” She explained, “I really like it as a viewer and as a fan. I want to try a realistic romance like Yeon Soo and Woong. Oh, but it has to be reciprocated.”

Regarding her plans moving forward, Noh Jung Ui shared, “The first thing I’m thinking of is greeting everyone with good news as soon as possible. I want to work harder to showcase better acting in a good project. I also want to be healthy this year. I hope everyone does not forget me and will remember me.” 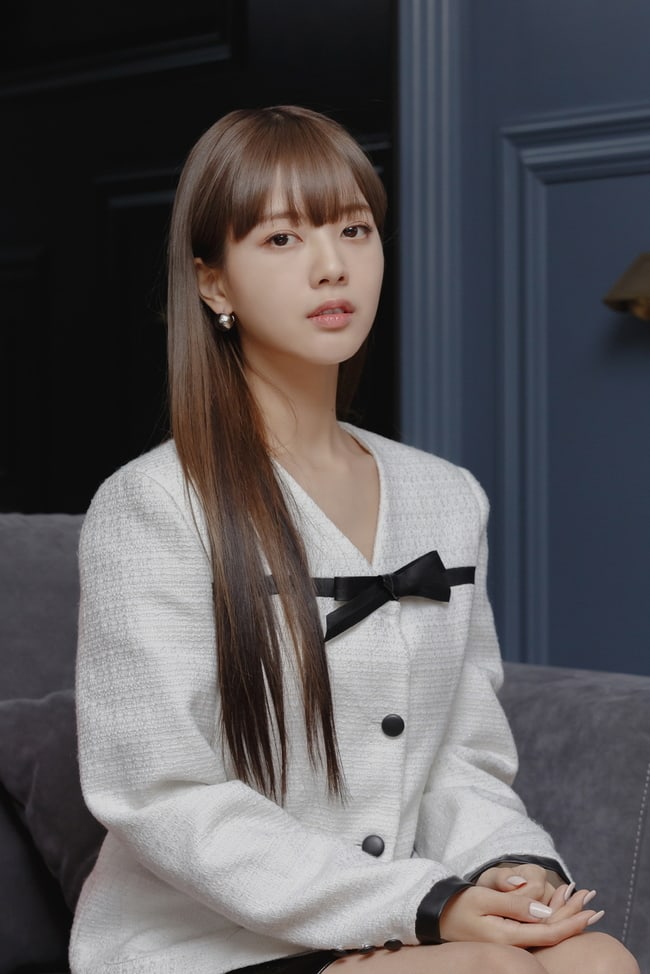 Aside from acting, Noh Jung Ui expressed her earnest desire to appear on variety shows. She exclaimed, “Please, please, I really want to try variety shows. I want any [program] to contact me.” She joked, “Can’t you title this article, ‘Variety Show Noh Jung Ui?’ I hope I’m given an opportunity too.”

She continued, “I really, really like all variety shows. It’s so hard to pick, but ever since I was younger, I really wanted to go out on ‘Running Man.’ I enjoy being active, and I’m good at it. It’s my dream to appear just once. I also want to appear on ‘Ask Us Anything,’ and I want to try [shows] that capture my everyday life.” 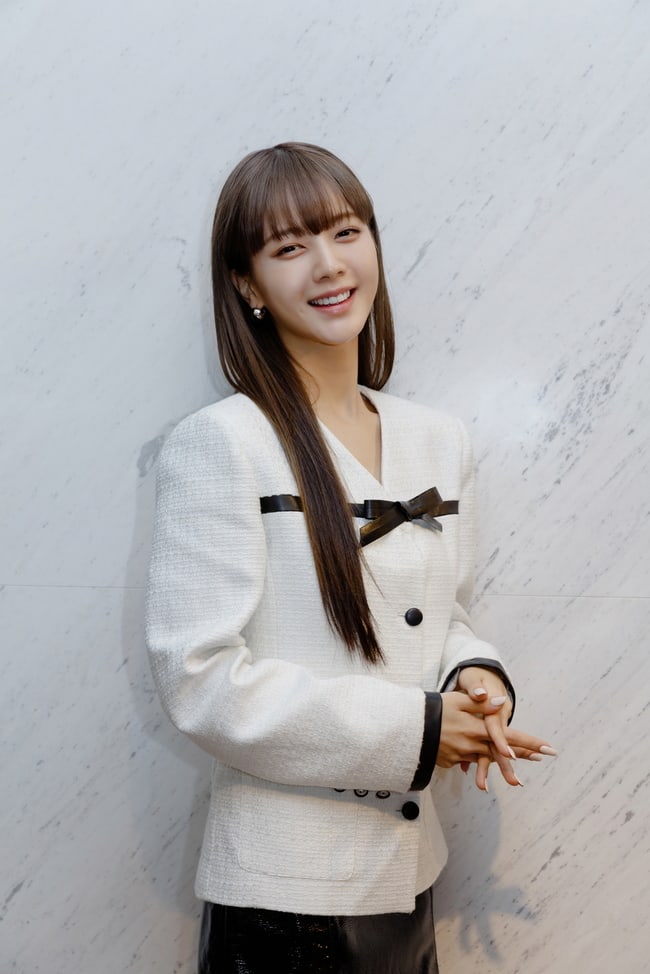 Just like how her character NJ celebrated her 10th debut anniversary, Noh Jung Ui has also been active in the entertainment industry for more than 10 years after first making her debut as a child actress. She commented, “My love for acting is the same from when I was younger, but I think the mindset through which I look at scripts and characters has changed.”

Noh Jung Ui elaborated, “When I was younger, I wasn’t good at analyzing the project or creating my character, so following the director’s guidance to express myself came first. Now, I analyze on my own, and I find the process of creating [my character] with the director to be so fun. When I see myself enjoy and find happiness in this process, I realize that I’ve changed a bit.”

Lastly, the actress commented, “In the future, I want to become an actress who always showcases new and improved acting. I want to work even harder to present viewers a different kind of healing with a good project.”