A new poster and trailer for the upcoming Netflix film, “Love and Leashes,” has been released!

The newly released poster shows the two main characters alone in an office space. Ji Hoo smiles brightly while sitting on the ground tied up in a purple ribbon. Ji Woo, his superior, stands chic next to him while holding the end of the ribbon. Underneath the title of the drama are the words “Respecting personal preferences, top-down obedience romance.” 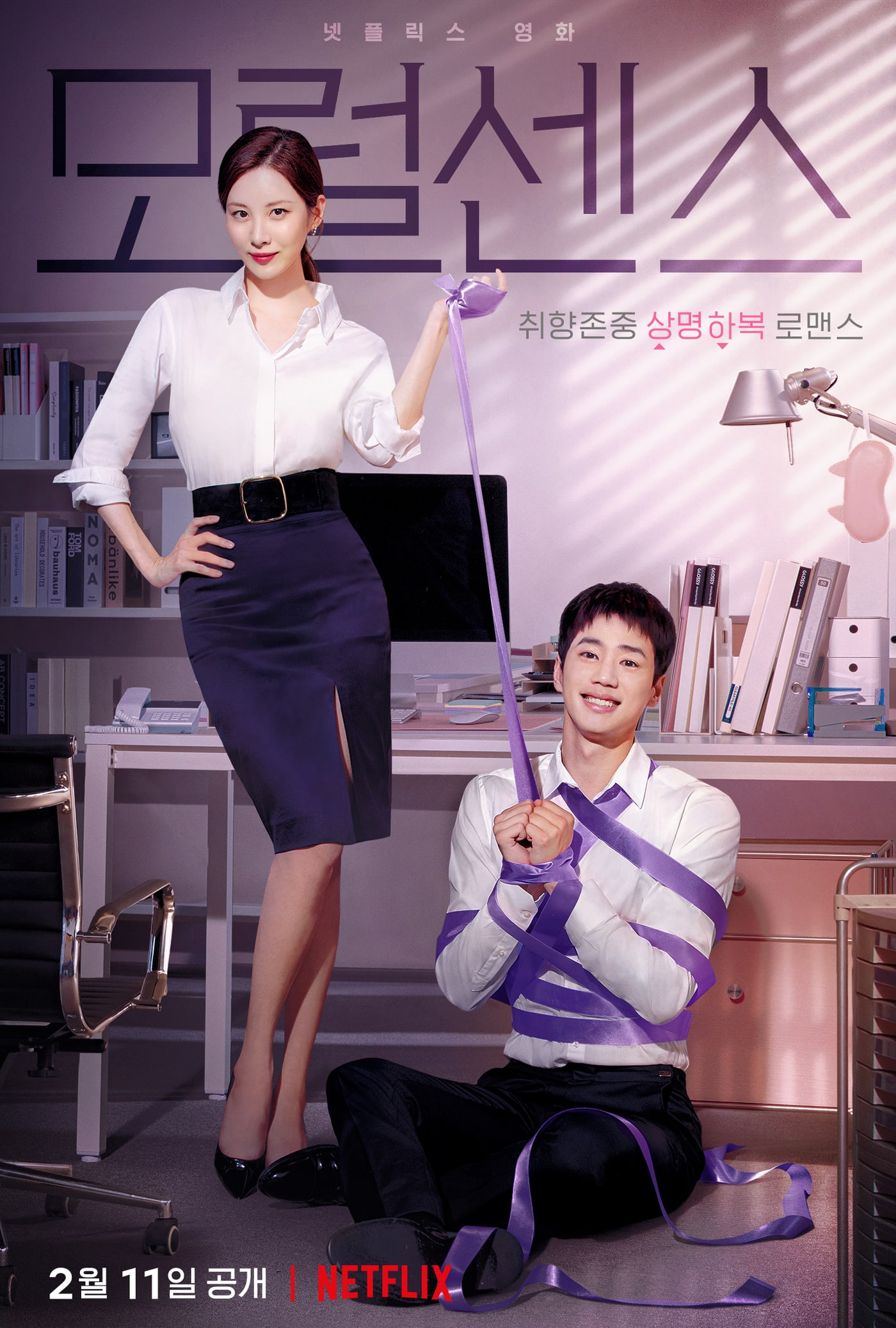 In the trailer, Ji Woo can be seen opening a box and finding a collar and leash embedded with spikes. Ji Hoo runs towards her in an attempt to grab it before falling down. He nervously claims it is for his pet poodle. Later in the trailer, he kneels in front of her and asks, “Would you be my master?” Throughout the trailer, the tension builds between the two characters before Ji Woo suggests at the end, “Rather than being partners, let’s date for real.” As she says this, a shot of the two characters leaning in for a kiss fills the screen.

This playful romance is expected to show the chemistry between Seohyun and Lee Jun Young as their characters live dual lives while exploring each others secret tastes and fantasies.

“Love and Leashes” will be released on Netflix on February 11.

While waiting, check out Lee Jun Young in “Let Me Be Your Knight”

And Seohyun in “Time”