“Forecasting Love and Weather” has released a new poster featuring its main cast!

JTBC’s upcoming Saturday-Sunday drama “Forecasting Love and Weather” is a new office romance drama about the work and love lives of the people at the Korea Meteorological Administration, who are more passionate than tropical heat and more unpredictable than torrential rainfall.

The new poster captures how business and pleasure coexist in a crafty way at their office. While Jin Ha Kyung and Lee Si Woo mingle happily in the office kitchen looking over some data, Han Ki Joon and Chae Yoo Jin watch from afar with concerned expressions. The poster reads, “Warning for the storm after dating.”

As Han Ki Joon and Jin Ha Kyung have previously dated, he feels both jealousy and regret seeing that his ex-girlfriend appears to have found someone new. Chae Yoo Jin’s body is angled towards the happy duo, but she worriedly gazes up at Han Ki Joon, raising questions about how she fits into this love equation. 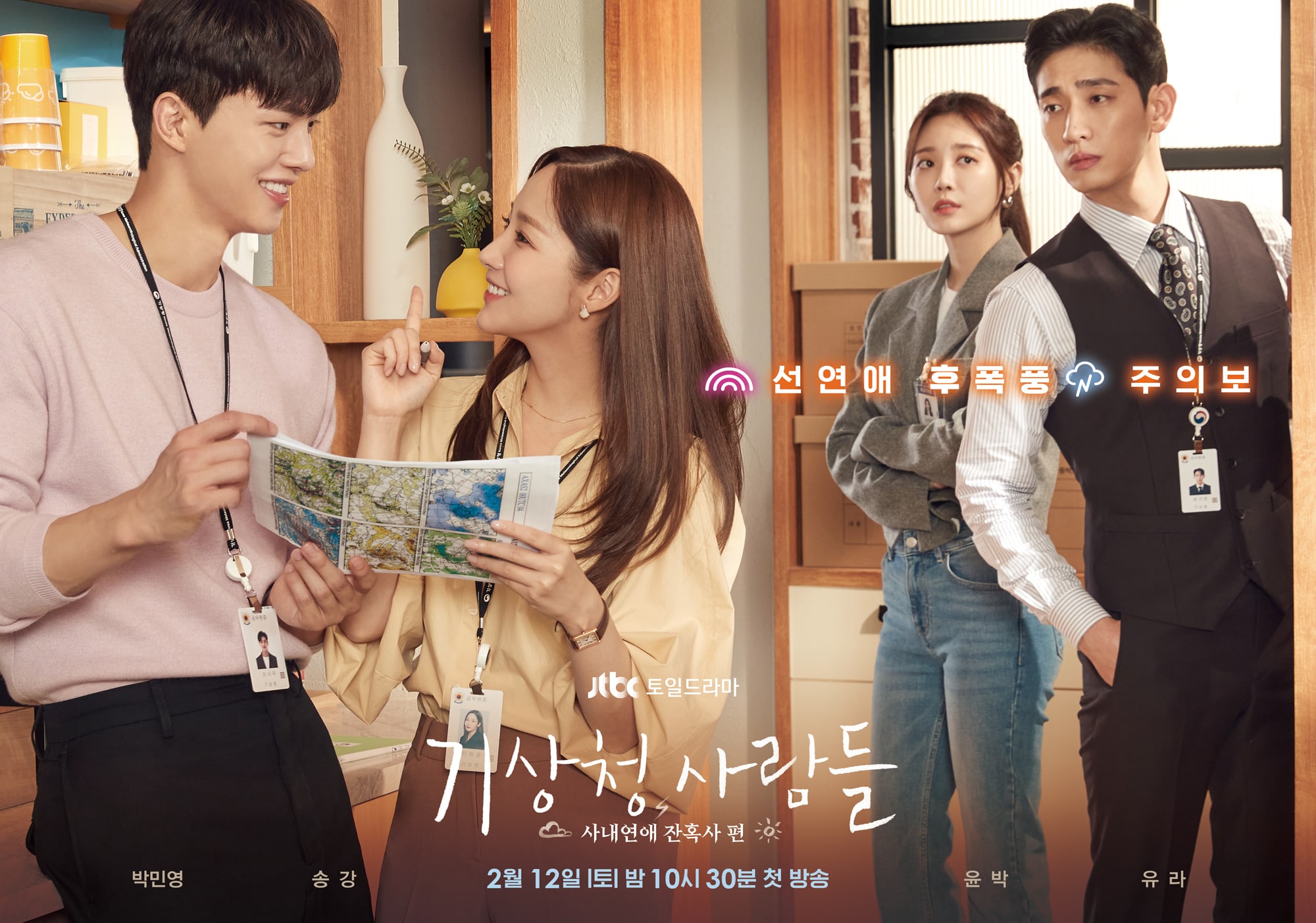 The production team commented, “The poster that was revealed today captures the harsh reality of workplace dating where you must continue seeing each other at work even after breaking up, but also showcases the sweet butterflies you could encounter once again. The meaning behind these four gazes and facial expressions will be revealed in the premiere on February 12. We hope you stay tuned with us to see where the arrow of workplace dating is headed and the exciting relationships.”

JTBC’s “Forecasting Love and Weather” premieres on February 12 at 10:30 p.m. KST. Check out some teasers here!

Start watching Park Min Young in “Her Private Life” below!