Watch: Han Ga In Gets Candid About MBTI Incompatibility With Husband Yeon Jung Hoon, “The Moon Embracing The Sun” Memories, And More

Han Ga In recently participated in an interview where she spoke about compatibility with her husband Yeon Jung Hoon, their kids, 2PM, “The Moon Embracing the Sun,” and much more!

On the January 27 episode of “MMTG,” Han Ga In appeared as a guest to be interviewed by host JaeJae. During their chat, Han Ga In explained, “I’m the type to kind of believe in MBTI [Myers-Briggs Type Indicator]. I’m ESTJ.”

She continued, “I was curious about MBTI, so I did it with my husband [Yeon Jung Hoon] but we turned out to have the worst compatibility. My husband is ENFJ. We don’t match well. I told my husband, ‘If you want to keep up with recent trends, you have to take this test.’ He kept asking, ‘Why do I have to do this?’ After, he said, ‘It says I’m ENFJ.’ I thought, ‘As expected, you don’t match with me.'”

JaeJae asked for clarification on the incompatibility, and a staff member explained, “[ENFJs] say ESTJs are scary.” Han Ga In replied, “My husband says I’m the scariest. When I ask why, he says, ‘You’re someone who is really hard to confront.’ [My behavior] is specific and planned ahead of time, but my husband is the opposite and just lies down everyday. I can’t handle that, so I feel frustrated.”

She elaborated, “Even when you look at photos from our wedding, I’m dragging [my husband] around everywhere. When we go out together, I’m always waiting out by the foyer. My husband is always fiddling around and taking his time. I feel like I’m in such a rush and start pacing.” 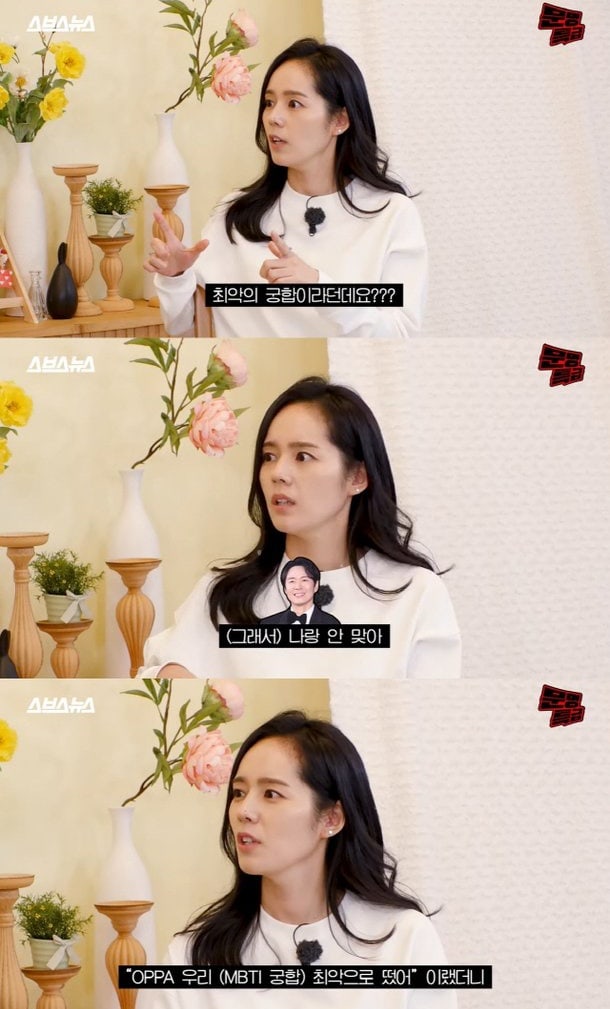 Han Ga In and Yeon Jung Hoon got married in 2005 and now have two kids together. The actress explained that she enjoys making up nonsense nicknames for her husband and that their kids now copy her. JaeJae responded in surprise, “Your kids must be geniuses when it comes to language.” Han Ga In replied, “My first-born is actually a language prodigy.”

Later, JaeJae commented on how Yeon Jung Hoon was well-known for being good at taking pictures of Han Ga In and asked, “But honestly, isn’t it because of the model?” Han Ga In joked, “That’s right. People say it’s unfair [to use me as a model].”

With a blank expression, Han Ga In candidly added, “Honestly, I don’t really like [taking] pictures. I don’t like pictures, so I don’t even have a wedding album. I intentionally didn’t make one. I knew they’d come up if I looked it up on the internet, so I didn’t request an album.” 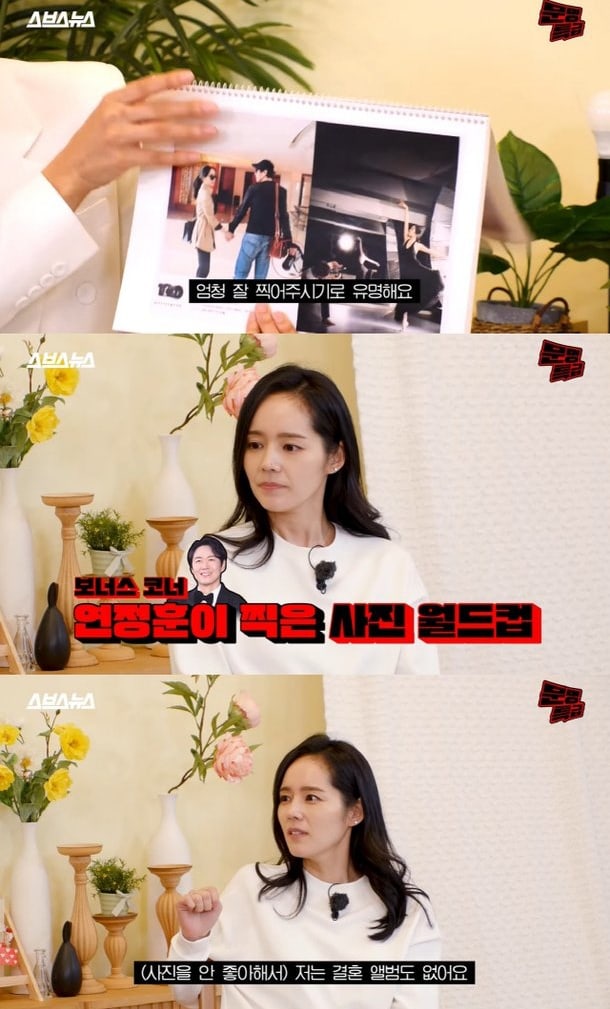 Han Ga In also expressed her adoration for “MMTG” and 2PM by revealing that she watched their episode. She shared, “The YouTube algorithm kept pushing ‘My House Junho‘ to me.” JaeJae joked, “I see you went to Junho’s house!” Han Ga In then called out to Lee Junho, “Where’s your house? I almost left my house while raising my kids.”

Although JaeJae pulled up clips from the past, Han Ga In could not remember certain parts of her career. She explained, “I’ve had two kids. I don’t remember what happened recently.” Once they began talking about Han Ga In’s hit drama “The Moon Embracing the Sun,” the star hilariously commented, “She lost her memory too. I’ve lost my memory also,” referring to her character Heo Yeon Woo’s memory loss.

She thought back to how cold it always was on the set of “The Moon Embracing the Sun” and added, “[Kim] Soo Hyun was the King. I became the Queen in the last episode so I entered the palace ,and it was so warm. I felt betrayed, thinking, ‘You were filming in this nice place?’ [Jung] Il Woo told me, ‘When you film historical dramas, you have to play high-ranking roles, no matter what.’ If I do [another historical drama] in the future, I’m not going to do any roles beneath the Queen.”

Han Ga In also confessed to not remembering a past interview where she said she had become softer and kinder after “The Moon Embracing the Sun.” She explained, “I probably made that up. While filming, I thought, ‘I’m so frustrated,’ and, ‘I’m so cold I’m going to die.’ It wasn’t the time to speak as honestly as I am now. For those like me whose real personality is different, they don’t like long interviews. My agency told me, ‘Talk less,’ but now I don’t feel it’s like that.”

Watch Han Ga In in “The Moon Embracing the Sun” here:

Han Ga In
Yeon Jung Hoon
MMTG
How does this article make you feel?