JTBC’s “Snowdrop” has shared an intriguing sneak peek of a dramatic moment from its next episode!

On the previous episode of “Snowdrop,” Lee Kang Moo (played by Jang Seung Jo) plotted with Jang Han Na (Jung Yoo Jin) to prevent Nam Tae Il (Park Sung Woong) from detonating the bombs planted at the university dorm. Kang Moo’s plan was to get their hands on the money with which North Korean spy Kang Chung Ya (Yoo In Na) was planning to escape, explaining that as long as they had that money with them at the dorm, Nam Taeil would never blow them up.

The episode ended with a cliffhanger, with Su Ho (Jung Hae In) attacking Kang Moo after hearing that the ANSP (Agency for National Security Planning) agent planned to ultimately arrest him.

In the upcoming episode of the drama, Young Ro (played by BLACKPINK’s Jisoo) will shock her dormmates by revealing her secret identity: at last, she will tell her fellow students that she is actually the daughter of the Director of the ANSP. Meanwhile, Su Ho will face an unthinkable decision when he is threatened by the North Korean government that if he doesn’t blow up the dorm from the inside, they will kill his younger sister.

Outside the dorm, Young Ro’s father Eun Chang Soo (Heo Joon Ho) will get ready to take revenge on his nemesis Nam Tae Il, who secretly had him shot by a sniper—then pretended that a spy had been responsible for the near-fatal attack.

In newly released stills from the drama’s next episode, Young Ro finally takes the walkie-talkie and prepares to speak directly to the ANSP herself. Su Ho, Kang Moo, and Pi Seung Hee (Yoon Se Ah) all look on with worried expressions, piquing curiosity as to whom exactly Young Ro is speaking to—and what she has to say after all this time. 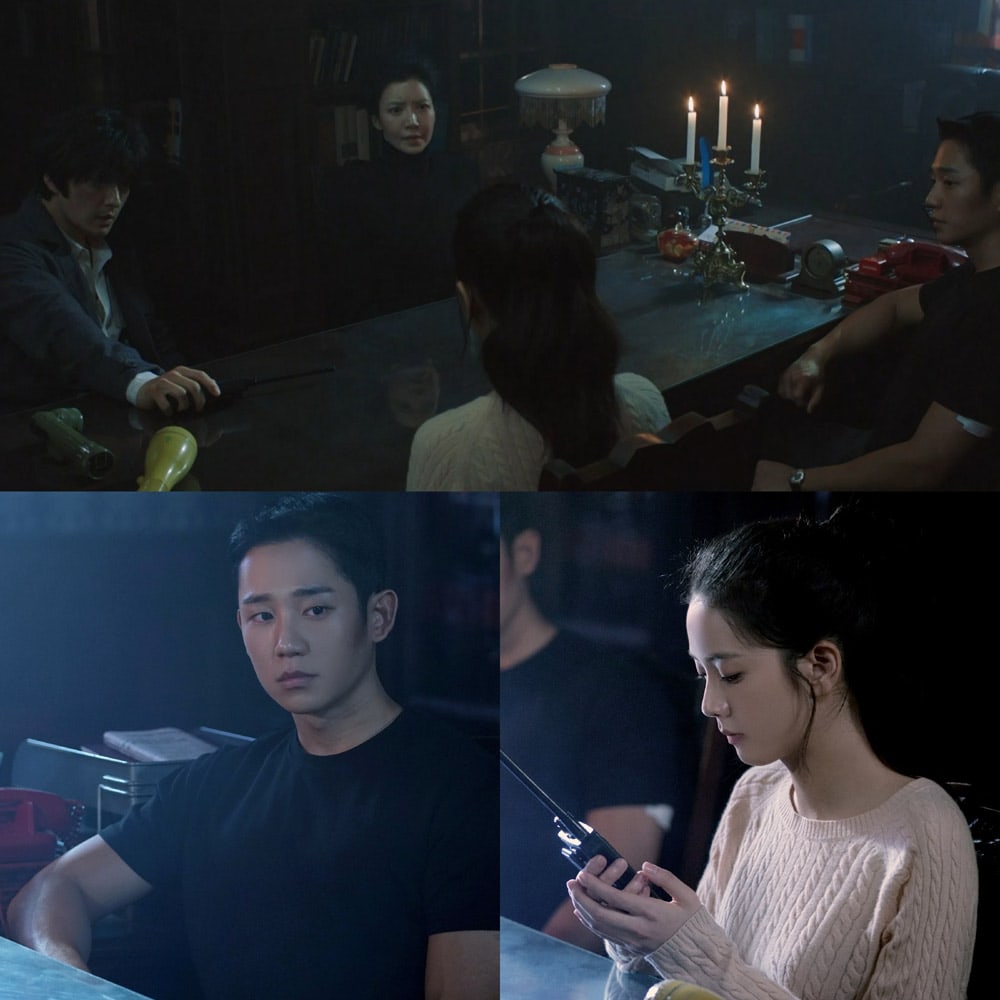 The next episode of “Snowdrop” will air on January 29 at 10:30 p.m. KST, following which the final two episodes will air together on January 30 starting at 10 p.m. KST.

While you wait, watch Jung Hae In in “A Piece of Your Mind” with subtitles below!