In the previous episode, Hye Seok (Park Myung Shin), who was a shaman in her previous life, left an ominous warning before her death of a sword that would close the hole made by an evil spirit. Meanwhile, the fates of Min Si Ho (Gong Seung Yeon) and Nam Do Yoon (Kim Woo Seok) are unknown after they were kidnapped by a reincarnated being.

Having found out about this, Dan Hwal descended into madness as he was determined to protect the people around him.

New stills show Dan Hwal making a grave decision as he points a sword at none other than himself, sitting on his knees as if he were repenting for something he had done. Just like 600 years prior when he was unable to protect his family from the hands of Ok Eul Tae (Lee Joon), he looks as if he is submerged in guilt for repeating this mistake in the present. Furthermore, his injured eyes are covered by a white cloth, adding another layer of perceived helplessness. 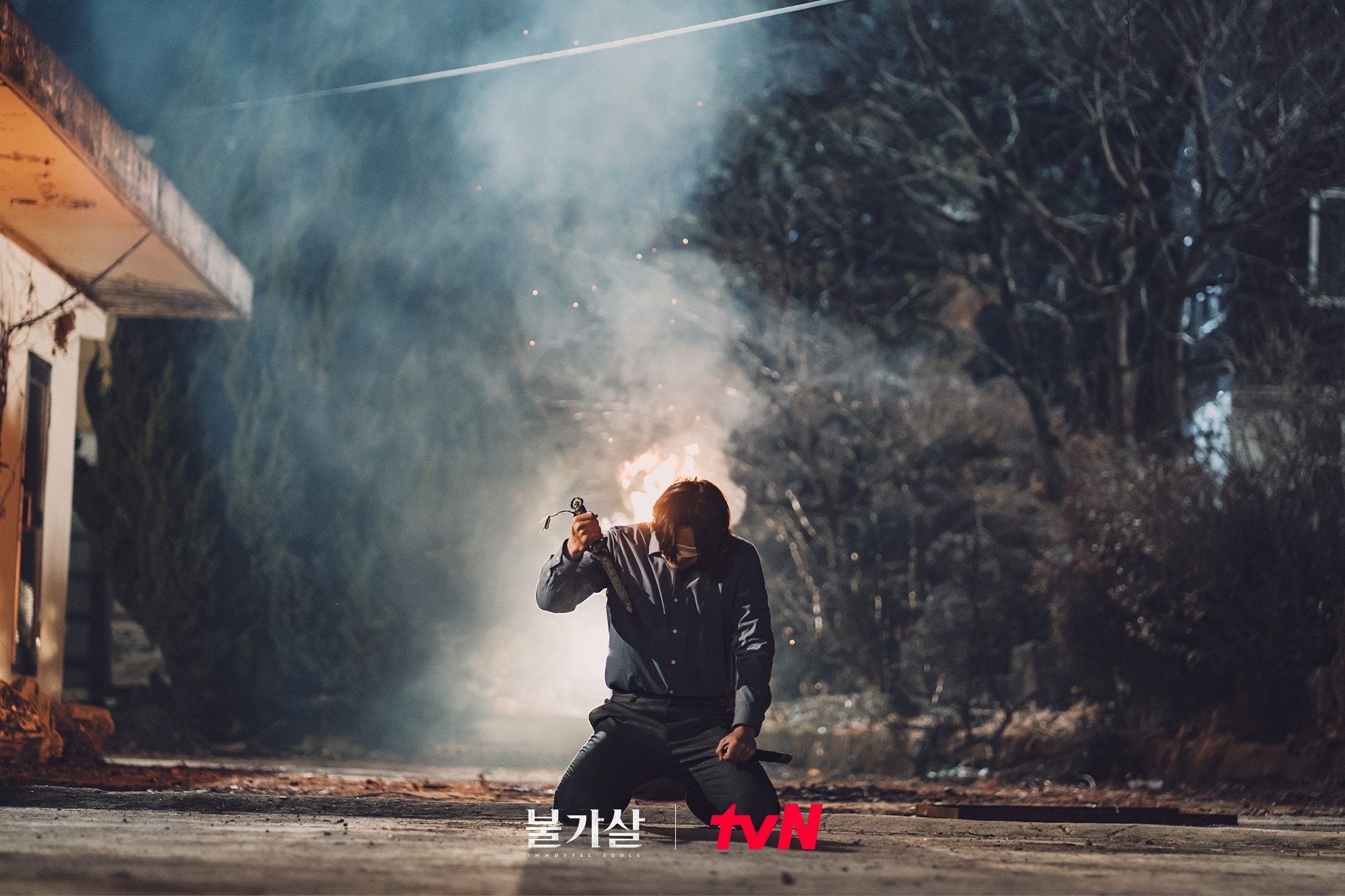 There to stop him is Min Sang Woon, who faces him with tears in her eyes as she grabs his hands to keep him from making such a tragic decision. Min Sang Woon was the one who always helped him realize his desire to remain as a human rather than a bulgasal, so there is hope that she will be able to encourage him to reverse his decision this time as well. 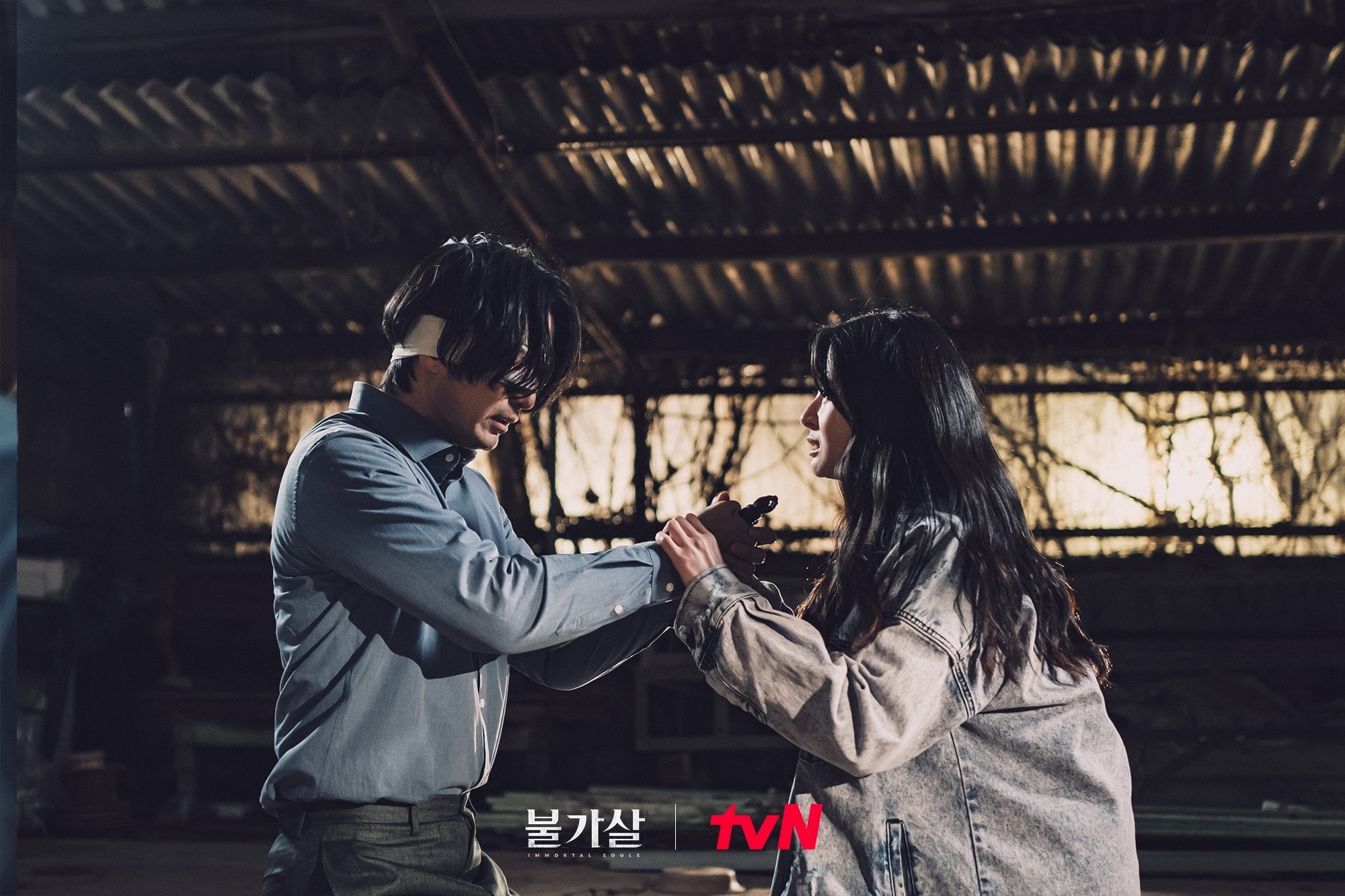 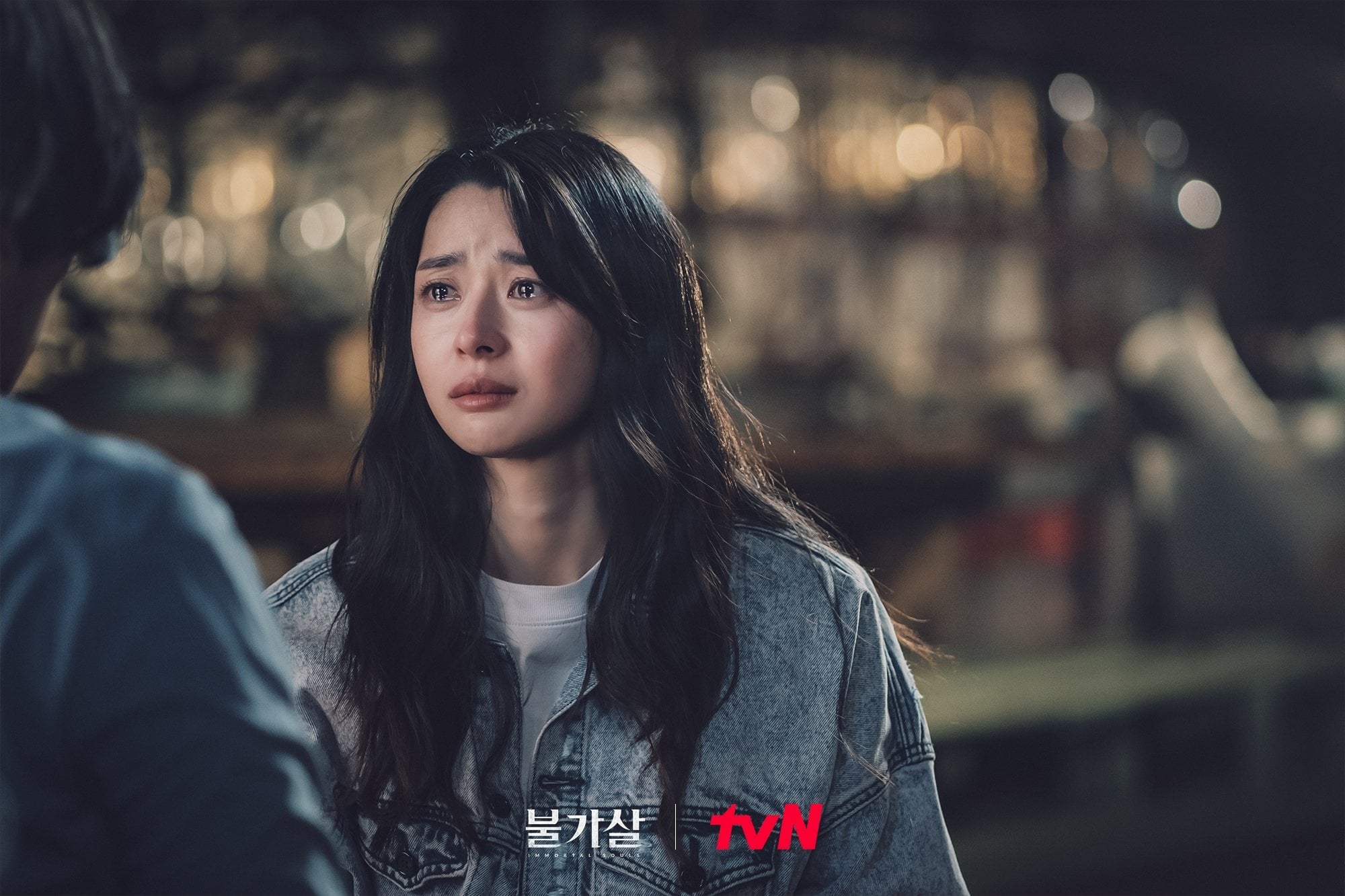 The drama’s production team commented, “This episode is set to be a catalyst for Dan Hwal’s true feelings and intentions. Keep an eye out for the changes in emotions that are wrapped up in fate.”