On the January 30 episode of SBS’s “Running Man,” the Year of the Tiger special with Hong Soo Ah, Bae Seul Gi, and Super Junior’s Eunhyuk continued. 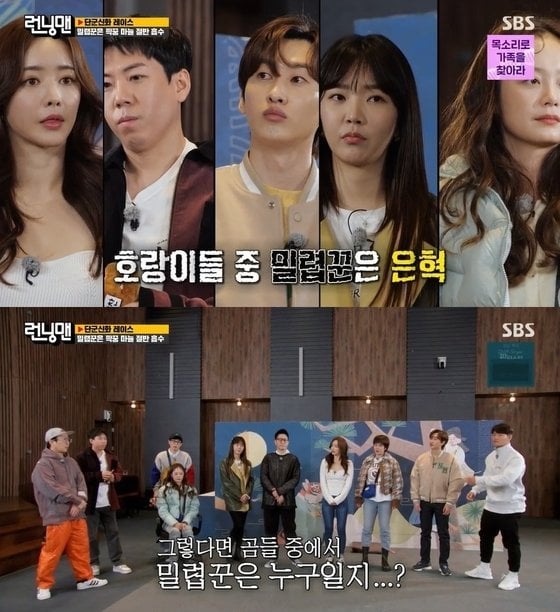 For lunch, the cast and guests were given pizza to eat, but the Tigers on each team (those born in 1986, the Year of the Tiger) had an extra mission: to call an acquaintance and eat pizza for 100 seconds while on the phone with them. If the person they were on the phone with said, “Are you eating something?”, then they would fail their mission.

Yang Se Chan was on a team with Yoo Jae Suk and called Jo Se Ho, who was working out in Gangnam and getting ready to go home. Jo Se Ho naturally carried on a conversation with Yang Se Chan and Jun So Min despite Yang Se Chan obviously shoving food into his mouth. Hong Soo Ah called her friend from the United States who plays tennis but failed the mission in about ten seconds. 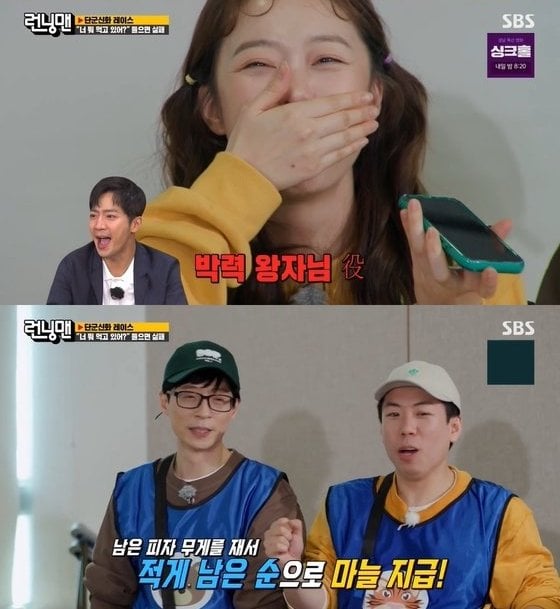 Jun So Min called Lee Sang Yeob and pretended to be calling about her recent foot fracture. Lee Sang Yeob quickly caught on that the call was being filmed, so he began acting, thinking that this was the mission. He faked overwhelming concern for Jun So Min and declared, “So Min, are you hurt? Where are you? I’ll go to you right now! Did you hurt your teeth as well?” and yelled her name, causing everyone to crack up laughing. In any case, Jun So Min successfully completed her mission. Yang Se Chan then tried to trick Lee Sang Yeob into actually going to Dosan Park for a “mission,” but Yoo Jae Suk fended him off. 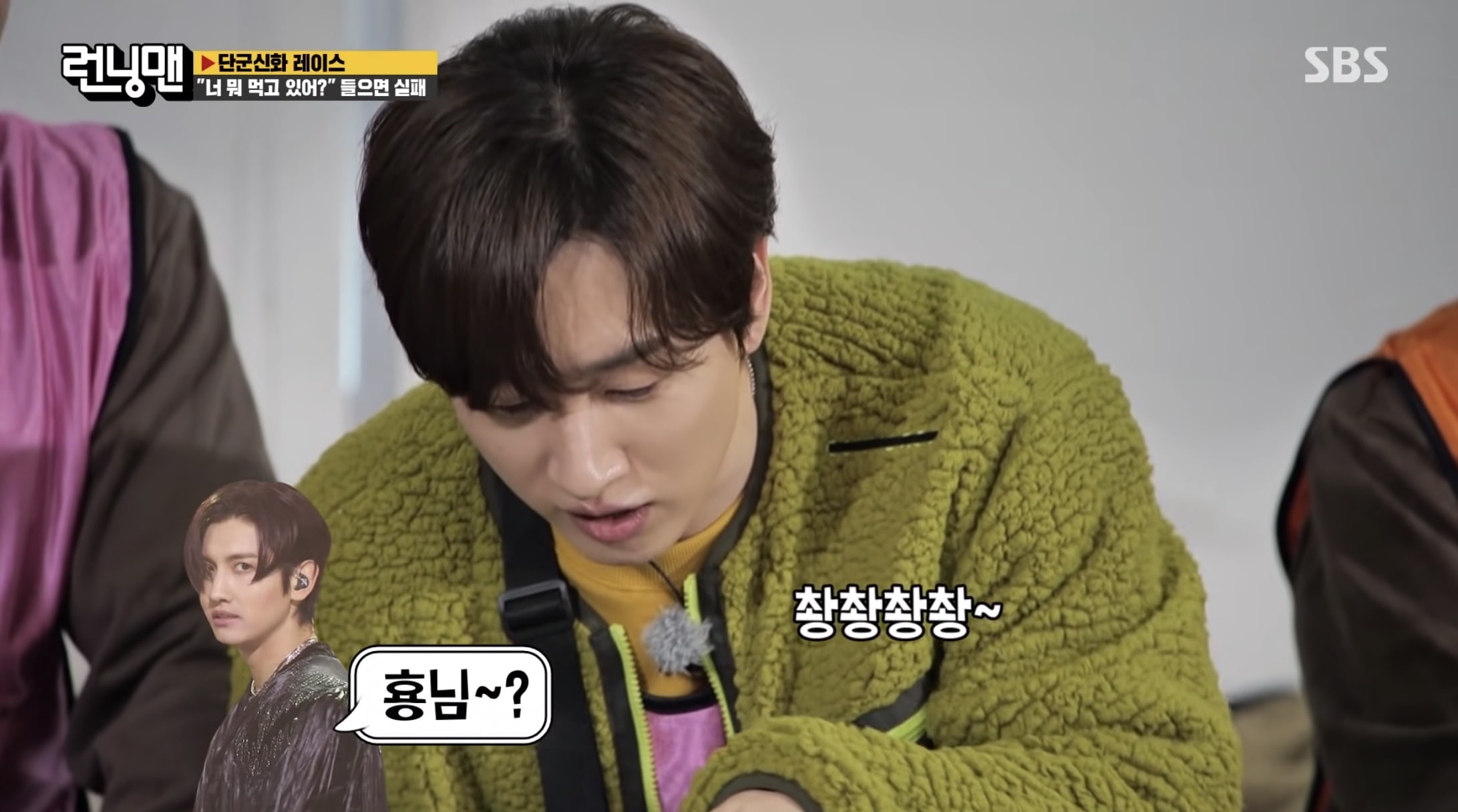 Super Junior’s Eunhyuk called TVXQ’s Changmin and succeeded after getting Changmin to sing his new songs, “Devil” and Fever,” which he did happily until the time was up.