Ahn Eun Jin and Kim Kyung Nam continue to live on the run in “The One and Only”!

“The One and Only” is an emotional drama starring Ahn Eun Jin, Red Velvet’s Joy, and Kang Ye Won as three terminally ill women who meet at a hospice and decide to take down one bad guy before they die — and end up meeting the most valuable person of their lives.

In the previous episode, Pyo In Sook (Ahn Eun Jin) and Min Woo Chun (Kim Kyung Nam) were put out on a public wanted list, causing them to flee from other people as much as possible. While on the run from the investigation team, they accidentally run into team leader Hwang Ma Jin (Lee Bong Ryun), raising the tension. However, the two manage to stay on the run.

In the new stills, Pyo In Sook and Min Woo Chun are back in a surprisingly familiar location. Surrounded by brick walls and odds and ends, they are in the storage space of the Morning Light hospice. Pinning their hopes on the idea that this will be the last place anyone expects them to return to, they have sought safety back in the hospice. 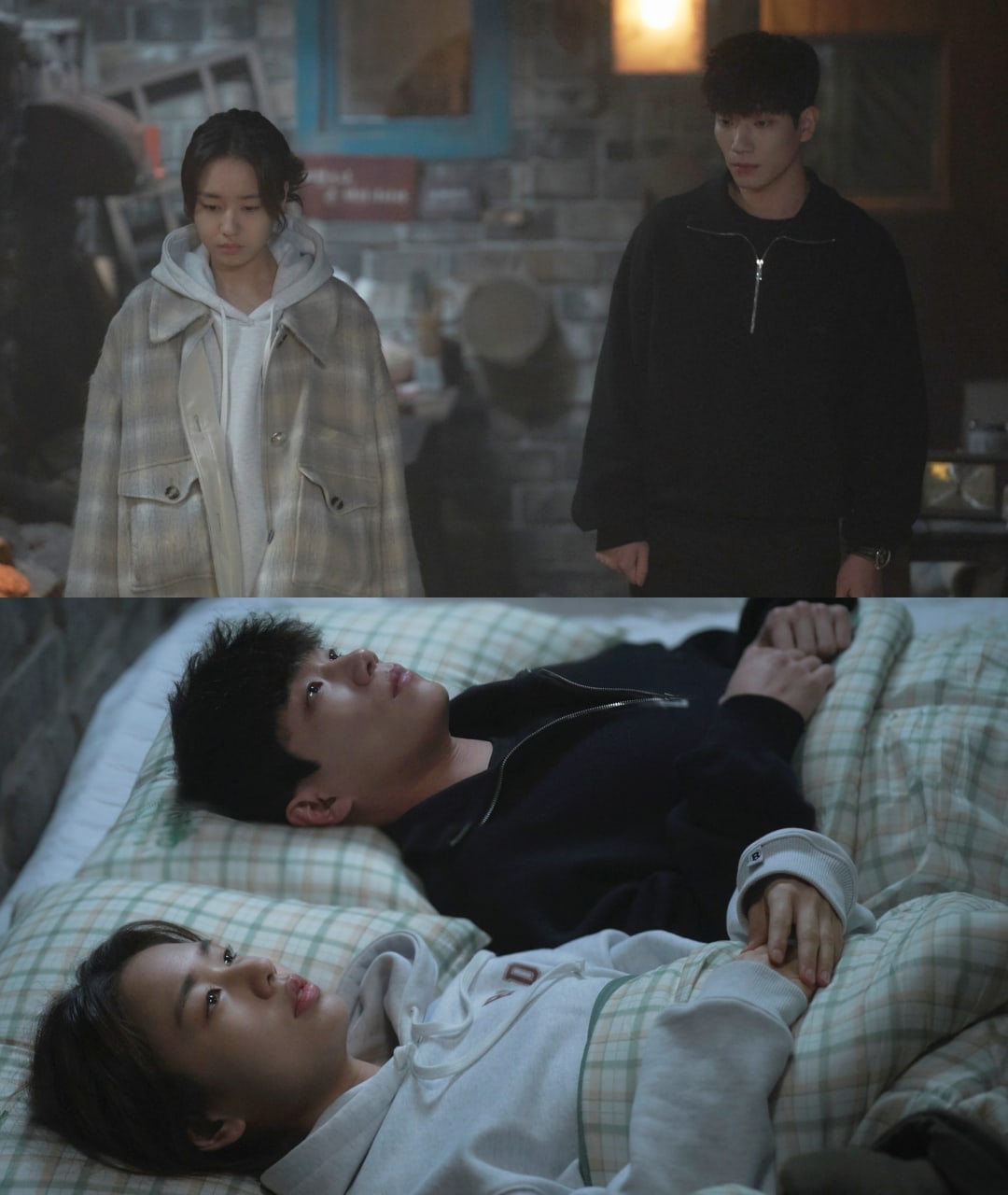 In the storage space, the two of them share their memories with each other. Pyo In Sook and Min Woo Chun first met on a murder scene as suspect and witness. After that, Pyo In Sook stole witness Min Woo Chun’s wallet, and when he realized what had happened, he came to the hospice to find her. As he began to shout at her, Sung Mi Do (Joy) clocked him on the head and he lost consciousness and was trapped inside the storage space.

This is also the space where the two first realized how much they could relate to each other and their subsequent feelings of affection. Min Woo Chun realized how lonely Pyo In Sook’s life had been, and deeply empathized with her feelings, enabling the couple to grow closer.

Watch “The One and Only” below!