Lee Yoo Mi, Park Ji Hu, Yoon Chan Young, Cho Yi Hyun, And Lomon Talk About Auditioning For “All Of Us Are Dead,” The Drama’s Global Success, And More

The cast of “All of Us Are Dead” are featured in the latest issue of Cosmopolitan Korea!

“All of Us Are Dead” is a Netflix series about a group of students waiting to be rescued after a zombie virus breaks out at their school. Within a day of its official release on January 28, the show rose to the No. 1 spot on Netflix charts in 25 countries around the globe.

Lee Yoo Mi shared, “During my first audition, I thought I failed because I forgot a lot of my lines. Later, I asked the director why he cast me as Na Yeon and he said that he had seen the trailer for my film ‘Young Adult Matters.’ That image and [my character] Se Jin from the film ‘Park Hwa Young’ must have been memorable [to him].”

Park Ji Hu added, “Honestly, the director sent me a message yesterday. He sent me a very poetic message saying I caught his eye because I felt like a kid who was bright, bold, and like an ocean that wouldn’t get wet from rain. I was so touched. Although he did add, ‘But you’re not a kid anymore.’ I turned 20 years old [by Korean reckoning] this year.”

Yoo Chan Young chimed in, “Ah! He said the same thing to me!” He continued, “Before we began the project, he wrote ‘Don’t get wet from rain. Carpe Diem’ on a note for me, so I set it as my phone background.” 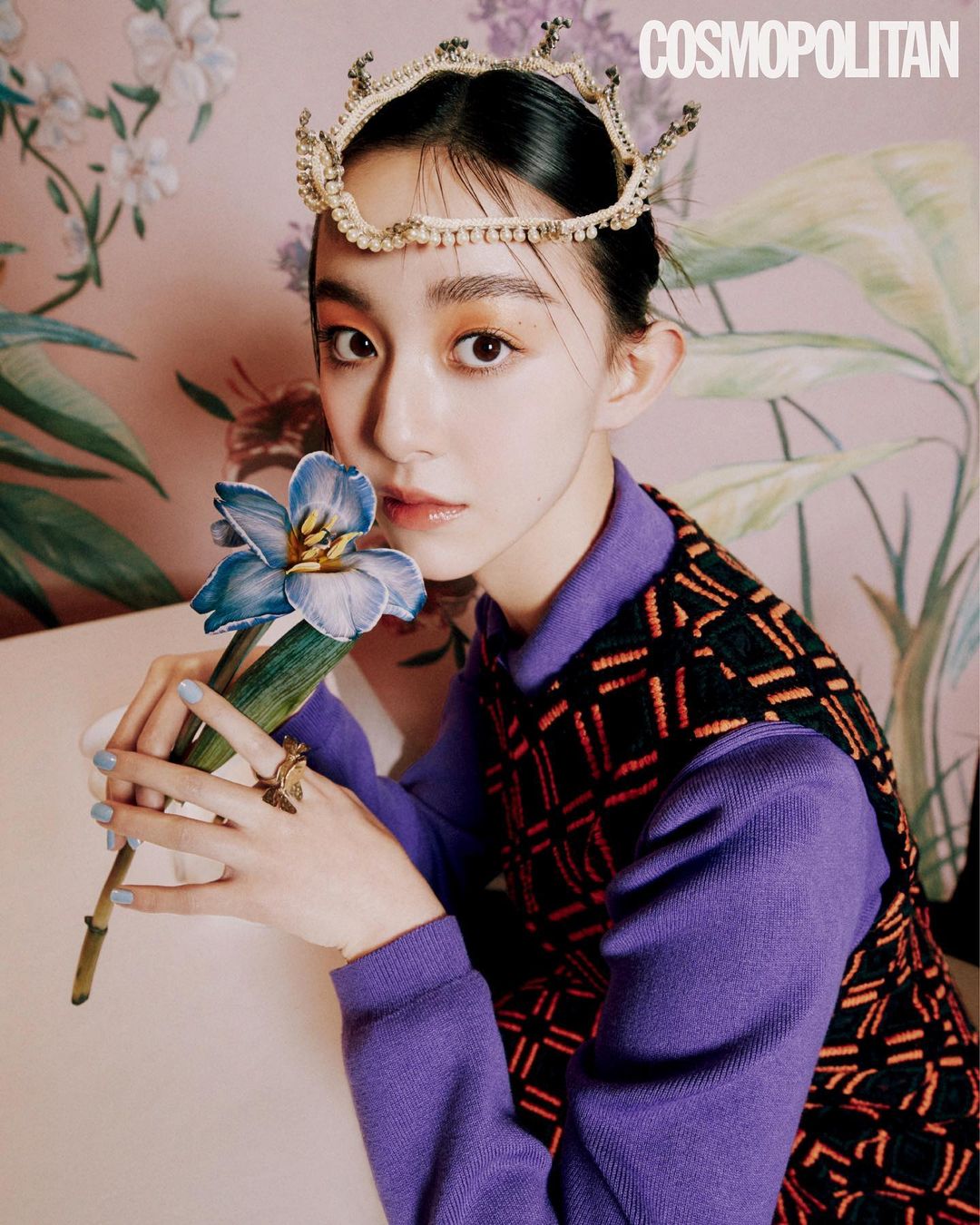 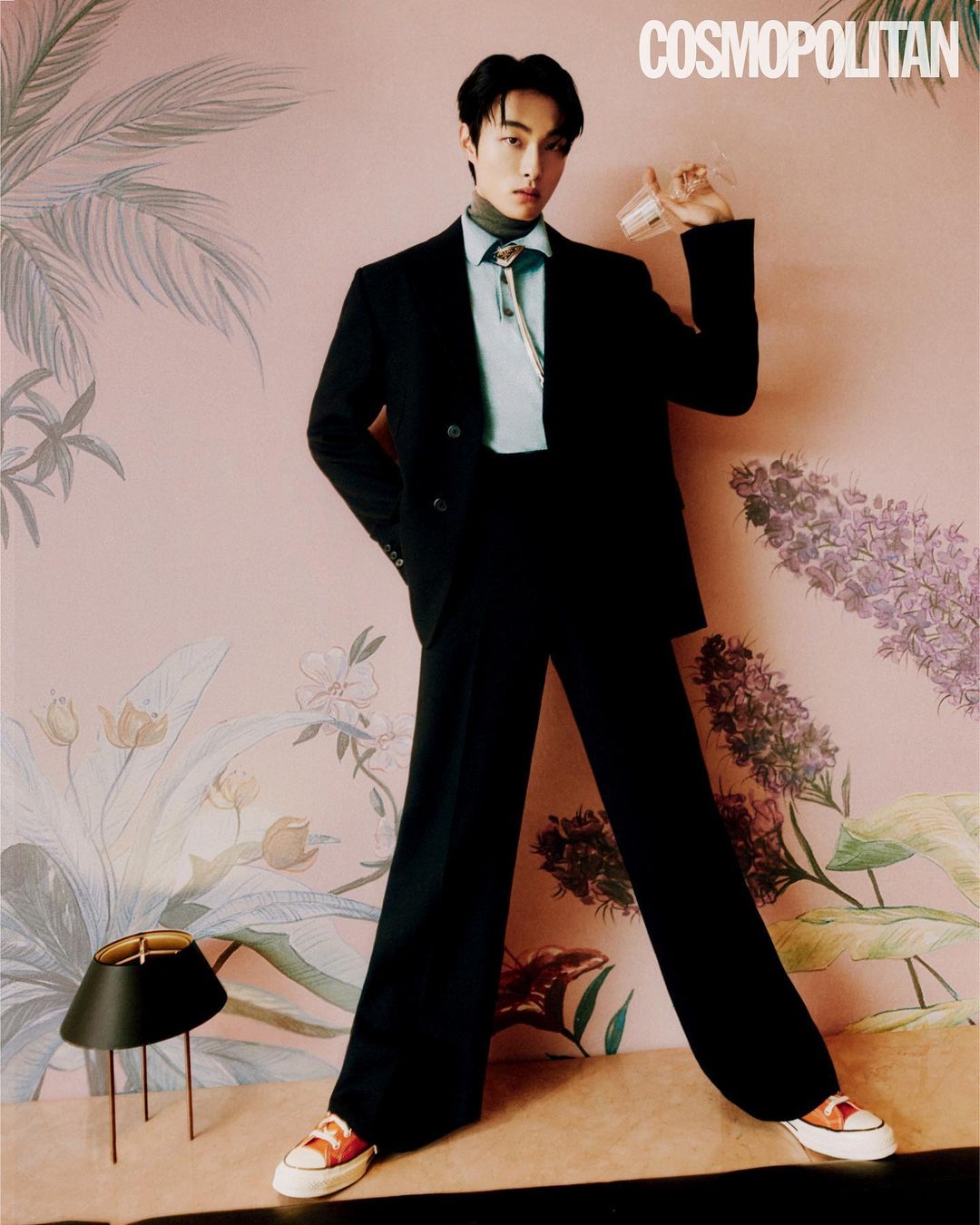 Cho Yi Hyun explained, “During a meeting, [the director] asked what kind of genre I wanted to do. Before I filmed ‘Hospital Playlist,’ I mostly did roles where I shed lots of blood, sweat, and tears so I said, ‘I want to do something calm. I want to stop with the blood, sweat, and tears.’ He replied, ‘What do we do? This is a zombie project.'” She continued, “Fortunately, I really like zombie projects. If I’m going to spill blood ambiguously, I might as well spill it impetuously. Bawling your eyes out can look cool too.”

The cast also shared that the speedy zombies featured in Korean zombie stories is what they think draws in a global audience. Cho Yi Hyun shared that they all had to attend action school for this reason and explained, “Even if we didn’t have action scenes where we were fighting with the zombies, we needed a lot of stamina just to run away from them.” 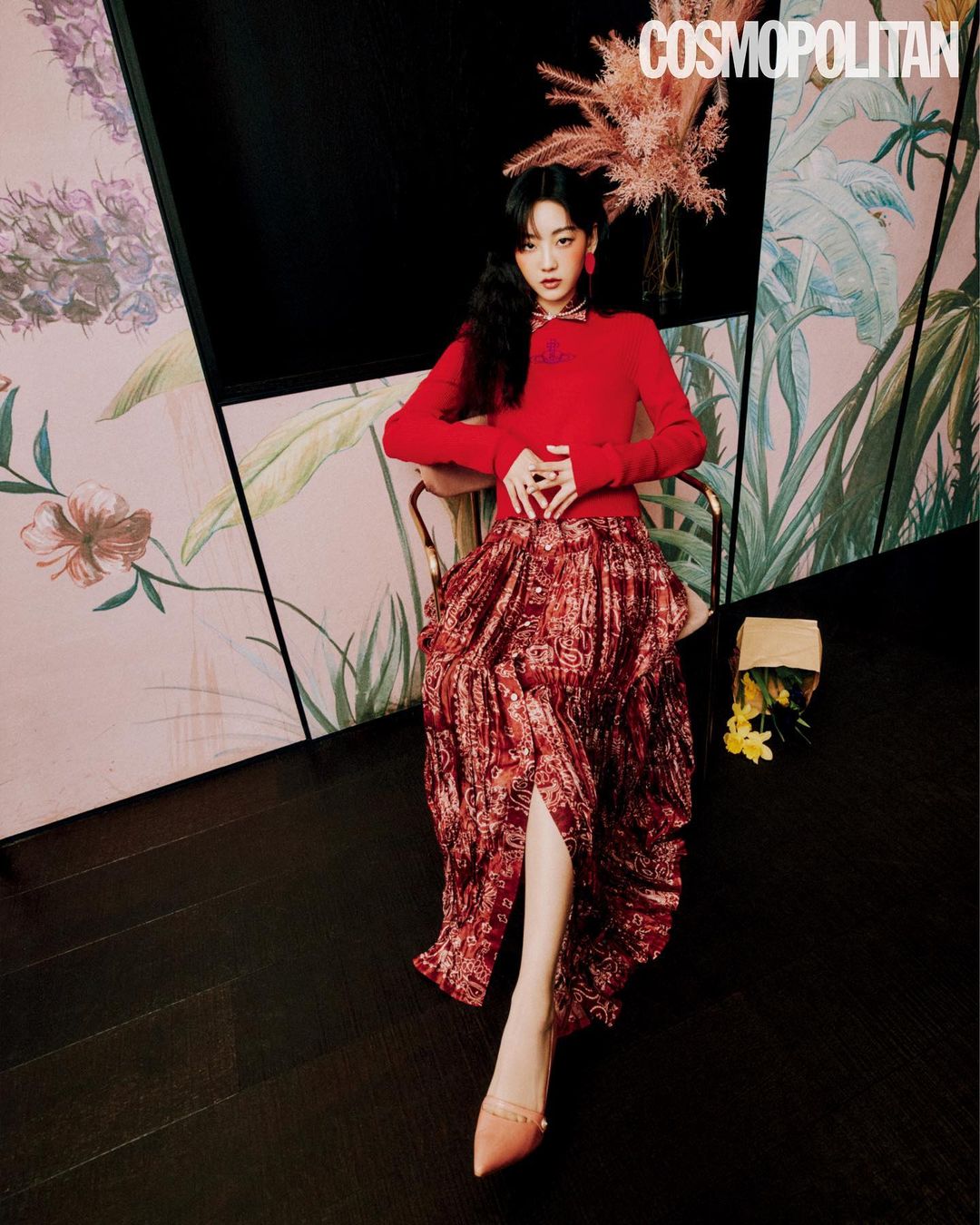 Lomon added, “More than anything, there’s drama in ‘All of Us Are Dead.’ In addition to the zombies, it draws out the relationships of friendship and love among friends. 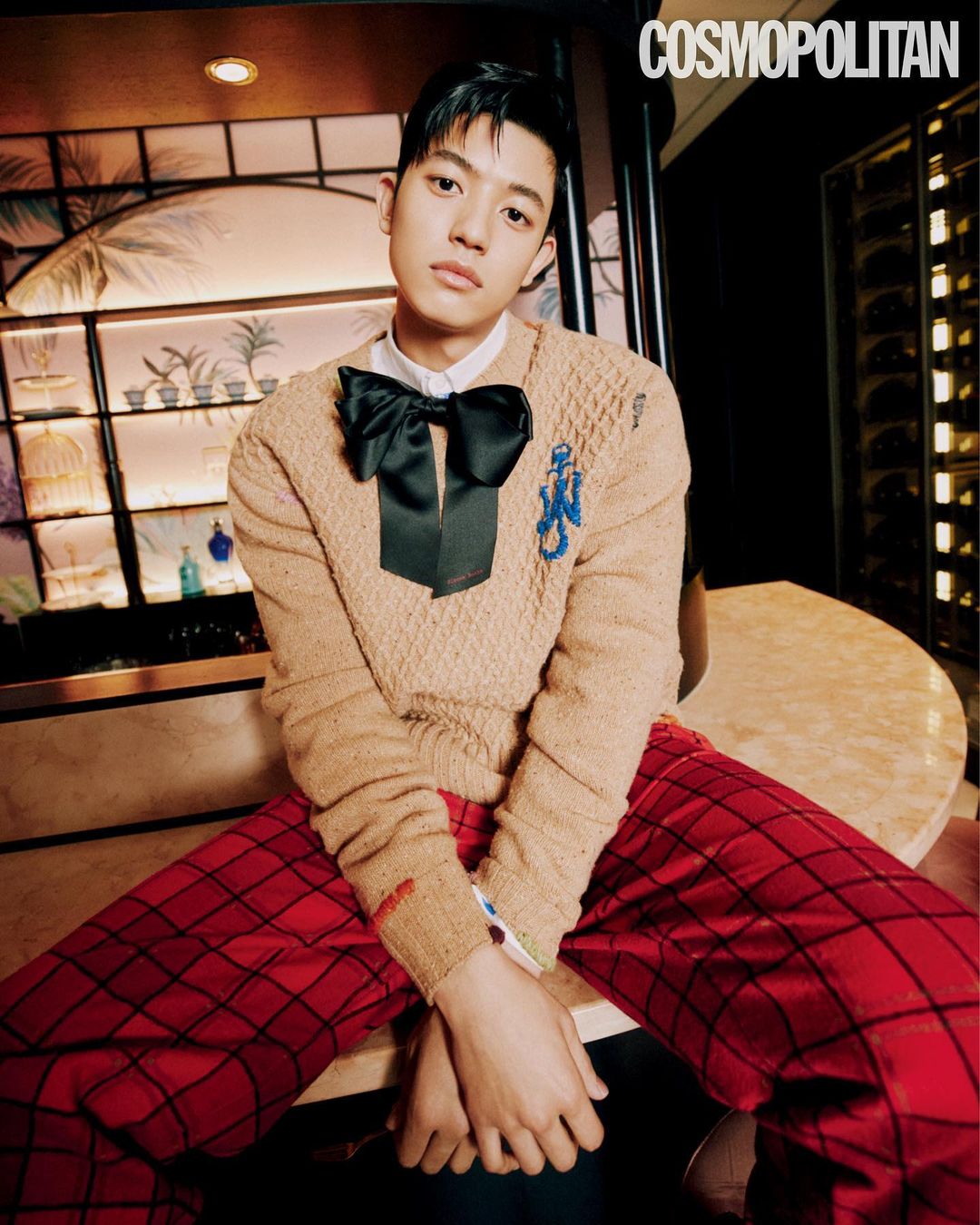 In the middle of a tense situation where all the students should work together, Lee Yoo Mi plays the mean and unfriendly role of Na Yeon, after previously receiving so much love for her role as the sweet Ji Young in “Squid Game.”

Lee Yoo Mi explained why she still can’t hate Na Yeon, saying, “Na Yeon is someone who’s really faithful to the emotions she feels. However, on the other hand, since she’s the most humane, if you dwell on it again, there are aspects you come to understand about why Na Yeon acted that way.”

Yoo Chan Young chimed in, “Although Na Yeon’s personality is a bit off, she doesn’t say anything that isn’t true. In real life, you need someone like that.”

Laughing, Lee Yoo Mi defended Na Yeon’s personality and added, “She has no choice but to be in a rush because she has to survive. Her desire to live was just expressed in a different way. Na Yeon does what she can because she’s human. That’s why I think people feel pity [for her]. If she’s really mean, that means I acted well, right? If I receive hate, I will think that I did as well as the amount of hate I receive. It’s fine if you send hate and it’s fine if you pity her.” 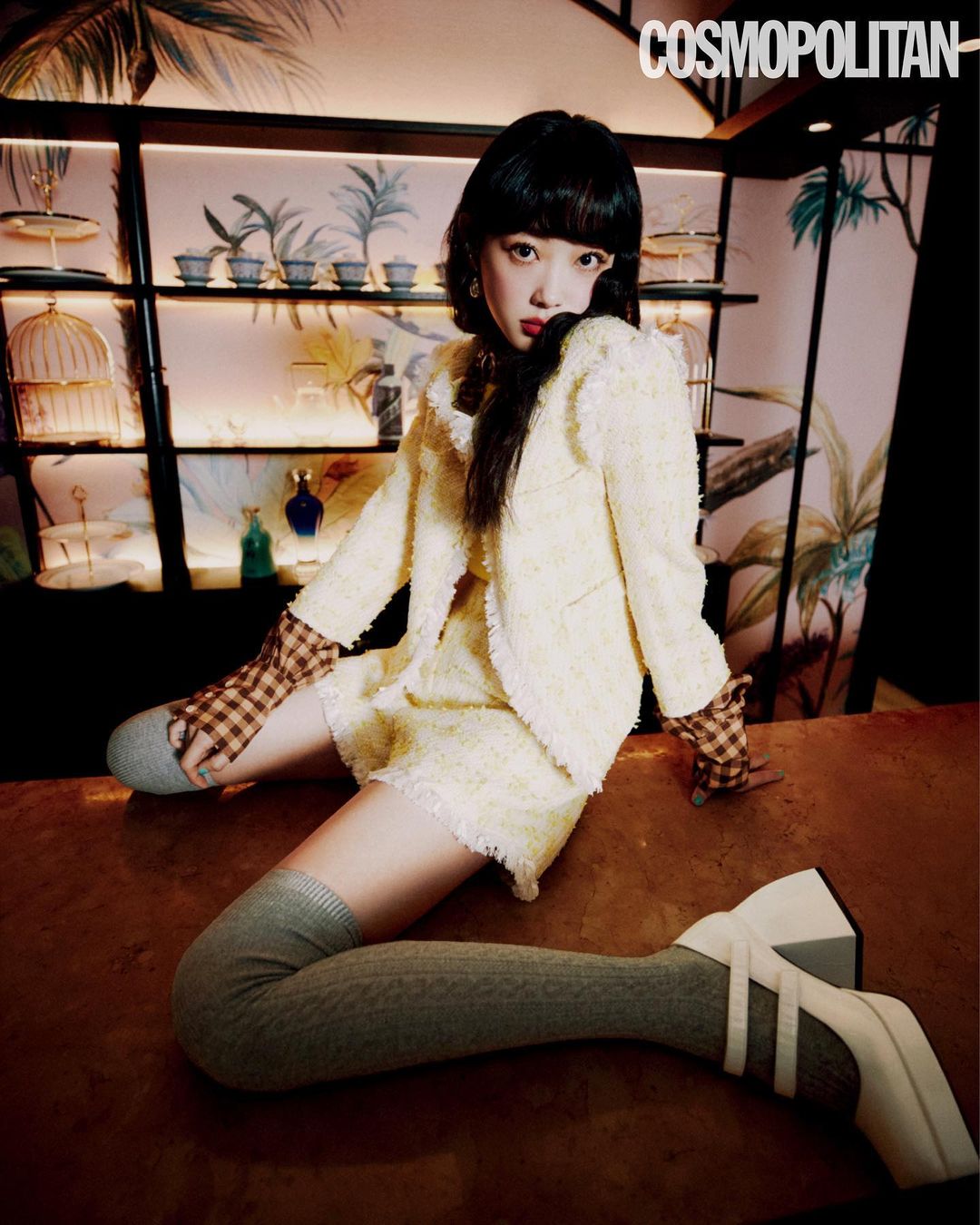 Given the global success of the drama, the cast was asked which celebrity they hope notices them. As Lee Yoo Mi has already seen her followers on social media skyrocket after “Squid Game,” she explained that she was most excited to receive a follow from actress Chun Woo Hee.

Park Ji Hu chose Timothée Chalamet while Cho Yi Hyun picked Zendaya. Yoo Chan Young picked soccer player Son Heung Min and added, “Once, [soccer player] Dele Alli uploaded a scene from ‘Squid Game’ with Lee Yoo Mi onto his social media. You have no idea how jealous I was.” Lastly, Lomon shared that he wanted to be close friends with rapper Drake and hoped to receive a follow from Lee Byung Hun.

Regarding the atmosphere on set, Cho Yi Hyun commented, “We had already become close before filming began. We met a lot at the director’s office for meetings but he set up a lot of opportunities for us to grow closer by telling us to play games and hang out together without looking at the script. We also attended action school together for several months and would go out to eat and to cafés when we were done. As a result, we were able to talk about a lot of things regarding acting and showcase good synergy.” 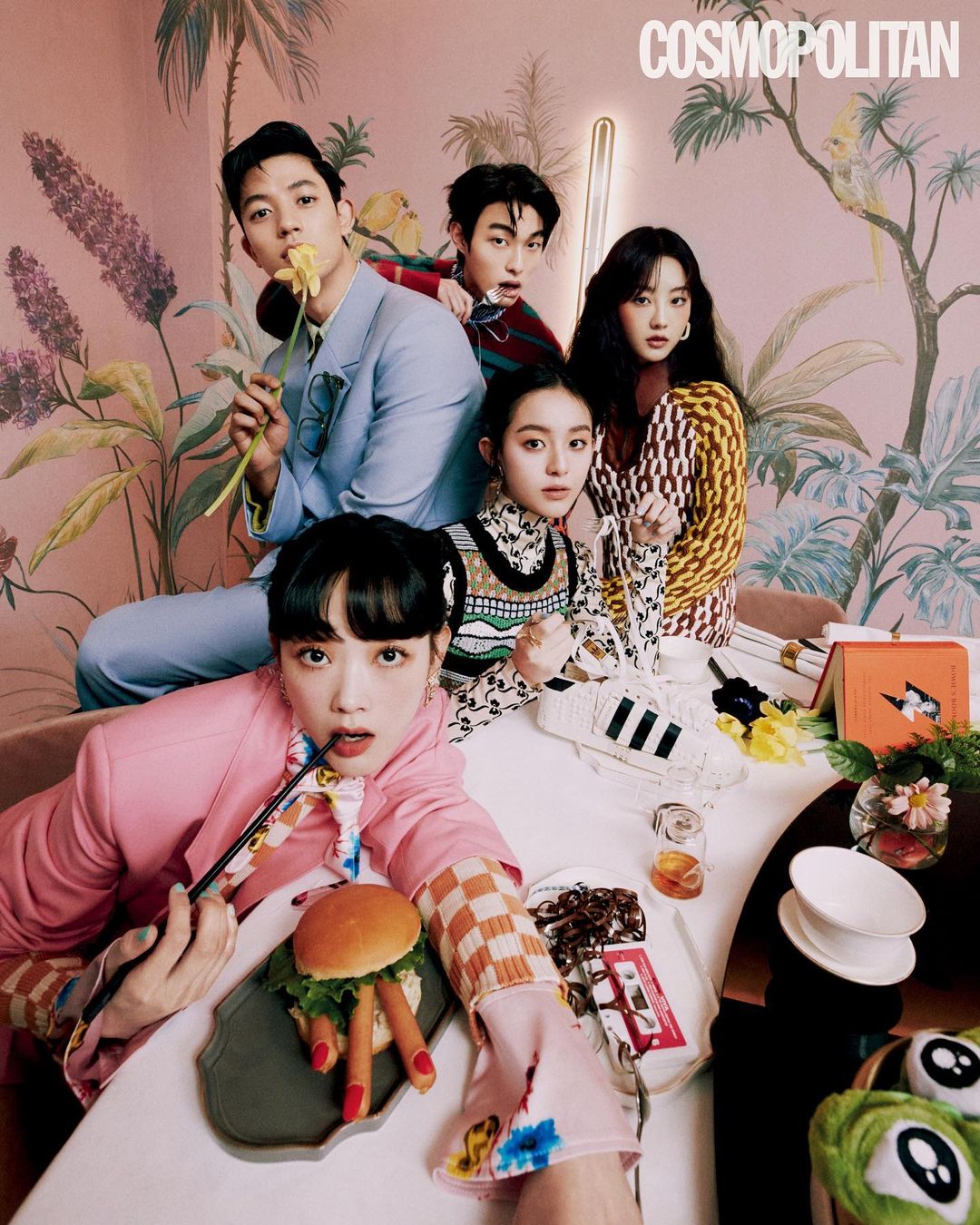 Yoon Chan Young
Cosmopolitan
Lee Yoo Mi
Cho Yi Hyun
Park Ji Hu
All of Us Are Dead
Lomon
How does this article make you feel?