Even though the drama has yet to finish, “Bulgasal” has already left an impact on viewers with its memorable scenes and lines.

tvN’s “Bulgasal” is a fantasy drama starring Lee Jin Wook as Dan Hwal, a bulgasal (a mythical creature that does not die or age) who was once human centuries ago. Kwon Nara stars as Min Sang Woon, a woman who is repeatedly reincarnated while fleeing the bulgasal, but remembers all her past lives.

Throughout the drama, the two have faced drastic emotions and key changes that have remained as meaningfully memorable scenes for viewers. Here are some of the best scenes and lines from “Bulgasal” so far!

1. Episode 2: “You’ve created new karma that has once again led to retribution.”

600 years ago, Dan Hwal forgot his past life as a bulgasal and was reincarnated as a human. However, when he’s crying out after seeing his family die tragic deaths, Dan Hwal is suddenly stabbed by a female bulgasal (played by Kwon Nara). She is then able to absorb his soul and reincarnate into a human herself.

Once Dan Hwal becomes a bulgasal again, he blames the female bulgasal for the death of his family, eventually stabbing her back. She then cries tears of resentment and mentions their repeating karma. This was the signal that made viewers even more curious about the two’s hidden history. 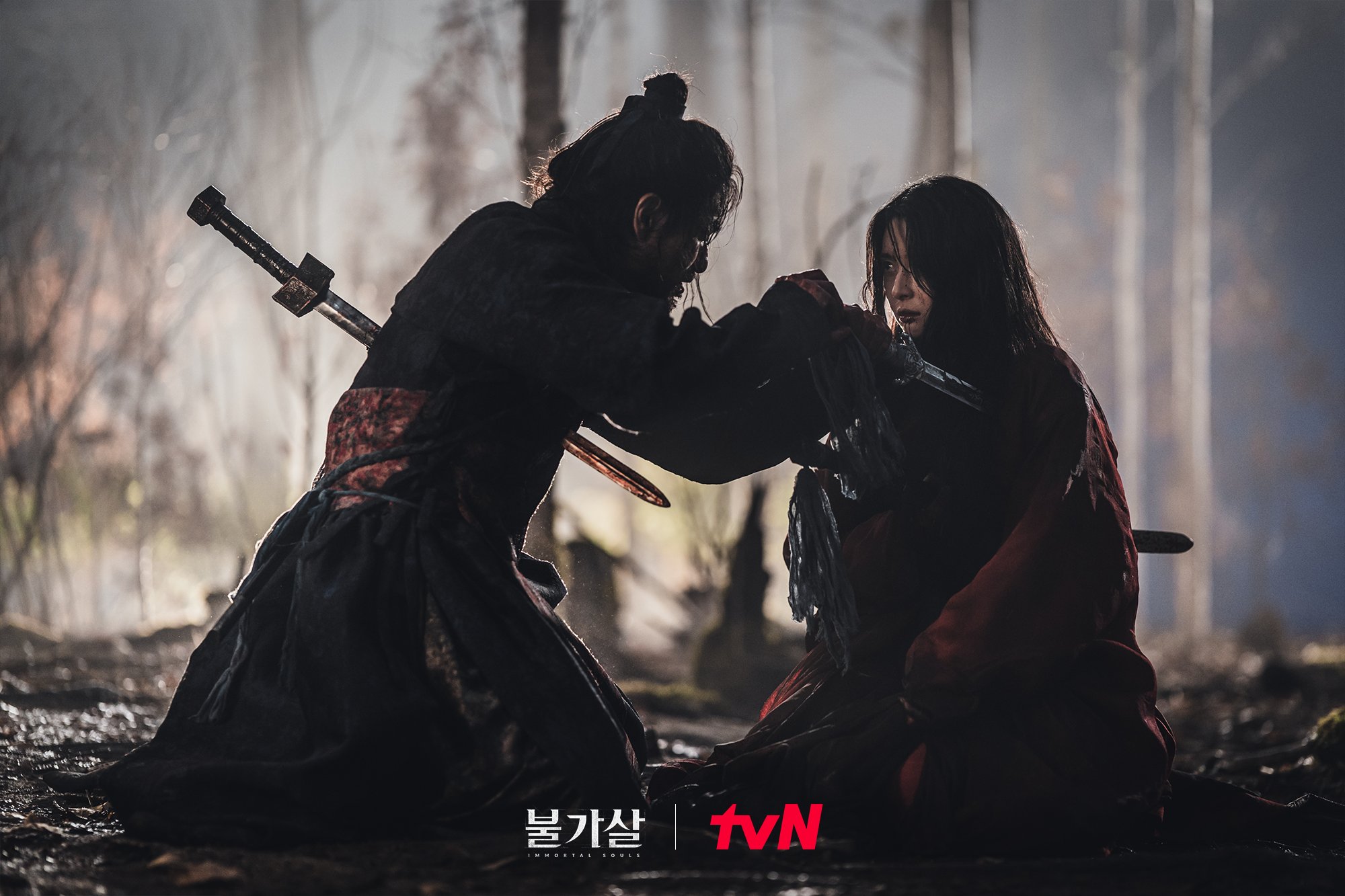 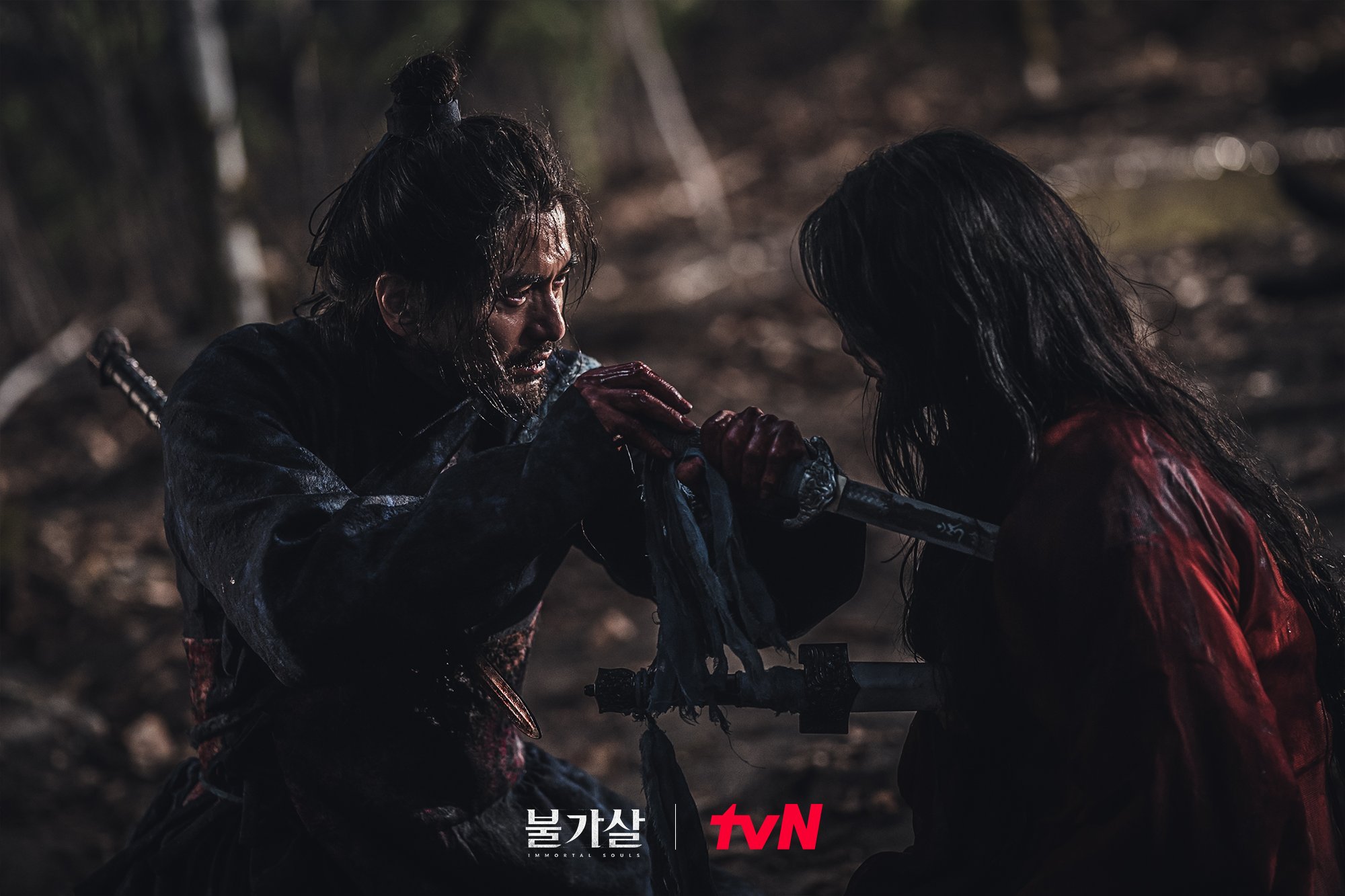 This is the moment when Dan Hwal starts looking at the present rather than focusing on the revenge of his past life from 600 years prior, while Min Sang Woon also becomes aware of her emotions. Before it’s revealed that Ok Eul Tae (Lee Joon) is responsible for the deaths of Dan Hwal’s family, Dan Hwal considers the female bulgasal as his enemy, even initially hating the reincarnated Min Sang Woon.

However, Min Sang Woon’s innocence, honesty, and down-to-earth personality makes Dan Hwal remorseful, making him finally view her for who she is now. When he finally tells her, “My name is Dan Hwal,” it symbolizes him breaking down the wall that he had so firmly put up between them. Additionally, when Min Sang Woon is faced with the realization that Dan Hwal may die with Ok Eul Tae, she admits her feelings for him. She confesses, “You’ve become more important than my revenge,” which causes a shift in their relationship. 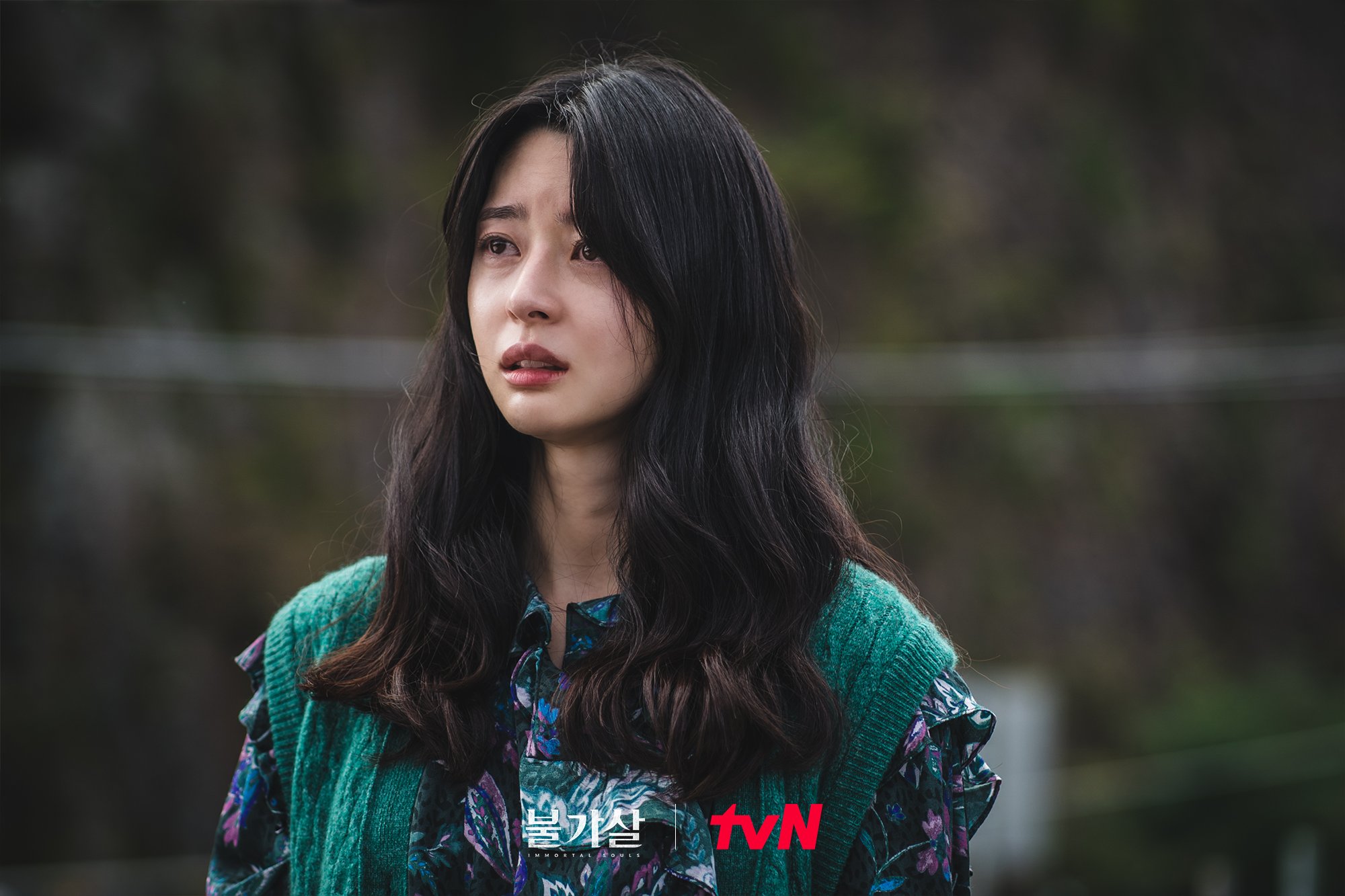 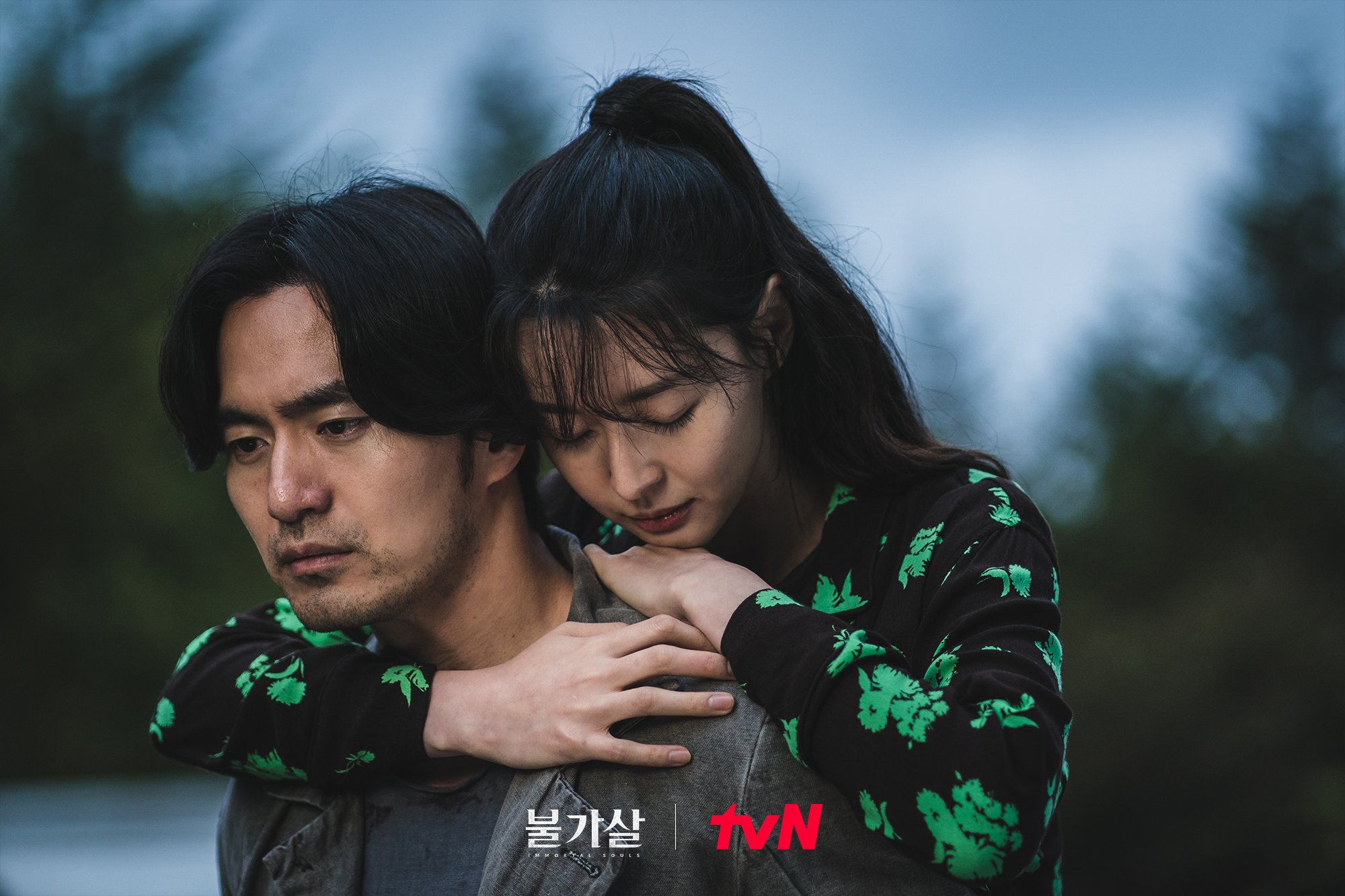 Episode 12 of “Bulgasal” went back 1000 years ago to reveal the shocking past lives of both Dan Hwal and Min Sang Woon. As a bulgasal, Dan Hwal stood covered in blood among dead bodies with a mysteriously cruel smile. This creepy scene left a dramatic impact on viewers because it was a completely different image from present-day Dan Hwal who is always humane, even though he is still a bulgasal.

On the other hand, Min Sang Woon was the mysterious female bulgasal in her past life 1000 years ago. Not only was she mysterious, she was also full of rage as she angrily sprinted towards Dan Hwal while holding a sword. Because these past bulgasals are so different from their current selves, this scene left viewers begging for more answers about what exactly happened 1000 years ago. 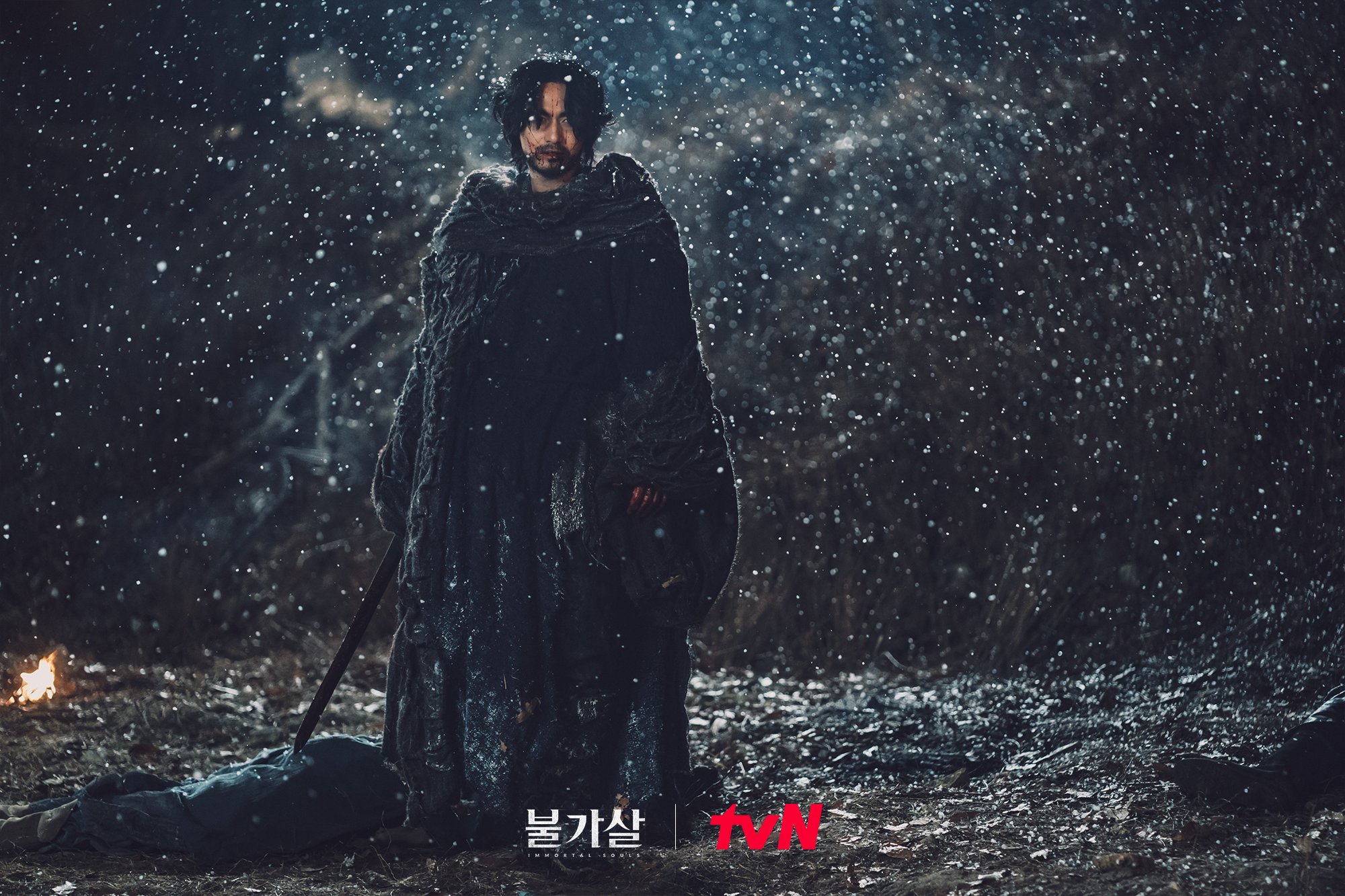 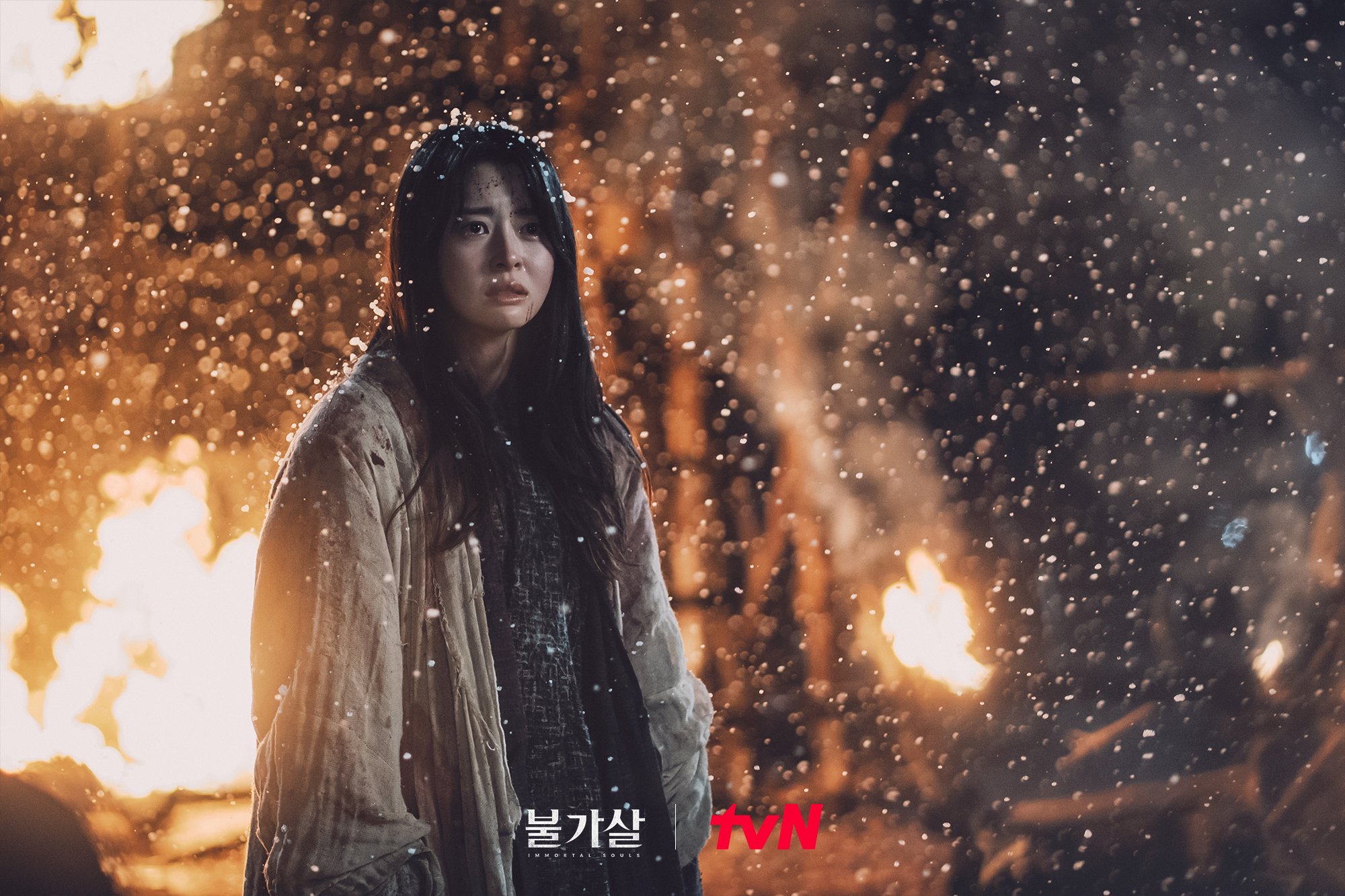 When Dan Hwal loses Hye Seok (Park Myung Shin), he cries out as he reflects on their memories. Dan Hwal also expresses regret for treating Hye Seok so coldly due to trauma from an ill-fated relationship in his past life that has made him afraid to show affection.

After living alone for so many years, Dan Hwal originally thought that he would eventually become numb. However, this moment makes all the loneliness and pain of his family’s death come back to him as he explains, “Hell doesn’t end.” In response, Min Sang Woon holds him in her arms and comforts him saying, “I will protect you.” 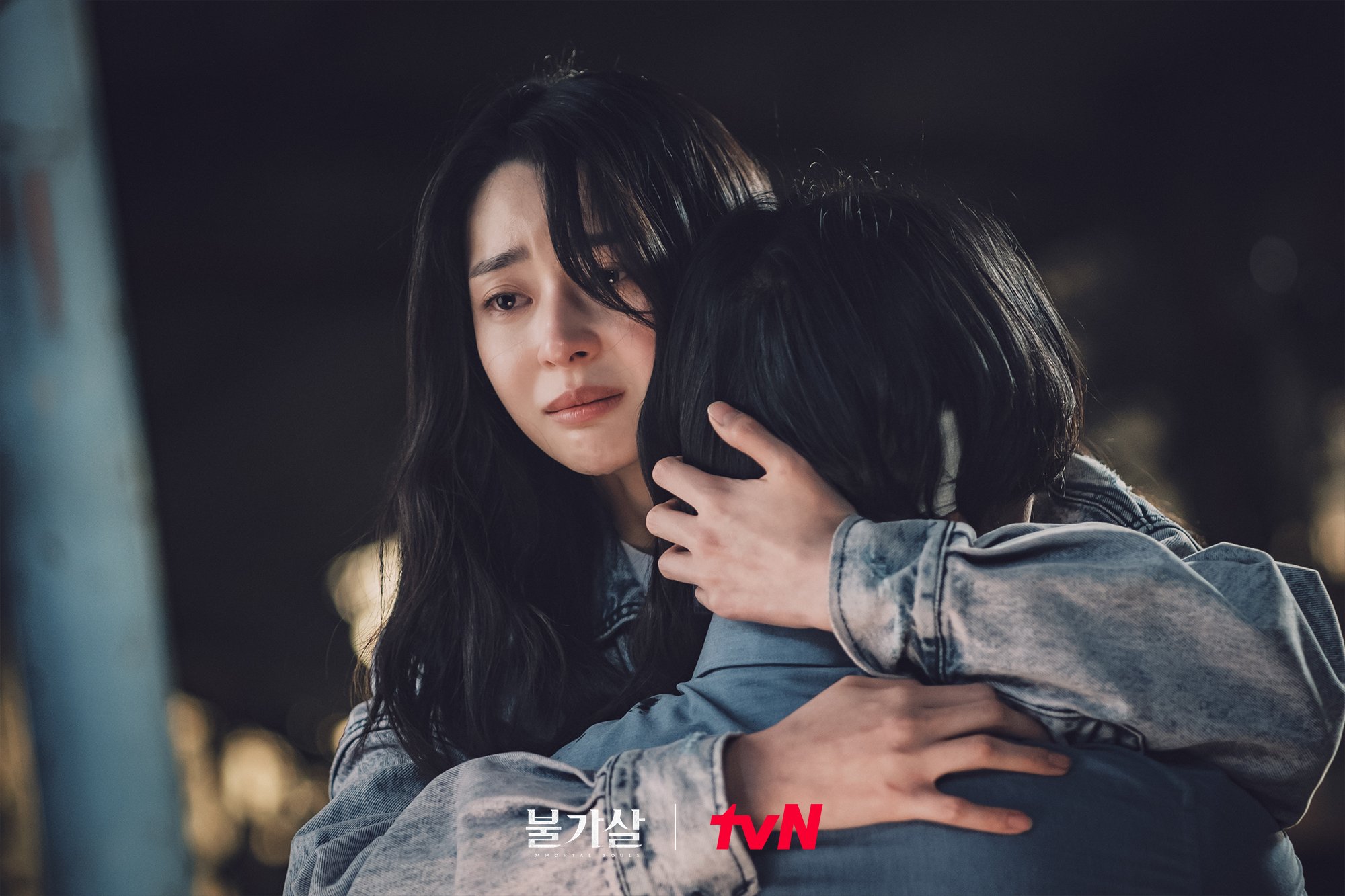 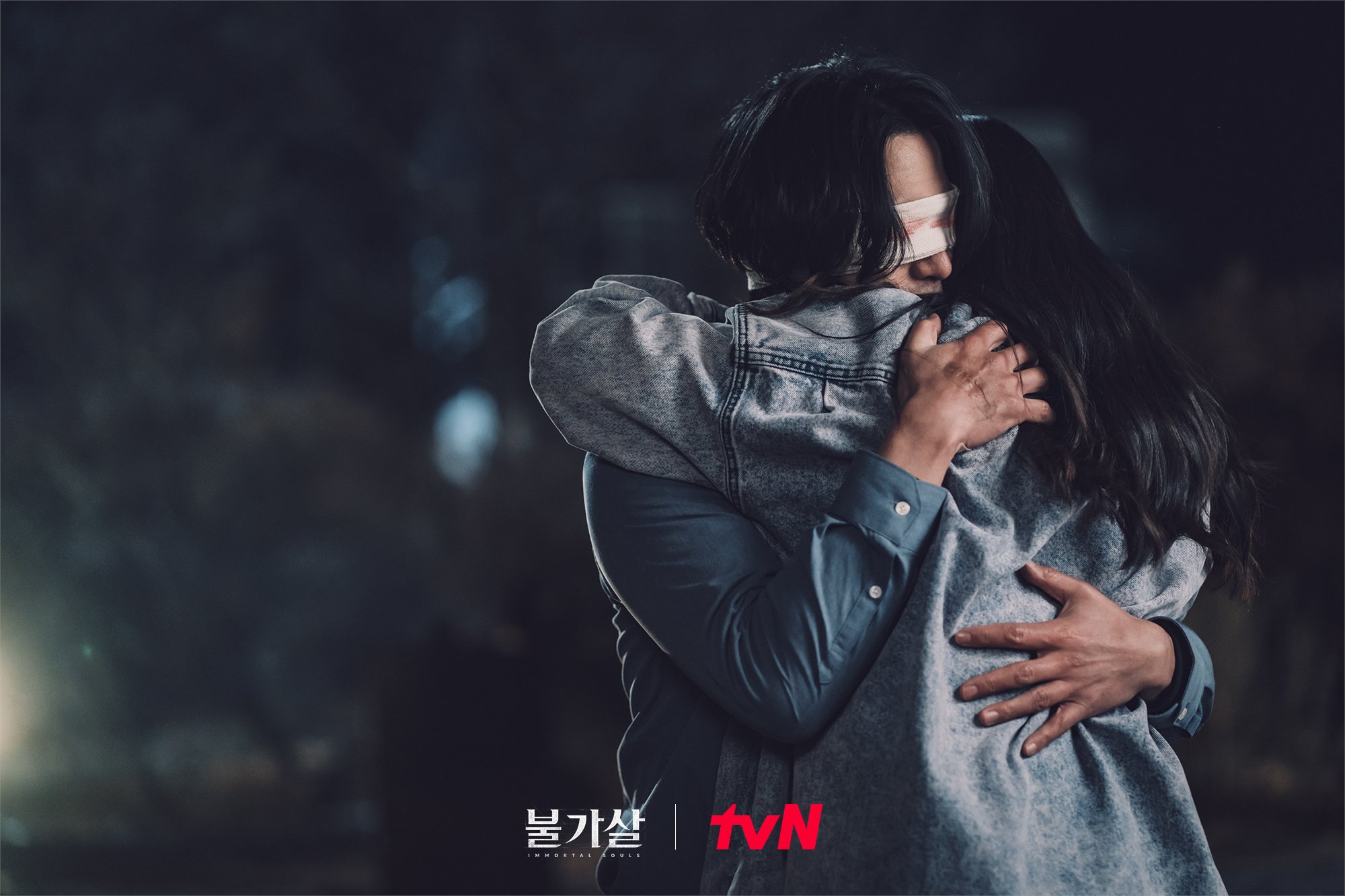 The next episode of “Bulgasal” will air on February 5 at 9 p.m. KST.