Starring Jin Goo, Ha Do Kwon, and Lee Won Geun, the upcoming thriller drama is about the 24-hour nightmare of an ordinary man who has to save his kidnapped daughter by murdering the serial killer who lives next door. Based on a webtoon of the same name, “A Superior Day” is helmed by Jo Nam Hyung who directed the 2021 tvN Drama Stage special “Substitute Human.”

Jin Goo stars as Lee Ho Chul, a firefighter who has to rescue his kidnapped daughter, Ha Do Kwon is cast as Bae Tae Jin, a professional hitman who is chasing the serial killer, and Lee Won Geun takes on the role of Kwon Si Woo, a serial killer who believes himself to be superior to everyone else in the world.

In the first poster, Lee Ho Chul’s face is tinted in black and white as he looks forward with a distressed expression. His face is full of fear, and a crack runs through the center of his face. In the background of the poster is an analog clock, hinting at how the main character is trapped in a 24-hour timeframe. The face of the original webtoon character is also drawn in red on the right side of the broken clock, capturing the likeness between the actor and the character. On the bottom right side of the poster are the words, “My daughter was kidnapped…I have to recall that guy’s face!” 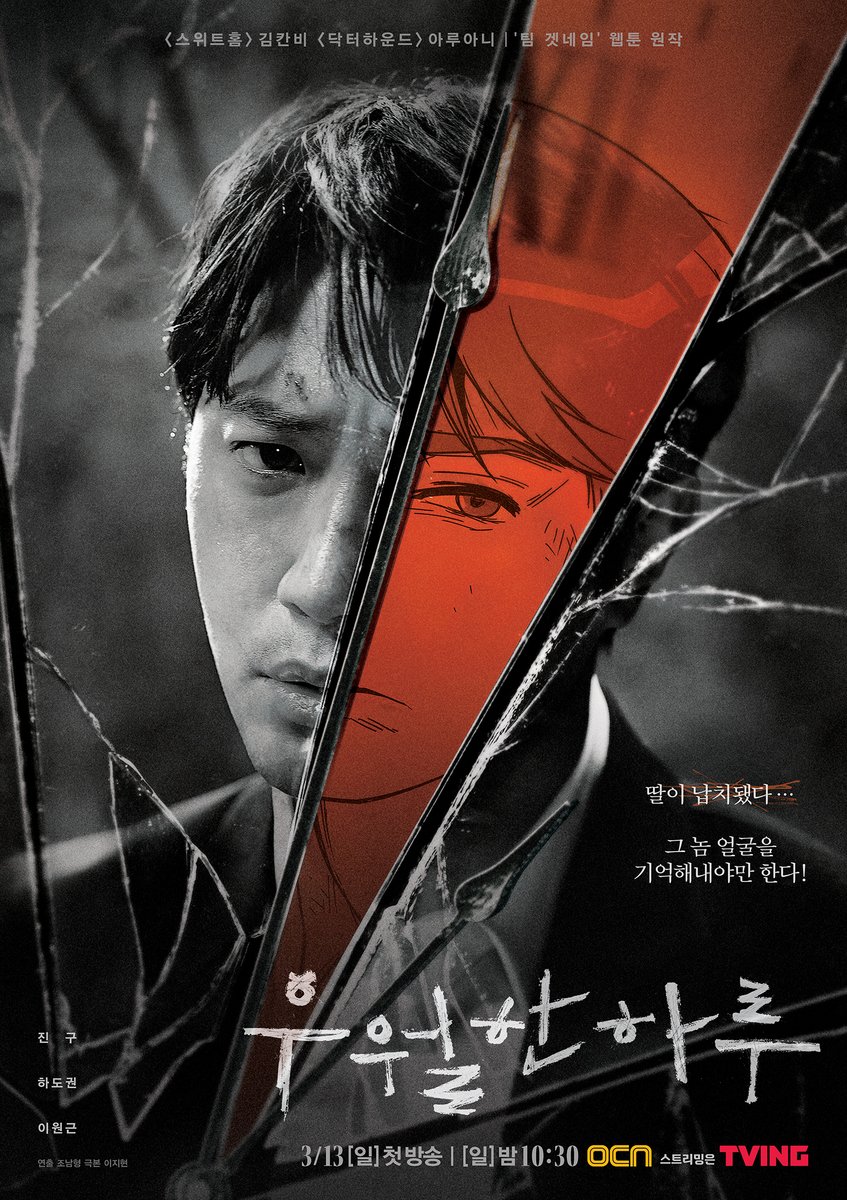 The second poster is an illustration of the original webtoon character in a dark room. His face is slightly scratched and bruised as a light from the doorway peeks through behind him. The mystery behind whose face the character saw and what he encountered is expected to pique viewers’ curiosity. 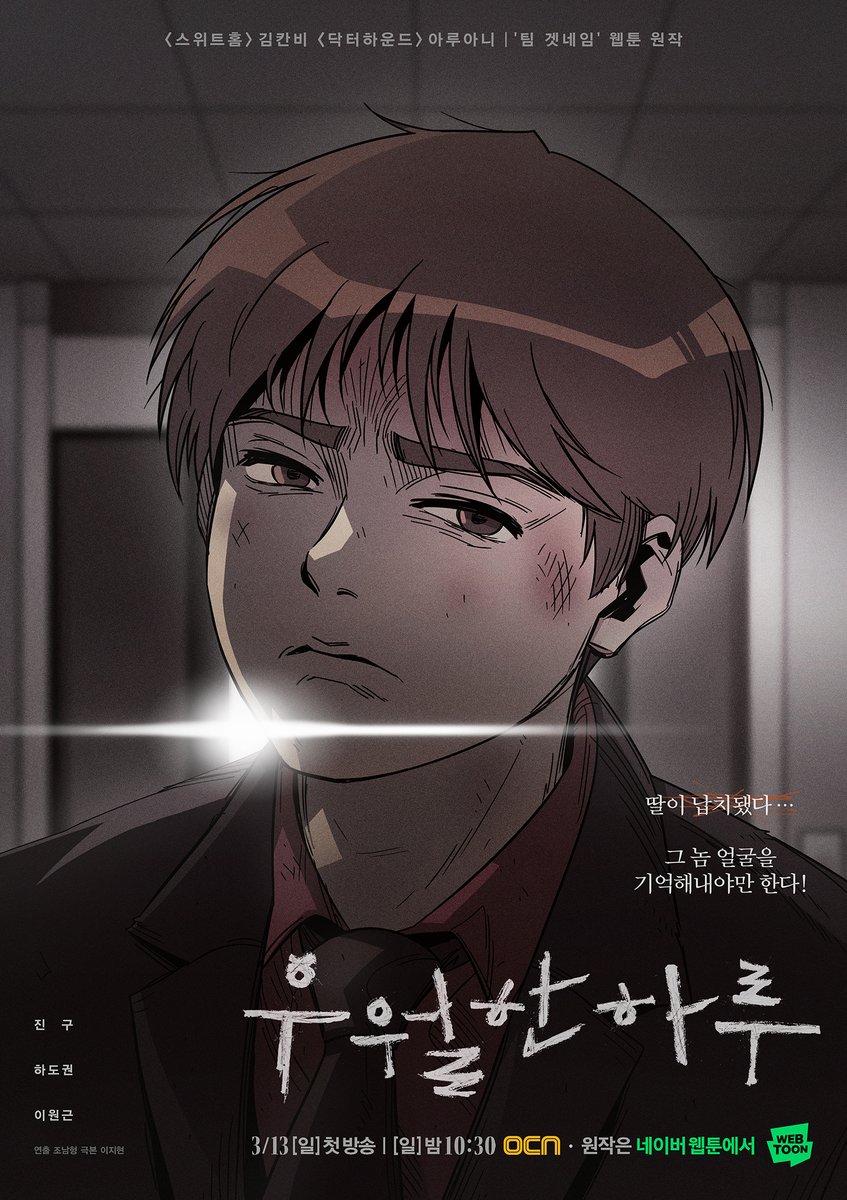 While waiting, watch Jin Goo in “You’re So Precious to Me“: