New character posters for the upcoming drama “Kill Heel” have been released!

“Kill Heel” is a drama that depicts the fierce world of home shopping. It centers around women surviving in a world of competition and power that involves show hosts with diverse personalities. The drama is directed by No Do Cheol of MBC’s “The Emperor: Owner of the Mask,” and the script is written by Shin Kwang Ho, who wrote JTBC’s “Seonam Girls’ High School Investigators.” The show stars Kim Ha Neul, Lee Hye Young, and Kim Sung Ryung.

The first poster shows Woo Hyun (Kim Ha Neul) at a film studio with her hand on her hip while looking off-camera. Woo Hyun’s burning desire is to become the top show host for UNI Home Shopping, and she strives to get out of her stagnant life. Her fierce determination to reach her goal is further highlighted by the words, “Now there’s no place for me to back down. Now I’m going to get what I want,” plastered across the poster. 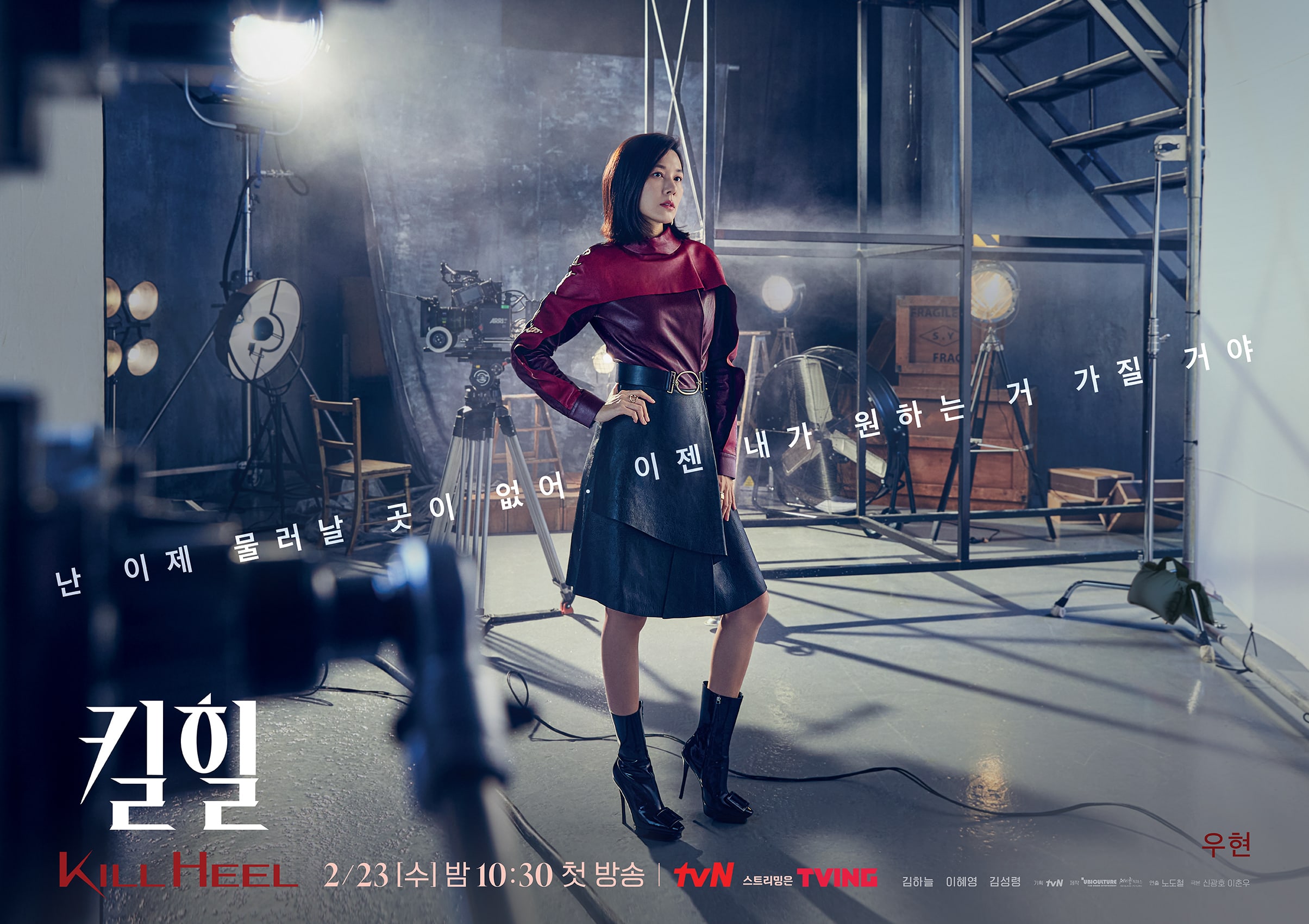 The next poster depicts Mo Ran (Lee Hye Young) sitting down in a chair backstage. She holds a piece of paper in her hand and stares straight at the monitor in front of her. Her purple pantsuit and shiny heels catch the viewers’ eyes as she remains focused on what is in front of her. From her humble beginnings working as an ordinary clerk to becoming the vice president of UNI Home Shopping, Mo Ran’s fight to test the limits is shown by the text accompanying her poster. “A line that shouldn’t be crossed? Why do you guys get to decide that? You insolent things,” crosses the poster from bottom to top. 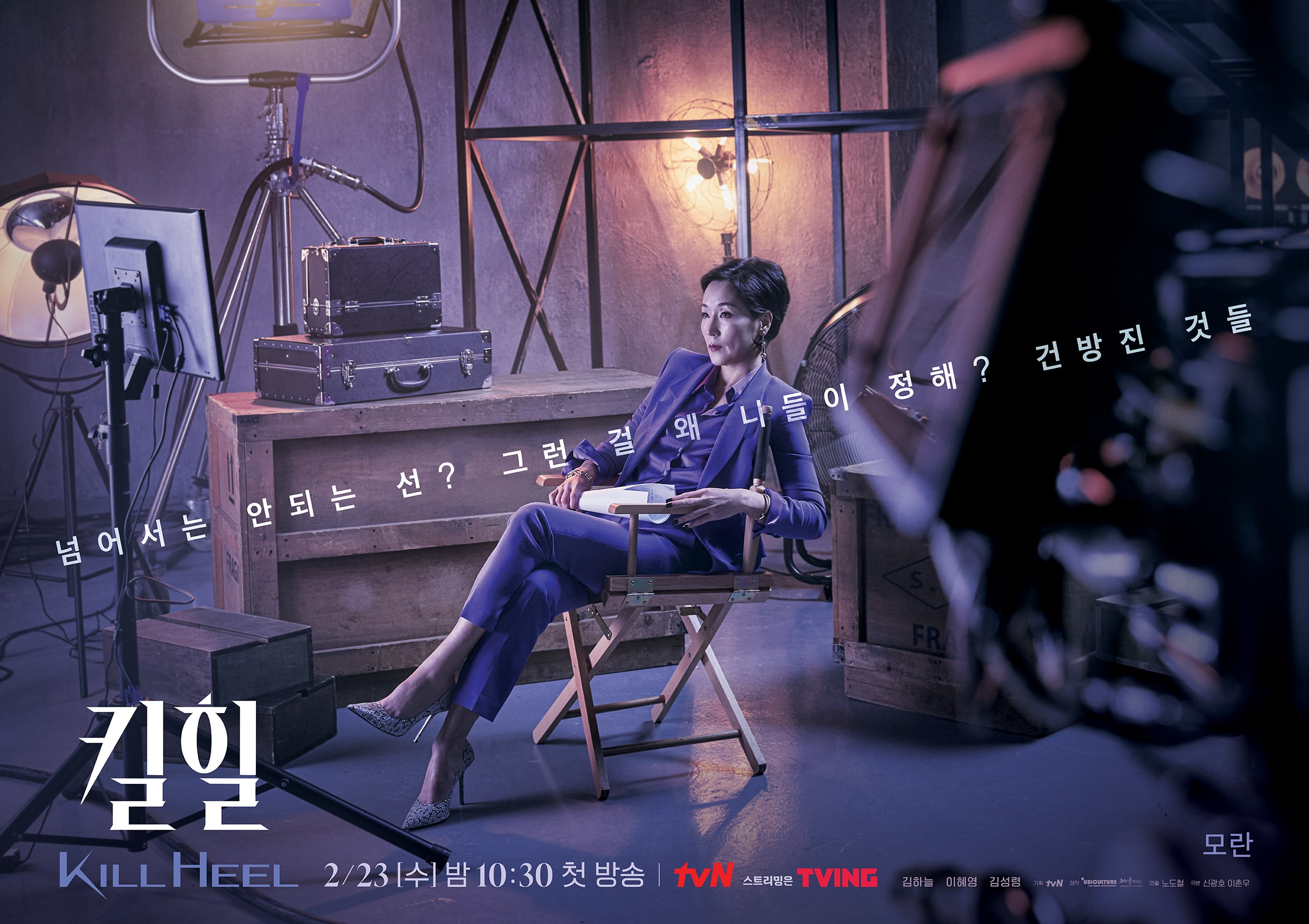 The last poster shows Ok Sun (Kim Sung Ryung) sitting in a makeup chair while gazing at herself in the lit mirror. Her outfit and demeanor imply her high class status. Ok Sun is a show host at UNI Home Shopping, and her life also mirrors her high class status from her well-known politician husband to her adorable son. But this seemingly perfect lifestyle she maintains might not be so stable. The text on her poster reads, “Life is always ready to come and strike me in the back of my head,” implying that her outwardly perfect life may not be so perfect in reality. 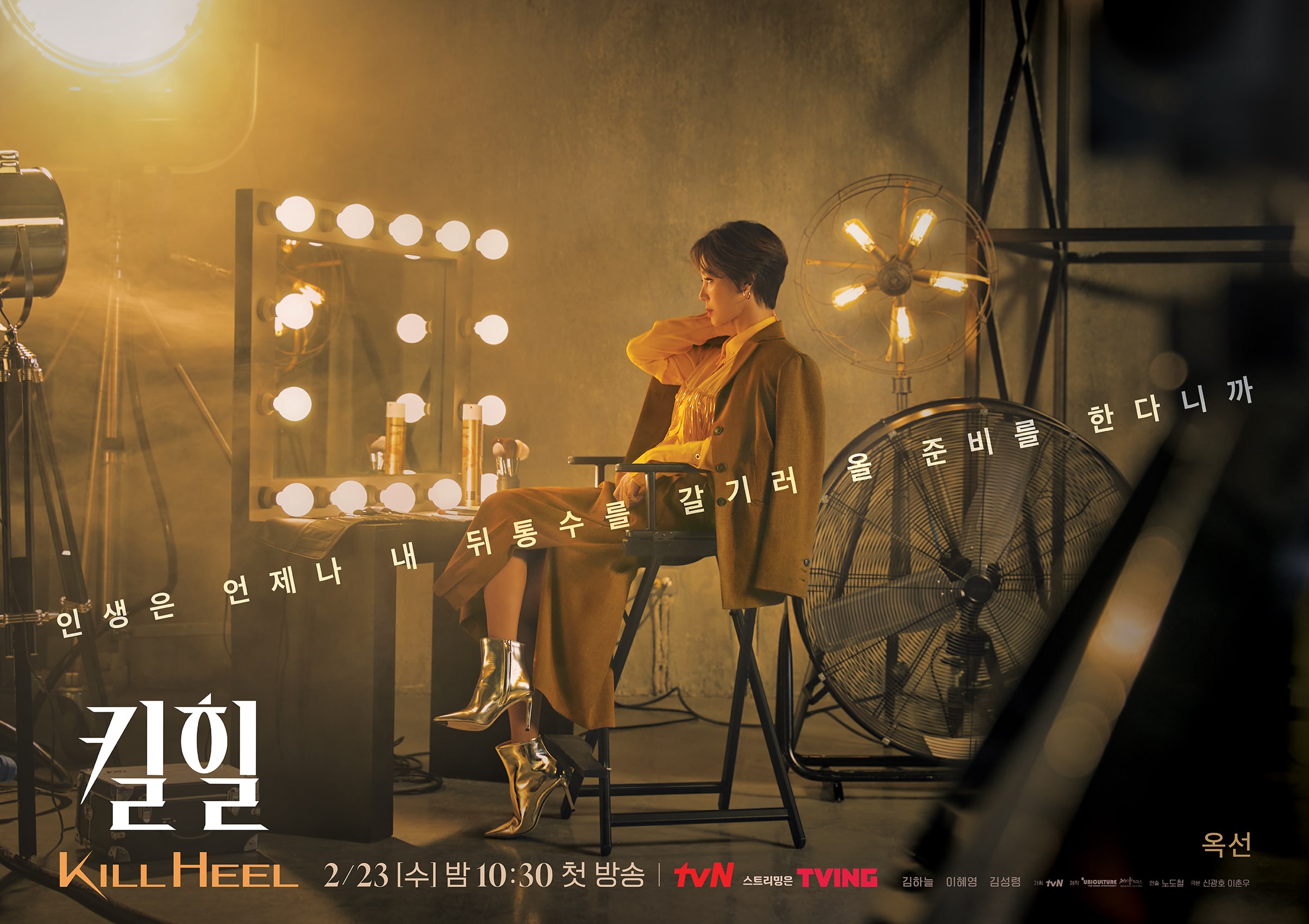 When discussing the drama, the head of the production team said, “These three women are prepared to risk everything in order to succeed. Their tense war, in which they keep checking on each other amidst a changing relationship, will be portrayed in an interesting manner. Please look forward to the acting synergy between Kim Ha Neul, Lee Hye Young, and Kim Sung Ryung as they collide while meticulously depicting the contrast of them walking upwards while dropping to a low point on the inside.”

While waiting, check out Kim Ha Neul in “18 Again“