SBS’s “Our Beloved Summer” topped this week’s rankings of the most buzzworthy dramas!

This is the third week that “Our Beloved Summer” ranked first on Good Data Corporation’s weekly list of the dramas that generated the most buzz. The show had previously ranked No. 1 for two consecutive weeks during the first and second weeks of January. Good Data Corporation determines each week’s rankings by collecting data from news articles, blog posts, online communities, videos, and social media about dramas that are either currently airing or set to air soon.

Last week, “Our Beloved Summer” was previously slotted at No. 2 under tvN’s “Bulgasal,” but the two dramas switched positions this week. Actors Kim Da Mi and Choi Woo Shik took the top two spots on the most buzzworthy drama cast members list as well, occupying the No. 1 and No. 2 spots respectively.

KBS2’s “Young Lady and Gentleman” rose two spots from the previous week, landing at No. 3. On the most buzzworthy drama cast members list, Lee Se Hee rose five spots to land at No. 5 while Ji Hyun Woo jumped to No. 7.

SBS’s “Through the Darkness” remained steady at No. 4, and actor Kim Nam Gil landed at No. 6 on the actor rankings. Finally, MBC’s “Tracer” rose up one spot from the previous week, taking the No. 5 spot on the list for dramas.

The top 10 dramas that generated the most buzz in the fourth week of January are as follows: 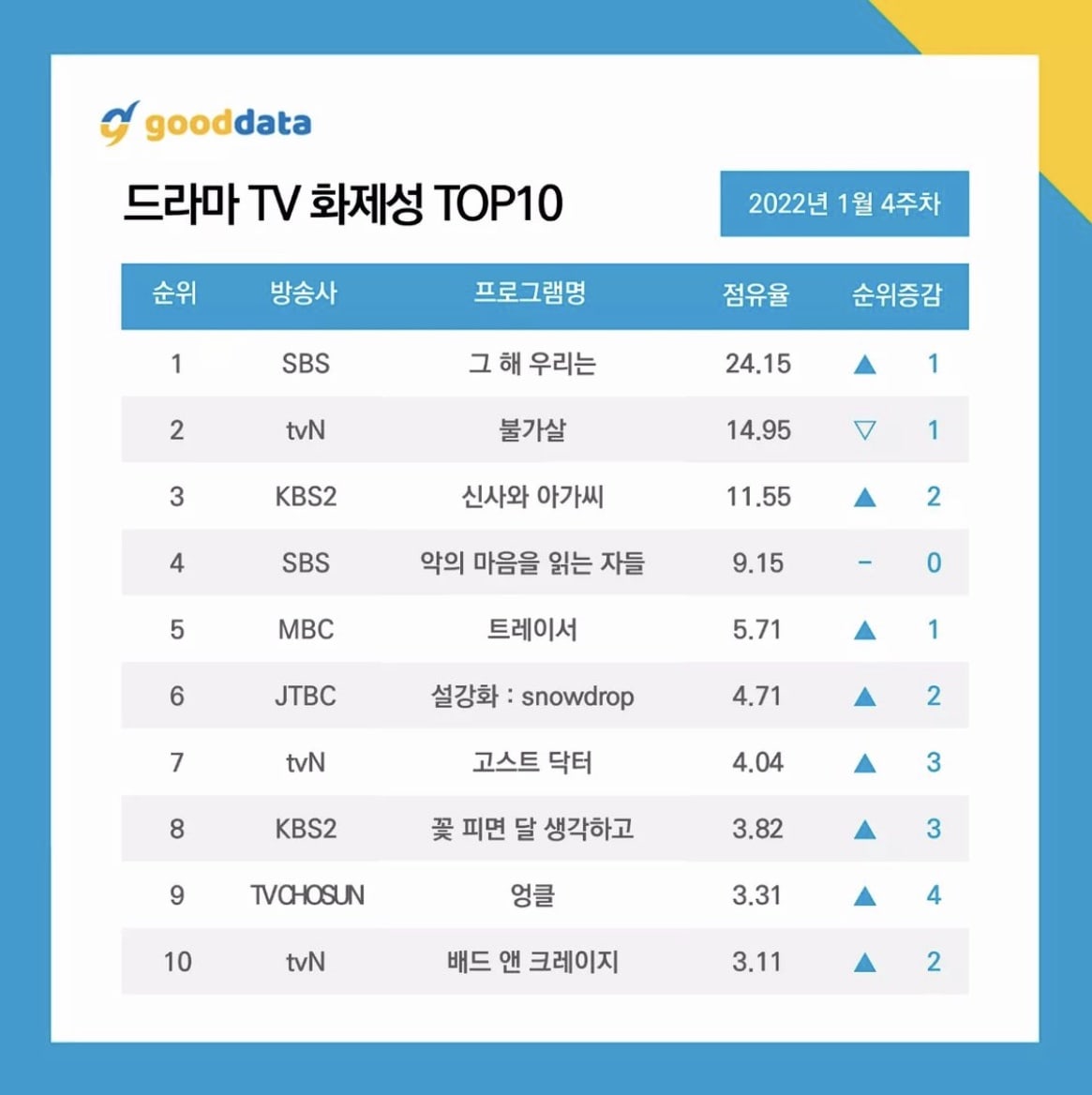 And the top 10 most buzzworthy drama cast members are as follows: 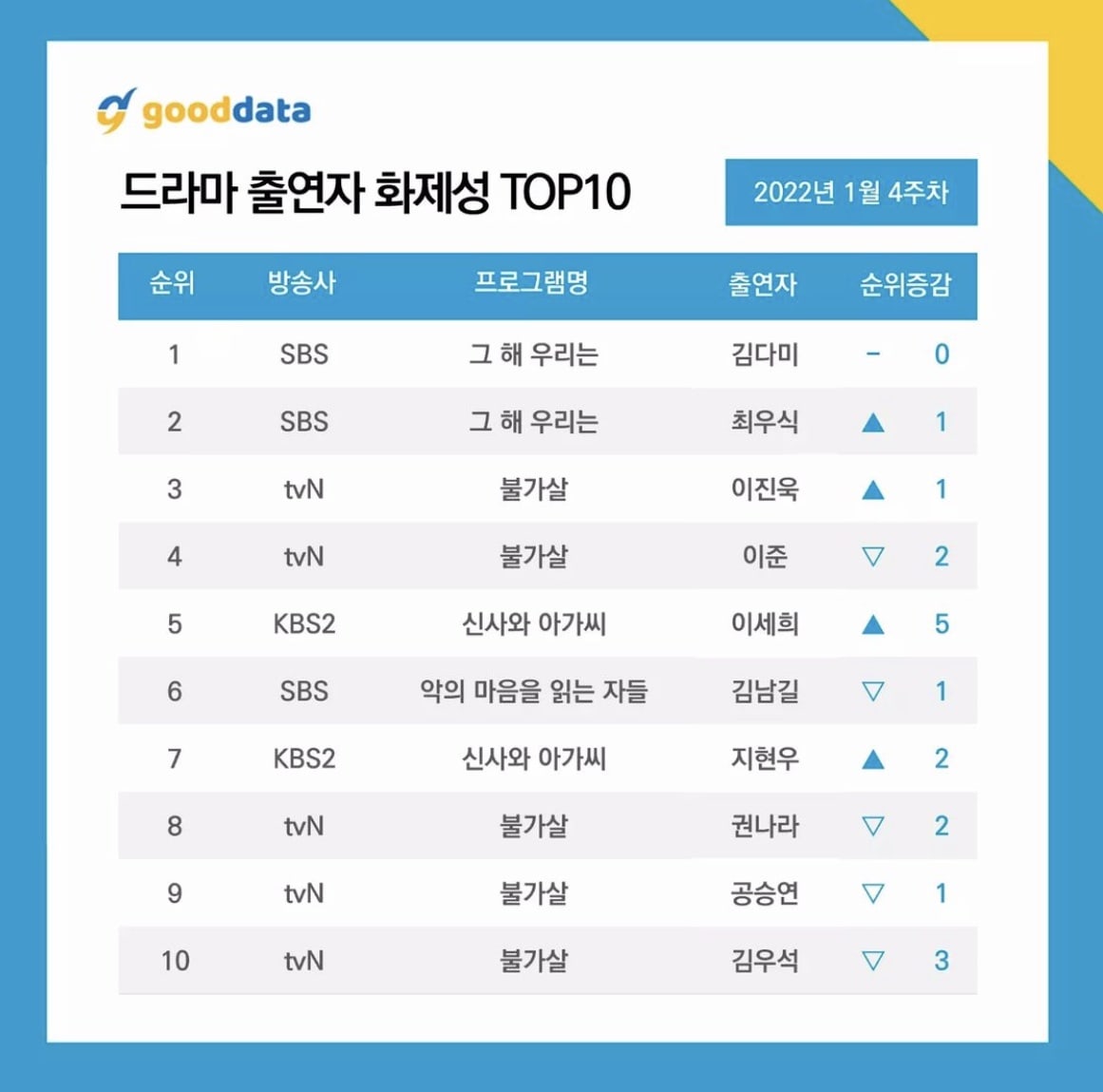 Watch “Through the Darkness” with subtitles here: