Bona will portray Na Hee Do’s rival, 18-year-old national fencing athlete Go Yu Rim. While Go Yu Rim flaunts the charisma of a gold medal athlete, once she takes off her fencing uniform, she’s cute and lovable, being gentle in appearance but sturdy in spirit.

Choi Hyun Wook plays Moon Ji Woong, an influencer in the late 1990s whose goal is to become “Today’s Member” on the social networking service Cyworld. As a fashion trendsetter with unique tastes, Moon Ji Woong is a whimsical character who asserts his own artistic style and has extraordinary talent in numerous fields.

In the newly released stills, Go Yu Rim and Moon Ji Woong bump into each other in the school hallway. He steps right in front of her and boldly holds out a hand with a dashing smile. She looks taken aback by his sudden appearance, but she accepts his handshake. Moon Ji Woong continues to talk to her with confidence and gentleness, and Go Yu Rim’s flustered expression is soon replaced by a bright smile. She passes by him with a lovely beam on her face, and his friends are cheering in the background, piquing curiosity about their interaction. 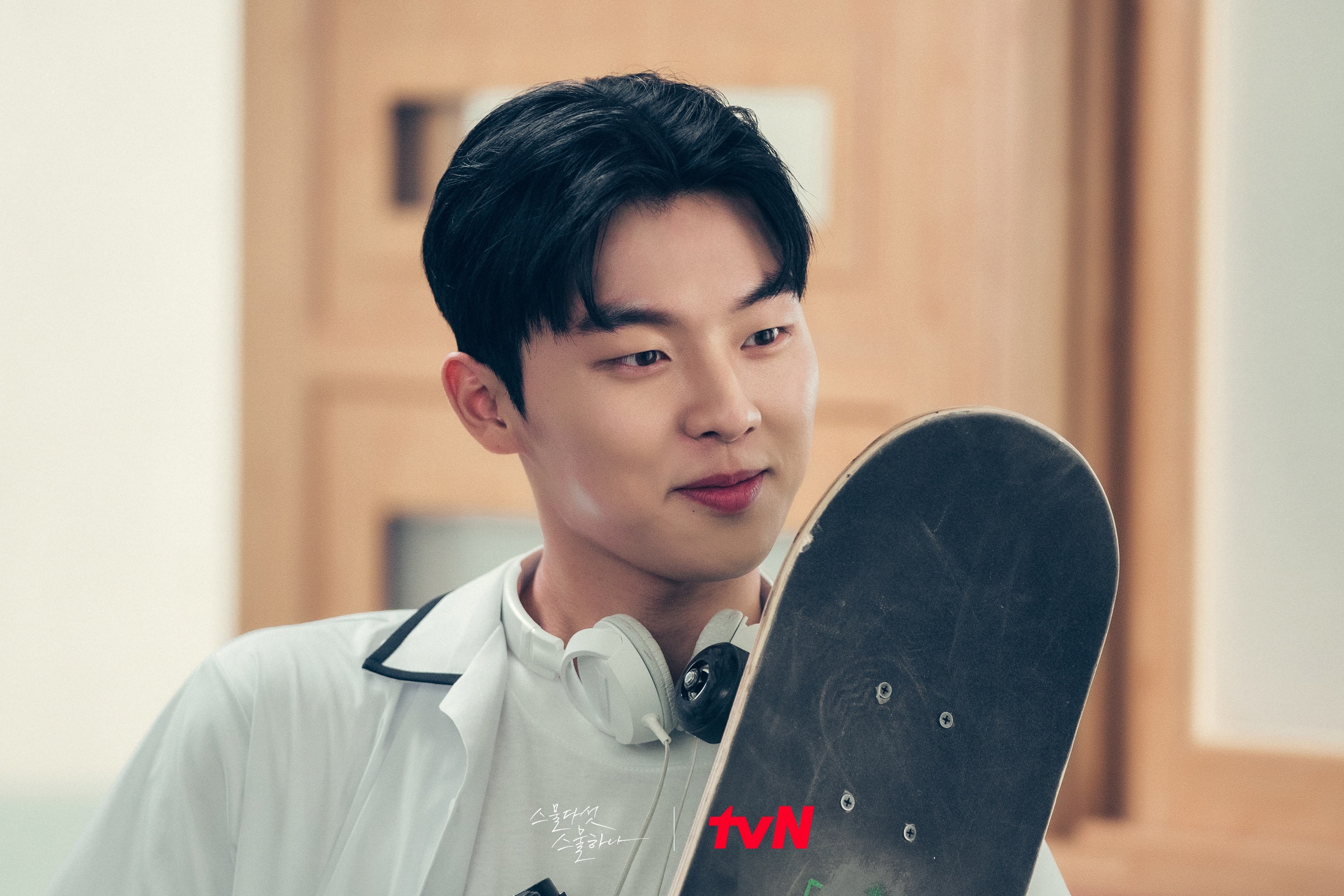 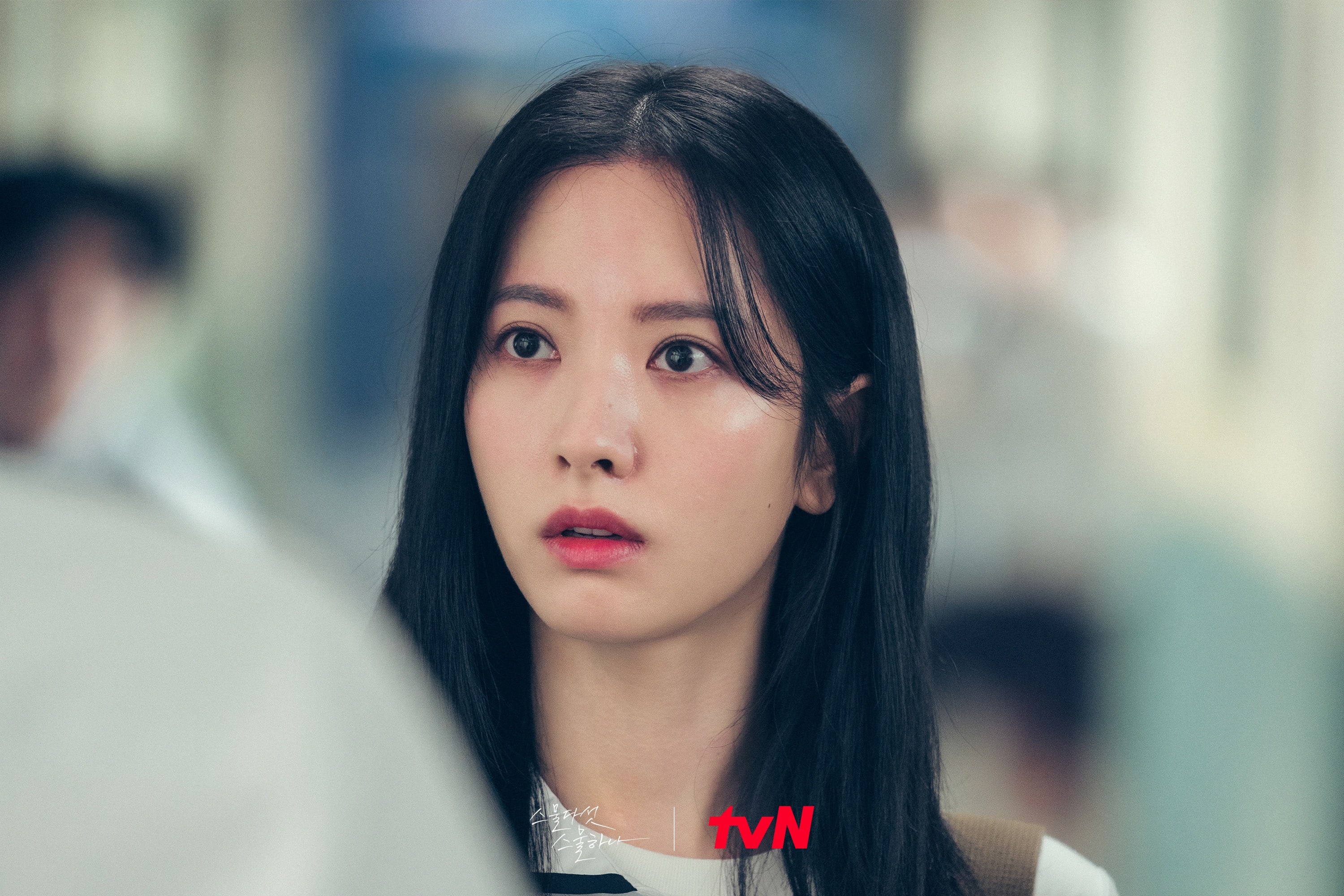 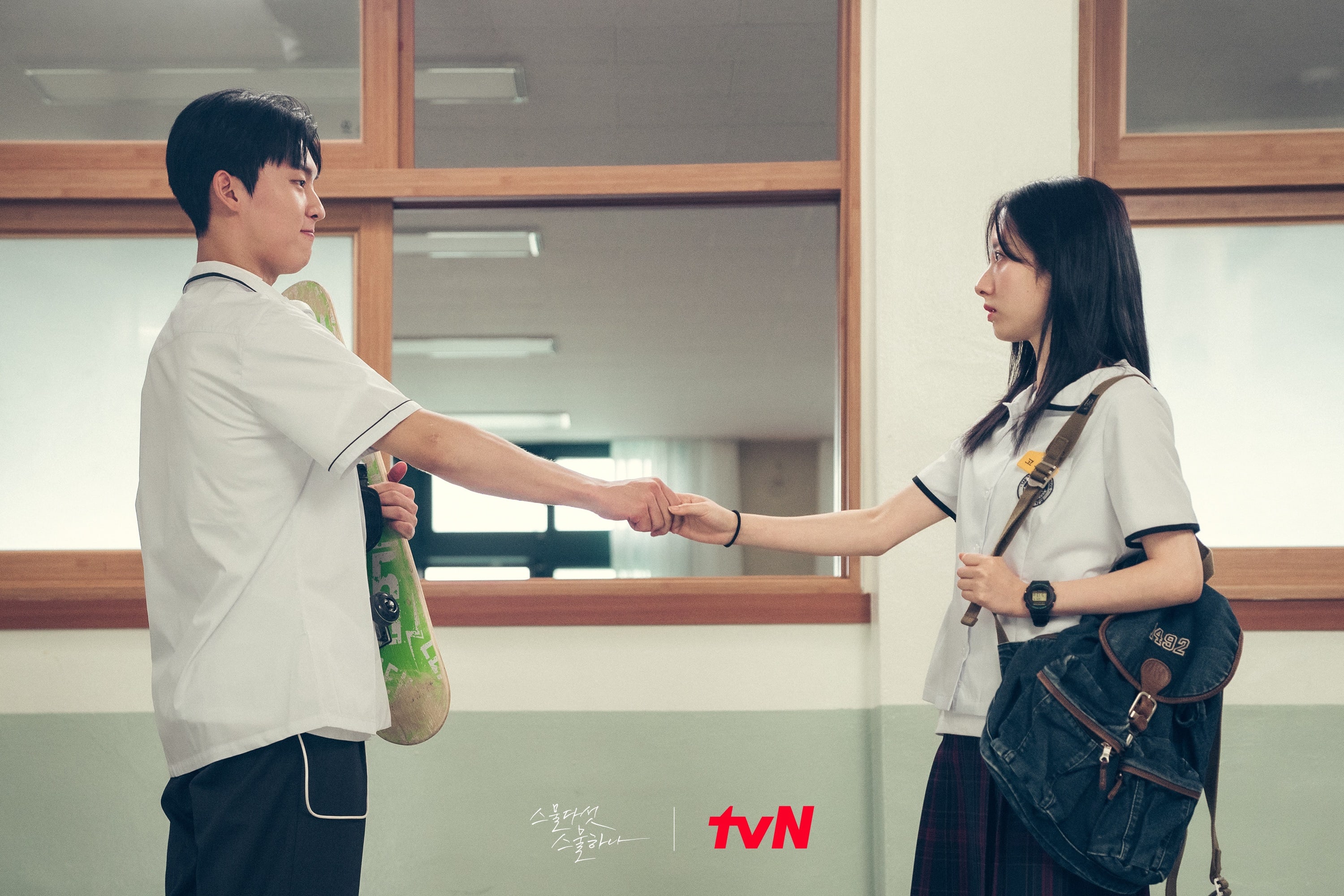 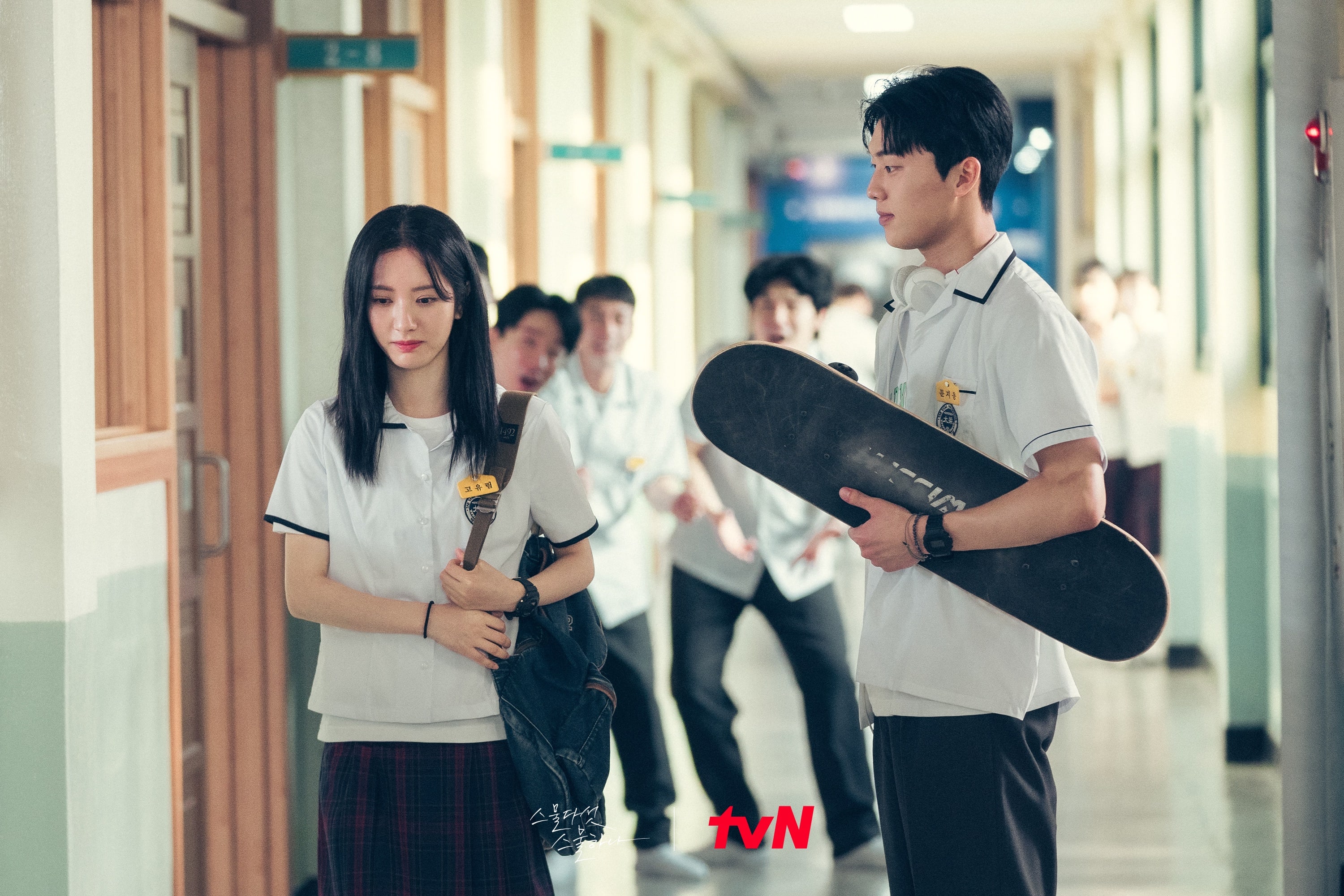 For this scene, Choi Hyun Wook and Bona completely absorbed into their roles. They practiced their lines in a friendly atmosphere, and during filming, they flawlessly depicted the subtle excitement of this special moment. Once the director gave the “cut” signal, the two actors filled up the set with bright laughter as they monitored their acting in detail.

Production company Hwa & Dam Pictures shared, “Although Kim Ji Yeon (Bona’s real name) and Choi Hyun Wook are playful like young people their age should be, their gazes change 180 degrees and they fully concentrate once they start filming. Please look forward to the refreshing ‘heart-fluttering chemistry’ that Kim Ji Yeon and Choi Hyun Wook will create as [their characters] greet each other for the first time and learn about each other’s existences.”

In the meantime, watch Choi Hyun Wook in “Pop Out Boy!“:

WJSN
Bona
Choi Hyun Wook
Twenty Five Twenty One
How does this article make you feel?