Questions Waiting To Be Answered In The Final Episode Of “Bulgasal”

There’s only one episode left of tvN’s fantasy drama “Bulgasal”!

“Bulgasal” stars Lee Jin Wook as Dan Hwal, a bulgasal (a mythical creature that does not die or age) who was once human centuries ago. Kwon Nara stars as Min Sang Woon, a woman who is repeatedly reincarnated while fleeing the bulgasal, but remembers all her past lives.

Here are some questions that will be answered in the final episode of this epic tale.

First of all, the story of what happened one thousand years ago will finally come to light, as everyone who has a connection to Dan Hwal and Min Sang Woon in the present day had also met them a thousand years prior.

Ok Eul Tae (Lee Joon) had been tossed aside by his father Kwon Ho Yeol (Jung Jin Young) and subsequently became a bulgasal himself after taking Dan Hwal’s soul in his quest for power. Furthermore, Min Si Ho (Gong Seung Yeon) stabbed Dan Hwal in her past life, but in Dan Hwal’s life as a human 600 years ago she was his wife and Nam Do Yoon (Kim Woo Seok) was their son. This connection extends to the present day, where they resemble some sort of family. Viewers are curious to find out the meaning behind this ironical situation.

The question still lingers of what really happened a thousand years ago. What happened to cause the woman who had gotten along so well with Dan Hwal to have feelings for a human, and why did Dan Hwal explode with anger? In addition, the reason why Kwon Ho Yeol, Min Si Ho, and Nam Do Yoon attacked Dan Hwal is still unknown, and the past life of Lee Hye Seok (Park Myung Shin) has yet to be revealed. 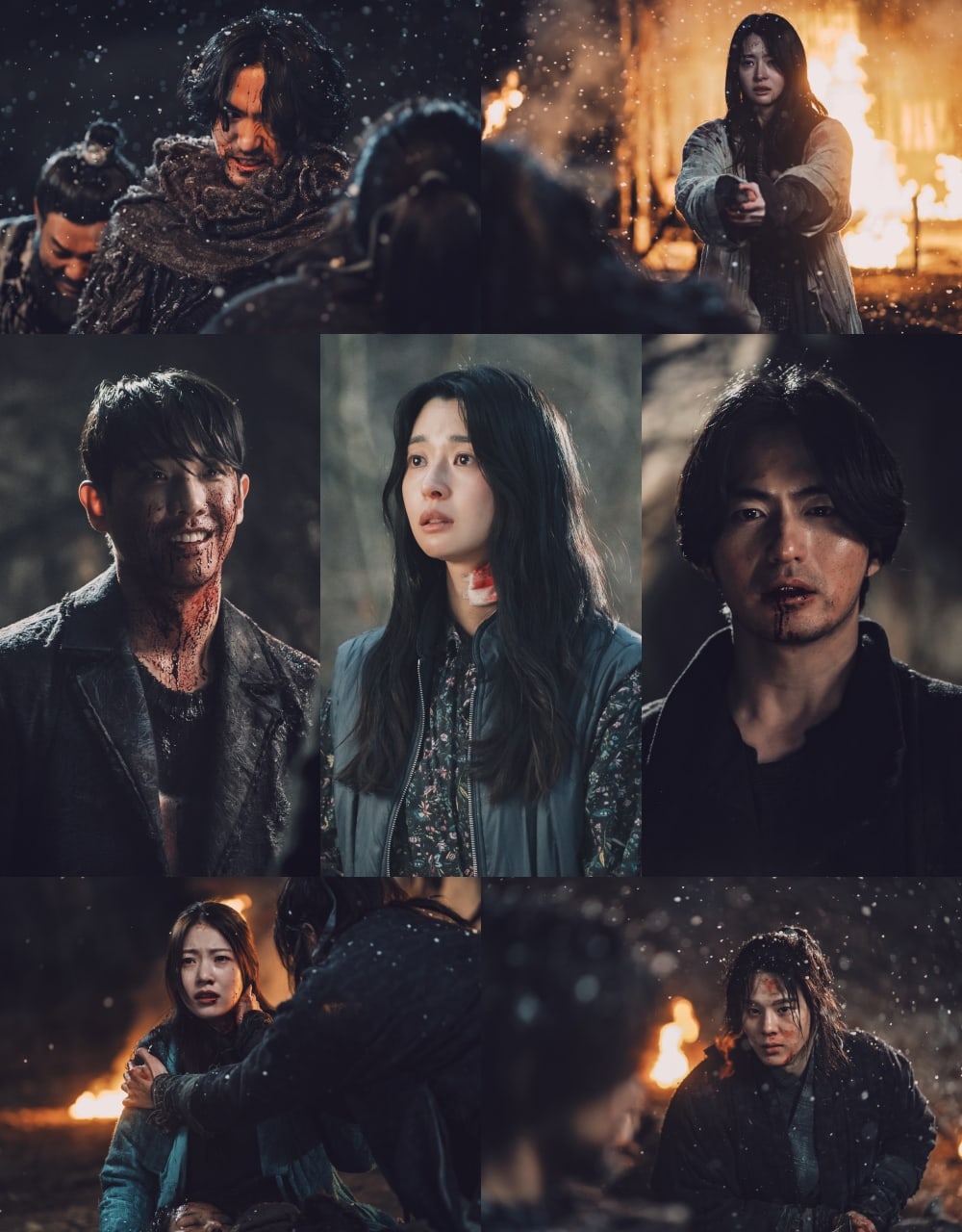 Another key point to look out for is Dan Hwal’s transformation in the present day. In the previous episode, Ok Eul Tae tried to trap him in the well, but Dan Hwal ended up falling in instead. 600 years ago, Kwon Ho Yeol, being his adoptive father, made him swear to live as a human and not live off of people’s blood. However, in this life, he told Dan Hwal to take his own blood in order to stop Ok Eul Tae from killing Min Sang Woon.

When Lee Hye Seok was possessed by the shaman, she foretold that the evil spirit that drank his father’s blood would rise from the black well. Just as predicted, Dan Hwal’s gaze turned piercing and ghastly like that of an evil spirit, as if his cruel nature from a thousand years ago had sprung to the surface once more. Viewers are waiting on the edges of their seats to find out if he will be able to save Min Sang Woon and bring the tale to a satisfying close.

The last episode of “Bulgasal” airs on February 6 at 9 p.m. KST.

Also check out Lee Jin Wook in his drama “Return” below: