10 K-Drama Lines To Lift Your Spirits

K-dramas provide a great escape from the harsh reality of life’s problems and stressors. Often times, we come across a K-drama that presents us with a situation or line that really speaks to us and is comforting and healing. There is almost a quote in every K-drama out there that can offer some sort of healing or introspective thinking, but here a few that might offer you some positive vibes. Here are 10 K-drama lines to lift your spirits.

“Everyone struggles for their whole life trying to have things. So they live their entire lives trying to prove themselves to everyone. But nobody truly knows what they are gaining by doing that.”
-Park Dong Hun (Lee Sun Kyun) 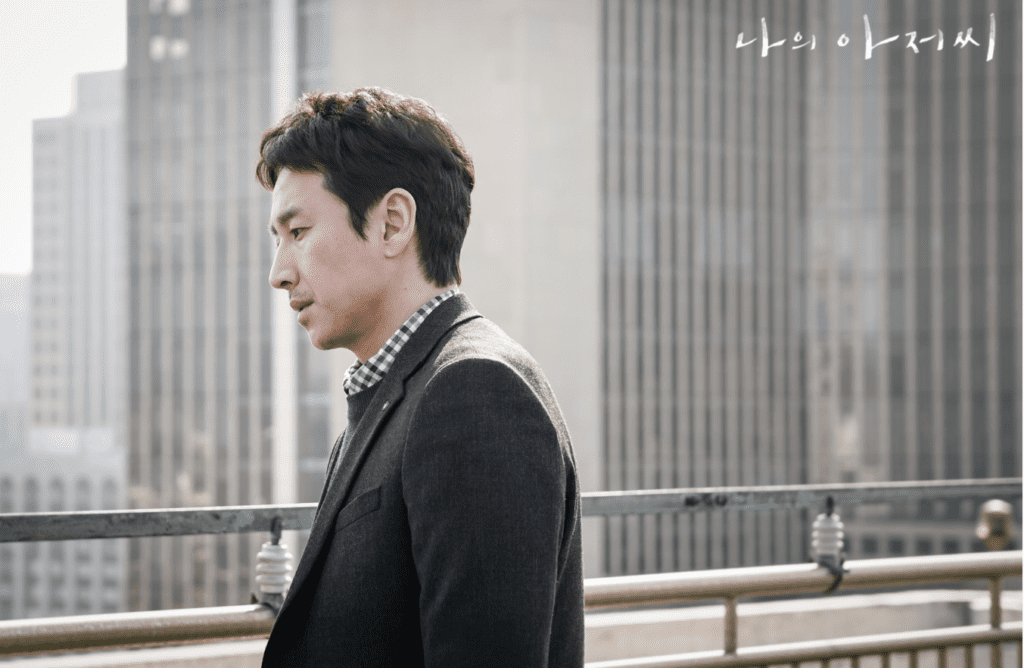 “My Mister” is a series that many avid K-drama watchers have watched and loved. The heartbreaking story of Lee Ji An (IU) and the hardships that she endures as a young woman are dark and sometimes even morbid. Despite this, as the series progresses, we see her find resolution, growth, and develop a relationship with people who support her, more specifically, Park Dong Jun who is played by Lee Sun Kyun. The two form a beautiful relationship in which they come to understand each other and lean on each other.

“You did your best but you weren’t given any opportunity. So just blame the world instead. The world should’ve tried harder.”
-Kim Jae Hyuk (Park Hae Soo) 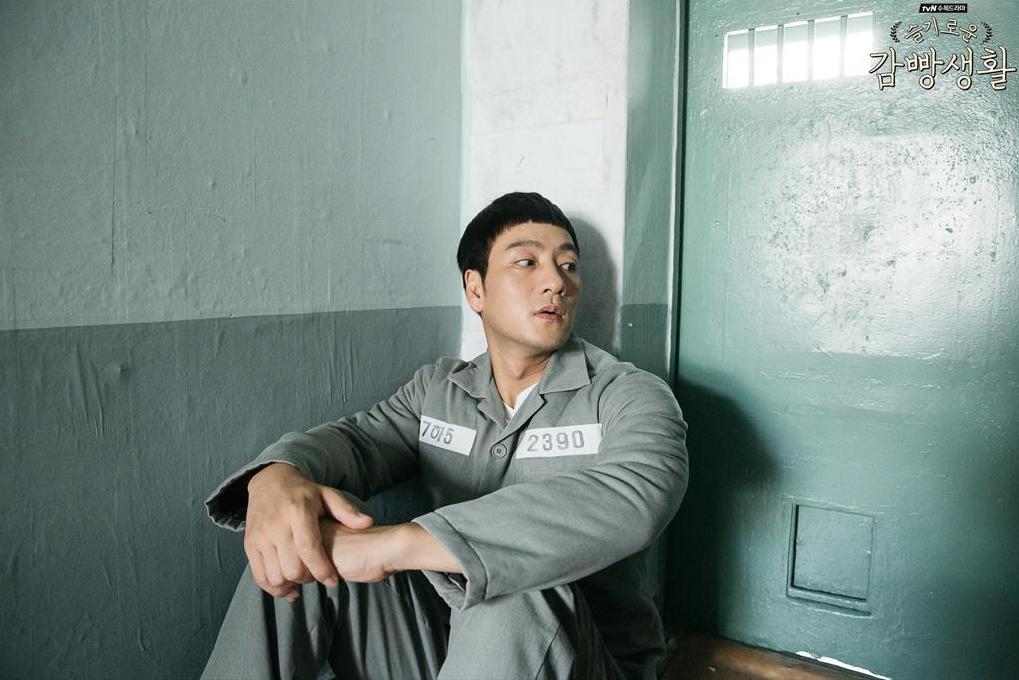 With the setting being the confines of a correction facility, it seems far from a more typical K-drama. Despite what people may have thought that it might be a dark series, “Prison Playbook” managed to tug at the heartstrings, making viewers sympathize with the prisoners and their individual stories. Being in prison, Kim Jae Hyuk meets a community of people who have had a difficult life. Although he seems very simple-minded, he provides a lot of comfort with these words. The drama manages to make the inmates personable, focusing on their personal stories, which in turn, makes viewers relate to and have compassion for them.

“Going through this life is the first time for all of us, anyway”
-Nam Se Hee (Lee Min Ki) 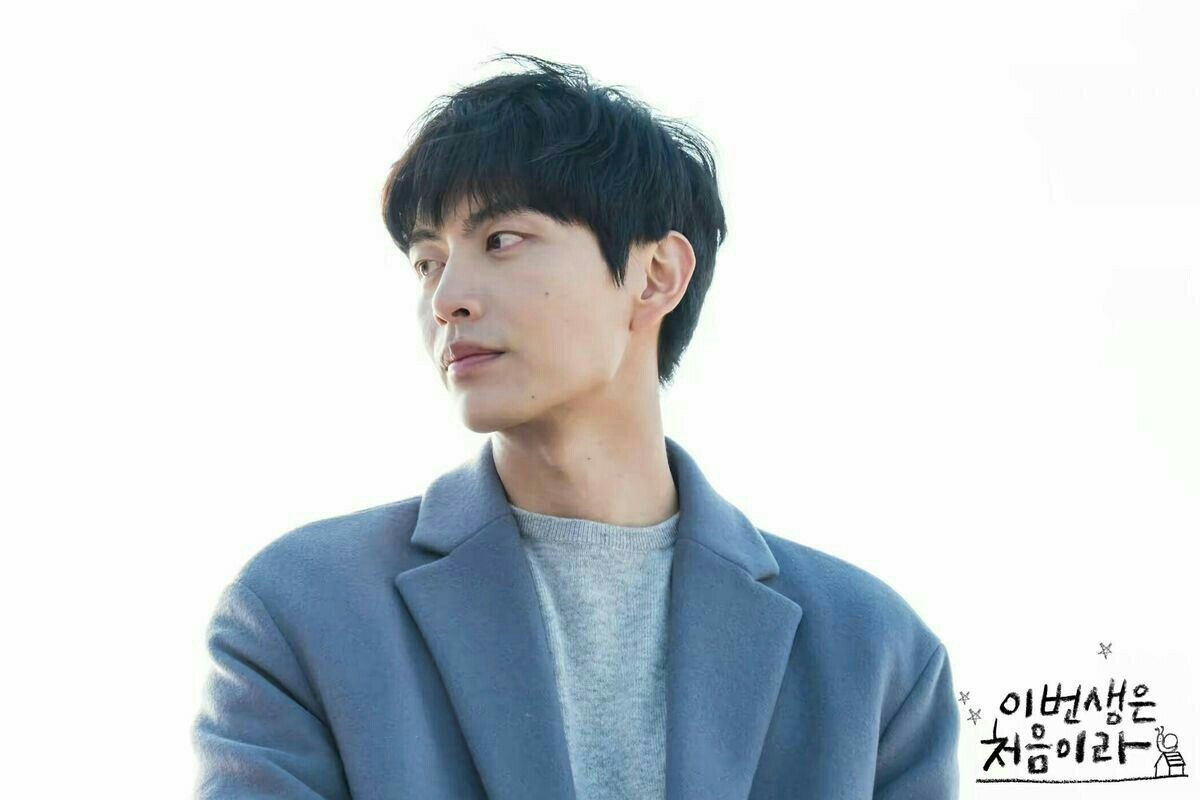 Yoon Ji Ho, played by Jung So Min, is a character that many viewers found they could connect with. She is a realistic embodiment of the struggle many people go through in trying to achieve their dreams. She meets Nam Se Hee, who is the opposite of her, but they somehow come to a deeper understanding of one another. They are able to figure out their complicated lives together while finding love and comfort. This very ordinary depiction of Ji Ho and Se Hee’s story and them overcoming their obstacles is inadvertently therapeutic and calming.

“No matter which era you live in, life is an agony. There is no such thing as a perfect world. Every era has its own problems and things you’d want to resist. We resist, struggle, fight, and win. That’s how we shape the world we live in.”
-Han Se Joo (Yoo Ah In) 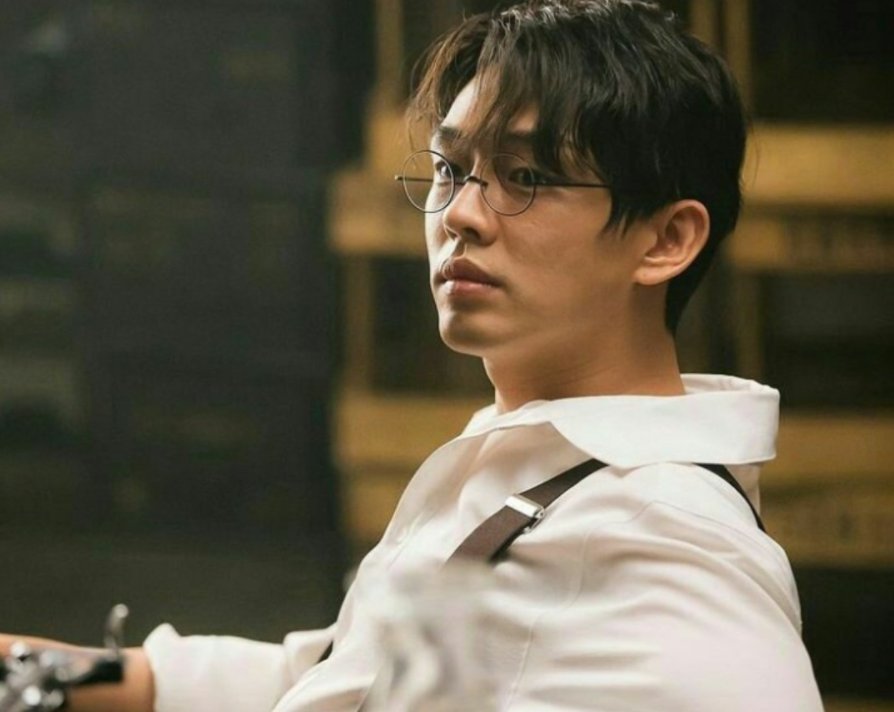 “Chicago Typewriter” tells the story of a famous writer named Han Se Joo (Yoo Ah In) who is experiencing writer’s block. During this stressful period in Han Se Joo’s life, he happens to meet Jeon Seol (Im Soo Jung), a hardcore fan of his, and Yoo Jin Oh (Go Kyung Pyo), a mysterious ghost writer who is incessant on helping him get through his writer’s block. Se Joo is a realist, very introspective, and he goes on a journey to find out how he is connected to these new friends. There are twist and turns that result in lots of shock and heartbreak as well as situations in which he must find the strength to carry on.

“You don’t need to be on anyone’s side, but your own.”
-Park Sae Roy (Park Seo Joon) 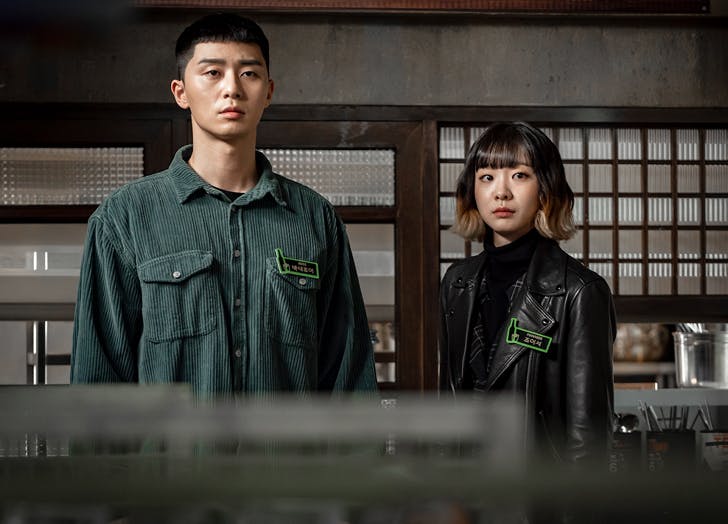 The personal connection that you feel when watching “Itaewon Class” is emotional and uplifting at the same time. Seeing Park Sae Roy go through the trials of death, mourning, loss, and betrayal are all too painful. But when he is able to work his way out of these problems and triumph over them, it gives viewers the same hope and longing in their own lives. Although there is a romance aspect to the series, the storyline of Sae Roy overcoming so much to become successful is an underdog story that many can root for and gain inspiration from. 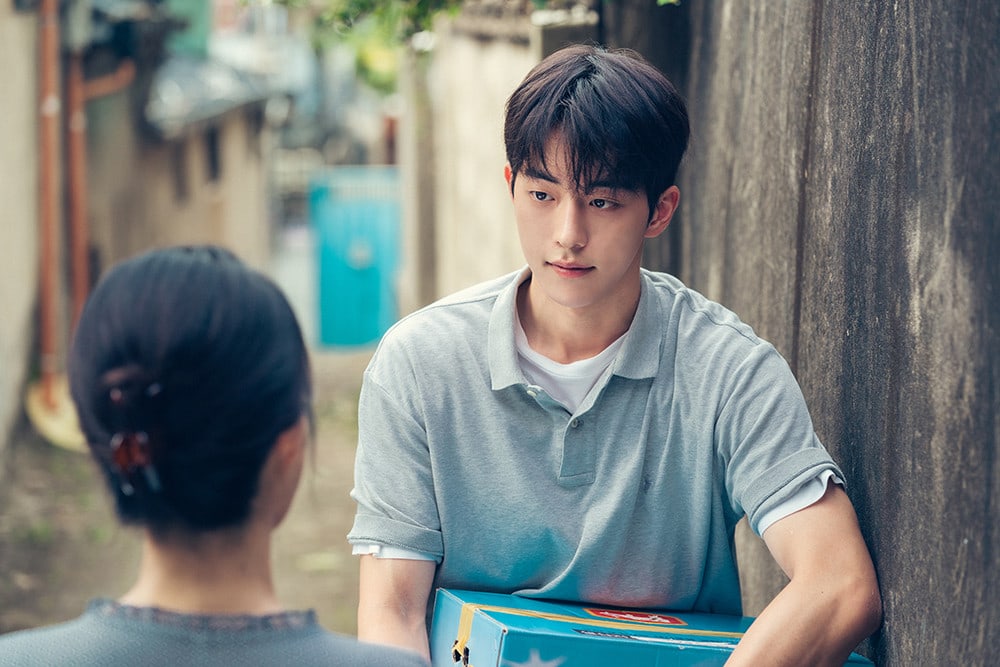 “Twenty Five, Twenty One” is the new tvN series starring Nam Joo Hyuk and Kim Tae Ri. Nam Joo Hyuk plays Baek Yi Jin, a University student that has had to drop out as a result of a national financial crisis that hit his family. He has hit rock bottom and is struggling to make ends meet. He meets Na Hee Do (Kim Tae Ri), who is positive and works hard to achieve her dreams of being a national fencer. The two decide to team up in order to achieve happiness together. Baek Yi Jin’s new friend inspires him to live for the future instead of the past. 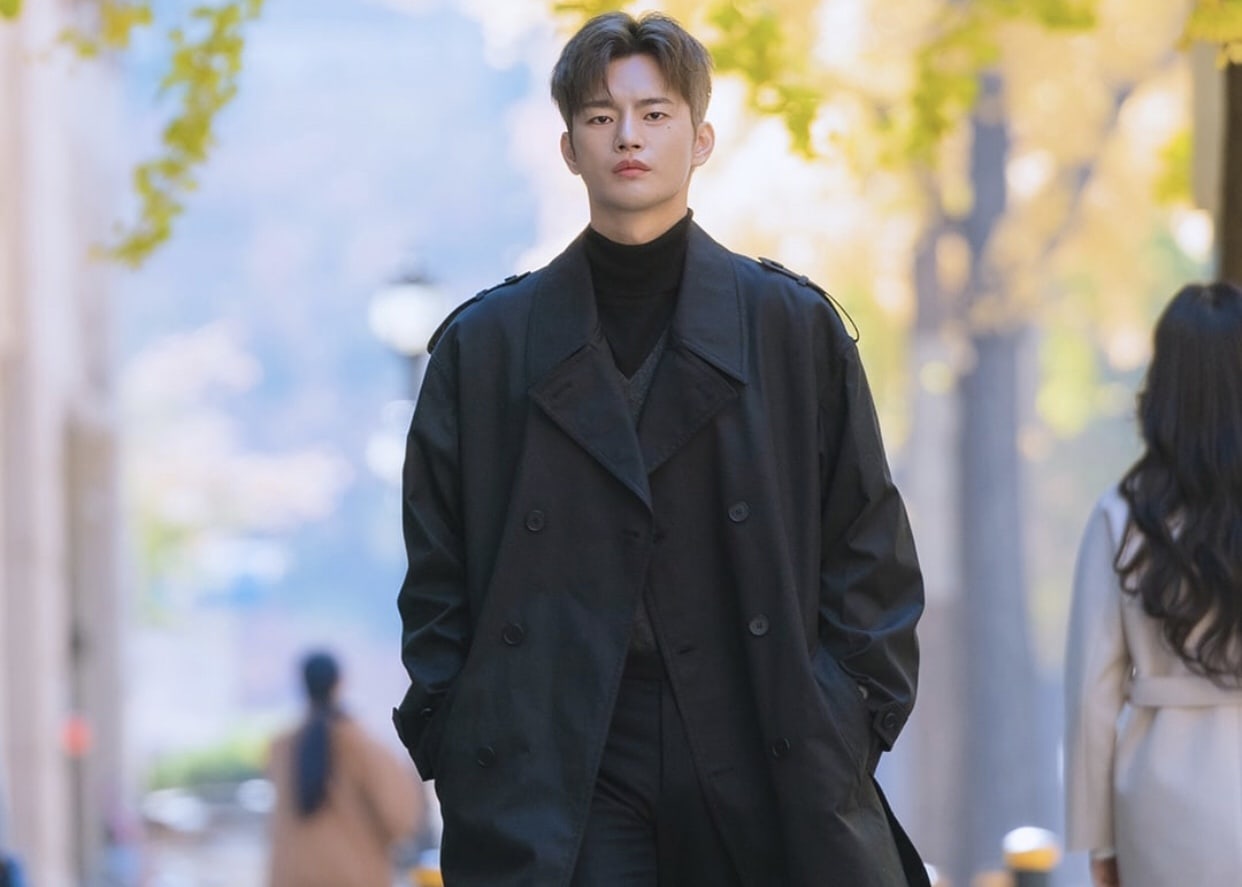 “Doom at Your Service” was the fantasy romance that broke our hearts and simultaneously gave us the heartfelt romance between Myul Mang (Seo In Guk) and Tak Dong Kyung (Park Bo Young). With Myul Mang’s negative and pessimistic outlook on human life and Tak Dong Kyung’s spiral into a dark period in her life, the two found comfort in each other. Despite Myul Mang’s relentless pessimism, there are moments when he finds it deep within himself to dish out some great life advice. This quote in particular was given to Dong Kyung’s little brother who is going through some difficult times.

Watch “Doom At You Service”:

“You’re bound to meet unexpected situations in life. Even if you use an umbrella, you’ll end up getting drenched. Just put your hands up and welcome the rain.”
-Hong Doo Shik (Kim Seon Ho) 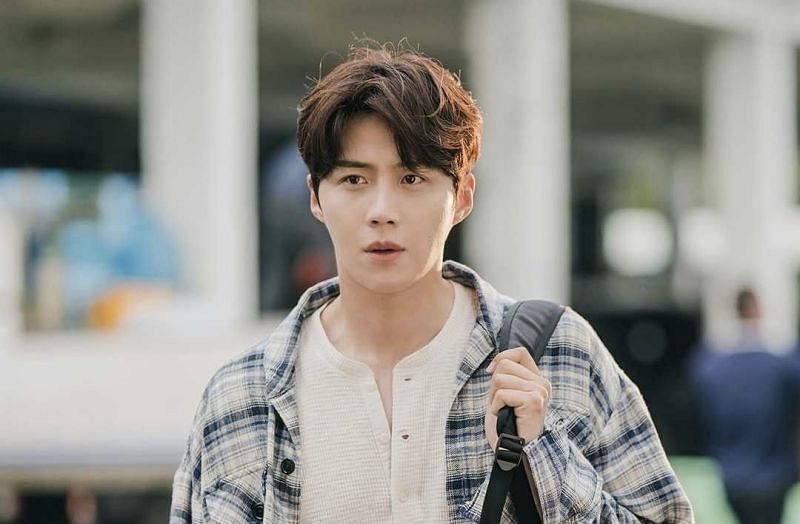 From the second Yoon Hye Jin (Shin Min Ah) steps off the boat and we’re introduced to Doo Shik, we’re also greeted with local residents who all have a story. More specifically, through Doo Shik’s character, we are slowly able to uncover some deeper issues that he has been struggling to deal with. He shares his thoughts and opinions about life with Hye Jin, a dentist who has just moved into his small town. With the help of Hye Jin, Doo Shik is about to discover the power of facing past trauma and being free from it.

“Even if you think you won’t make it, fight to the end. In life, there are many things you start even though you know the predetermined end.”
-Oh Sang Sik (Lee Sung Min) 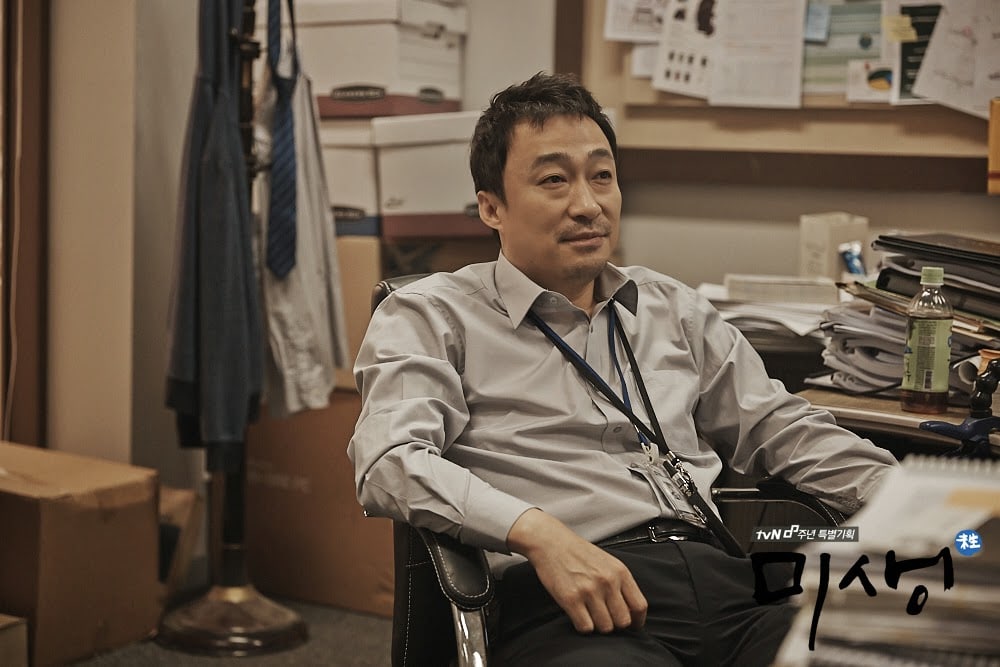 “Incomplete Life” was a huge success in Korea as a result of its real-life depiction of everyday office workers. Koreans praised the series for its accuracy and dark humor in portraying the various types of workers that exist in an office and the sometimes awkward but demanding atmosphere that can come from it. It was able to bring a bit of strength and hope to those who lack the motivation to go to work every day. This quote is the perfect encapsulation of the hardships people endure going into work daily and how oftentimes it can be a struggle to find the motivation to get through the day.

“You are a lot more braver than you think.”
-Jin Mu Hak (Kim Min Jae) 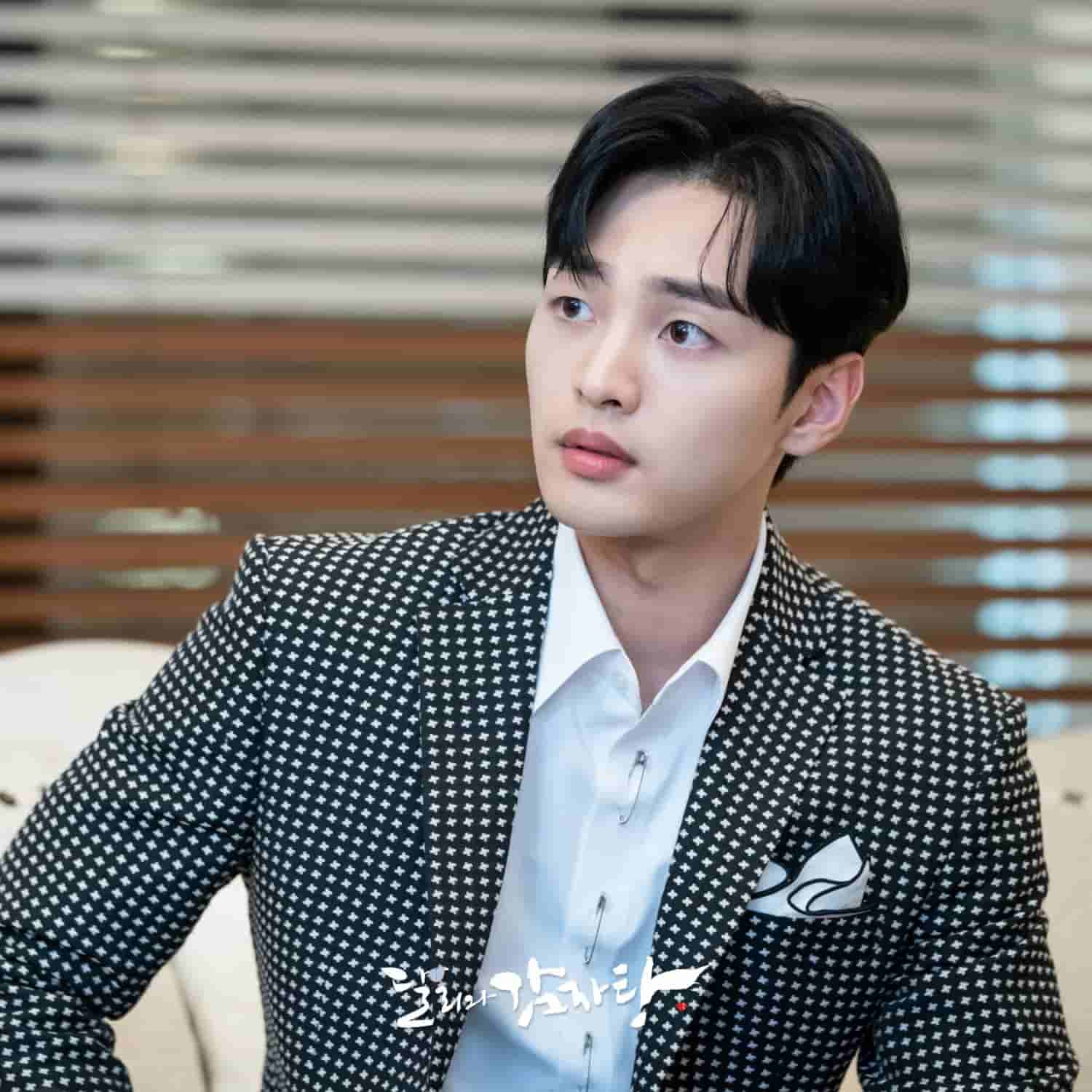 “Dali and Cocky Prince” is a sweet love story that will have you smiling from beginning to end. The cutest part about the series is seeing Mu Hak fall for the adorable Dal Li (Park Gyu Young) and seeing him wear his heart on his sleeve. His affection for her is so obvious, and he doesn’t even try to hide it. He becomes the strength and reliable rock that Dal Li leans on when her life goes straight downhill. You’ll appreciate the healing aspect of the series as you see Dal Li go from living a very comfortable life to hitting rock bottom, to finding herself again. A lot of this is owed to Mu Hak and his uplifting lines!

Hey Soompiers, what are some K-drama lines that help you through the tough times? Let me know in the comments below!

Soompi Spotlight
Incomplete Life
Chicago Typewriter
Because This Is My First Life
Prison Playbook
My Mister
Itaewon Class
Doom at Your Service
Hometown Cha-Cha-Cha
Dali and Cocky Prince
Twenty Five Twenty One
How does this article make you feel?