A new trailer and poster for the upcoming Disney+ drama “Soundtrack #1” has been released!

The new poster shows photographs of Han Sun Woo and Lee Eun Soo both separate and together. In the pictures where they are together, they enjoy ordinary small moments of life as longtime friends. The two lie next to each other on the floor and look up at the ceiling calmly in one photo, while in other photos, they take a cute goofy selfie and walk down the street together. Through the center of the top photos, the words, “From when was this love?” are written. 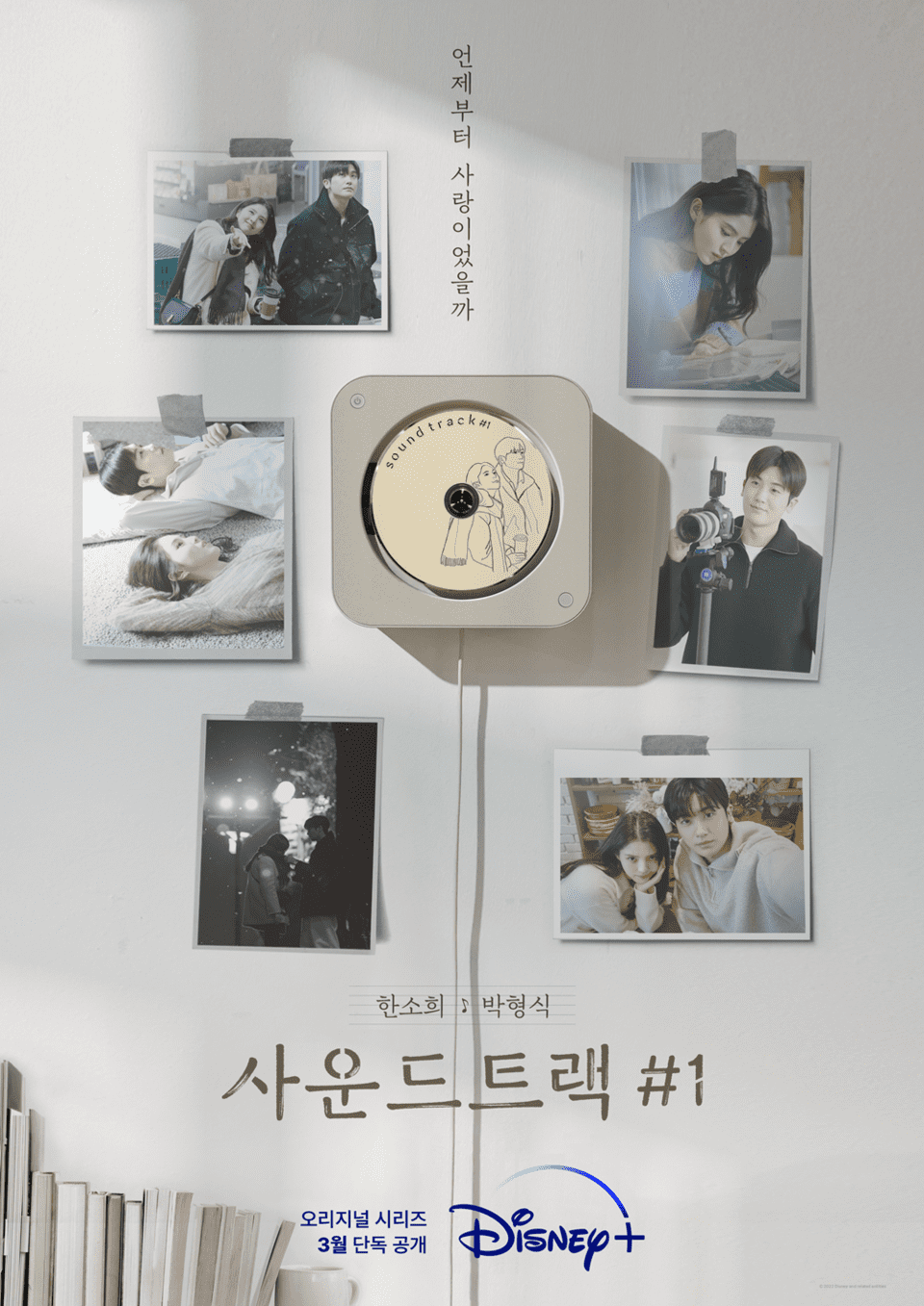 The new trailer captures the chemistry between Han Sun Woo and Lee Eun Soo. Their actions highlight their 20-year-long friendship and attachment, but their true inner feelings linger as they interact with one another. At the start of the trailer, Han Sun Woo rings the doorbell to Lee Eun Soo’s house. Lee Eun Soo tiredly asks, “Who is it?” before opening the door and shielding her eyes from the sun. Han Sun Woo questions annoyedly, “Why did you open the door so late?” Lee Eun Soo looks confused and whispers, “What is this?”

When Han Sun Woo looks through the window as Lee Eun Soo works, he gazes fondly upon her while holding a camera. Lee Eun Soo also grabs Han Sun Woo’s hand, causing him to look up in surprise. On a music staff, the words, “Are we friends or lovers?” are positioned like musical notes on the screen. Han Sun Woo walks down the street at night and by chance comes across Lee Eun Soo eating in a restaurant with another man. He pauses and gazes at her through the window contemplatively.

Lee Eun Soo playfully teases Han Sun Woo before the words, “romance music drama,” appear on the screen. Lee Eun Soo sits solemnly in a dark room with her knees pressed against her chest as she narrates, “We need to be friends for the rest of our lives if we want to live like this without breaking up until death.” Finally, the last shot shows Han Sun Woo and Lee Eun Soo looking down at a bicycle as the wind tousles their hair and the ribbons on the bike. While these two friends are clearly close, some unresolved feelings stand in between their future.

“Soundtrack #1” will be released on Disney+ in March.

While waiting, check out Park Hyung Sik in “Happiness“: