tvN has amped up the excitement for their upcoming drama “Military Prosecutor Doberman” with two new posters!

“Military Prosecutor Doberman” is about two military prosecutors who chose the job for very different reasons but who wind up coming together to fight evil in the military.

Do Bae Man (played by Ahn Bo Hyun) is an indifferent prosecutor who couldn’t care less about his job and only looks forward to the days when he can take off his military uniform. On the other hand, Cha Woo In (played by Jo Bo Ah), who is the only daughter of a chaebol family, chooses to become a military prosecutor for revenge.

On February 8, the drama released its main posters that both contain the text, “I’ll be your faithful hunting dog.” The first poster stars Do Bae Man, Cha Woo In, and a Doberman. Cha Woo In is holding the Doberman by a leash, and Do Bae Man’s face is right next to the dog’s. Do Bae Man’s and the Doberman’s eyes somehow resemble each other as they both exude rough charisma. Along with this, Cha Woo In’s face is imposing, which further doubles the intense atmosphere. The way she is holding onto the leash creates a feeling that she’s somehow controlling Do Bae Man as well. 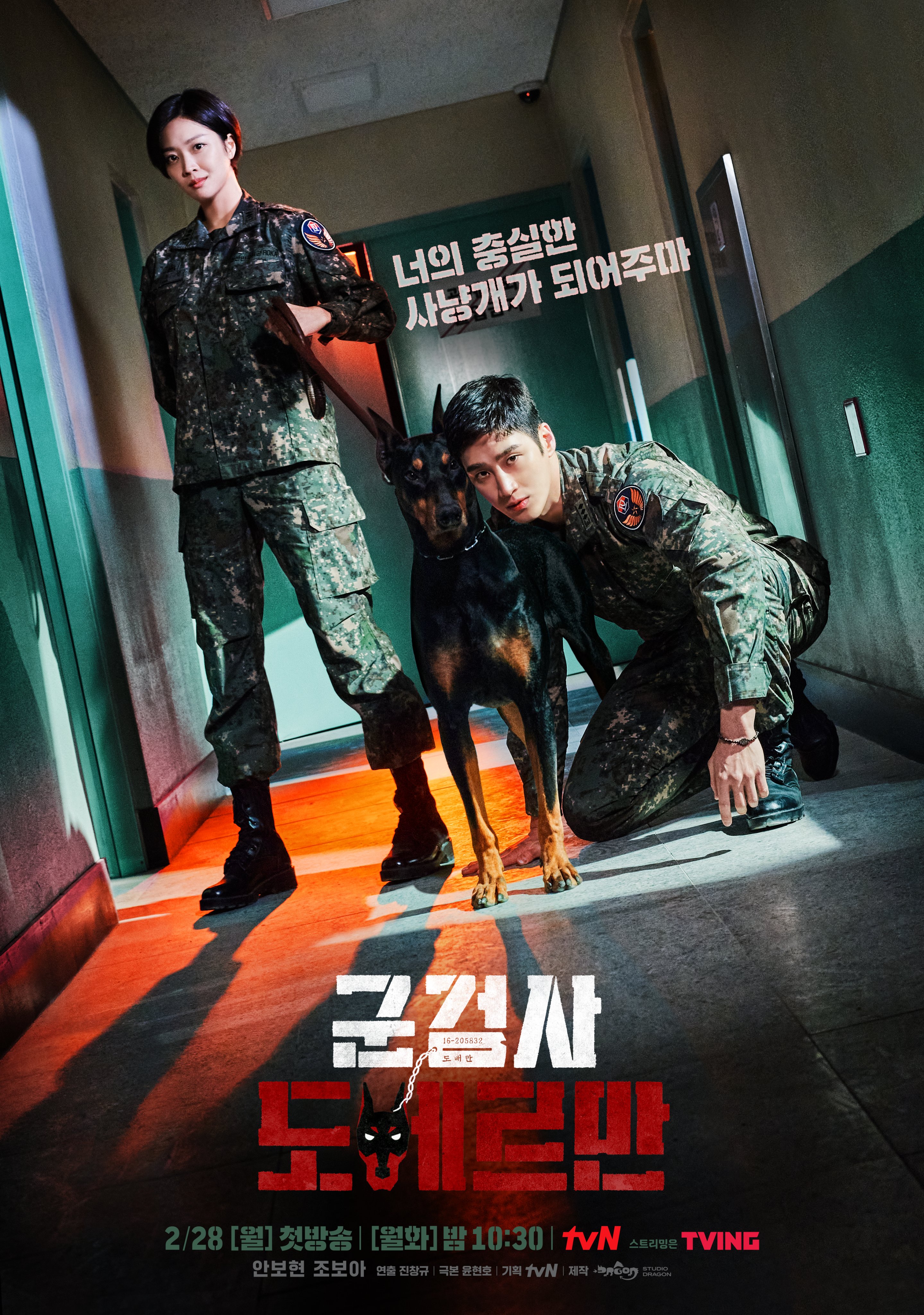 In the second poster, Do Bae Man and Cha Woo In are standing with their backs to each other. Their eyes are cold, and they stun with their unapproachable presence. What’s most intriguing is the shadows that hint their intriguing relationship. The shadows show Cha Woo In holding a Doberman by the leash, and the Doberman is none other than Do Bae Man himself. Do Bae Man has beast-like eyes that show his instinct to rush after his target any moment, and Cha Woo In seems to be manipulating everything from behind. With the poster foretelling their unpredictable chemistry, viewers are eager to see what kind of teamwork they will display as they go after justice. 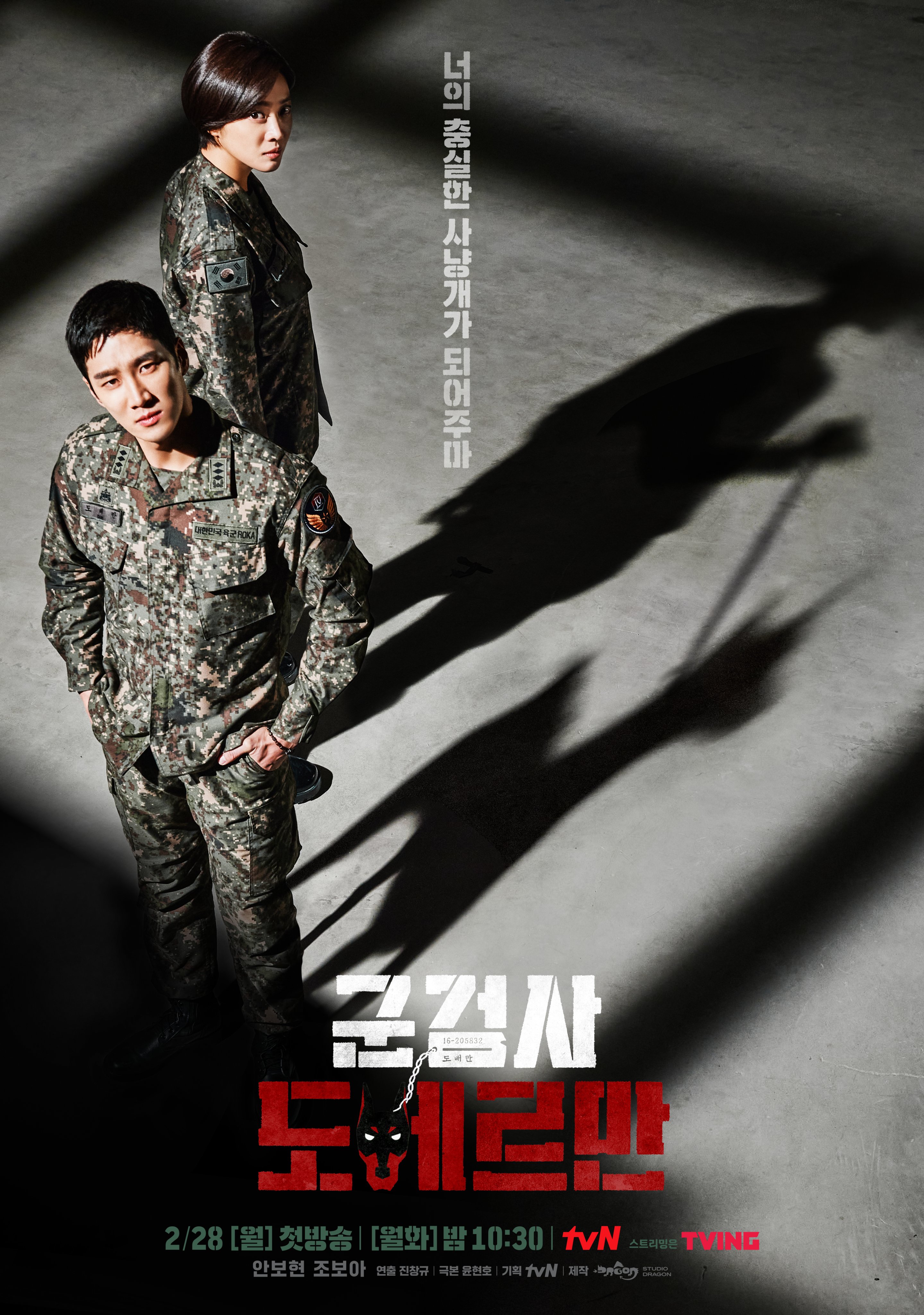 The first episode of “Military Prosecutor Doberman” will air on February 28 at 10:30 p.m. KST. Watch a teaser here!

While you’re waiting for the premiere, check out Ahn Bo Hyun in “Yumi’s Cells“: