“Moonshine” is a drama set in the Joseon era during the time when prohibition laws were at their strongest. The series tells the love story of Kang Ro Seo, a struggling aristocrat who starts illegally making alcohol in order to support her family (played by Hyeri), and Joseon’s greatest inspector Nam Young, who is known for living a very principled life (played by Yoo Seung Ho).

Previously on episode 12, wanted posters of Kang Ro Seo were spread all over the country, so she set up a hideout in order to avoid getting arrested. However, someone ratted on her, and she attempted to run away from the soldiers chasing after her. While fleeing, she received help from a mysterious figure, raising curiosity about what events will unfold next.

In the first set of stills, Nam Young and Lee Pyo (Byun Woo Seok) start to track down the person who ratted on Kang Ro Seo’s hideout. Nam Young looks suspicious as he interrogates possible culprits, and Lee Pyo exudes charisma as he gazes at someone with keen eyes. He once made a sincere confession to Kang Ro Seo in hopes that she would become his wife, but then he gave up his feelings for her because he didn’t want her to struggle in the palace. Now, Lee Pyo is making dire efforts to protect Kang Ro Seo as a friend. Will Nam Young and Lee Pyo, who joined hands to protect Kang Ro Seo, be able to save her? 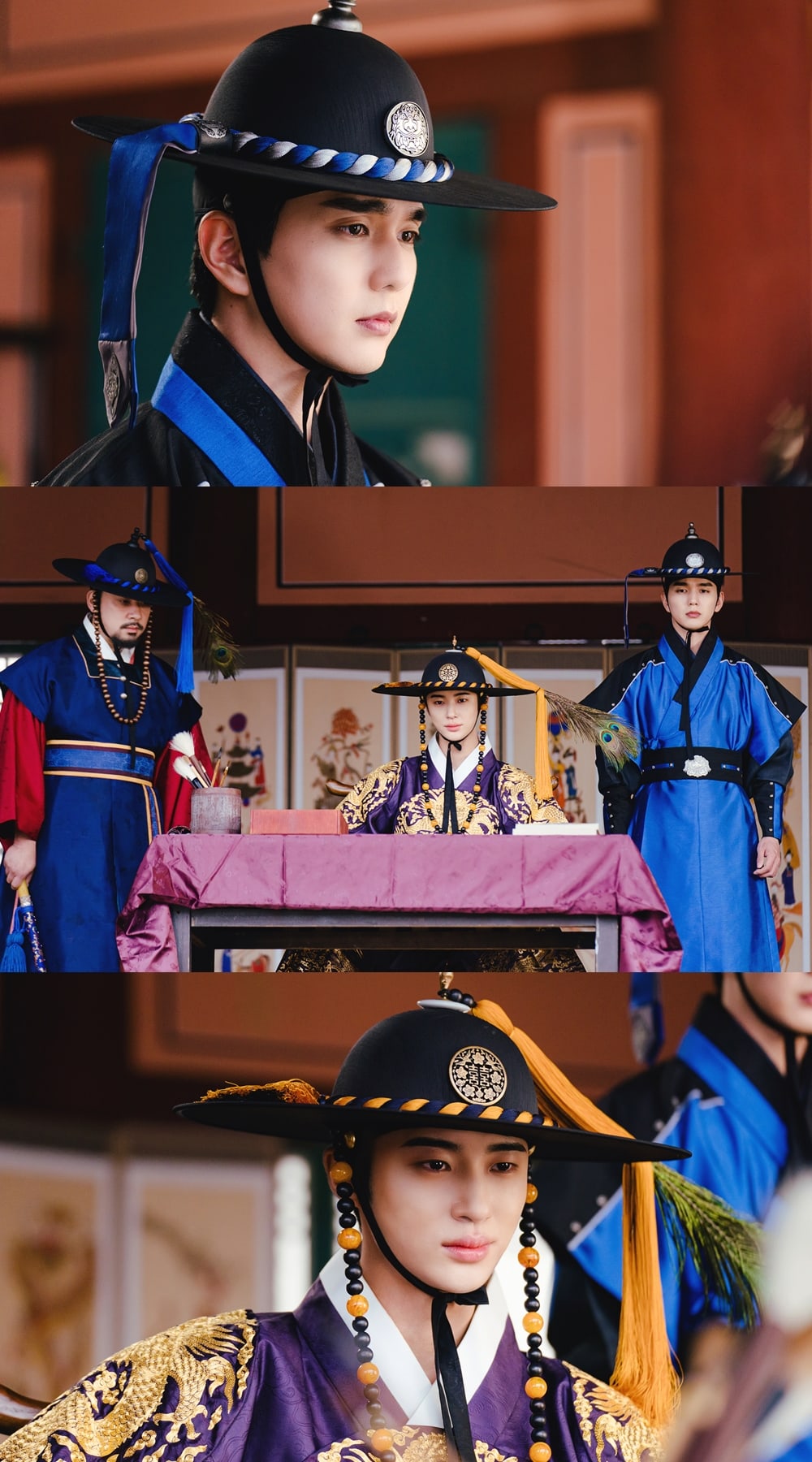 The second set of stills show Han Ae Jin (Kang Mina) as Lee Pyo’s crown princess. Han Ae Jin oozes a royal aura as she is spotted wearing luxurious robes in the palace. Lee Pyo comes to visit her, and he gives her a meaningful look that piques curiosity about what kind of conversation he came to have with her.

Han Ae Jin’s dream was to marry a handsome man, and she fell in love with Lee Pyo, who hid his identity and rejected her heart because of his love for Kang Ro Seo. At first, Han Ae Jin refused to be the crown princess, but she found out the crown prince was none other than Lee Pyo, and she was thrilled that the man she loved ended up becoming her husband. Han Ae Jin vowed to make Lee Pyo fall in love with her, so viewers can anticipate what kind of “married couple” chemistry these two will create. 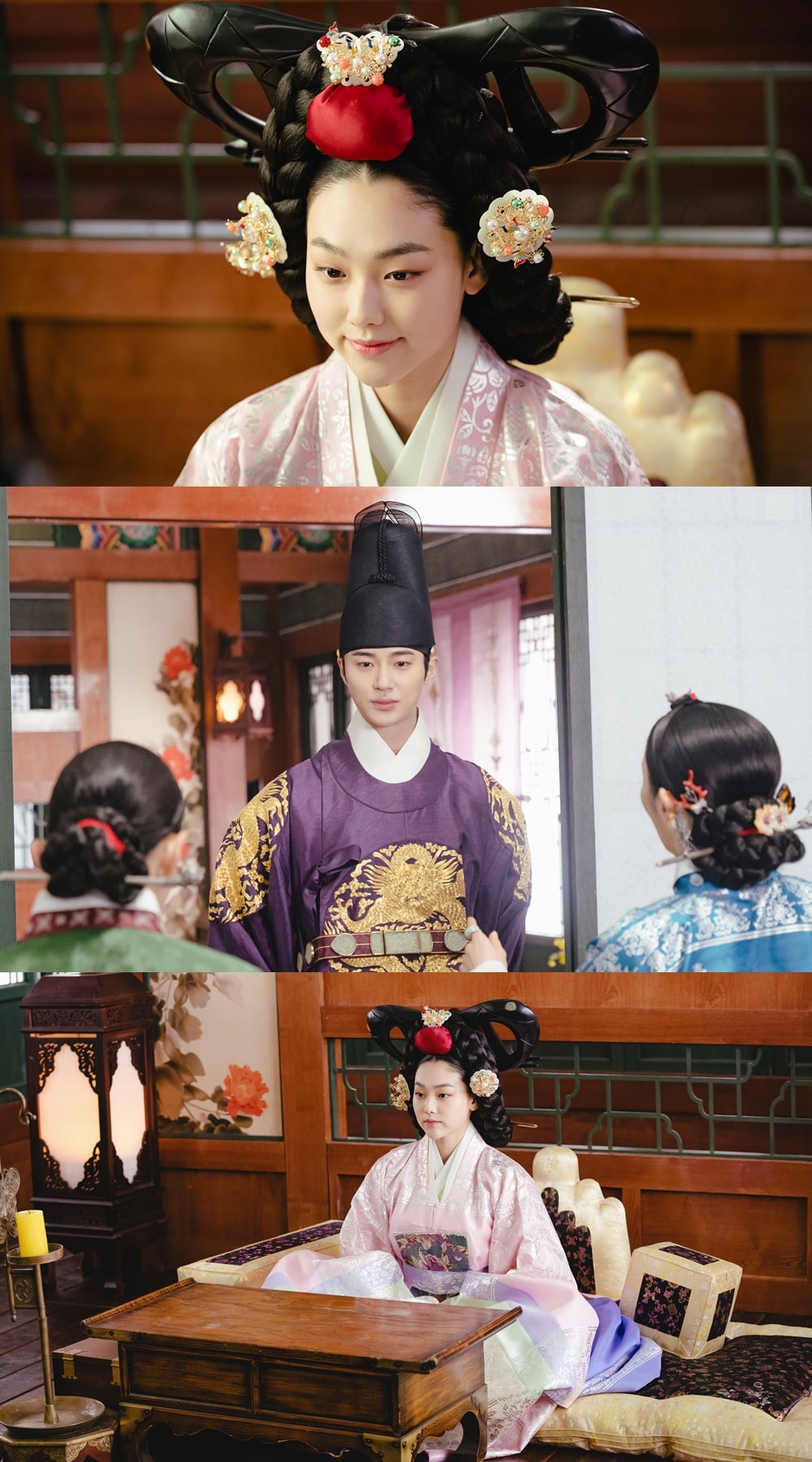 “Moonshine” will air two consecutive episodes on February 8, and they will start airing at 10 p.m. KST.