Ahn Eun Jin, Red Velvet’s Joy, and Kang Ye Won Find Inner Peace As They Spend Time Together In “The One And Only”

“The One and Only” is coming to an end!

The JTBC drama stars Ahn Eun Jin, Red Velvet’s Joy, and Kang Ye Won as three terminally ill women who meet at a hospice. They decide that before they die, they want to take down one bad guy before they go – and in their attempt to do so, Pyo In Sook (Ahn Eun Jin) winds up meeting “the one and only” most valuable person of her life (Kim Kyung Nam).

So far, “The One and Only” captivated viewers with its touching and thrilling plot developments. The biggest key point of the drama, though, is the strong bond between Pyo In Sook, Kang Se Yeon (Kang Ye Won), and Sung Mi Do (Joy). Although they started off on the wrong foot, they became entangled through the murder case of Ha Yong Geun (Baek Hyun Jin). From there, they experienced life’s ups and downs together, and they unexpectedly found hope in the form of true friendship.

With only two episodes left until the conclusion, the drama released new stills that shed a light on the trio’s ending. In the photos, Pyo In Sook, Kang Se Yeon, and Sung Mi Do spend quality time with each other. In one still, they snuggle together with peaceful and blissful expressions. Other photos show them visiting the beach, and they gaze out at the sea with pensive expressions. The final two episodes are expected to warm viewers’ hearts with meaningful moments. 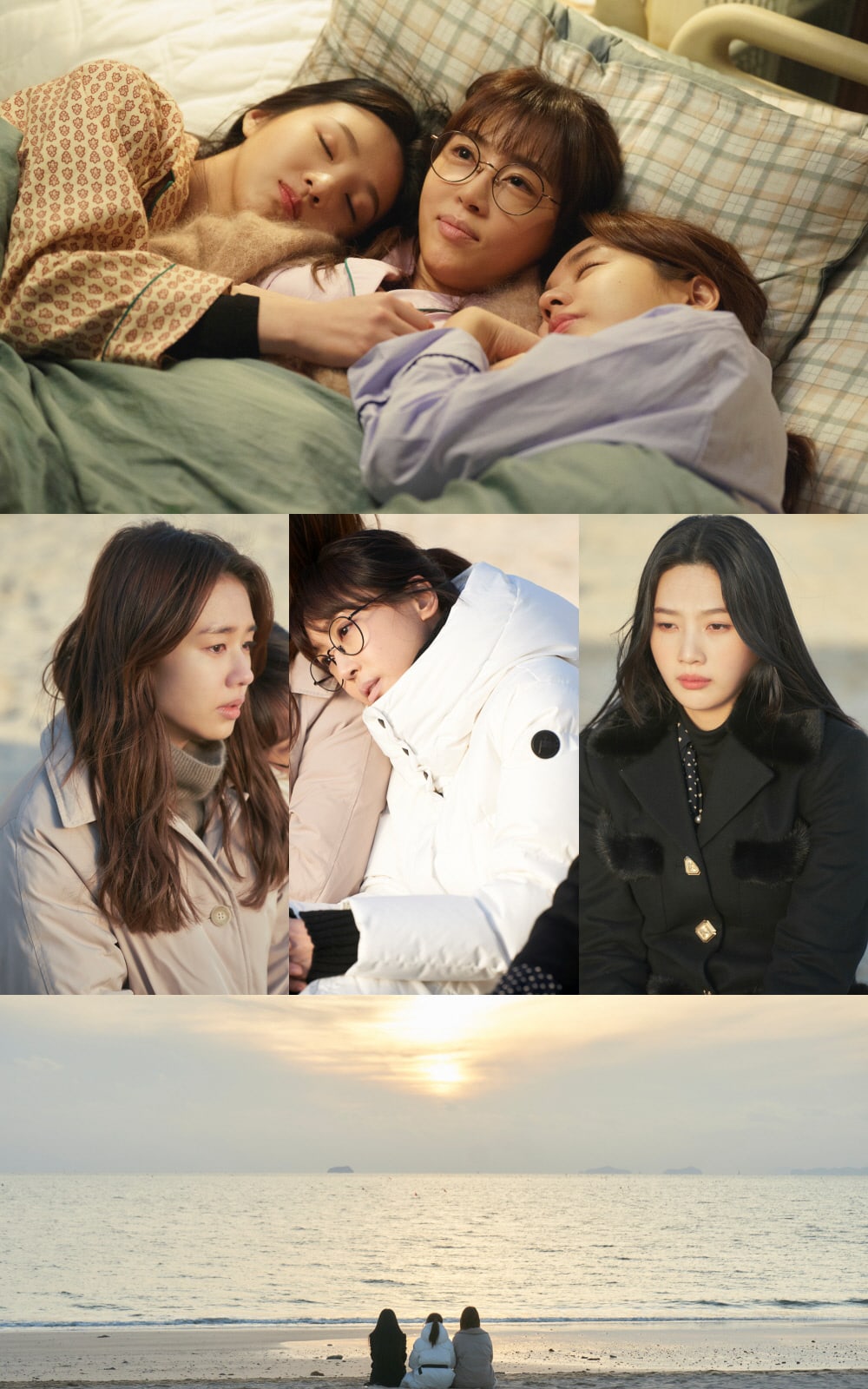 The drama’s producers commented, “Pyo In Sook, Kang Se Yeon, and Sung Mi Do will finally visit the sea. The green flash is really rare to see, so please look forward to finding out if they will be able to miraculously see it. Please also keep an eye on the ending of their ripe womance.”