“Sponsor” Shares Keywords To Amp Up Excitement For Long-Awaited Premiere

IHQ’s upcoming drama “Sponsor” is gearing up for its premiere!

“Sponsor” is an upcoming romance drama about the dangerous relationships between two men and two women who will stop at nothing to get what they want—and who even go looking for “sponsors” to help them achieve their desires.

In order to raise anticipation for the drama’s premiere, IHQ released keywords to represent the show. The first set of keywords are “ambition,” “revenge,” “love,” “child,” “success,” and “runaway engine.” In the drama, desperate people form risky relationships. Despite having everything, Han Chae Rin still yearns for more love. Hyun Seung Hoon throws away the burden of his family to chase after success, and although Lee Sun Woo looks gentle on the outside, he is burning with the desire for revenge on the inside. Finally, Park Da Som becomes conflicted between her terminally ill child and work. The four main characters will fiercely face off and use each other to fulfill their goals, acting like a runaway engine headed towards disaster. 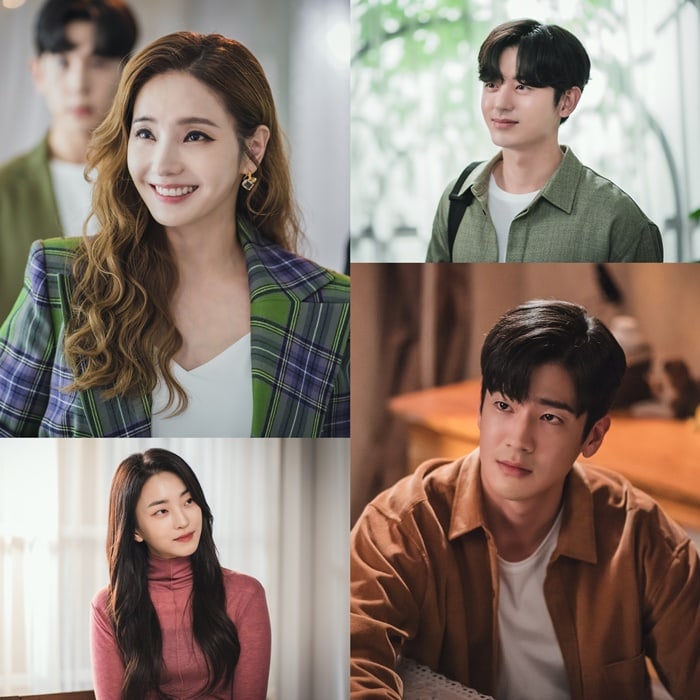 The second set of keywords are “adult romance,” “deep relationships,” and “fatal charm.” In “Sponsor,” the actors will show the true meaning of “adult romance” through their enthralling chemistry. In particular, Han Chae Rin will become deeply intertwined with aspiring model Hyun Seung Hoon, who is struggling to escape from reality, and Lee Sun Woo, who has a painful past. Furthermore, as the title suggests, shocking relationships with sponsors will also be formed.

Finally, the last set of keywords are “multifaceted pasts” and “problematic wounds.” Through the reckless behavior of the four men and women, “Sponsor” will highlight the meaning of desire. However, as the characters’ painful pasts become revealed slowly, viewers will begin to understand their decisions. The realistic characters, who have been wounded by family and love in the past, will captivate viewers.

In the meantime, watch Han Chae Young in “A Pledge to God“: