BIGBANG’s T.O.P has updated fans on his state of mind after parting ways with his longtime agency!

On February 7, YG Entertainment officially announced that T.O.P had left the agency after 16 years, explaining that he wanted “to broaden the scope of his individual activities aside from just his promotions with BIGBANG” and that he would be “taking on a wide variety of challenges as both an artist and an entrepreneur.”

However, the agency clarified that T.O.P will still remain part of BIGBANG and will participate in the group’s activities whenever he can—including their long-awaited comeback this spring.

The following day, T.O.P shared an update on Instagram Stories to let fans know how he was doing in the wake of the big news.

After first simply posting the text “HAPPY,” he followed up a few hours later with a new photo declaring, “I’m so HAPPY.” 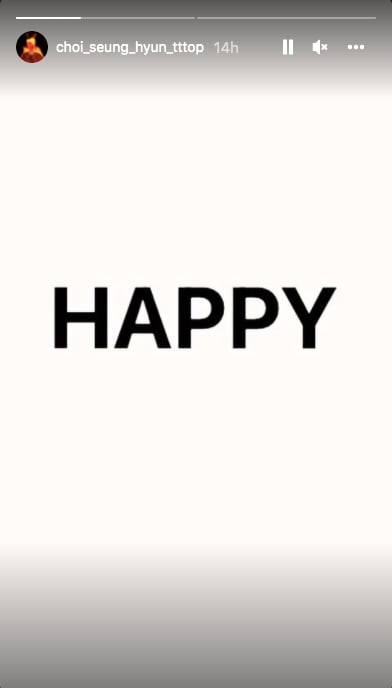 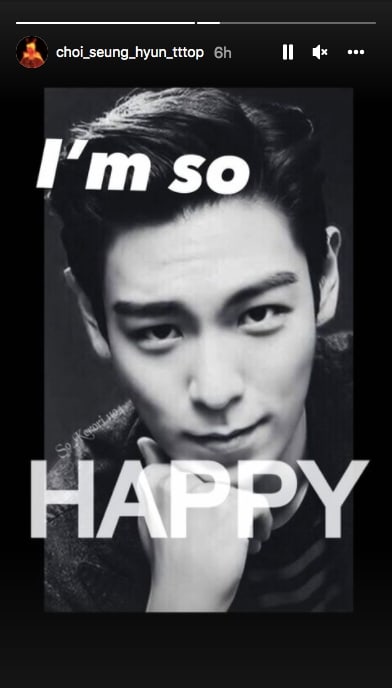 We’re happy to see that T.O.P is feeling good about his fresh start, especially with BIGBANG’s comeback coming up!

In the meantime, watch T.O.P in his film “Commitment” with subtitles below: