JTBC has released new photos for “Forecasting Love and Weather” and explained what measures they took to ensure a realistic drama!

The new stills feature Jin Ha Kyung, Lee Si Woo, and their co-workers hard at work, showing the tension that accumulates in their office. 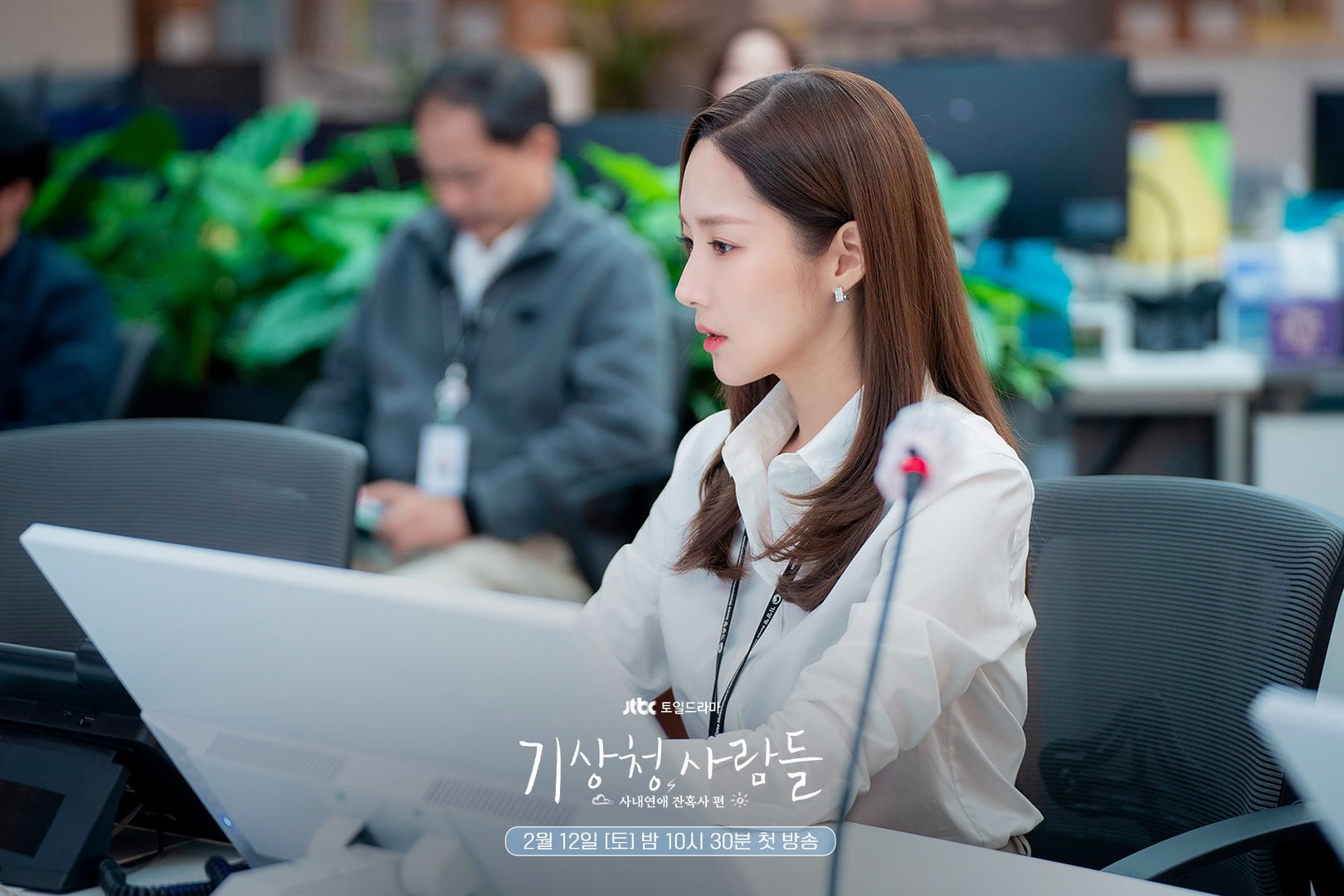 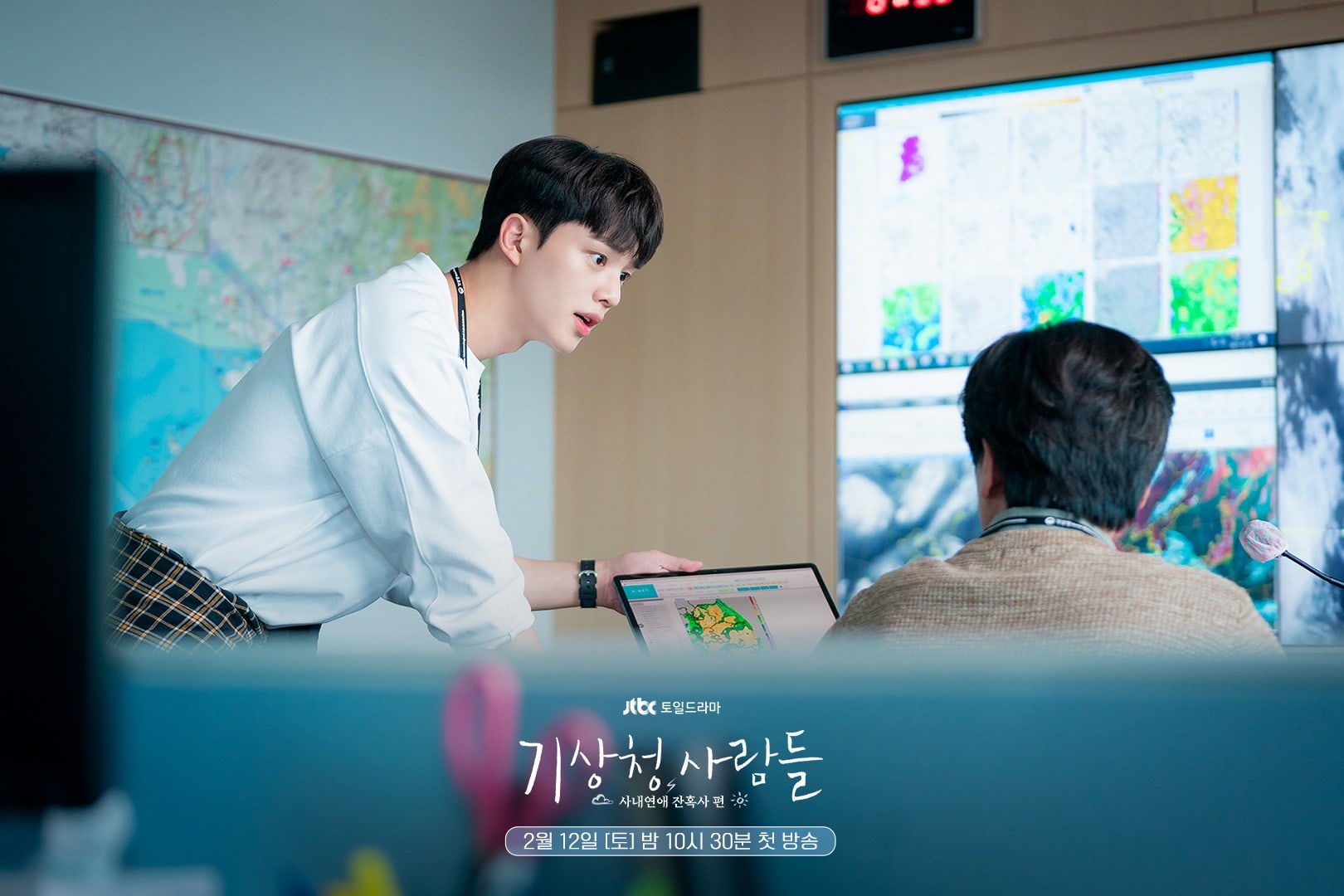 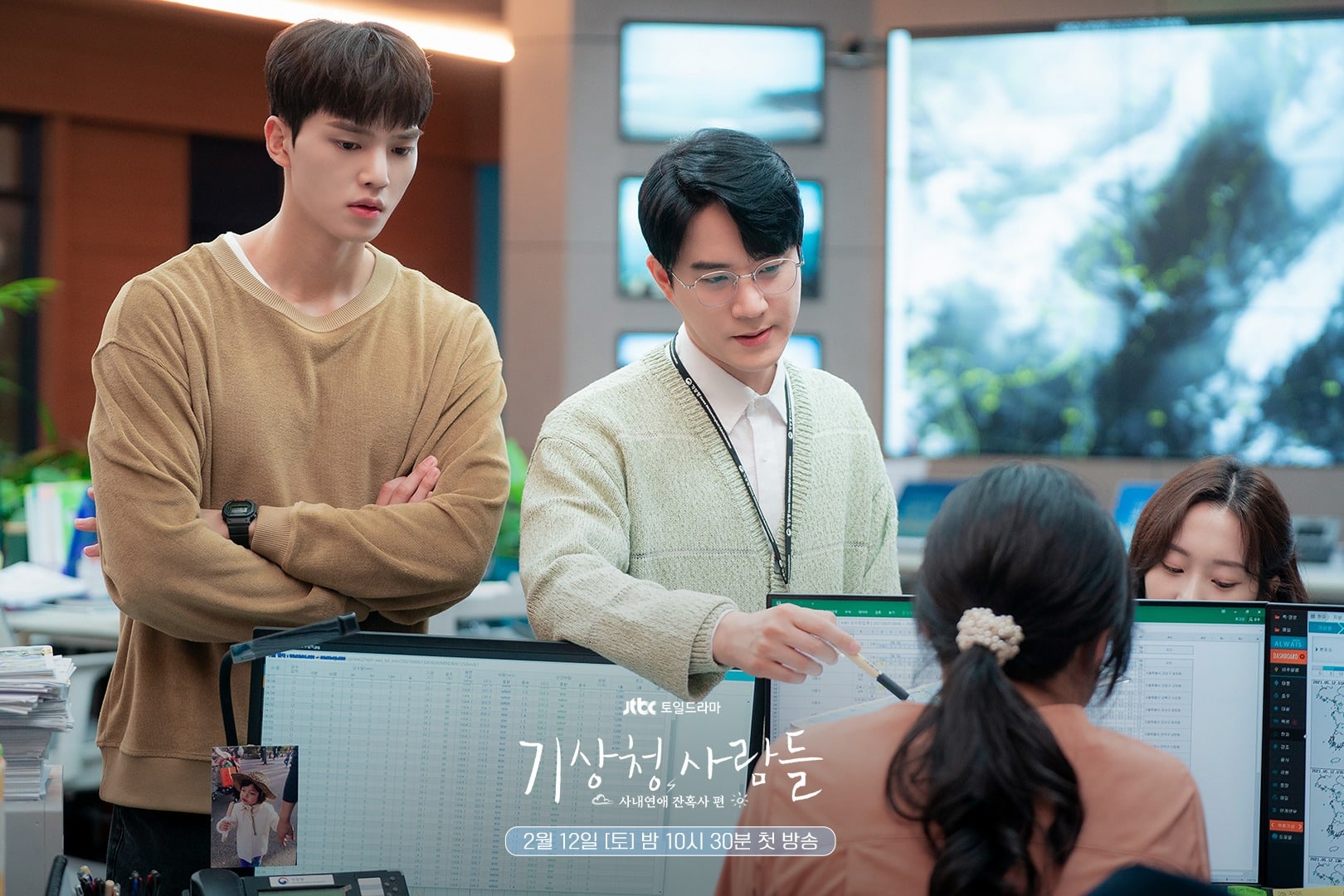 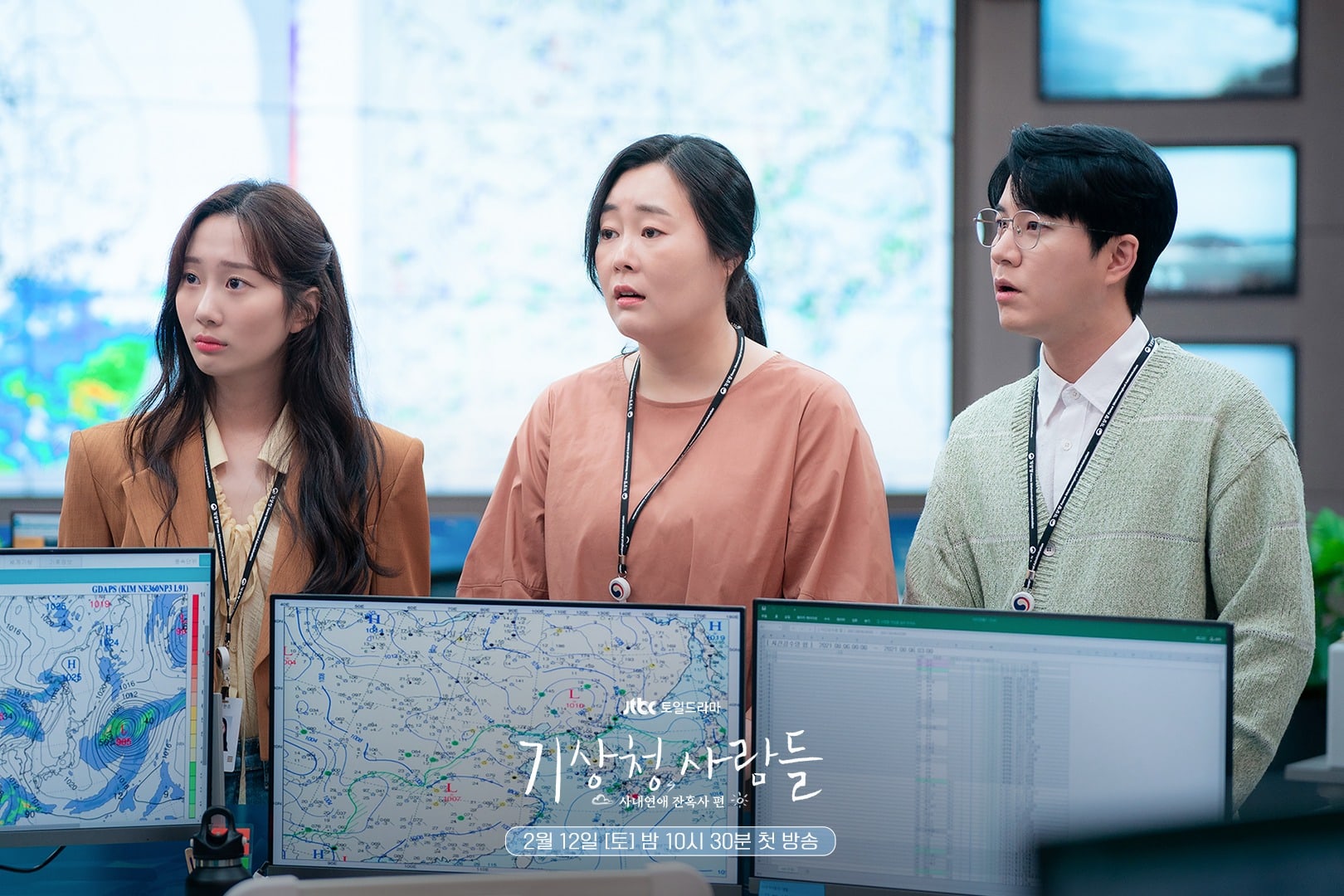 Firsts inevitably require a lot of care and consideration – which is exactly what JTBC did when creating a brand new weather-related drama with “Forecasting Love and Weather.” To prepare, JTBC derived details for the drama by consulting with and seeking advice from real-life associate spokespersons, forecasters, and weathermen for six months. Secretary Noh Sung Woon, who has worked in the spokesperson’s office at the Korea Meteorological Administration for the past 27 years, elaborated on the process.

Regarding when he first heard about a drama being made about the Meteorological Administration, Noh Sung Woon shared, “To the point where I thought, ‘Is this possible? What are they thinking, saying they’ll do this?,’ it was hard to imagine.” However, his thoughts changed when he saw writer Sun Young spending two months working overtime with forecasters, making note of the smallest details to use as the foundation of the script.

Looking back on the process, Noh Sung Woon commented, “Since it was the first time showcasing my workplace, I couldn’t half-heartedly pass by any aspect. I meticulously made sure that the screen or documents the forecasters were looking at matched the scenario and took care of the kind of documents they were analyzing, depending on the weather.” He added that they even went through 20 to 30 years worth of documents in order to find ones that were accurate.

In addition to these efforts, the crew also filmed at a national typhoon center in Seogwipo to capture a detailed video of a typhoon. Even in the drama’s short teaser and highlight clips, the forecasting details are clear and raise anticipation for the incredibly realistic drama.

Noh Sung Woon added that this story about forecasters was gradually completed through “competitive discussion and debate” as well as everyone’s hard work. He continued, “We also did not forget about the ‘hidden workers’ who work to share the most accurate forecasts with the press and our citizens: the employees who deal with the watchers, models for numerical weather prediction, super computers, weather satellites, and weather radars that observe every hour and every minute to share our most basic materials.” Noh Sung Woon explained that while there are a lot of employees who support this work from hidden places, this drama also captures that reality.

Lastly, Noh Sung Woon shared, “We shared the weather directly on set and the staff members say that they now know why sharing weather information that changes instantaneously is important. One of forecasters’ most important roles is quickly and accurately relaying weather information that changes minute-by-minute. Through the Meteorological Administration in the drama, I hope viewers will also think that this information can save someone’s precious life and that it becomes helpful in their everyday life.”

JTBC’s “Forecasting Love and Weather” premieres on February 12 at 10:30 p.m. KST. Check out a teaser here!

In the meantime, watch Park Min Young in “What’s Wrong With Secretary Kim” below!