MBC’s “Tracer” has unveiled the main poster for its upcoming second season!

Set at the National Tax Service, “Tracer” is a thrilling action drama starring Im Siwan as the unscrupulous and eccentric Hwang Dong Joo, a new team manager at the Seoul Regional Office’s Investigation Bureau. In his unrelenting quest to follow a trail of dirty money, he teams up with Seo Hye Young (Go Ah Sung), an honest and upstanding team member at the Seoul Regional Office who isn’t afraid to face the cowardly world head-on.

Park Yong Woo also stars in the drama as Oh Young, who was once the ace of the National Tax Service, but has since become a section chief who doesn’t believe in doing any work. Meanwhile, Son Hyun Joo plays In Tae Joon, the ambitious commissioner of the Seoul Regional Office who dreams of reaching the top.

In the newly released poster for Season 2, Seo Hye Young and Hwang Dong Joo look more determined than ever to take down the bad guys. Ready for the fierce battle ahead, Seo Hye Young glare fiercely at someone in the distance, while Hwang Dong Joo appraises a situation with a cool and unwavering eye.

In stark contrast to the lazy and complacent Oh Young from the beginning of Season 1, Oh Young looks sharp and alert in the poster, reminding us that the ace within him has reawoken. He isn’t the only one who’s on his guard, however—In Tae Joon’s gaze is just as steely as he makes a serious phone call, hinting that he’ll be a force to be reckoned with in Season 2.

Meanwhile, the poster’s caption teases, “From now on, the real [battle] begins!” 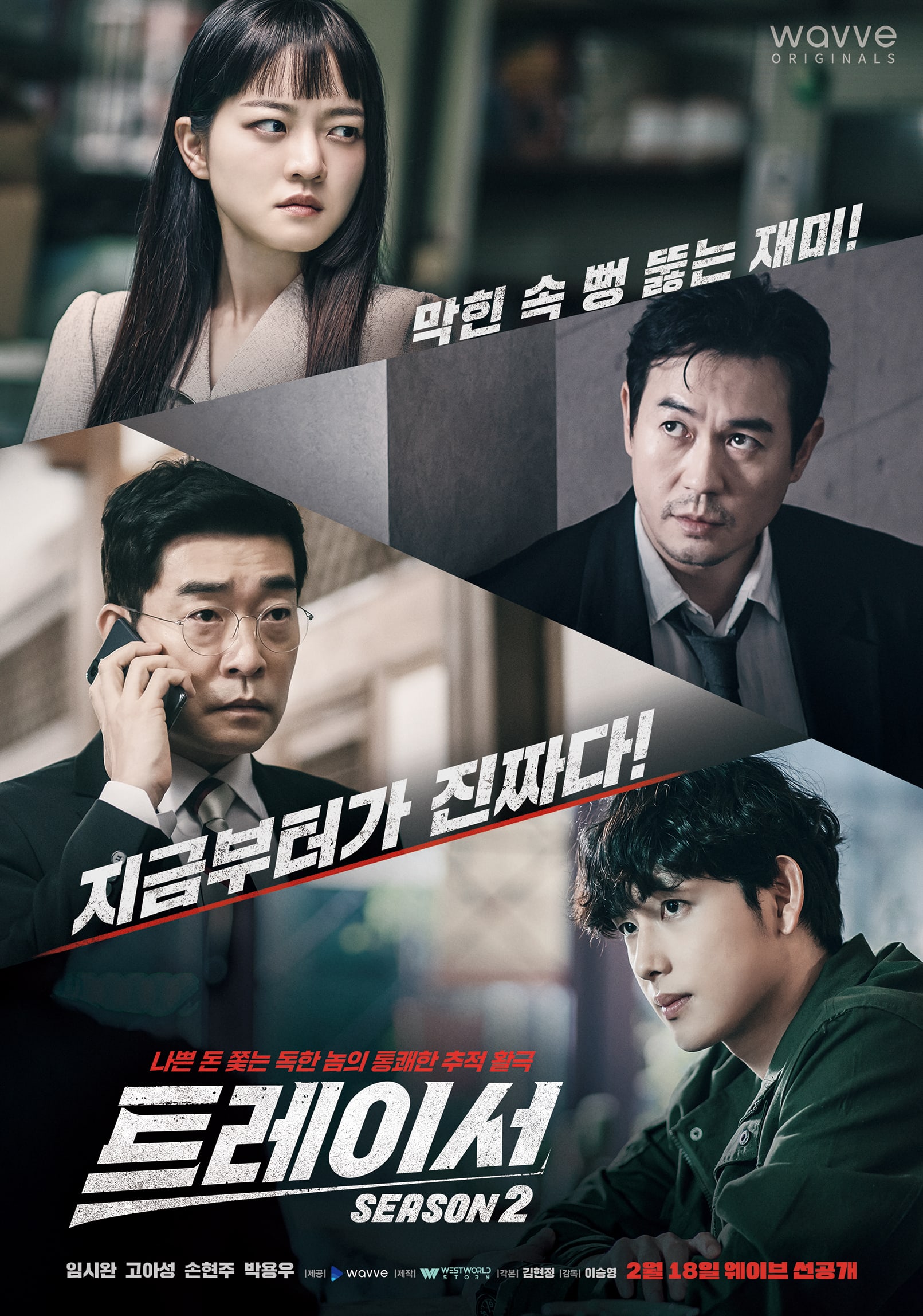 Season 2 of “Tracer” will premiere on February 18.

In the meantime, watch Im Siwan in “The King Loves” here…

…and Go Ah Sung in “Crime Puzzle” below!