Kim Jae Wook stars as Noh Go Jin, a narcissistic character who is the CEO of the education company GOTOP and the top math instructor in the country with an IQ of 190. One day, he suddenly finds out that his murder is being planned.

Krystal plays Lee Shin Ah, Noh Go Jin’s secretary who does not have much of a presence. She is a hard-working and responsible employee but is extremely quiet and introverted. Lee Shin Ah manages the struggle of being Noh Go Jin’s secretary for over a year, but her life takes an unexpected turn when she finds out that she does not have much time to live.

The newly released poster for “Crazy Love” captures the drama’s theme and highlights its chaotic plot. Two figures of a bride and groom are placed on top of a simple wedding cake. Although the wedding concept may seem sweet, blood flows down from the top of the cake. The groom figure stands calmly with his hands neatly clasped, but the bride figure threateningly holds a claw hammer in her hand. Furthermore, her white wedding dress is splattered with blood stains, raising questions about the bloody romance to come. 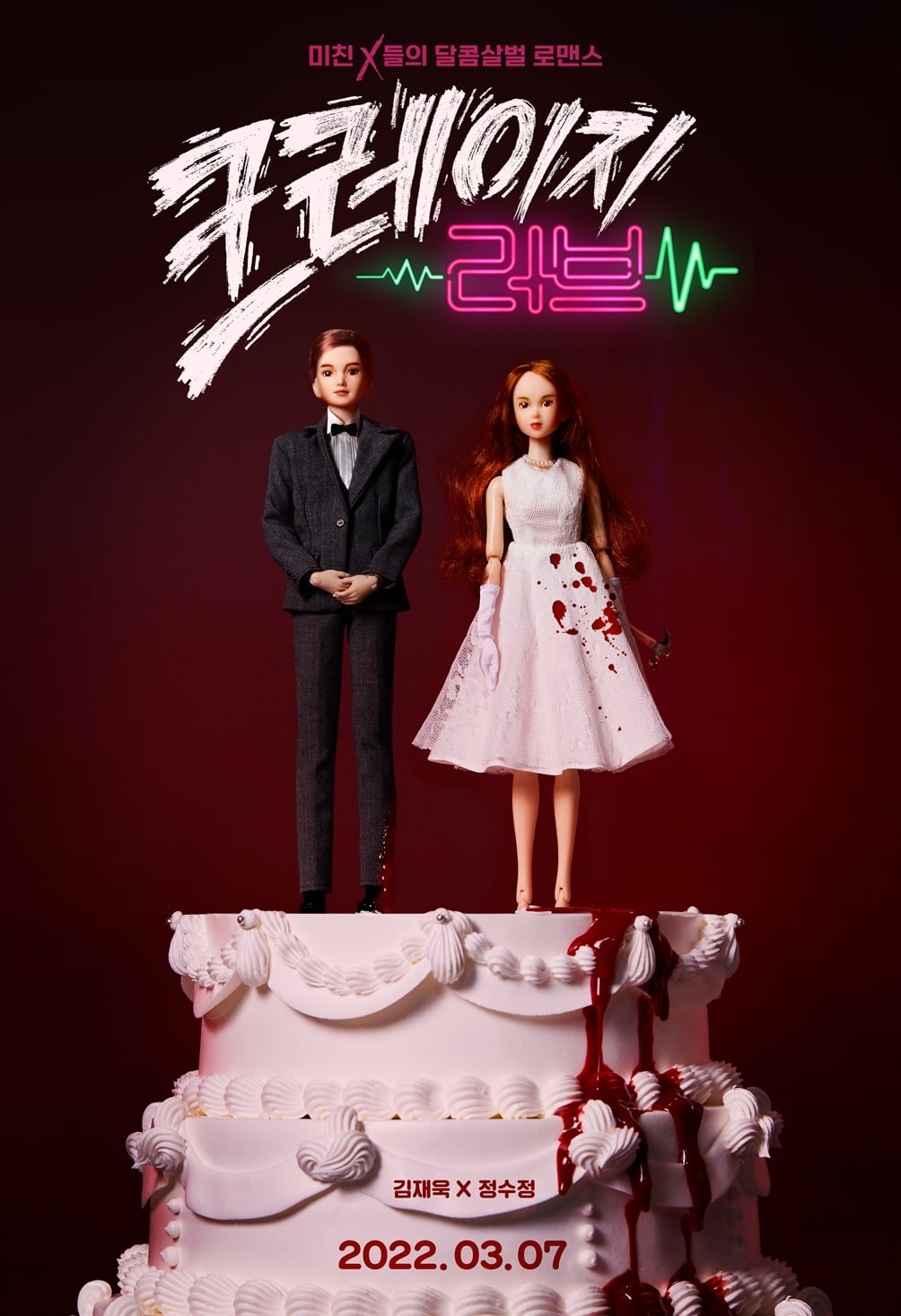 “Crazy Love” will be directed by Kim Jung Hyun of “Jugglers,” “My Fellow Citizens,” and “Awaken,” and it will be written by Kim Bo Gyeom. The production team shared, “‘Crazy Love,’ which garnered buzz for the unexpected and crazy combination of Kim Jae Wook and Jung Soo Jung (Krystal), has finally confirmed its premiere date and is gearing up to meet viewers. Please anticipate the crazy romance, which has a charmingly unpredictable development that can be seen through the teaser poster.”

In the meantime, watch Krystal in her previous drama “Police University“:

And catch Kim Jae Wook in “Her Private Life” below: