“Tomorrow” is based on a webtoon of the same name and tells the story of Choi Joon Woong (Rowoon), who gets into an unfortunate accident while struggling to find a job. As a result, he crosses paths with grim reapers Goo Ryun (Kim Hee Sun) and Lim Ryoong Goo (Yoon Ji On), who work together to save the lives of those who are contemplating suicide, and he winds up joining their team in the underworld as their youngest member.

Kim Hee Sun will play the powerful grim reaper Goo Ryun, who is the Crisis Management Team leader at the spirit management headquarters of the afterlife monopoly called Joomadeung (phantasmagoria). Her role is to save the lives of people contemplating suicide. Rowoon accompanies her as Choi Joon Woong, a new contract employee on the Crisis Management Team. After a long job hunt, the accident-prone Choi Joon Woong finally achieves his dream of getting a job, but in the underworld.

Also on Goo Ryun’s Crisis Management team is Im Ryoong Goo, played by Yoon Ji On. The humorous and energetic Im Ryoong Goo always makes sure to clock out of work after exactly eight hours, keeping his work-life balance perfect. Lee Soo Hyuk plays Park Joong Gil, the team leader of the Guiding Management Team at Joomadeung. Park Joong Gil is cold, with a powerful dark aura, but he is the best at his job of guiding the deceased. As he believes firmly in adhering to rules, he is always clashing with Goo Ryun and the Crisis Management Team.

In particular, Choi Joon Woong is holding onto the hand of someone who is in a precarious situation. The text reads, “Our job is to [help them] find a reason to live tomorrow,” which makes viewers realize that he’s grabbing the hand of a person who wants to die. As a result, there are high expectations about the story and chemistry of the four grim reapers. 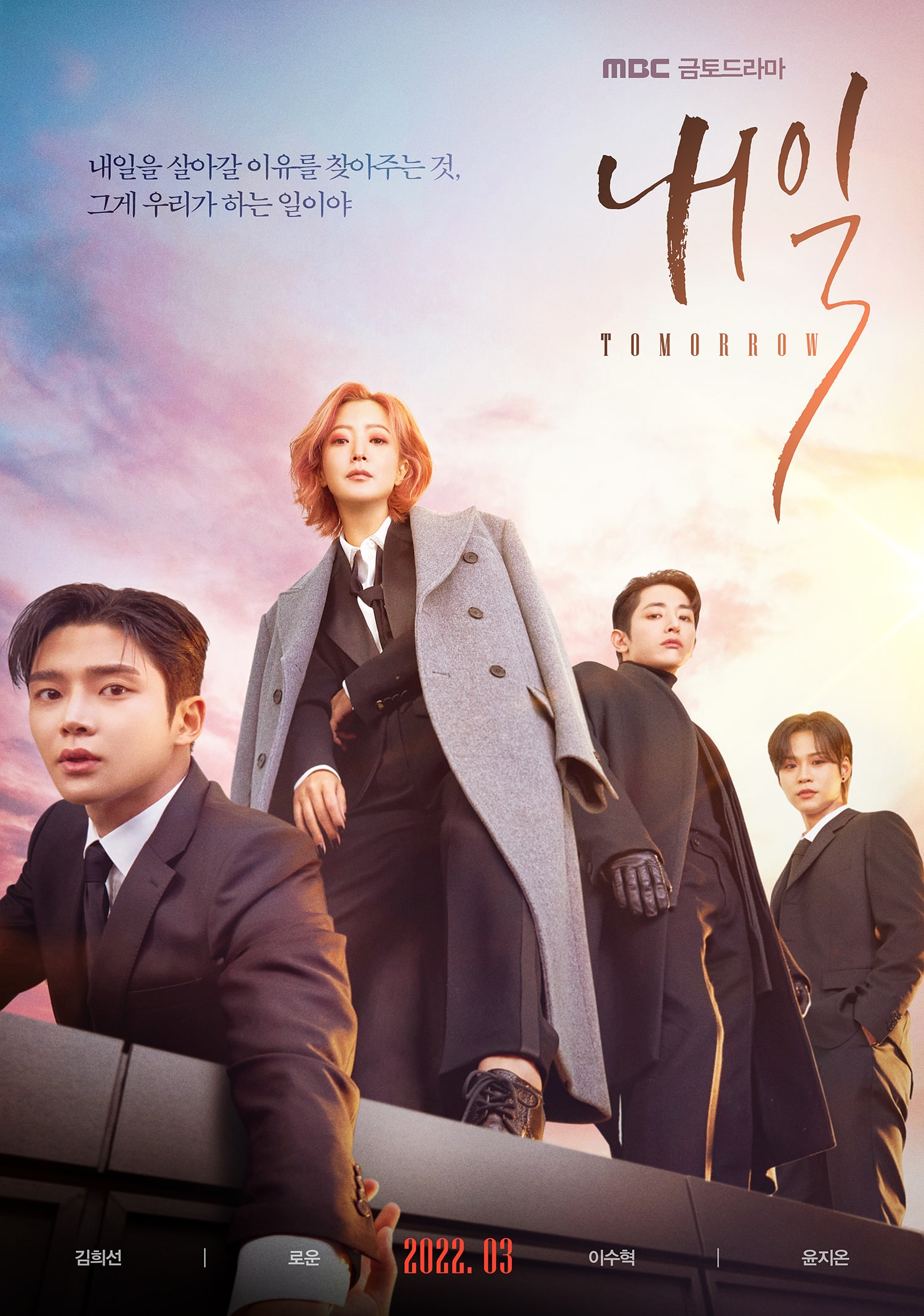 “Tomorrow” will premiere in March 2022 following the conclusion of “Tracer.”