Son Ye Jin will play Cha Mi Jo, the head dermatologist of a clinic in Gangnam. Jeon Mi Do will take the role of Jung Chan Young, an acting teacher who previously dreamed of becoming an actress, and Kim Ji Hyun will star as Jang Joo Hee, a department store cosmetics manager.

Yeon Woo Jin will turn into Kim Sun Woo, a dermatologist who works at the same hospital as Cha Mi Jo. Lee Moo Saeng will transform into Kim Jin Seok, the CEO of Champ Entertainment, and Lee Tae Hwan will act as Park Hyun Joon, the CEO and chef of Chinatown.

The new group poster features all six characters. They’re sitting on benches at a park, and the view behind them is just as gorgeous as their dazzling smiles. They exude pleasant warmth that amp up the excitement for their amazing chemistry.

Cha Mi Jo, Jung Chan Young, Jang Joo Hee, Kim Sun Woo, Kim Jin Seok, and Park Hyun Joon are all physically connected somehow. Whether they’re leaning against each other or putting a hand on one another, they’re linked together, hinting their strong bond. The text on the poster reads, “Since it’s us, it’s very special right now,” which informs viewers that the drama will revolve around their special friendship. 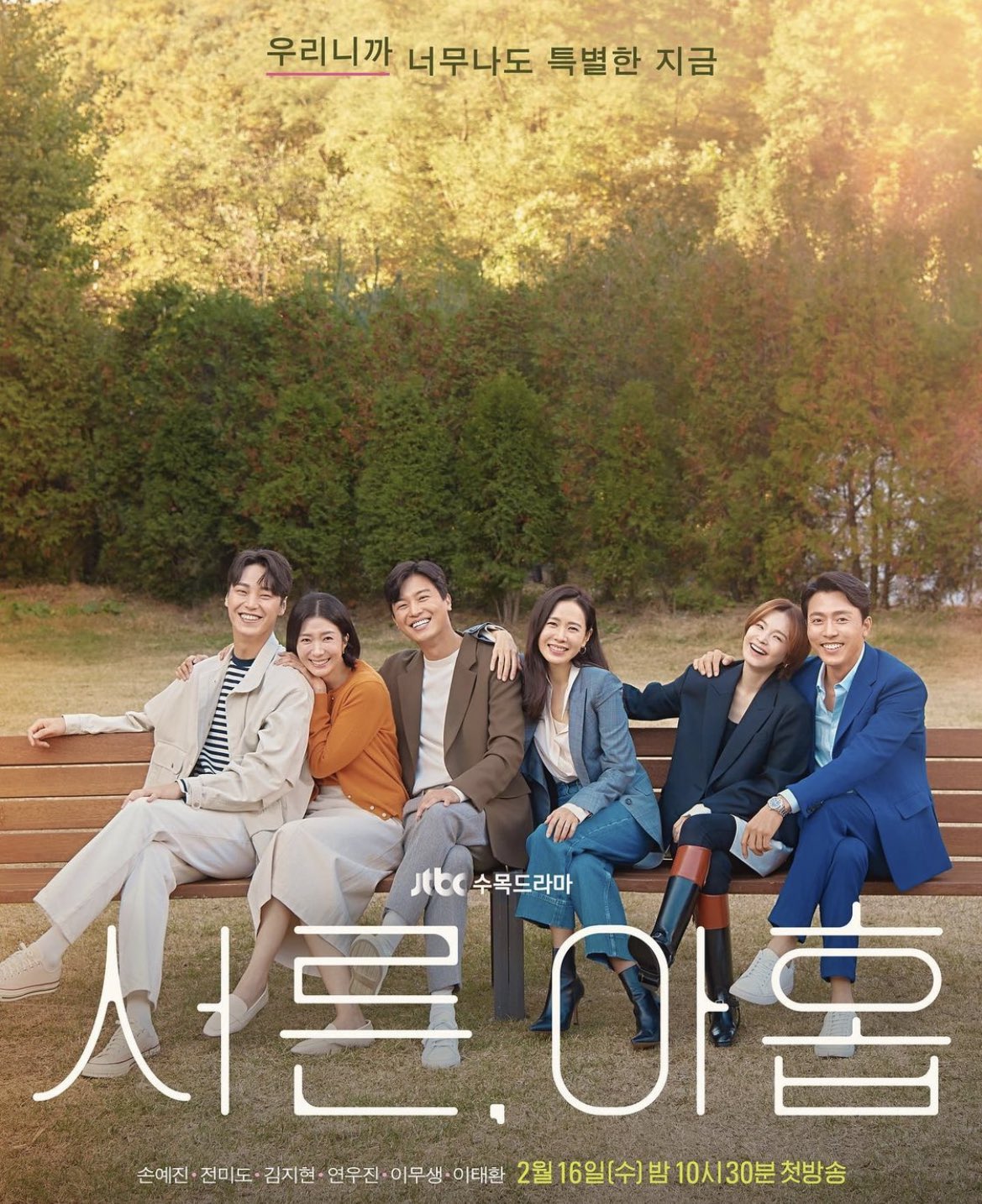 “Thirty-Nine” is a romance drama that deals with in-depth stories about friendship, love, and life, and it is drawing attention with its solid cast. The first episode will air on February 16 at 10:30 p.m. KST.

In the meantime, check out Son Ye Jin in “Personal Taste“: