Lee Yo Won will be taking on her first role as a mother in the character of Lee Eun Pyo, a woman with a strong sense of pride in her high-class education. Chu Ja Hyun will play Byun Choon Hee, the beautiful trendsetter of the parents’ association who has the ability to get her hands on insider information. Kim Kyu Ri will play the role of Seo Jin Ha, Eun Pyo’s friend-turned-rival, while Jang Hye Jin will play Kim Young Mi, Choon Hee’s nemesis. Joo Min Kyung will play the role of Prk Yoon Joo, Eun Pyo’s younger cousin.

In the newly released stills, Lee Eun Pyo walks hand in hand with her two sons to school, looking tired as she accompanies them. She wears comfortable clothes, looking as if she has just rushed to get her sons ready in the morning. In contrast, Byun Choon Hee looks neat and put together in a light peach blouse and skirt. She glares sharply at something off-camera as she holds her daughter’s hand. 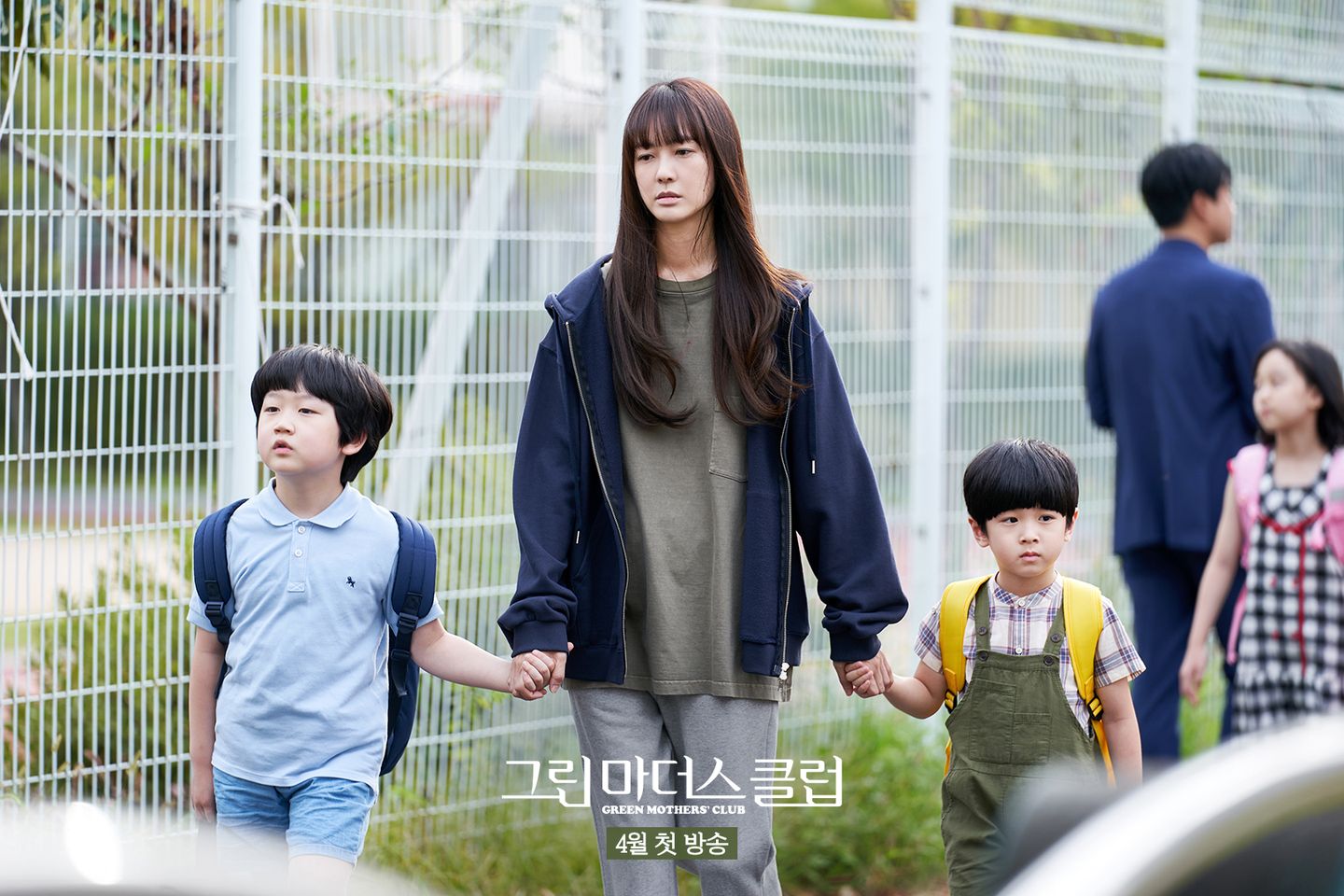 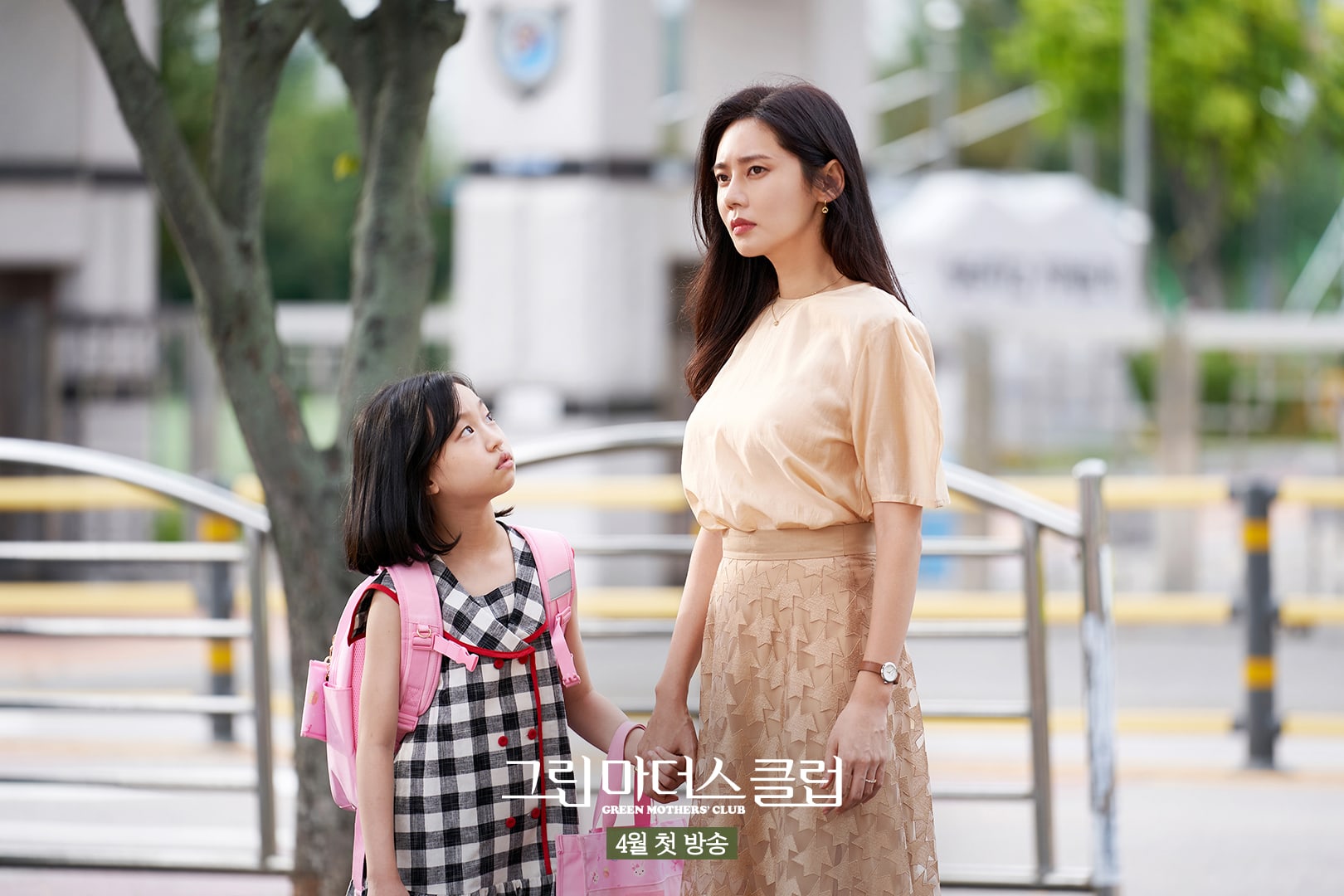 Other photos show Seo Jin Ha looking relaxed yet stylish in a clean white dress and unbuttoned blue shirt, taking a phone call while her son looks up at her.

Meanwhile, Kim Young Mi stands next to other concerned parents who are seemingly protesting an issue at the school. She holds a sign that says, “Elementary education on the edge of a cliff,” hinting at her dissatisfaction with the school system.

Finally, in the last picture, Park Yoon Joo smiles brightly as she gently draws her two children into her arms. 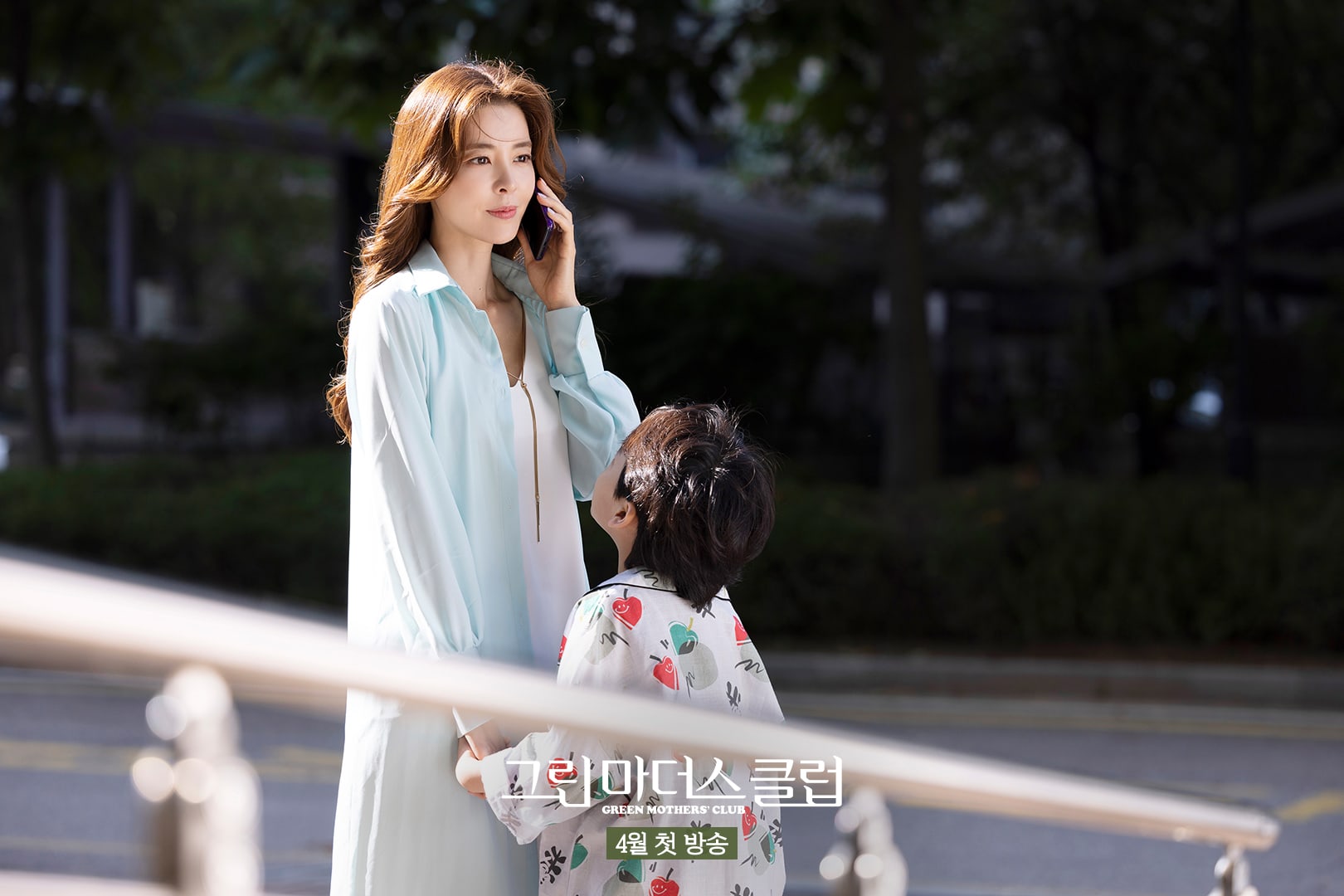 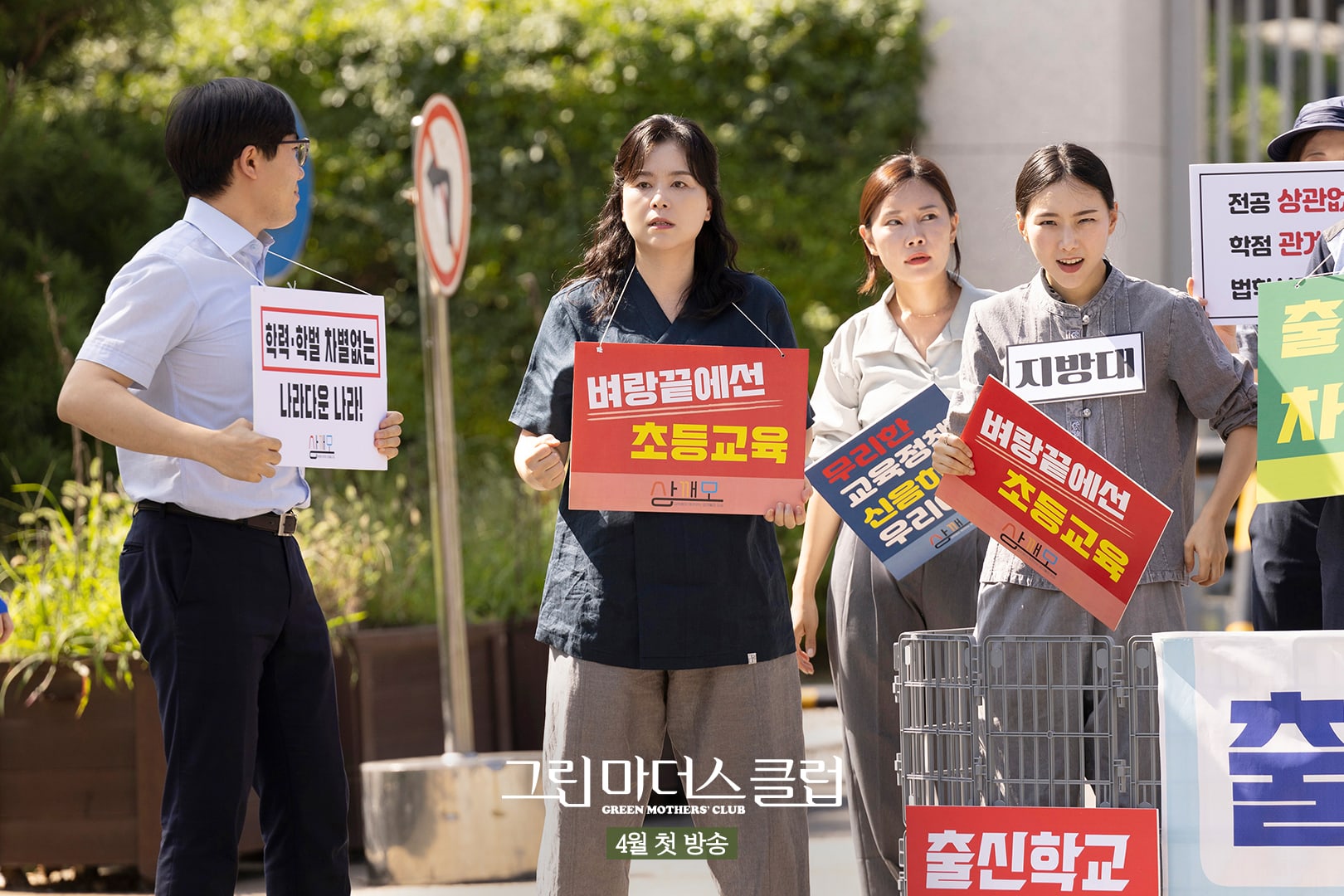 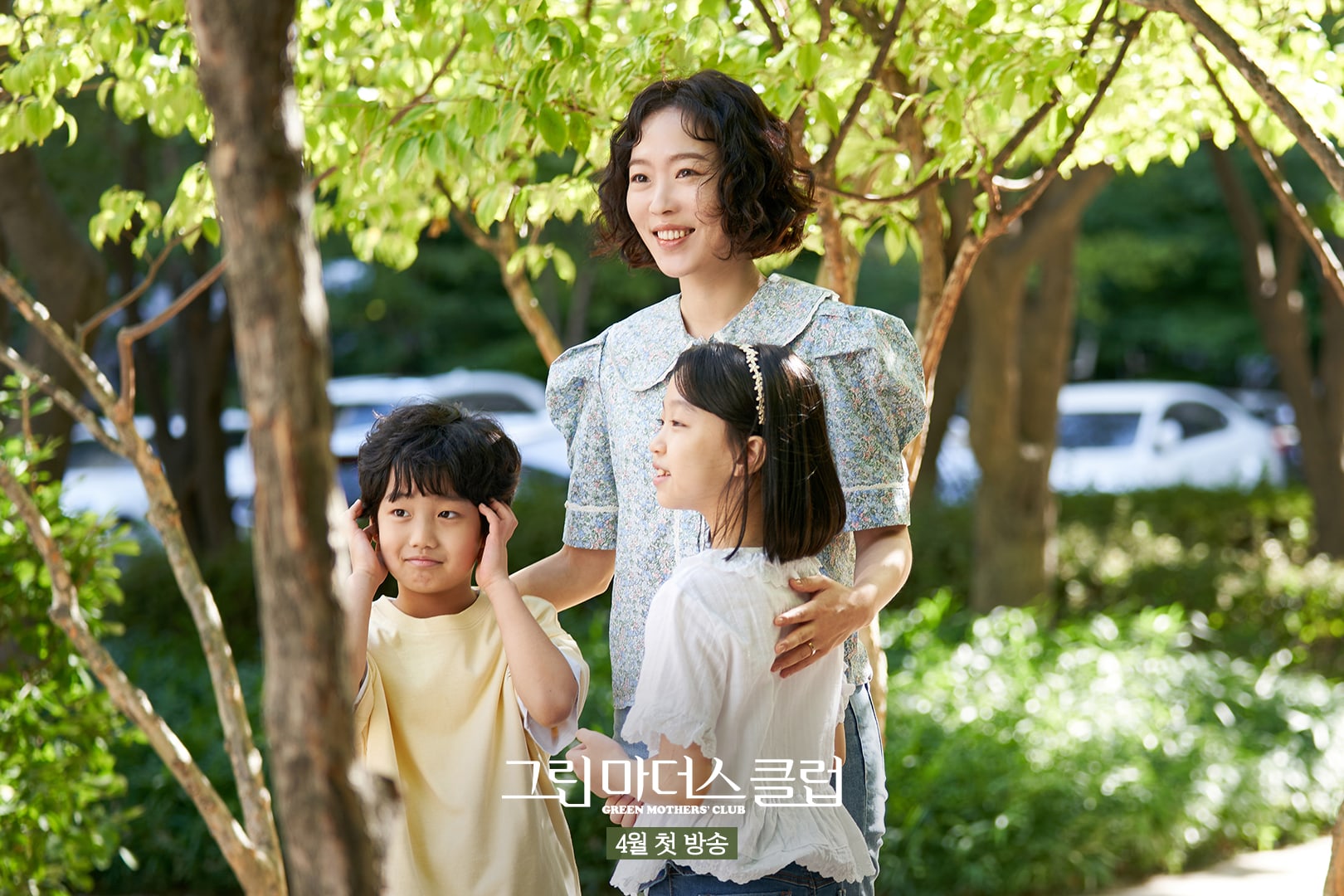 While you wait, watch Lee Yo Won in “The Running Mates: Human Rights” below!