As the final episode of “Artificial City” approaches, there have been many ups and downs. Looking back on previous episodes, there are many moments that struck viewers.

“Artificial City” is a mystery thriller set against the backdrop of an art museum that belongs to Sung Jin Group, a major conglomerate that holds the reins of the political and financial spheres of South Korea. The drama is about the greed and ambitions of women who strive to reach the highest position in the nation.

Here are three unforgettable moments from the show:

Episode 2: Yoon Jae Hee – “Everything. All of your things, mother-in-law.”

Yoon Jae Hee (Soo Ae) had to endure Seo Han Sook’s (Kim Mi Sook) humiliating words: she was only able to enter Sung Jin Group because her husband Jung Joon Hyuk (Kim Kang Woo) was born out of wedlock. Yoon Jae Hee had an ideal, and in order to fulfill this ideal, she needed to use the Sung Jin Group as a stepping stone to absolute power.

From the beginning, Seo Han Sook treated Yoon Jae Hee as a stranger and simply regarded her as a useful item. She had no intention of including her in their world, let alone in their family. However, Yoon Jae Hee was not satisfied with her position and used her friendship with former district prosecutor Cho Kang Hyun’s (Jeong Hae Kyun)’s wife, Kwon Min Sun (Baek Ji Won), to make a deal regarding the arrest of Seo Han Sook’s son and weak spot, President Jung Joon Il (Kim Young Jae).

At this time, Yoon Jae Hee said, “Everything. All of your things, mother-in-law,” showing her desire to take everything from Seo Han Sook. This moment suggests the fierce power struggle that will ensue between Yoon Jae Hee and Seo Han Sook going forward. 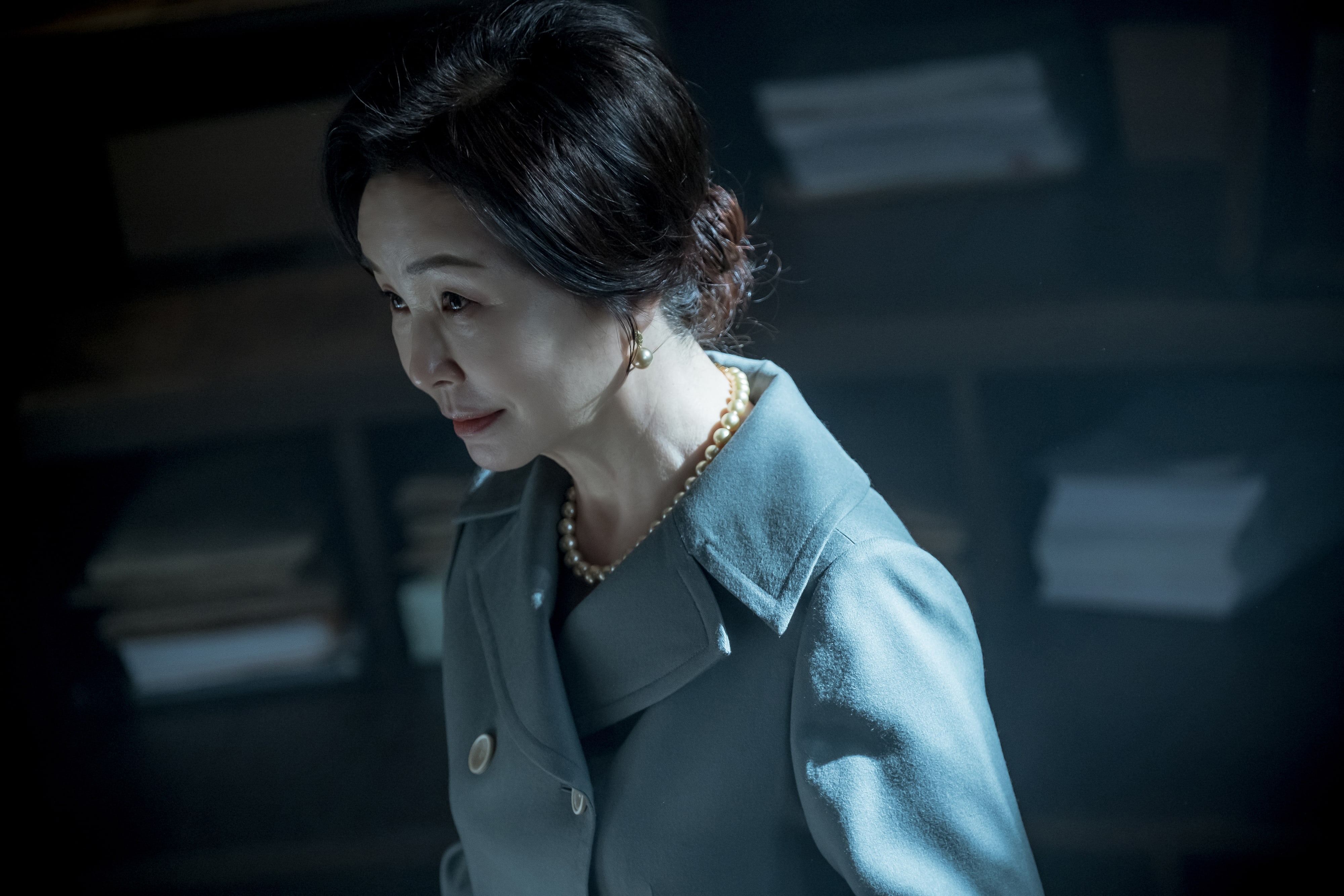 Episode 13: Seo Han Sook – “Why did you start acting as you please without my permission?”

After going through a series of events, the mother-in-law and daughter-in-law, who seemed to have a friendly alliance on the surface, came into conflict again after Yoon Jae Hee attempted to be more self-reliant. At the same time, the eldest daughter-in-law of the house, Lee Ju Yeon (Kim Ji Hyun), and Representative Min Sung Shik (Park Ji Il) made a plan to work together to drive Yoon Jae Hee from the house.

Despite being on the same side, Yoon Jae Hee could not trust Seo Han Sook. Suspecting that she was behind Lee Ju Yeon’s scheme against her, she decided to take her own path. When her husband Jung Joon Hyuk’s image as a presidential candidate was destroyed due to an old disaster in the neighborhood of Hyeonsan, she made herself appear the victim of a terrorist attack. Seo Han Sook issued a strong warning to Yoon Jae Hee, who had acted without her permission, by kidnapping and abandoning Kim Yi Seol (Lee Yi Dam) in front of her house, angrily demanding, “Why did you start acting as you please without my permission?” 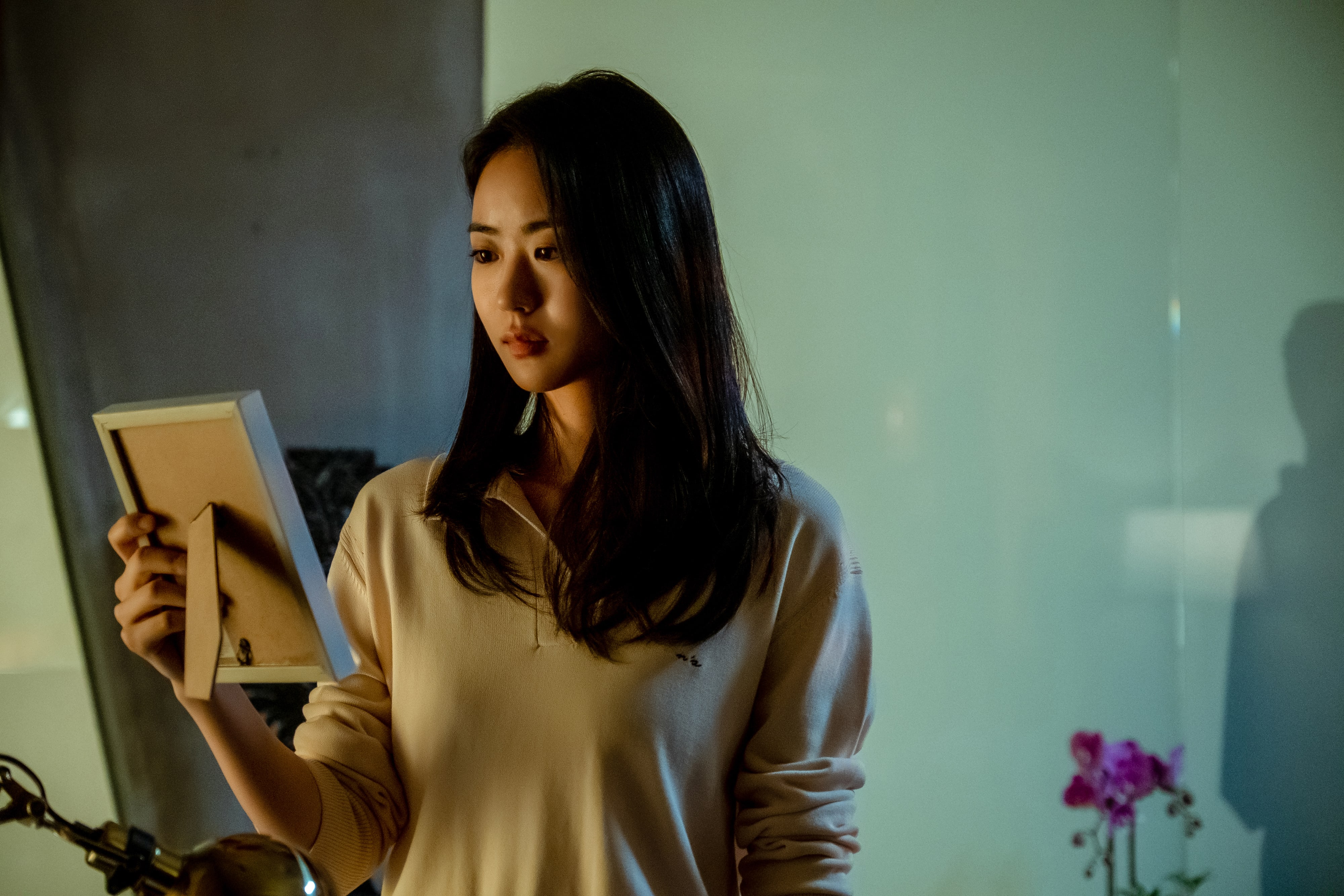 Yoon Jae Hee’s mental state was shattered by the truth about her husband Jung Joon Hyuk, which she wanted to turn a blind eye to, and the discovery that Kim Yi Seol’s death was disguised as a suicide. Yoon Jae Hee decided to take revenge against the Sung Jin Group on behalf of Kim Yi Seol, no longer able to watch the despicable deeds done by the group. However, Seo Han Sook was a step ahead of her, confessing that she had instigated Kim Yi Seol’s death, and threatening that if Yoon Jae Hee disobeyed her, everything would be destroyed.

Trapped in her situation, Yoon Jae Hee watched listlessly as her husband reignited his affair. But her spirit was reignited due to mementoes of Kim Yi Seol. Although these mementoes contain the fear Kim Yi Seol felt seven years ago, Yoon Jae Hee was also moved by her courage in attempting to survive until the end. She spat out the word “Scumbag” at Seo Han Sook, which she never would have dared before, and said, “I’m going to endure it. I’m going to endure this fear and terror by cursing and mocking you, mother-in-law,” declaring her intention to keep fighting.

Watch “Artificial City” with subtitles below: