Disney+ has released the final poster for its upcoming drama “Grid”!

“Grid” is a new mystery thriller about different individuals trying to track down a person known as “the Ghost,” each for their own reasons. 24 years before, the Ghost created a shield known as “the Grid” to protect humanity from life-threatening solar winds. After its creation, the Ghost disappeared and did not reappear again until 24 years later, but this time as an accomplice of a murderer.

Seo Kang Joon plays Kim Sae Ha, an employee of the Management Department, and Kim Ah Joong plays violent crimes detective Jung Sae Byuk. Kim Moo Yeol portrays Song Eo Jin, another employee of the Management Department who denies the existence of the Ghost. Kim Sung Kyun takes the role of Kim Ma Nok, an unidentifiable murderer who receives help and protection from the Ghost. Lee Si Young stars as the Ghost that everyone is chasing after. 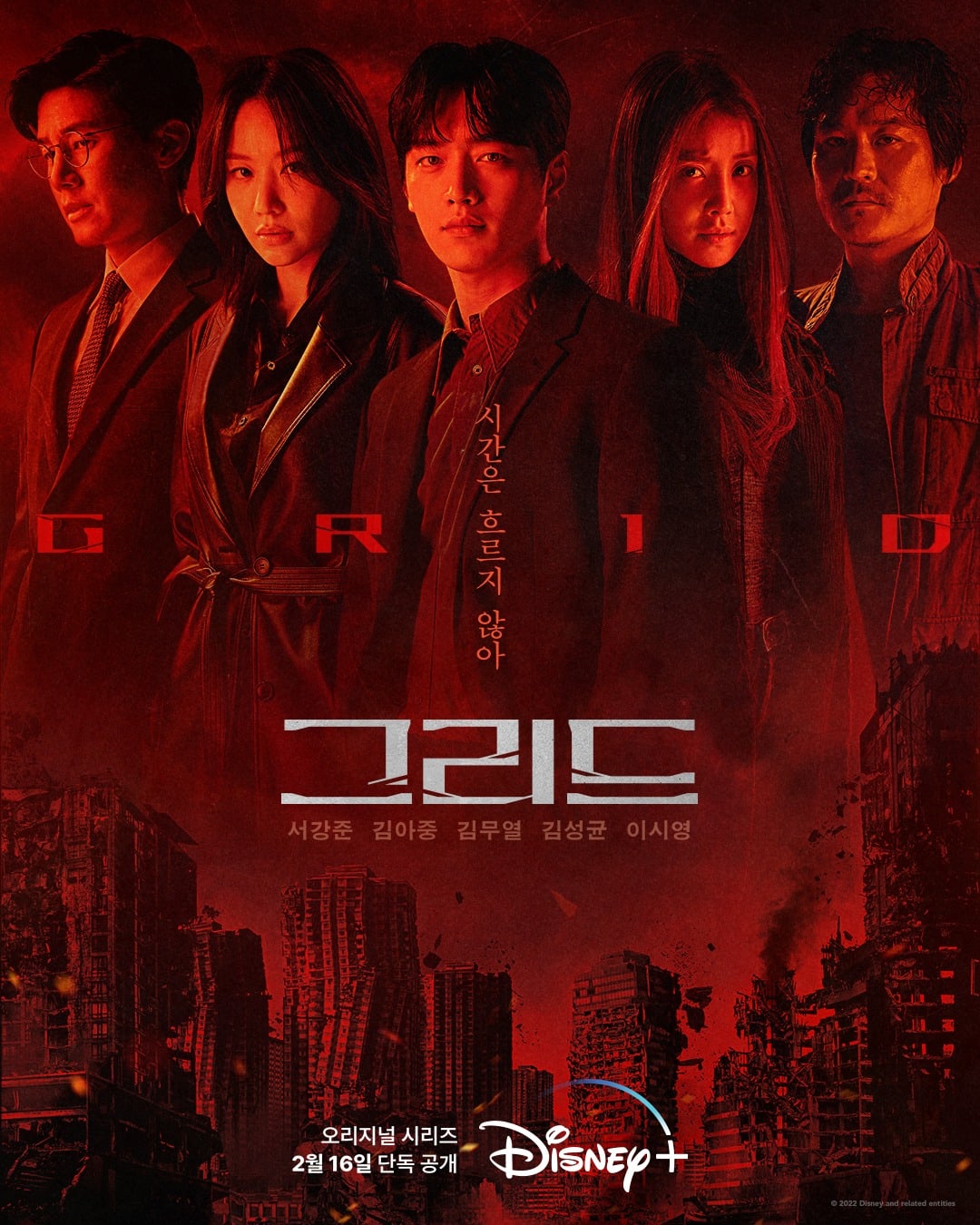 While waiting, watch Seo Kang Joon in “Watcher” below!