New posters for the upcoming TVING original drama “The King of Pigs” have been released!

The drama is based on director Yeon Sang Ho’s animated film of the same name that has already been acknowledged for its cinematic quality at various film festivals.

As previously confirmed, Kim Dong Wook, Kim Sung Kyu, and Chae Jung Ahn are set to star in the show. Kim Dong Wook will play the role of Hwang Kyung Min who lives with the trauma of the school violence he experienced 20 years ago. Kim Sung Kyu will take on the role of detective Jung Jong Suk who traces the mysterious message sent by the friend from 20 years ago. Chae Jung Ahn will play the charismatic detective Kang Jin Ah, a tenacious woman of principle who will stop at nothing to solve a case.

The two newly released posters give off an eerie and chilling vibe. The first poster shows a hooded figure wearing a mask of a pig smiling cynically. The message in the background is blurry and written in red, making it seem like blood. The words, “Jong Suk, it’s been a while,” can be faintly made out. 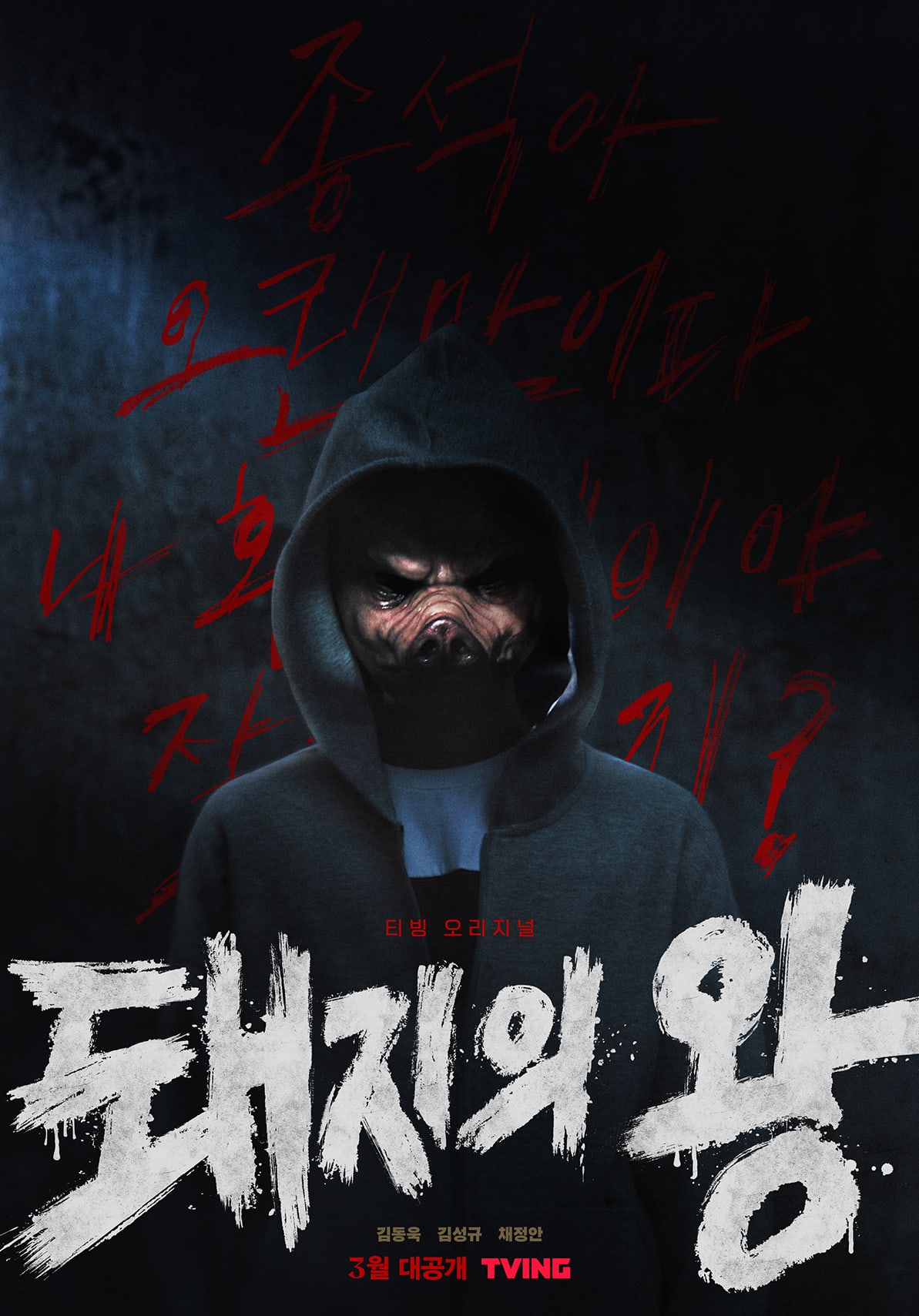 The next poster shows Hwang Kyung Min sitting on the floor of a dark and cold rundown room. A shadow of someone wearing a pig mask casts down on him as he looks back towards the viewer. His eyes show emptiness, reflecting the state of the room he is in. Above him are the words, “From here on is the story I wanted to tell,” which may be referring to the bloody message written on the wall from the first poster. 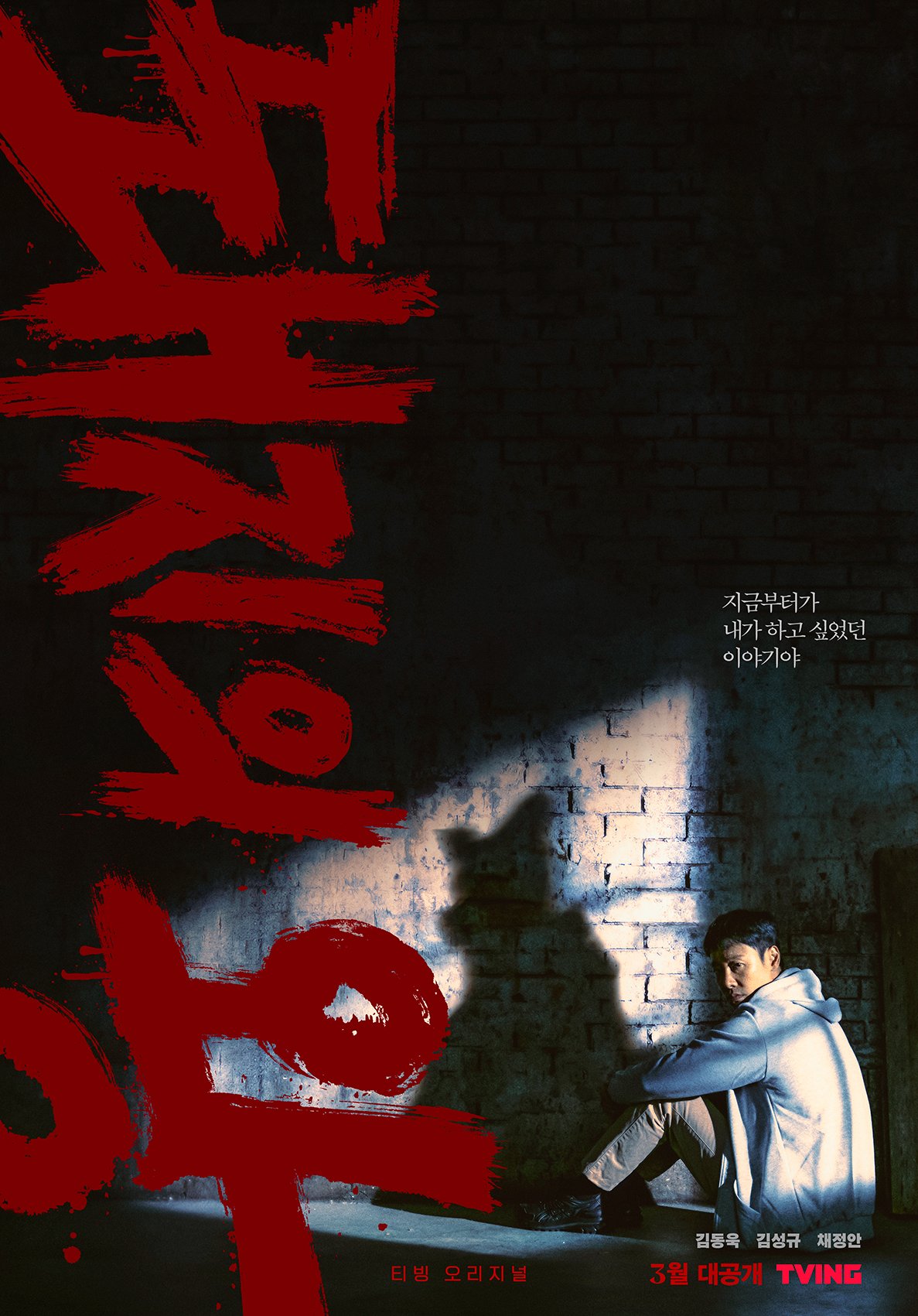 “The King of Pigs” will be released in March via TVING.

While waiting, watch Kim Dong Wook in “Find Me in Your Memory“:

Kim Dong Wook
How does this article make you feel?