“Love (ft. Marriage and Divorce)” is a multi-season drama about three women in their 30s, 40s, and 50s who experience shakeups in their marriages when they discover their husbands are having affairs. The drama is penned by famous makjang drama writer Im Sung Han (also known as Phoebe).

The first picture that was released was a group still, featuring all three women clinking their wine glasses together while smiling gleefully. The picture seems to show the three women having a party together, enjoying each other’s company in the moment. 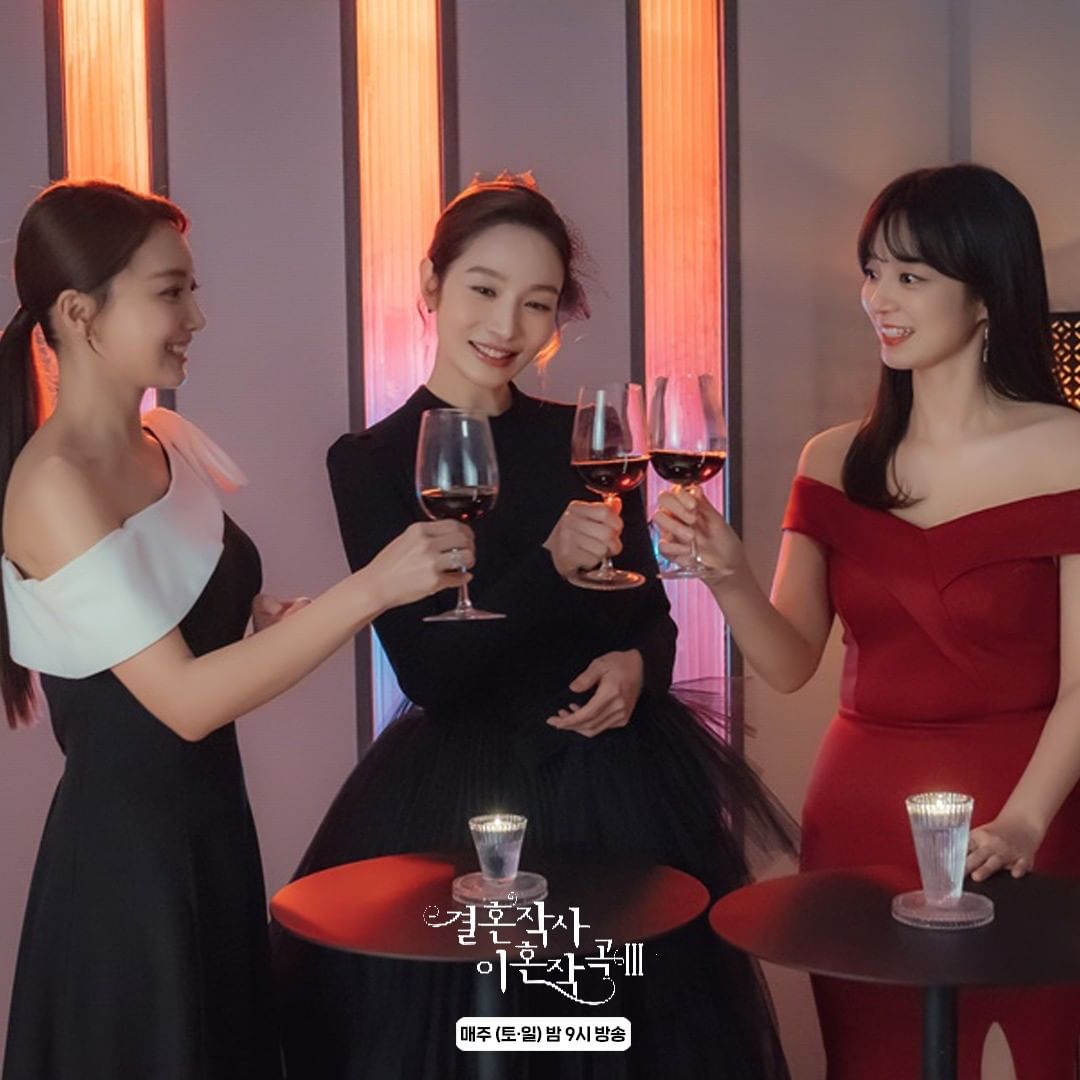 In the second picture, Song Won (Lee Min Young) showed off her feminine charm wearing a classic black dress with eye-catching earrings. She wears her hair down and exudes elegance. From this image, it’s expected that she has grown and will show a different side of the character in season 3.

Lee Min Young said she was excited for a new start in season 3 saying, “I am very glad to be joining season 3 after seasons 1 and 2. I feel very excited and a sense of responsibility for the new start. I’m really looking forward to meeting the viewers again.”

When speaking about her character and what’s to come in season 3, Lee Min Young said, “Throughout each season, ‘Love (ft. Marriage and Divorce)’ has a fresh, new script and it’s almost as if it’s completely new drama. In season 3, I will show you a completely different Song Won. I hope you will look forward to it. I hope you can enjoy ‘Love (ft. Marriage and Divorce) 3’ while feeling a refreshing catharsis. Season 3 will be where you can see both familiar and new things. Please be interested and give Song Won a lot of love.” 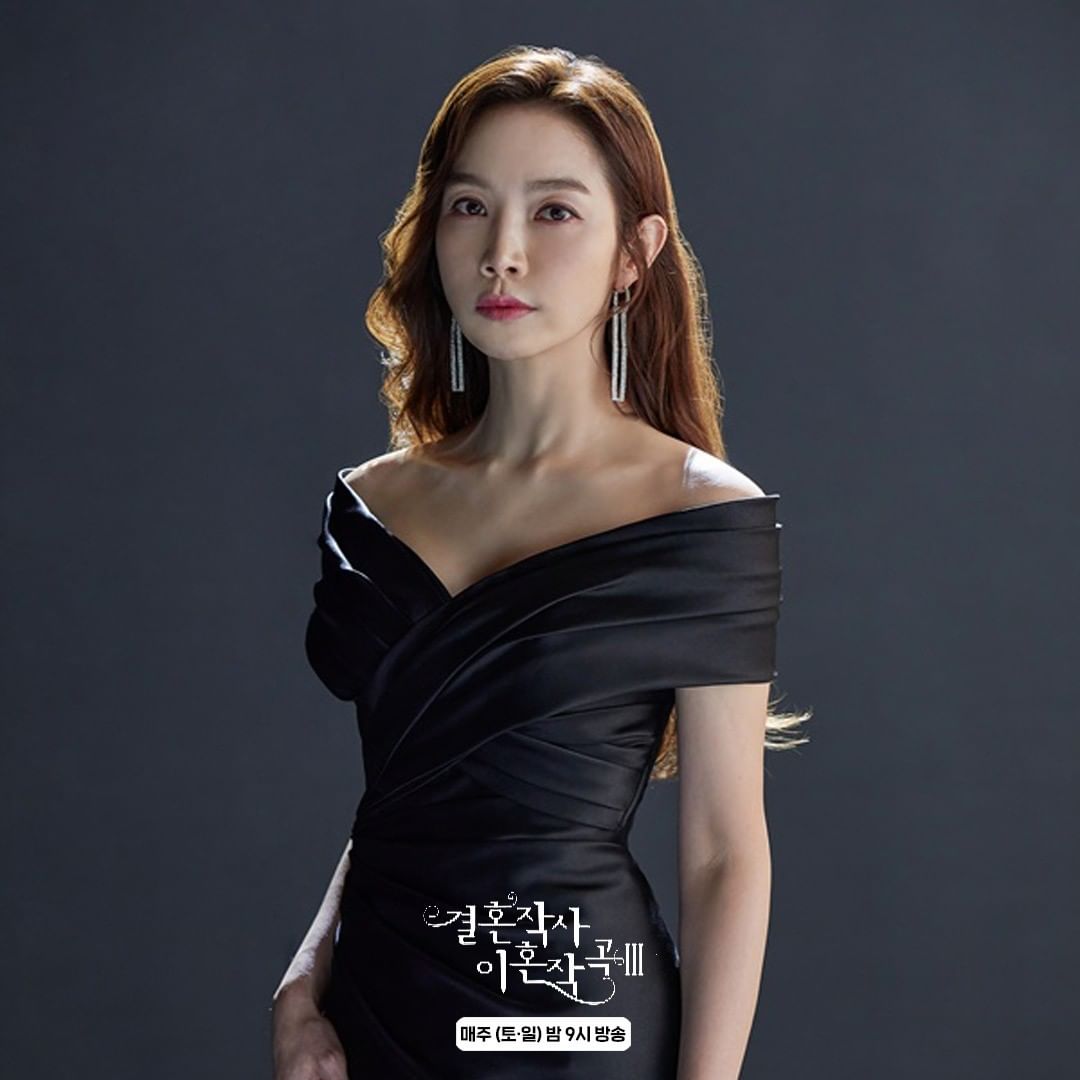 In her picture, Ah Mi (Song Ji In) looks pleasantly at the camera as she faces slightly away from it. She wears a dark, black patterned jacket and a lace top. She seems somewhat shy yet confident as she looks at the camera.

Song Ji In talked about how the cast and crew are working hard to make season 3 explaining, “I am grateful and excited to be participating in season 3. We are working hard to film in order to satisfy the love and expectations that many people have sent us. There are many stories we haven’t been able to show you yet, so please look forward to it more than last season.” 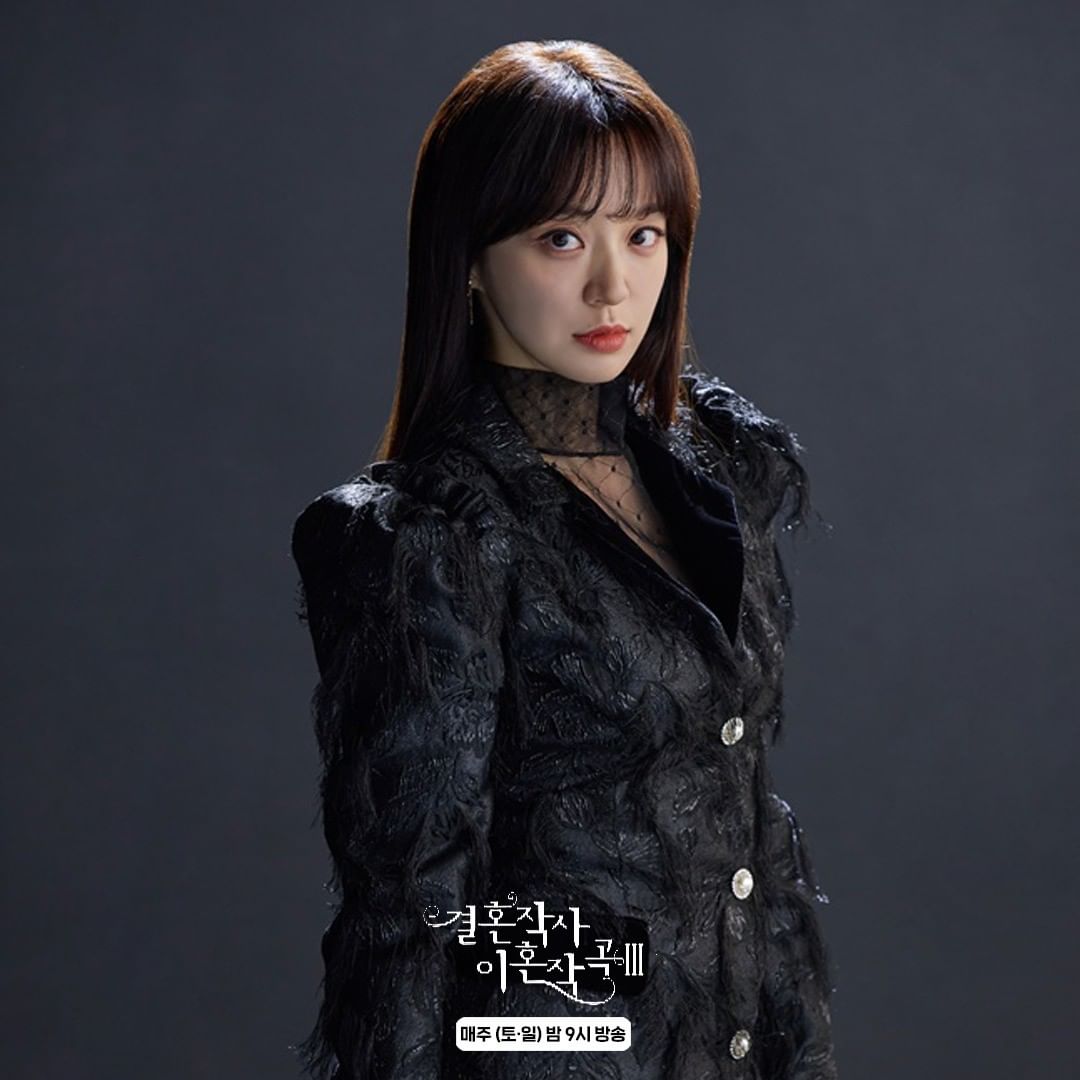 In the final picture, Nam Ga Bin (Im Hye Young) stares fiercely at the camera, donning a low cut, strapless black dress. She looks both poised and intense, as if something could cause her to snap at any minute.

Im Hye Young expressed her gratitude for being a part of season 3 saying, “I am grateful to join season 3 following seasons 1 and 2, which received a lot of love. As the seasons go on, I feel the love you given me for this work. Throughout each season, I feel the responsibility is heavier. I will approach you as Ga Bin as I have done so far. The love from all the viewers has been a big source of strength for season 3 to come. Everyone has been working hard on filming, so please give it a lot of love.” 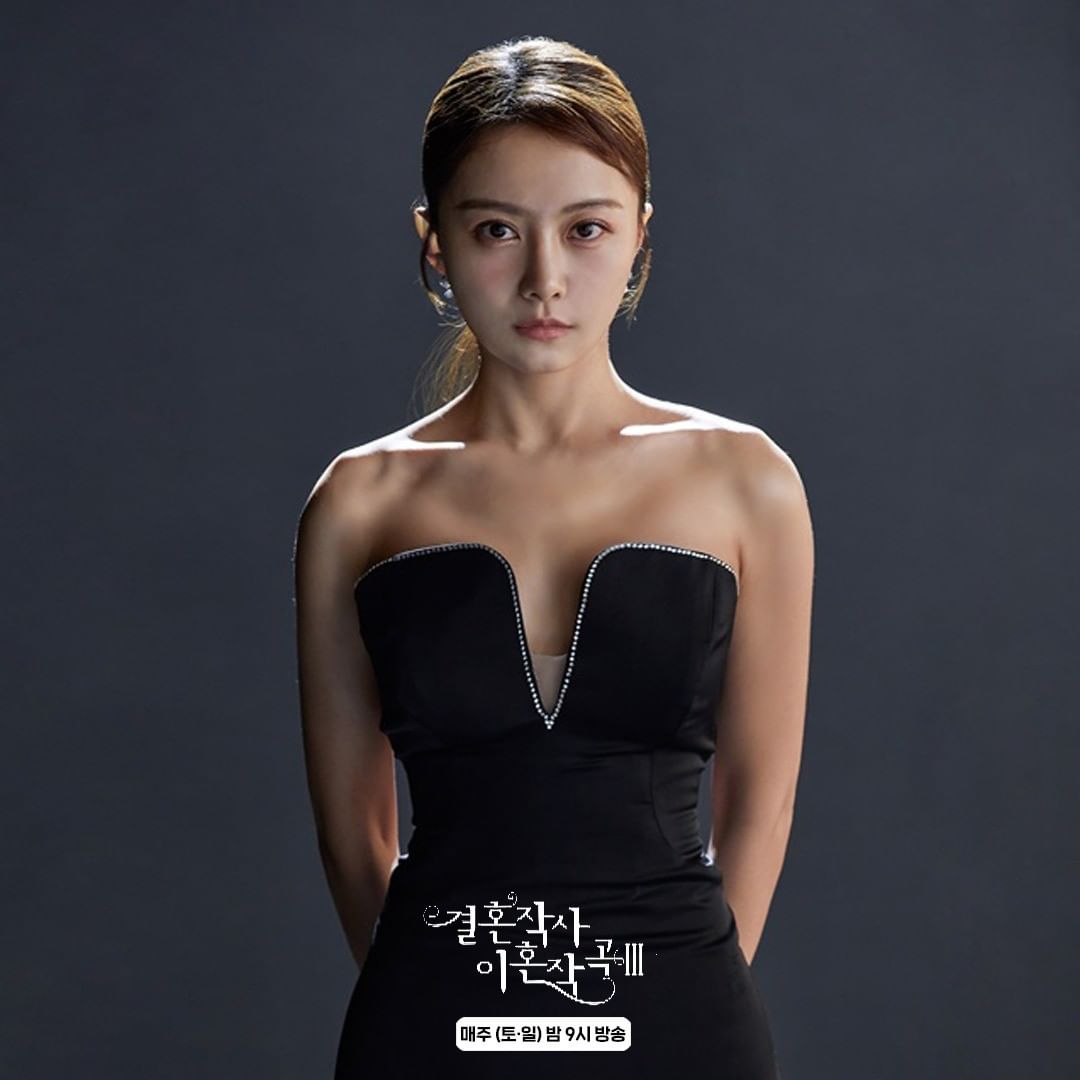 The production crew said, “Lee Min Young, Song Ji In, and Im Hye Young’s characters Song Won, Ah Mi, and Nam Ga Bin are expected to play a major role in season 3 as well. Please pay attention to the three’s transformation and how their sympathetic fate will unfold.”

Season 3 of “Love (ft. Marriage and Divorce)” will air on February 26.

While waiting, watch Song Ji In in “Double Patty“: