“Forecasting Love and Weather” is a romance drama about the work and love lives of people who work at the Korea Meteorological Administration, Korea’s national weather forecast service. 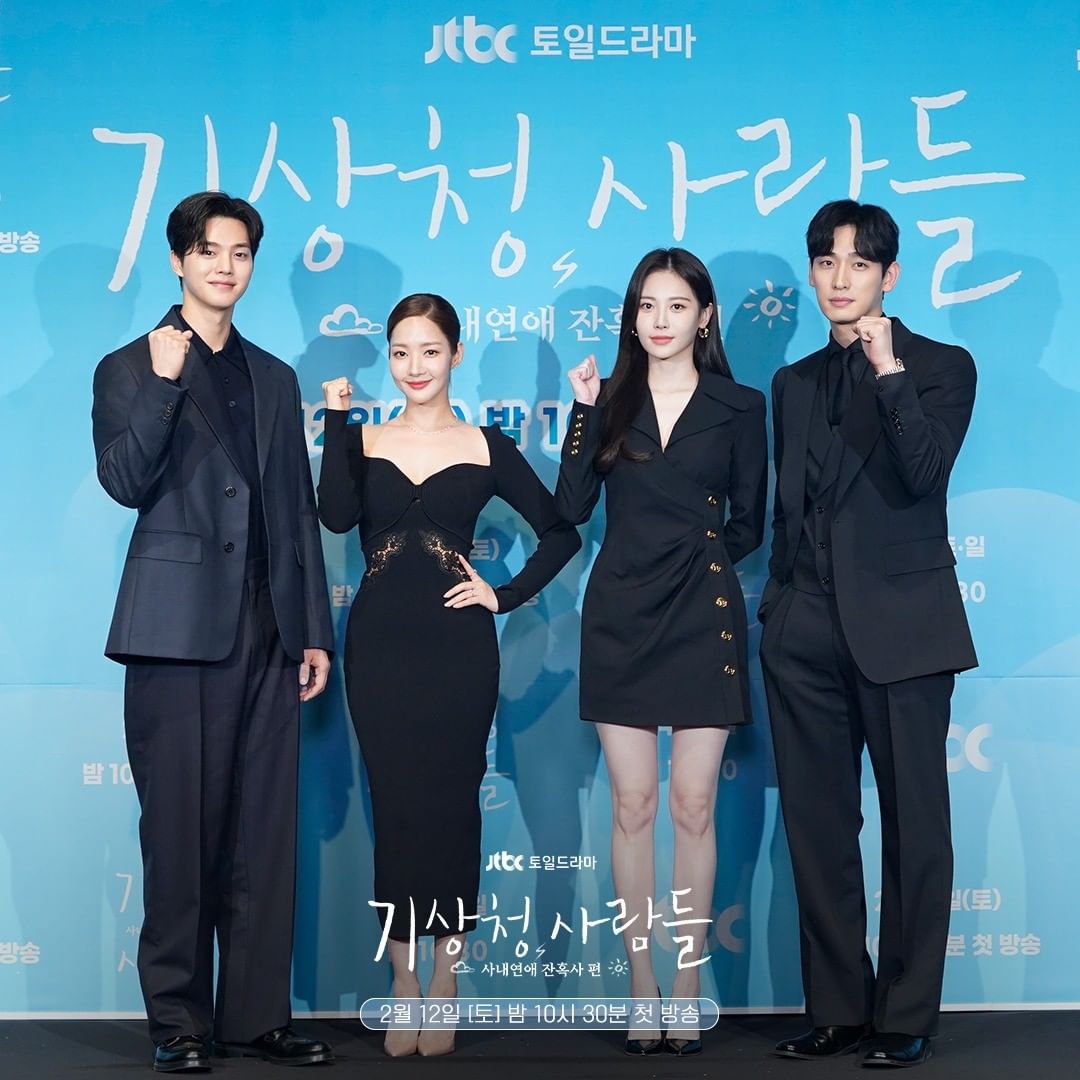 Director Cha Young Hoon said, “Just like the title says, it’s about the work of weather forecasters and about romance in the office. It’s about characters who grow in both work and love. Writer Sun Young thought about this concept for a long time and spent two years doing research. She spent about eight months with the actual employees of the Korea Meteorological Administration. She said she was inspired by how life was as hard to predict as the weather.”

About the cast, the director said, “I looked at their power of expression as well as the actor’s overall image. For Park Min Young, I focused on her deep and innate loveliness. Song Kang’s healthy energy left a strong impression on me. Yura played a lot of strong characters, but when I met her, I was exhausted within an hour. Her energy is through the roof, so she was just right for the character of Chae Yoo Jin. Yoon Bak’s natural goodness made the character of Han Ki Joon easier to understand.” 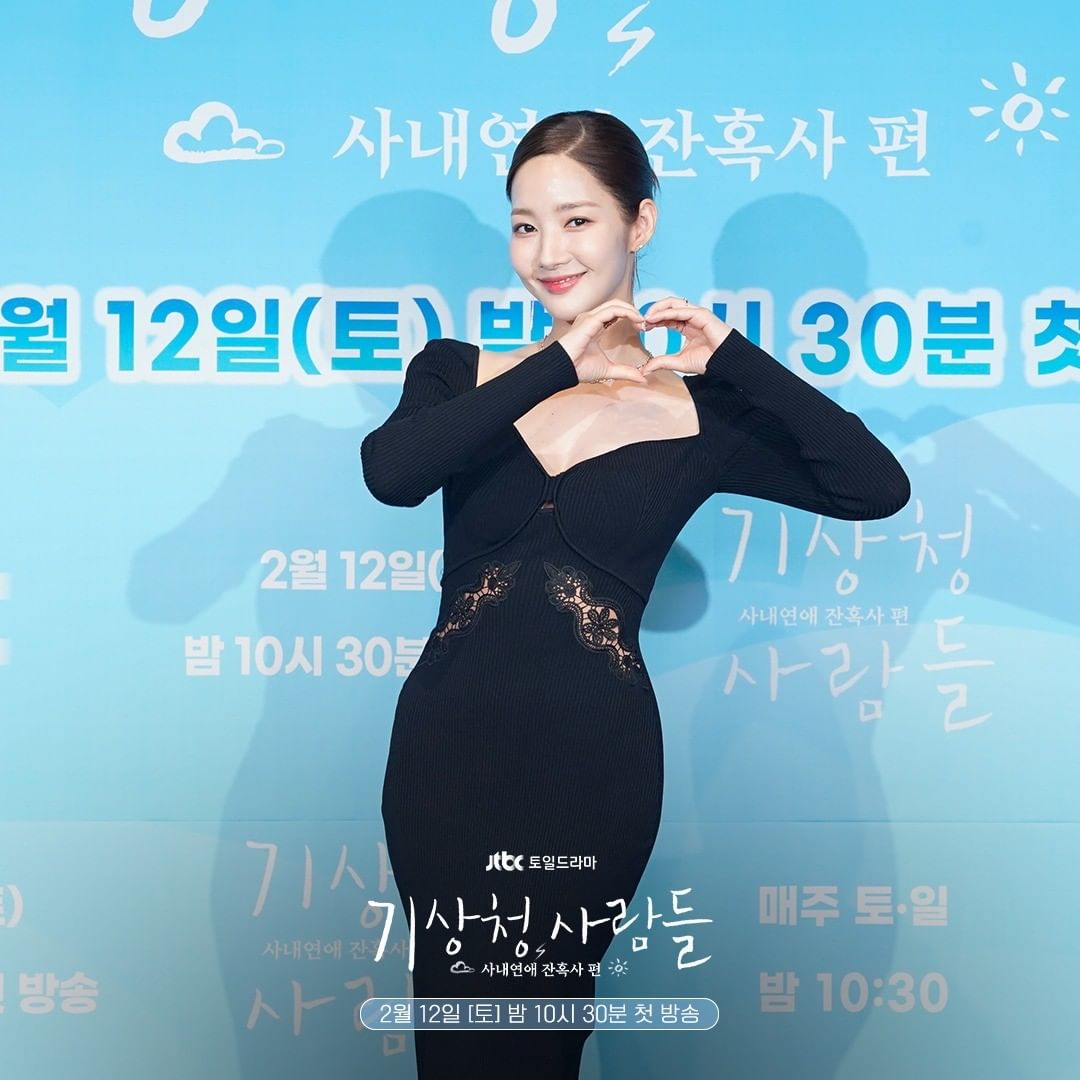 Park Min Young said, “I’d never seen a drama that focused on the details of the weather forecast service, so the script felt fresh. When I actually started filming, there were some regrets. As it was a drama I’d never tried before, I had trouble with the terminology and pattern of speech. There was nothing that I could refer to. It was fun, but really tough. As I did my homework, I felt proud of myself. Now I don’t get irritated when I watch the weather forecast.”

She continued, “This is my third time doing an office drama. In the past, I wore a lot of feminine-type clothing, but since I’m a civil servant at the Korea Meteorological Administration, I wanted to show a more professional vibe. I mostly wore shirts and slacks.” 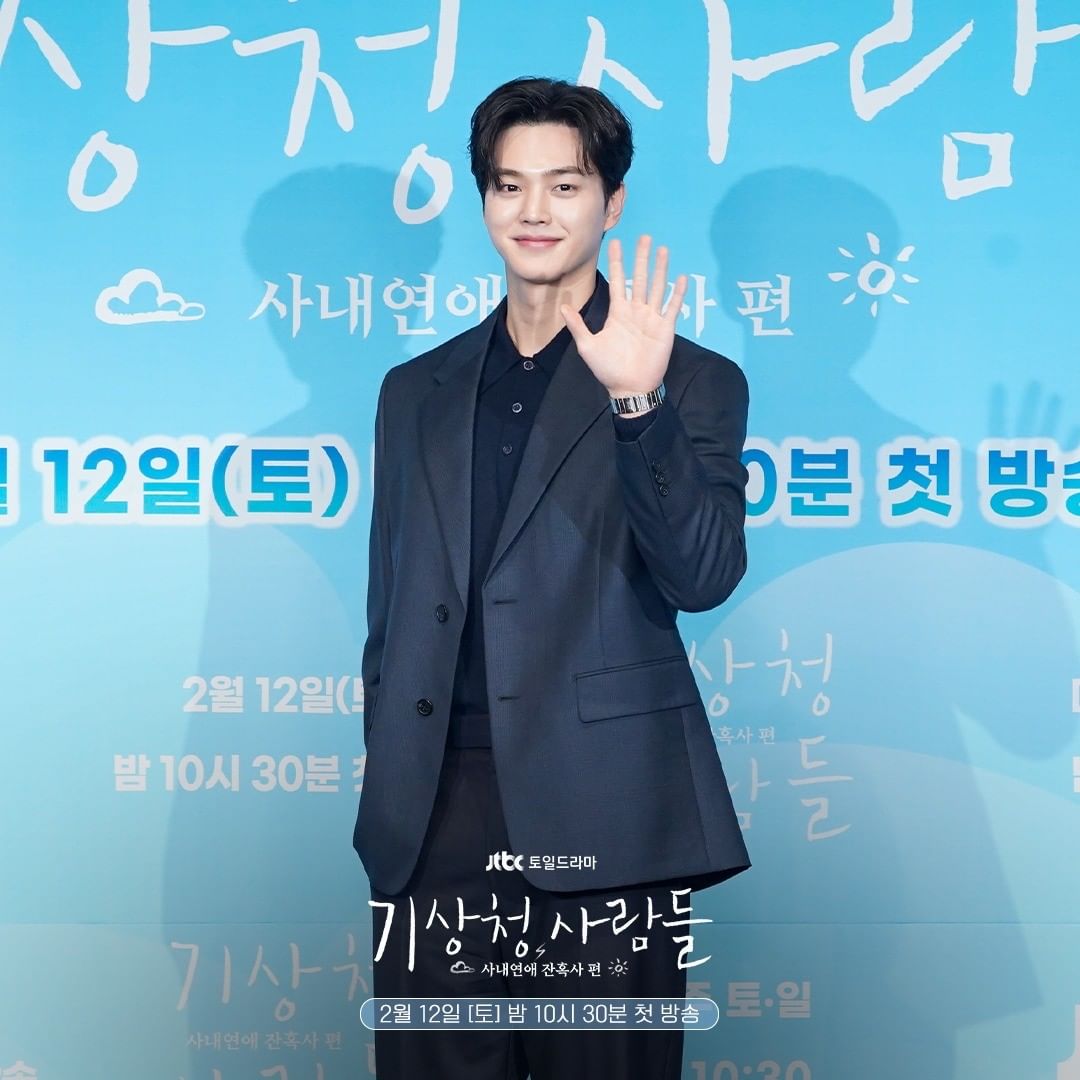 Song Kang said, “The concept of the weather felt fresh to me. There were times when I found myself smiling as I read the script. The transparent and clumsy character was just right for me. I tried to make him as bright as possible. The lines were hard, so I watched a lot of documentaries. But the documentaries also stumbled over the words, so I felt a little better. As for my appearance, I cut my hair short and I look a little dumb.” 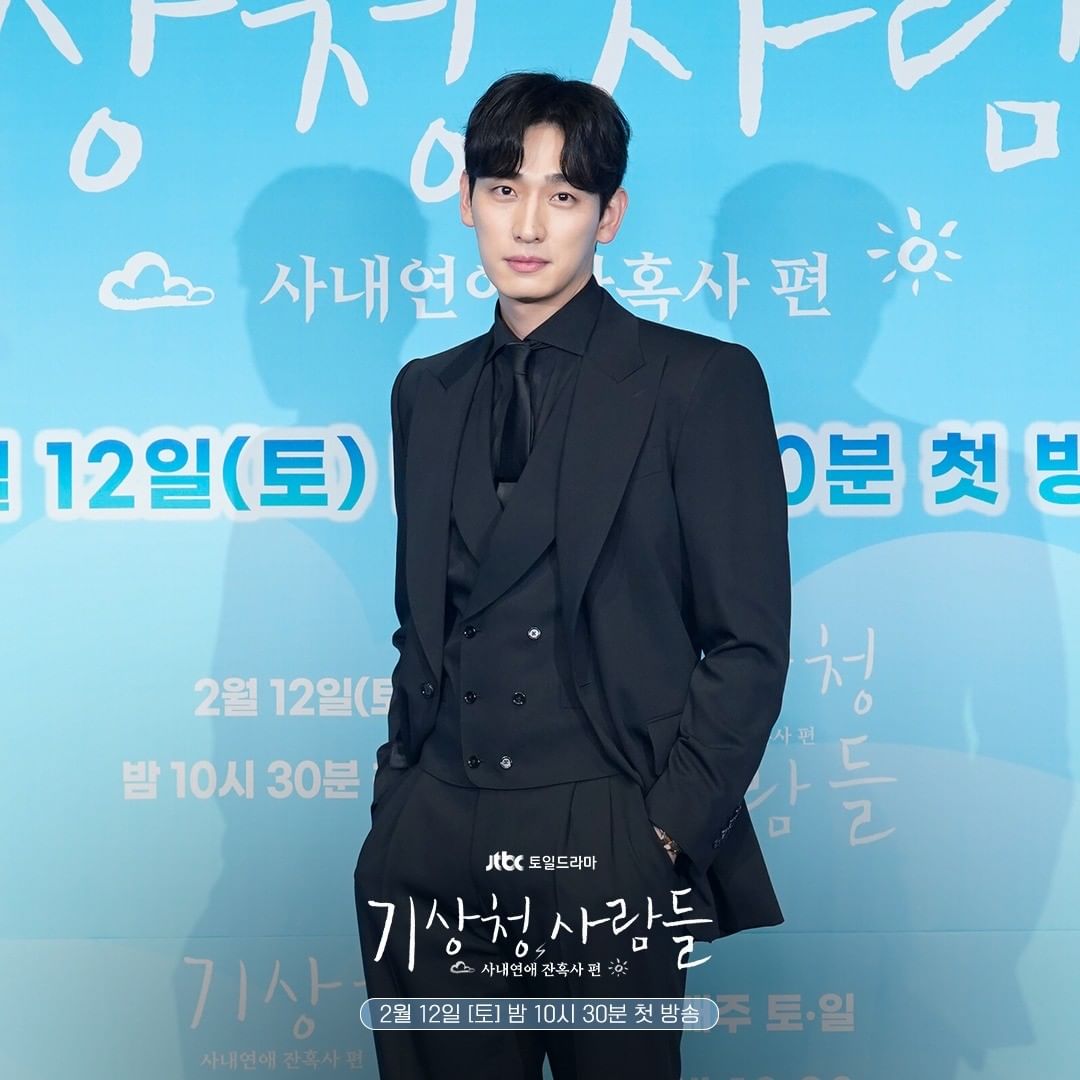 Yoon Bak said, “Honestly, as I read the script, I liked all the other characters but didn’t like my character much. I was persuaded by the director after I met him. I was really stressed out by the character Han Ki Joon.” Park Min Young quipped, “But he’s great because Yoon Bak played him.” 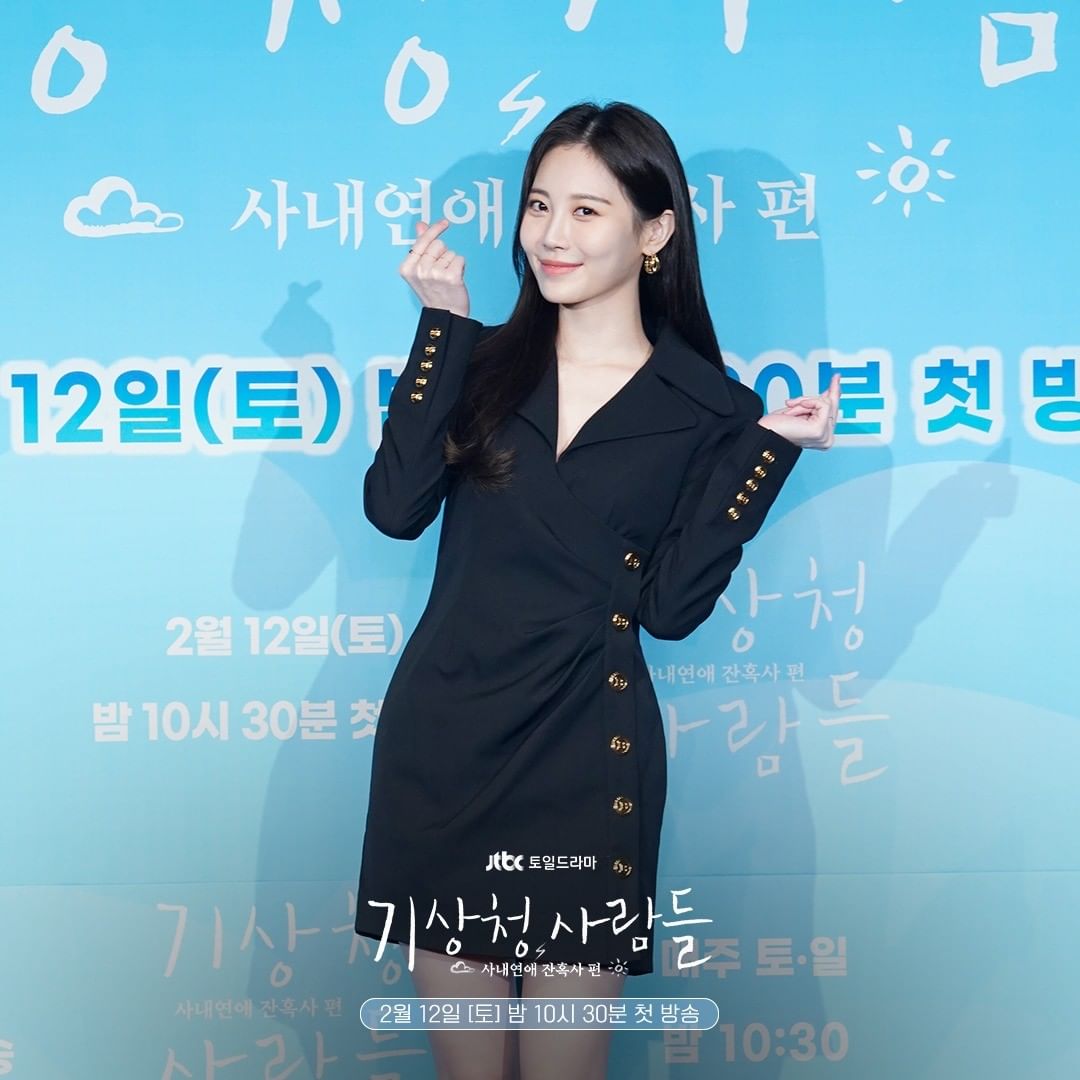 Yura said, “I did two rounds of auditions. I read the script from the perspective of an audience member and it was really fun and absorbing. I really wanted to join the drama, so when I got the call back, I almost flew around the house.” 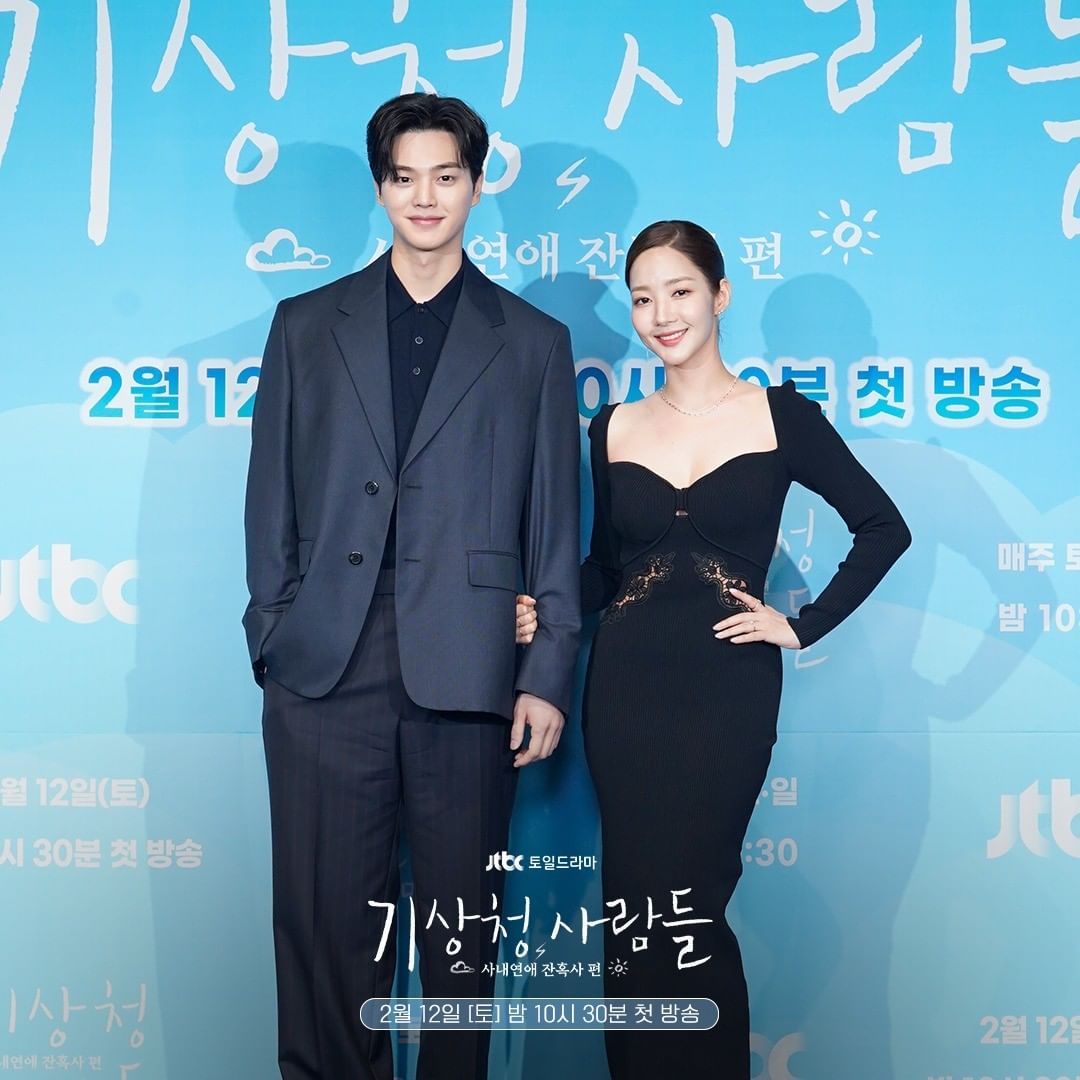 About her character’s romance with Song Kang, Park Min Young said, “When I heard the casting news, I was happy to learn I’d be working with a trendy actor. I went to watch some of Song Kang’s projects, and it felt like there was even greater potential inside him. I felt that the director and I could bring out a new side of him.”

Song Kang said, “I was nervous to work with actors that I’d seen on TV since I was young. I prepared a lot and was grateful that she always asked me questions and gave me tips during affectionate scenes.”