“Now We Are Breaking Up” may have ended, but the real-life friendship between its leading ladies is still going strong!

On February 12, Song Hye Kyo took to Instagram Stories to reveal that her “Now We Are Breaking Up” co-stars Choi Hee Seo and Park Hyo Joo had thoughtfully sent a coffee truck to the set of her upcoming drama “The Glory.”

The two actresses also showed love for Song Hye Kyo through the adorable and witty messages they sent along with the coffee truck. Playfully referring to the names of Song Hye Kyo’s characters in “Now We Are Breaking Up” and “The Glory”—Young Eun and Dong Eun respectively—the banner on the truck reads, “Young Eun is gone, and Dong Eun has arrived!! Cheering on the entire cast and crew of ‘The Glory’!”

Meanwhile, the stickers on the coffee cups hilariously read, “In my next life, I want to be born as Ruby [Song Hye Kyo’s dog].” 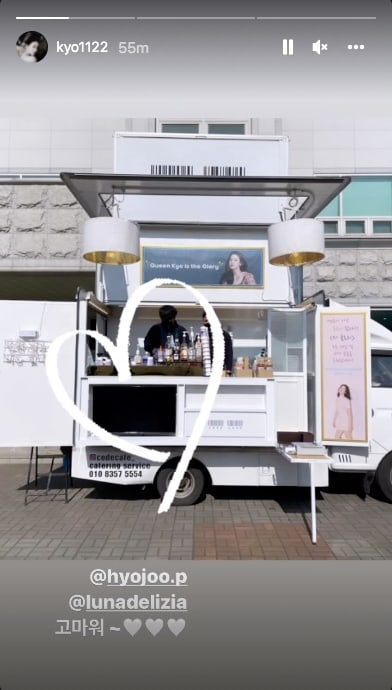 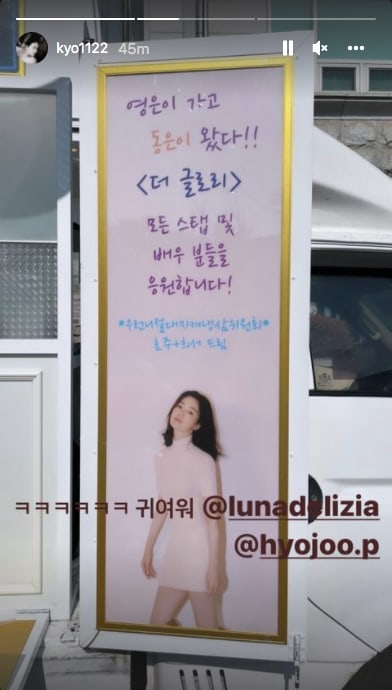 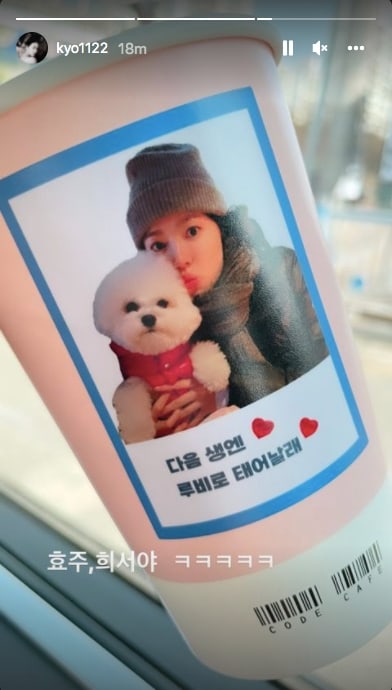 “The Glory” is a new drama penned by Kim Eun Sook, the famous writer known for hit dramas like “Goblin,” “Heirs,” “Secret Garden,” and “Descendants of the Sun,” which also starred Song Hye Kyo. The upcoming drama will tell the sad revenge story of a high school student who drops out of school after suffering from brutal school violence. Years later, the former victim becomes the elementary school homeroom teacher of her bully’s kid, and she embarks on a quest to exact thorough revenge on the perpetrators and bystanders from her torturous high school days.

Watch Song Hye Kyo, Choi Hee Seo, and Park Hyo Joo in “Now We Are Breaking Up” with subtitles here…

…and Song Hye Kyo and Kim Eun Sook’s previous drama “Descendants of the Sun” below!