“Forecasting Love and Weather” is a romance drama about the work and love lives of people who work at the Korea Meteorological Administration, Korea’s national weather forecast service.

Newly released stills capture the clear differences between Jin Ha Kyung and Lee Si Woo, who are completely dissimilar. Jin Ha Kyung is a stickler for rules who puts a clear line between her work life and private life, while Lee Si Woo is a man who is passionate about the weather and relies on more than just the scientific aspects of it. In one photo, Jin Ha Kyung exudes icy energy, and it’s obvious that she’s someone who puts principles first. The next still shows Lee Si Woo’s urgency as he talks with someone on the phone. 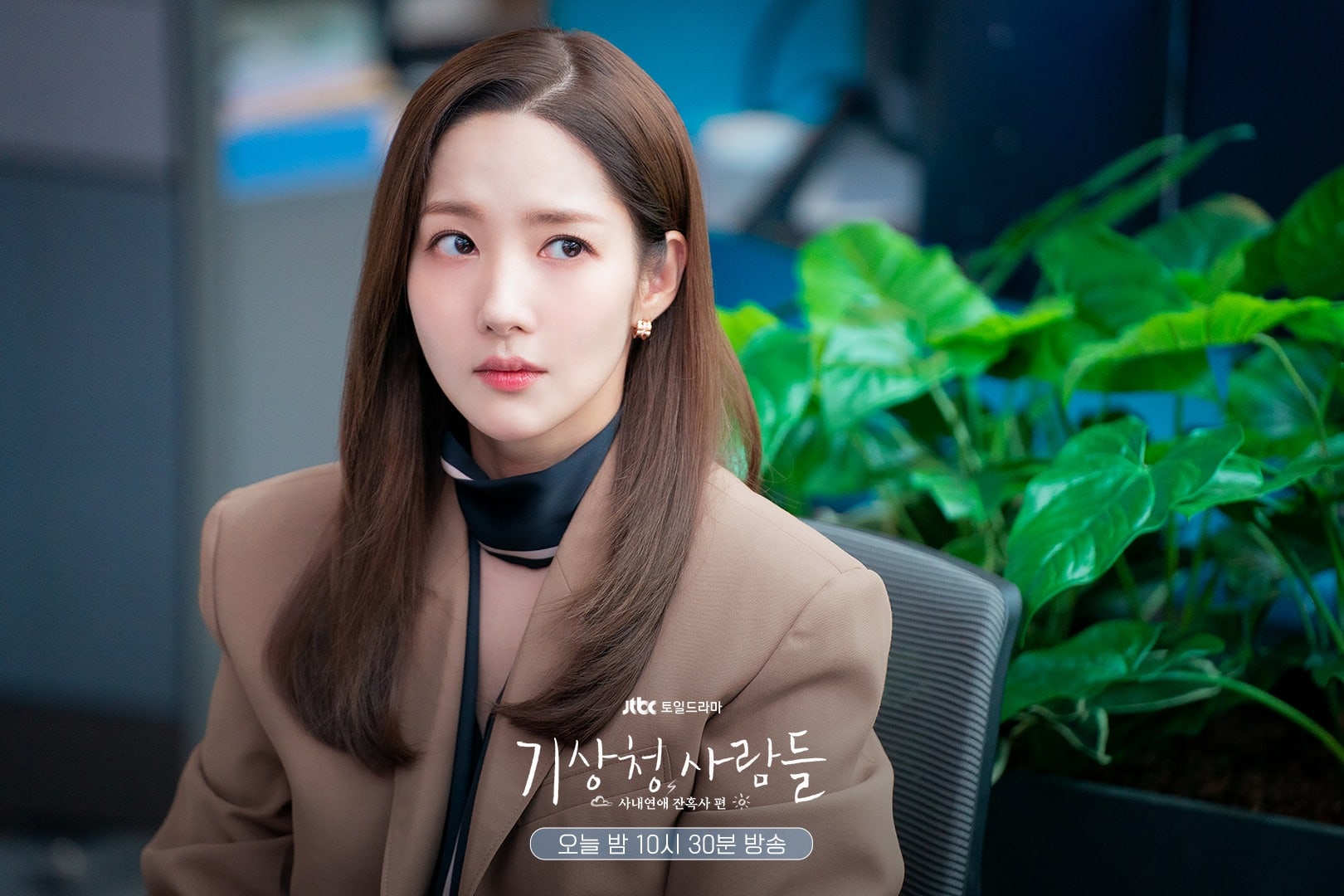 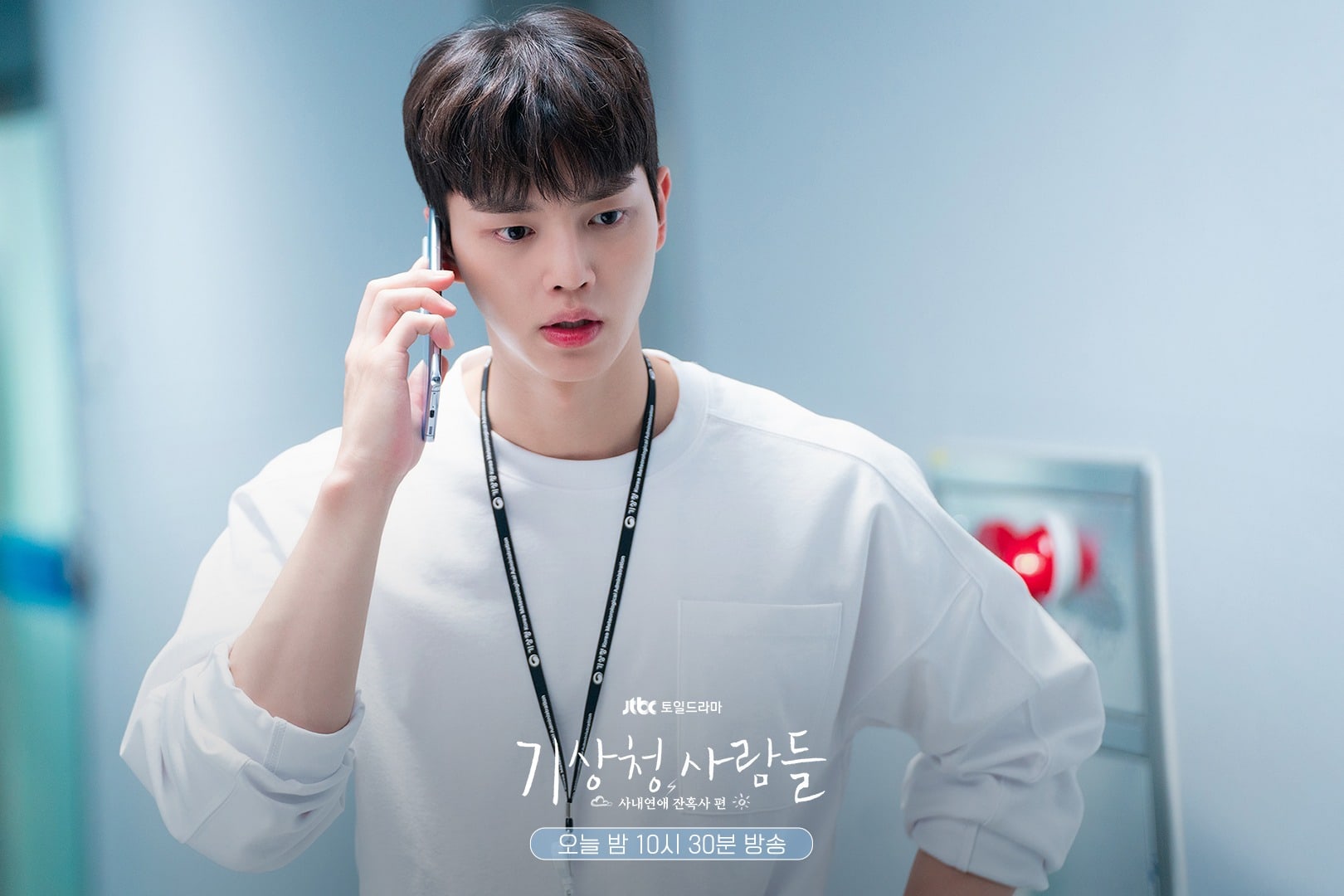 In one teaser, Jin Ha Kyung and Lee Si Woo were spotted starting off on the wrong foot. It is expected that unexpected weather will occur as the two people with opposite personalities collide.

The drama’s producers teased, “Usually, when cold air meets hot air, it rains. Please wait and see if it will rain or if an unexpected natural disaster will occur when Jin Ha Kyung and Lee Si Woo, who are polar opposites, meet for the first time. Their romance at the Korea Meteorological Administration, which people were curious about, will not betray viewers’ expectations.”

In the meantime, watch Park Min Young in “Her Private Life“: