Yoon Chan Young Talks About How He Got Cast For “All Of Us Are Dead,” His Ideal Type, And More

In a recent interview, Yoon Chan Young talked about his experience working on “All Of Us Are Dead,” his ideal type, and more!

“All of Us Are Dead” is a Netflix series about a group of students waiting to be rescued after a zombie virus breaks out at their school. Within a day of its official release on January 28, the show rose to the No. 1 spot on Netflix charts in 25 countries around the globe.

Yoon Chan Young starred in the drama as Cheong San, a calm student who has liked On Jo (Park Ji Hu) for a long time and does all he can to save his friends.

Yoon Chan Young expressed his gratitude towards the viewers, saying, “I still can’t believe it. I’m happy that I was a part of something that many people enjoyed. I’m so thankful, and each day seems so different. I was able to experience something new, and I think about all the great memories I had on set.” 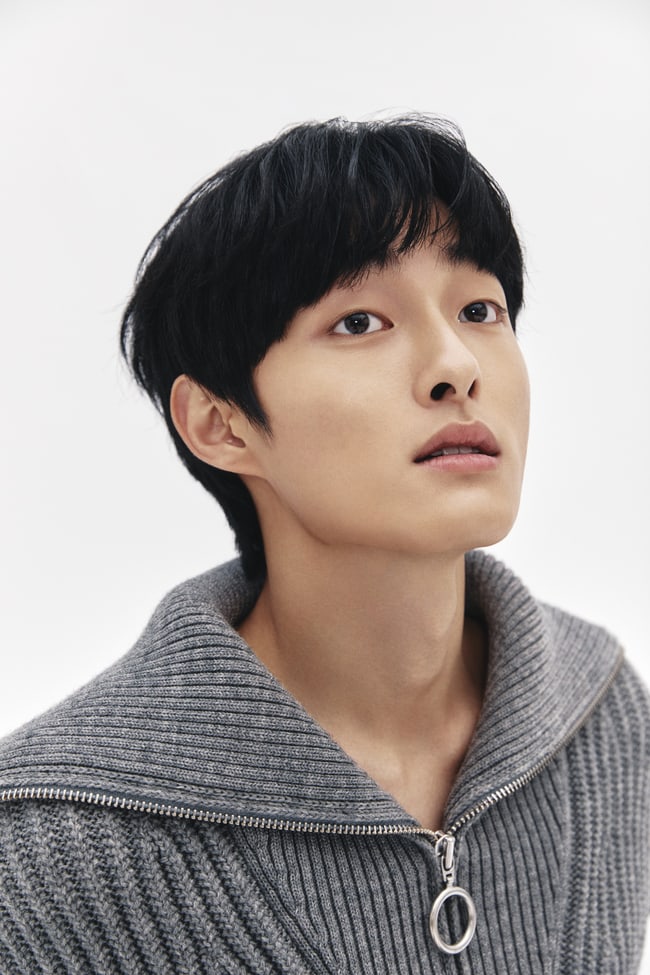 He also talked about how he became a part of the cast for the drama. “It was like a movie. I was preparing for university entrance exams and went through a difficult time. I felt like I wasn’t good enough, but I wanted to do my best, so I practiced endlessly. I applied for early admissions for a few universities, but the results weren’t great. I was disappointed and blamed myself, but I got myself up again and went back to practicing. While this was going on, I heard about the audition for ‘All of Us Are Dead.’ I thought this would be a great opportunity to test myself. The director wanted to see me after hearing other actors talking about me getting along well with other actors around my age. After auditioning for 30 minutes, the director said, ‘I think they were right.’ I got the call two months later, and I was ecstatic. I also got accepted to Hanyang University, so it was a very meaningful year to me.”

Yoon Chan Young shared his deep analysis of his character. “I think Lee Cheong San is a righteous student with concrete thoughts and beliefs of his own. I think he was able to make fast decisions during difficult situations because of these characteristics. Cheong San puts On Jo’s life before his, and I tried to remember that at all times.”

When asked if he has ever had a crush on someone, Yoon Chan Young replied, “I watched ‘La La Land’ before entering high school, and I thought the film was so beautiful. I didn’t really know what love felt like then, but I still thought the movie was so heartbreaking, but beautiful. I thought that I wanted to experience love like that, but after entering high school, I spent all my time studying and practicing. It wasn’t that I wasn’t interested in dating, but I was very much in love with acting. I went to an arts school, so I think I lived a life like any arts student in a drama.”

He also talked about his potential ideal type, saying, “I can’t really decide on what an ideal type is. I think I learned about love through films like ‘La La Land,’ so I guess my ideal type would be someone I feel connected to right when I first see them.” 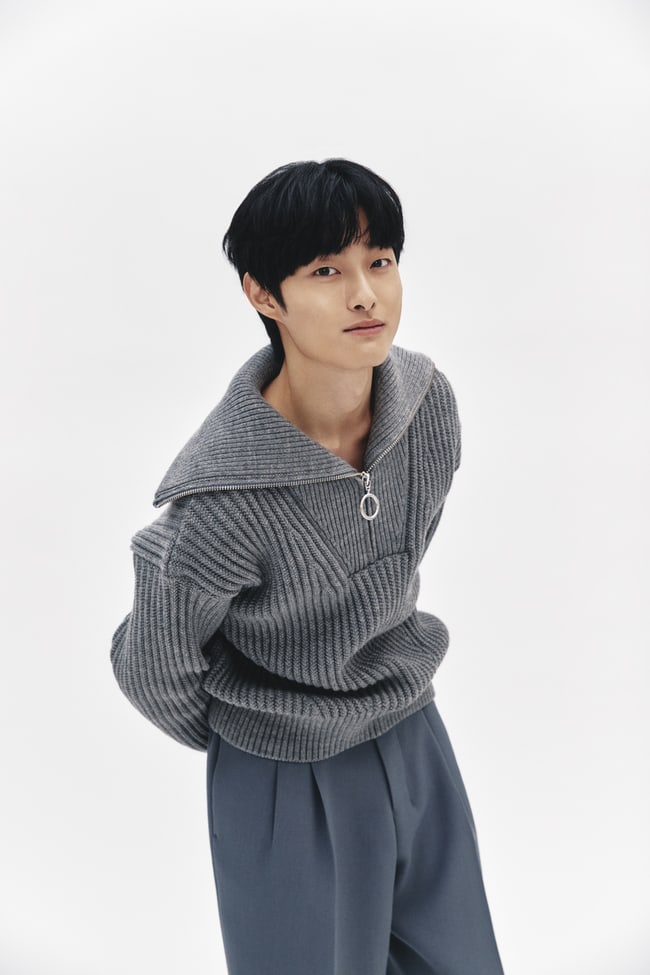 The drama deals with important subject matters, such as irresponsible adults in society. The actor discussed his thoughts on this, saying, “There’s a reason why a student is a student. A student is still in the process of learning, and they’re preparing to experience a variety of situations in society. We learn a lot from our friends, but I think we also need adults to help us become responsible adults. I think an irresponsible adult is one who doesn’t think about students’ perspectives, and isn’t considerate or understanding. I think providing necessary advice is great, but when they start saying things that they want when someone doesn’t want to hear it, you can become condescending. I’m an adult now as well, and I constantly think about what makes someone a responsible adult.”

Yoon Chan Young shared some of the great memories he made with the cast members on set. “We’re cast mates, but we’re also good friends. We shared our thoughts on certain scenes, and we respected each other well. I was very touched when they told me that they respected the way I carry myself on set.”

When asked about the ending of the drama and if Cheong San died, the actor said, “I was actually asked about whether Cheong San died or not in another interview recently. To be honest, I don’t know. I haven’t heard about what happens next, and nothing has been decided yet. Personally, I’d like to live. I’d like to be able to say things that I didn’t get to say.”

Finally, Yoon Chan Young discussed his growth as an actor and his future goals. “I’ve always learned a lot from the past as well, but after working on a major role, I think that I became more responsible and learned from the pressure. I’m so thankful, and I tried to learn as much as I can from this experience. As for my goals, I think goals and dreams are different. My goal is to be an actor. My dream is to work with the director of ‘La La Land.’ It’s amazing to think that so many people across the world has watched something that I’m a part of. It brings me so much joy to think that the director might’ve seen it as well. I’m so thankful for each day, and it feels like a gift. This year, I want to show people who I am as a person. There’s a lot that I want to show. I’m so happy that people are also interested in the real me. Please look forward to this.” 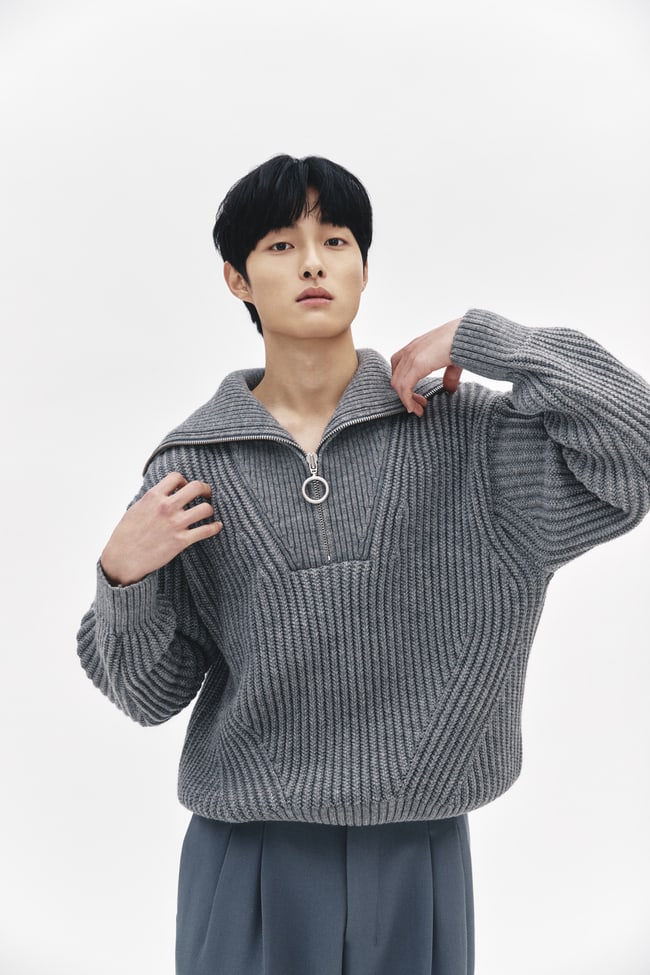 Check out Yoon Chan Young in “Everything and Nothing” here:

Yoon Chan Young
All of Us Are Dead
How does this article make you feel?