EXO’s Suho is back from the military!

On February 14, Suho took to Instagram to post a sweet handwritten letter to his fans after being discharged from the military the day before.

In his letter, Suho shared just how much he’d missed his fans during his military service—and he also revealed that he was preparing a special gift to thank his fans for waiting for him.

Suho’s full letter is as follows:

Hello, everyone. This is EXO’s leader Suho, Kim Junmyeon. As of today, February 14, 2022, I have finally been discharged! First, I want to say before anything else that I missed EXO-L the most. While I spent some time away from all of you during my service, thanks to you, it was a meaningful time that allowed me to think even more of EXO-L. For one year and nine months, I missed all of you and the EXO members so much that I even once dreamed that we held a concert… hehe. I guess I really wanted to jump forward in time and meet you on stage as quickly as possible. But like I once said, “If even the waiting in and of itself is joyful, then it’s love,” and I also think that maybe because we had this time, the waiting may have made our feelings grow even deeper. Still, from now on, let’s not be apart ever again! If I could hug you, I would hug you tight and not let you go. Starting from this moment right now, I’m preparing a gift for our EXO-L. I hope that it will be a gift that makes you feel it was worth it to wait for me. Since we haven’t been able to see each other for a long time, let’s promise to see each other even more often from now on!!!

P.S. I miss your silver light. 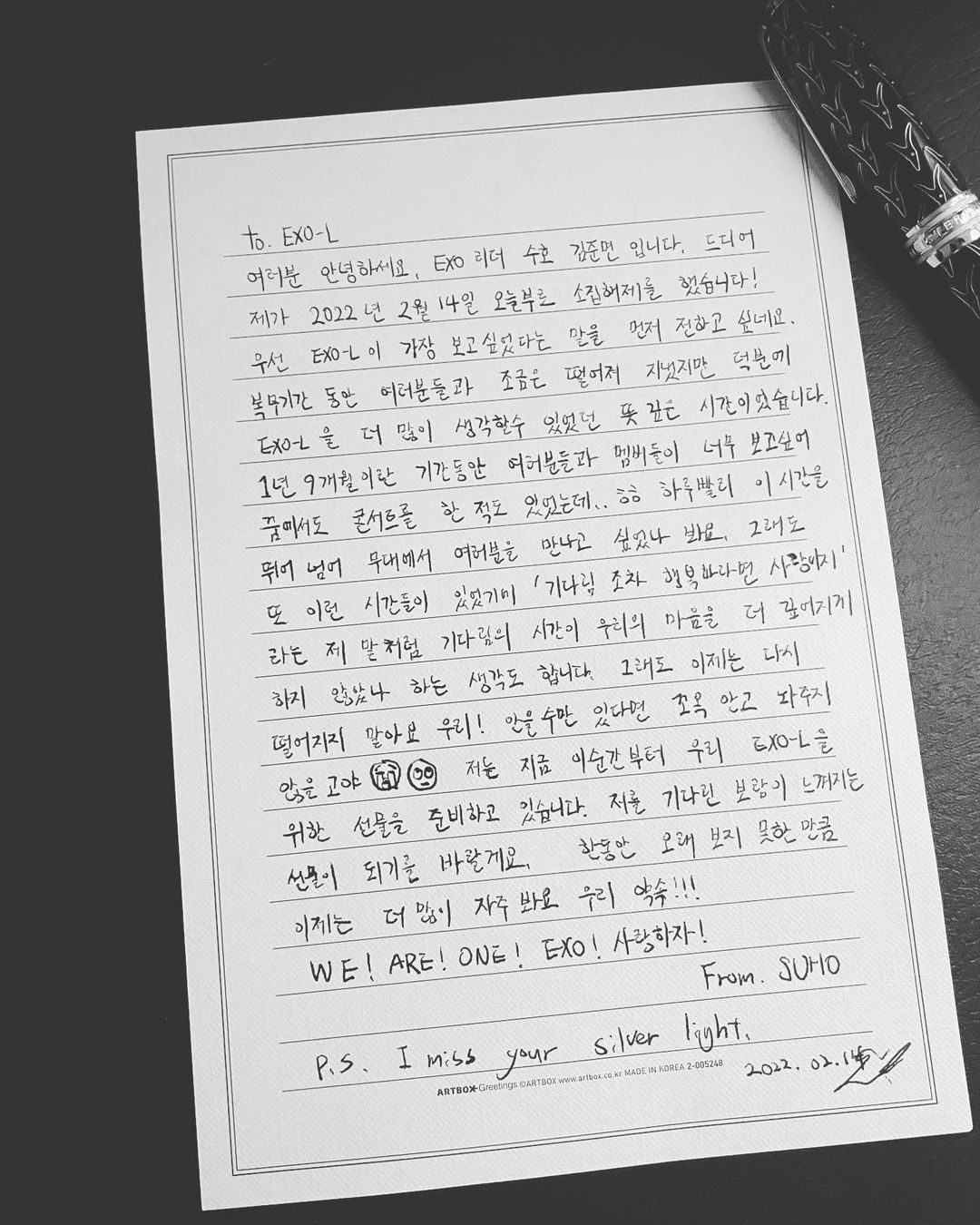 Celebrate Suho’s return by watching him and Lee Se Young in “How Are You Bread” with subtitles below: