On February 14, Girls’ Generation’s Taeyeon held a press conference for the release of her third studio album, “INVU.”

Taeyeon said, “People have higher expectations when you say you’re releasing a full-length album, so I gritted my teeth and worked really hard. I focused on making the album contain the image of who I am right now. Like my song ‘I,’ a lot of my songs have been autobiographical in meaning, but this album focuses on the theme of love. I wanted to show the various complicated feelings about love.” 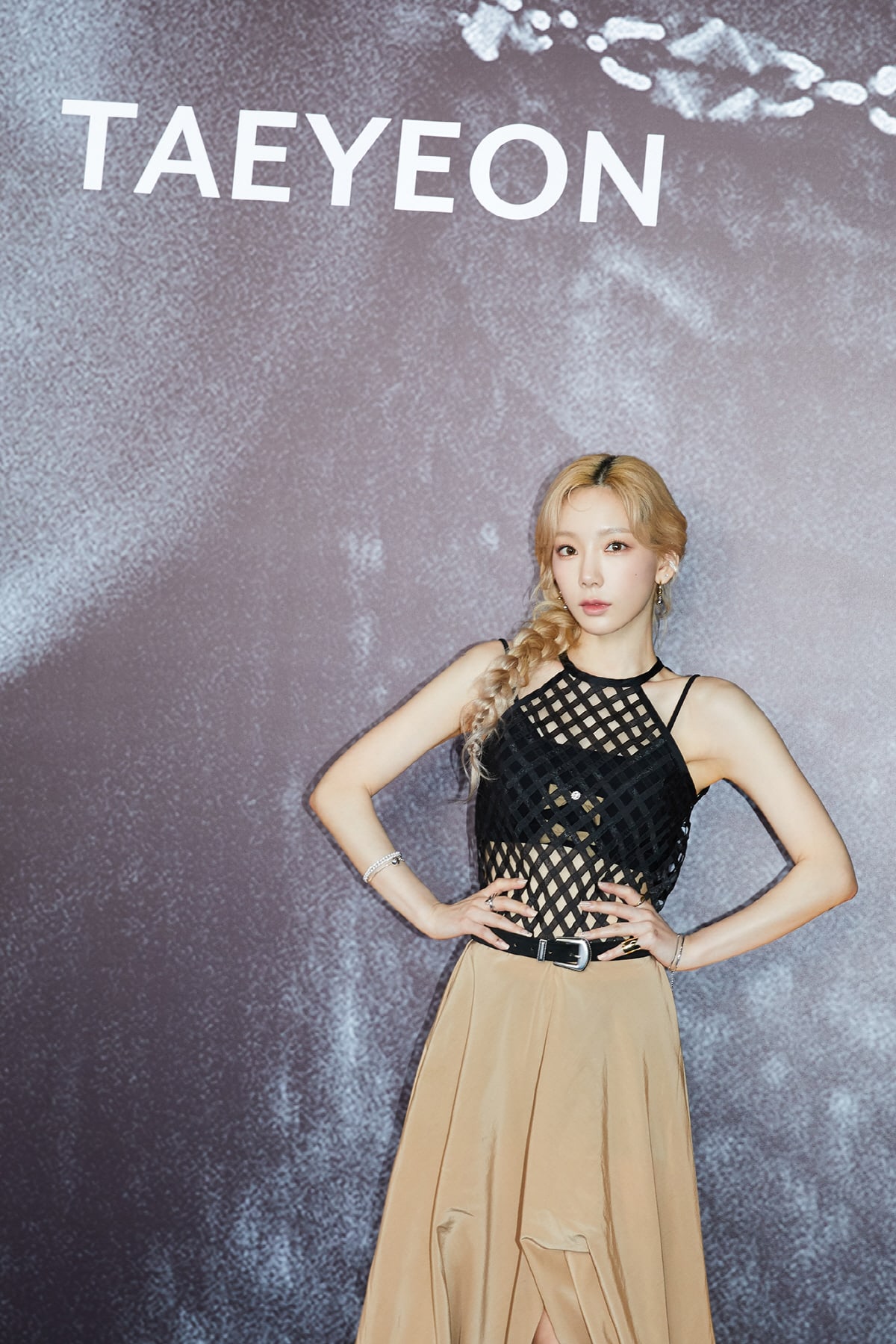 Taeyeon prepared her album at the same time as being a fixed cast member on “Amazing Saturday” and promoting with SM Entertainment’s project girl group GOT the beat. She said, “The concept [of ‘Amazing Saturday’] changes every week depending on the guests, so it feels like I’m playing a different character every recording. While part of GOT the beat, I was able to match the concept of the group. It was fun. Even when I was in the practice room, I was like, ‘What an amazing combination [of members].’ We didn’t have a lot of time to practice, so we didn’t have a lot of time to get close, but we talked a lot in order to get as close as possible. BoA told me that I was the leader so I tried to bring up the mood. It felt a little like we were the Avengers.” 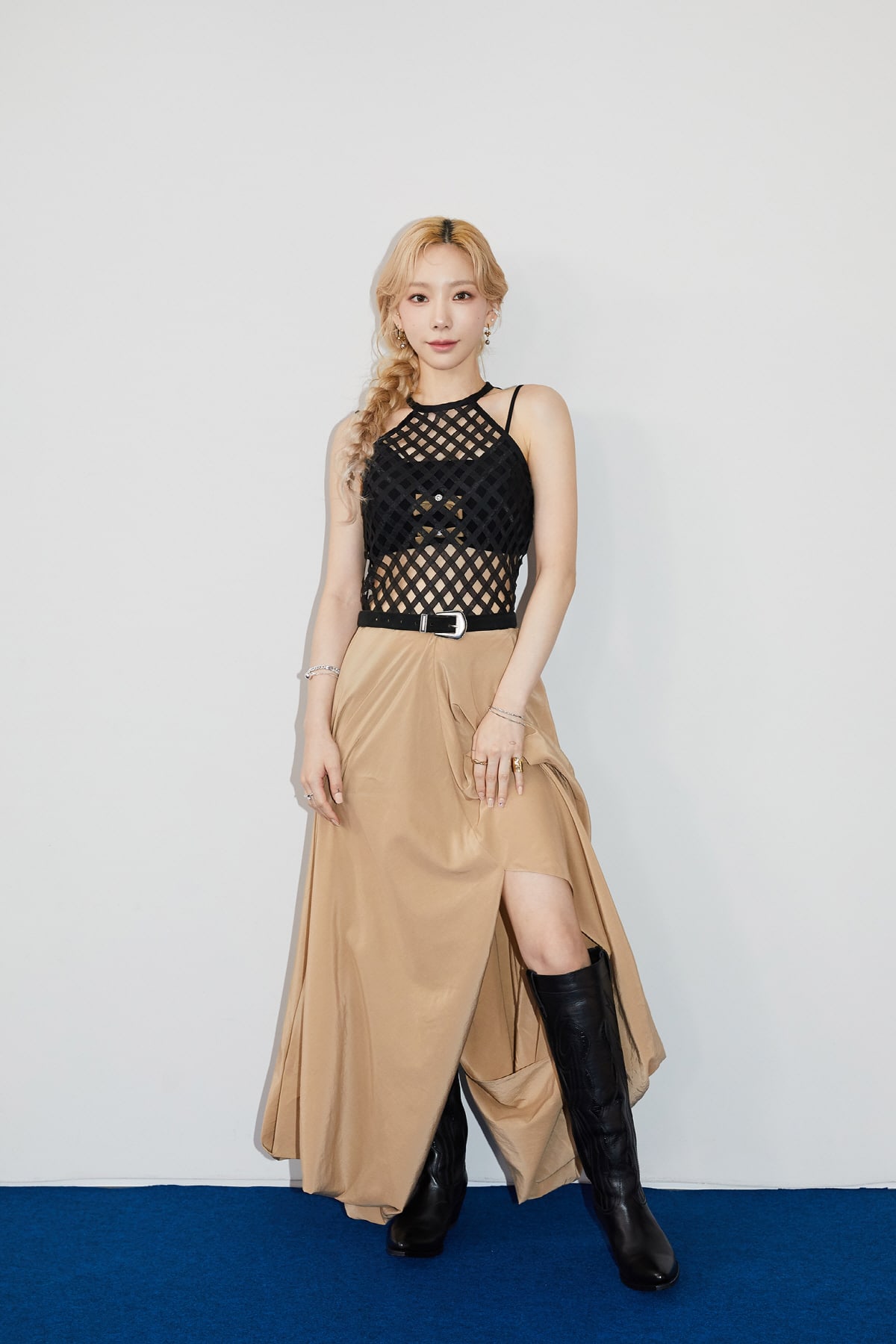 About her title track, “INVU,” she said, “When I first heard the demo, I felt that this was it. It was a song I loved from the beginning. It didn’t receive a lot of love from the other staff, I was the only one who loved it. It was a situation in which I was challenging myself, but I had confidence that I could persuade them. I focused a lot on my facial expression in order to express the song well. I recorded it almost like I was doing a musical.”

Regarding the music video, she said, “I think that there are a lot of different ways to interpret the song. It’s my song, so there are high notes, but there is also a lot of emotion. The storytelling is even more dramatic. The choreography focuses on the words “I-N-V-U,” and I hope a lot of people cover it. I tried to show a very warlike, determined, strong image in the music video. The concept and sets of the music video evoke the Greek and Roman myths.”

Taeyeon is considered one of the top female solo vocalists in the country and is often chosen as a role model by her junior artists. She said, “When I hear myself being called a ‘a role model,’ I’m happy. But it’s also a lot of pressure. I’d like it if these kids could express well the future they’ve drawn inside their mind. I think that it’s really important these days to express well the things you think and pursue. Since it’s very competitive, I hope they won’t be too hurt. My driving force is myself and my fans. I am always stimulating myself. Since different sides of me keep coming out, it makes me move forward. I am my own driving force.” 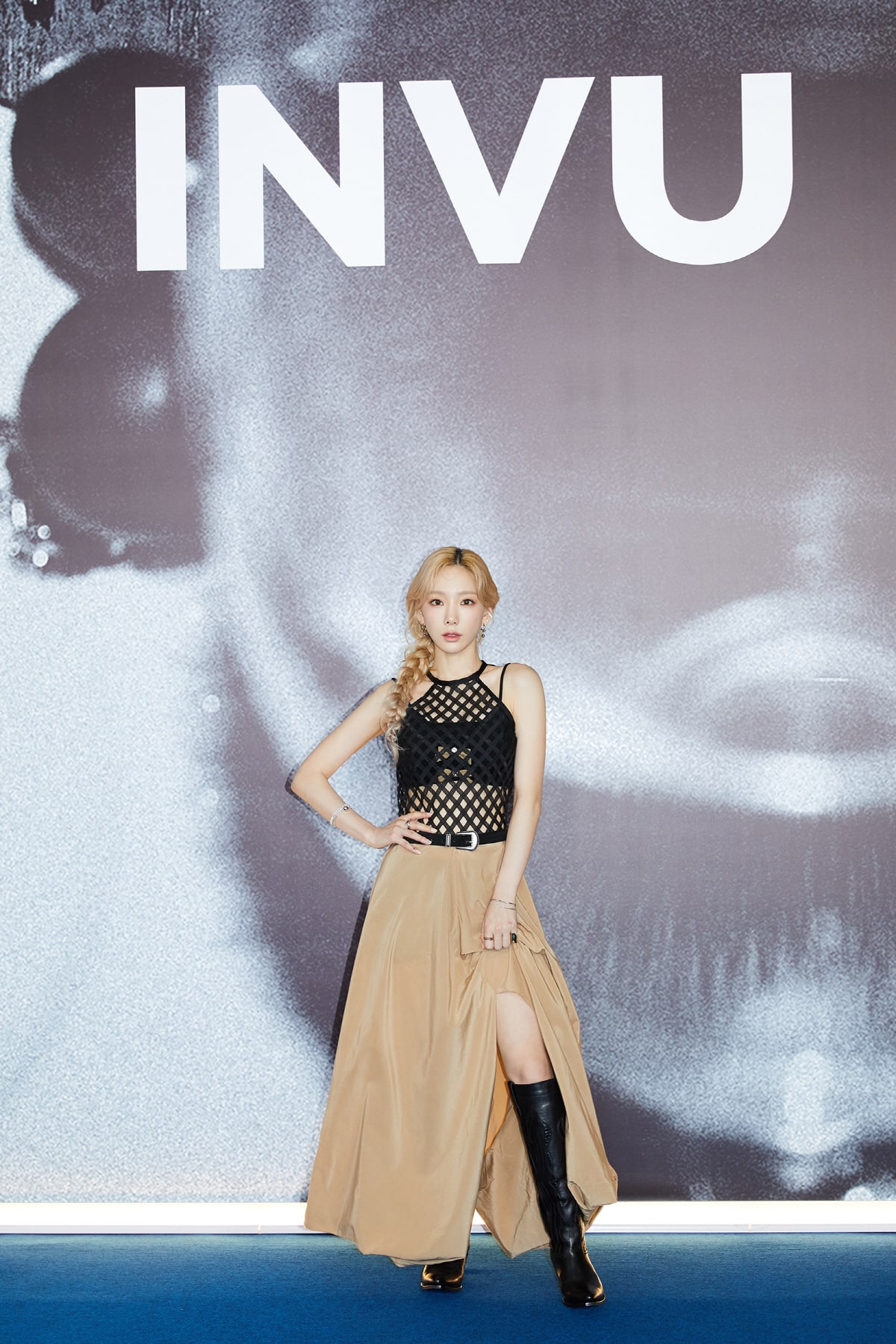