A new group poster for the upcoming drama “Military Prosecutor Doberman” has been released!

“Military Prosecutor Doberman” is an upcoming drama about two military prosecutors who chose the job for very different reasons but come together to fight evil in the military. Do Bae Man (Ahn Bo Hyun) is an indifferent prosecutor who could not care less about his job and only looks forward to the days when he can take off his military uniform. Cha Woo In (Jo Bo Ah) is the only daughter of a chaebol family who chooses to become a military prosecutor out of revenge.

In the new poster, the characters are in hierarchical positions inside a court room. The poster draws parallels between the military and a court room, both which have strict hierarchical structures. In the highest position is Noh Hwa Young (Oh Yeon Soo), the first female division leader. She strikes a stern poker face, highlighting her character’s toughness and the level of respect she commands.

Below her are aspiring lawyer Yong Moon Goo (Kim Young Min) and the “young and rich” corporate president Noh Tae Nam (Kim Woo Seok). Yong Moon Goo leans over to whisper to Noh Tae Nam who looks away in annoyance. The expressions on their faces as well as their positions next to each other imply the two characters have some sort of relationship that will intrigue viewers.

Next down are Do Bae Man and Cha Woo In who stand at the front in a dignified manner wearing prosecutor robes. They seem determined to prove their worth as military prosecutors who fight for justice. The words that go through the middle of the poster read, “The military, they judge a world of their own.” 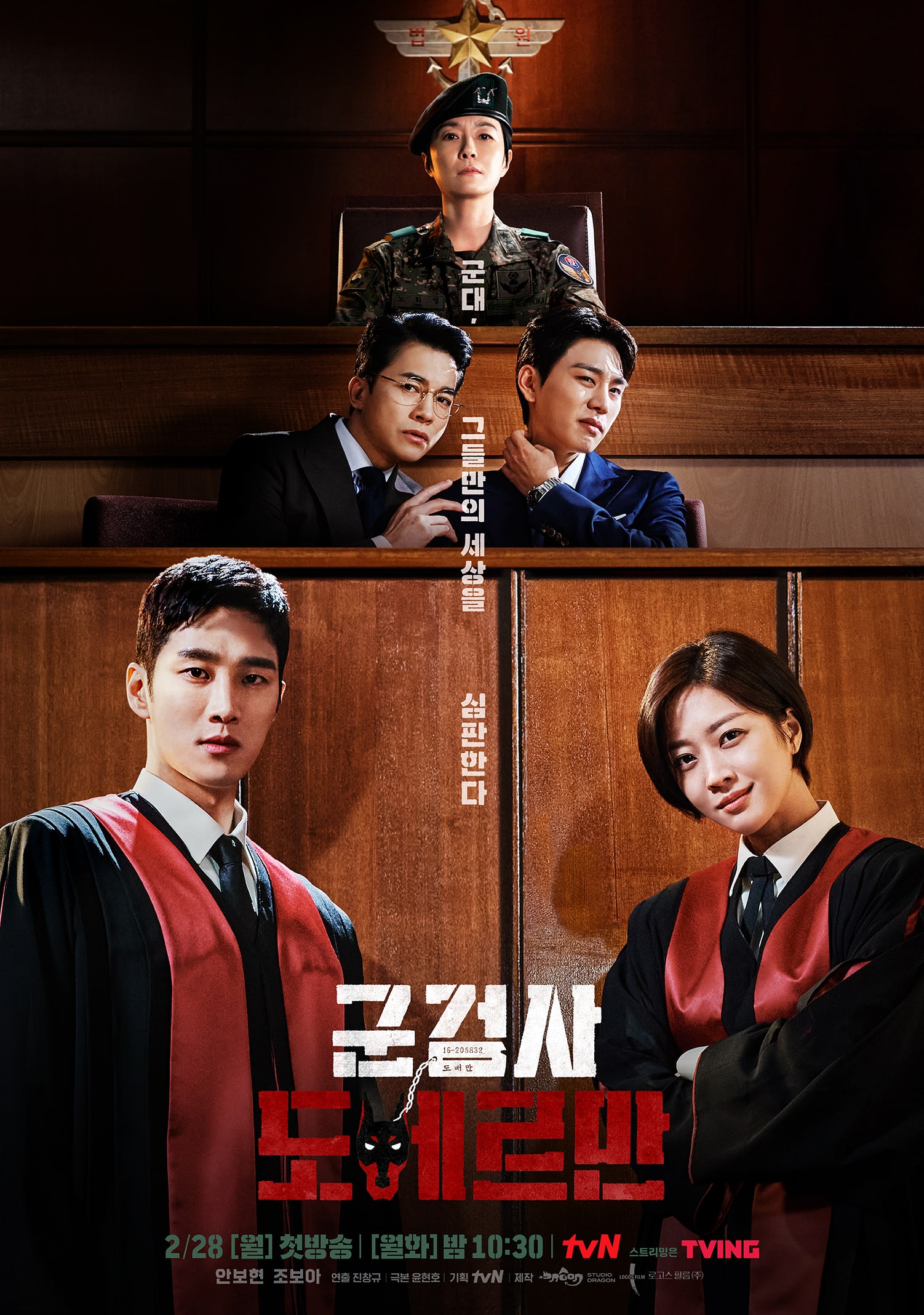 The first episode of “Military Prosecutor Doberman” will be released on February 28 at 10:30 p.m. KST. Check out a trailer for the drama here!

While waiting, check out Ahn Bo Hyun in “Yumi’s Cells“:

And Jo Bo Ah in “Tale of the Nine-Tailed“: