Son Ye Jin, Jeon Mi Do, And Kim Ji Hyun End Up At The Police Station After An Outrageous Brawl In “Thirty-Nine”

The upcoming drama “Thirty-Nine” shared new stills ahead of its premiere!

“Thirty-Nine” is an upcoming JTBC drama about three friends who met in high school and are now on the verge of turning 40. It is about the beautiful and emotional everyday stories of three 39-year-old women who encounter unforeseen circumstances in their lives.

Son Ye Jin will play Cha Mi Jo, the head dermatologist of a clinic in Gangnam. Jeon Mi Do will take the role of Jung Chan Young, an acting teacher who previously dreamed of becoming an actress, and Kim Ji Hyun will star as Jang Joo Hee, a manager of a cosmetics department store.

The newly released stills depict Cha Mi Jo, Jung Chan Young, and Jang Joo Hee at the police station. Judging from their disheveled hair and battle scars, it seems like the trio has gotten into a nasty fight. Jung Chan Young and Jang Joo Hee are wincing in pain, but Cha Mi Jo’s eyes are flaring with anger. Despite their sticky situation, viewers can’t help but laugh at their outrageous appearances. 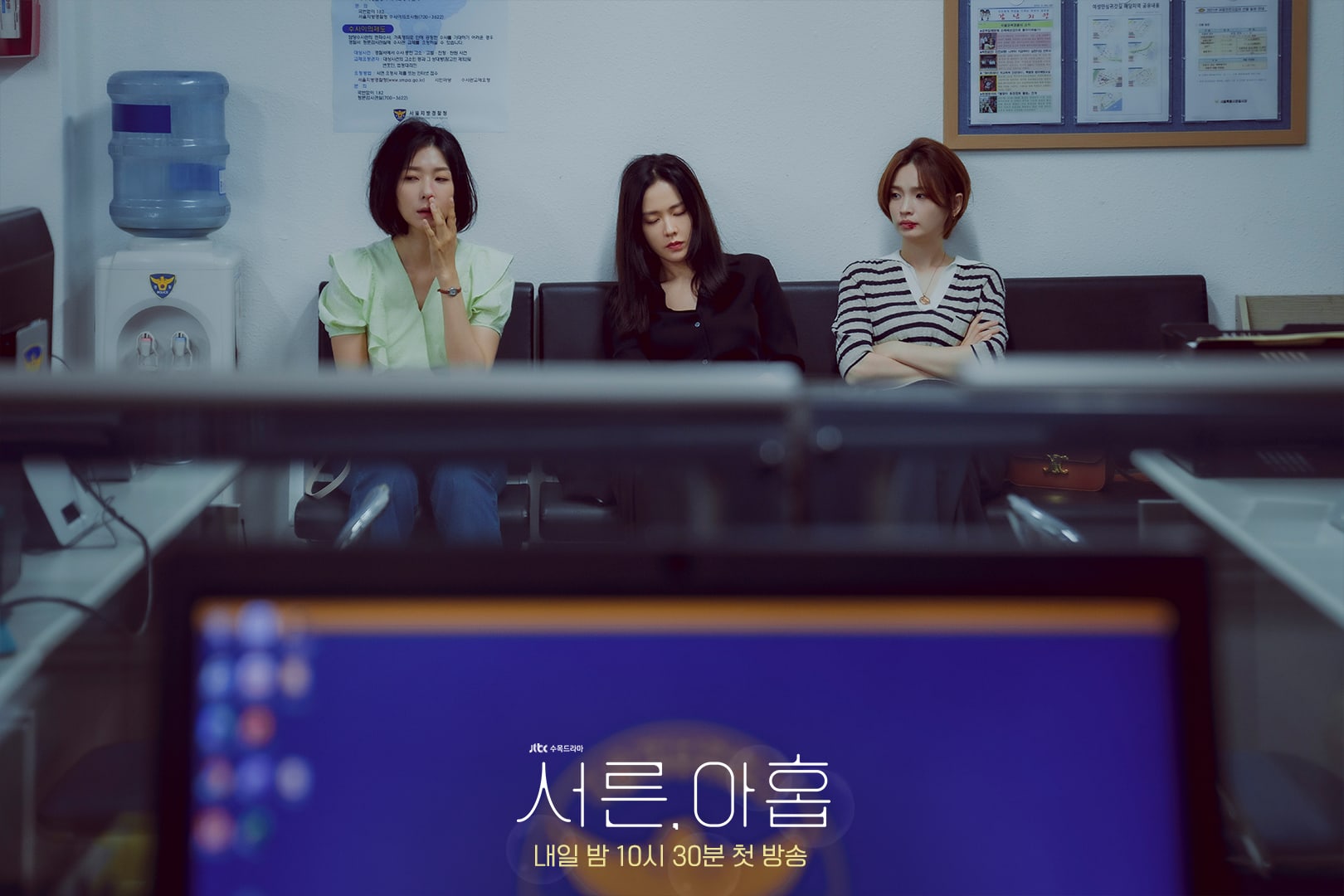 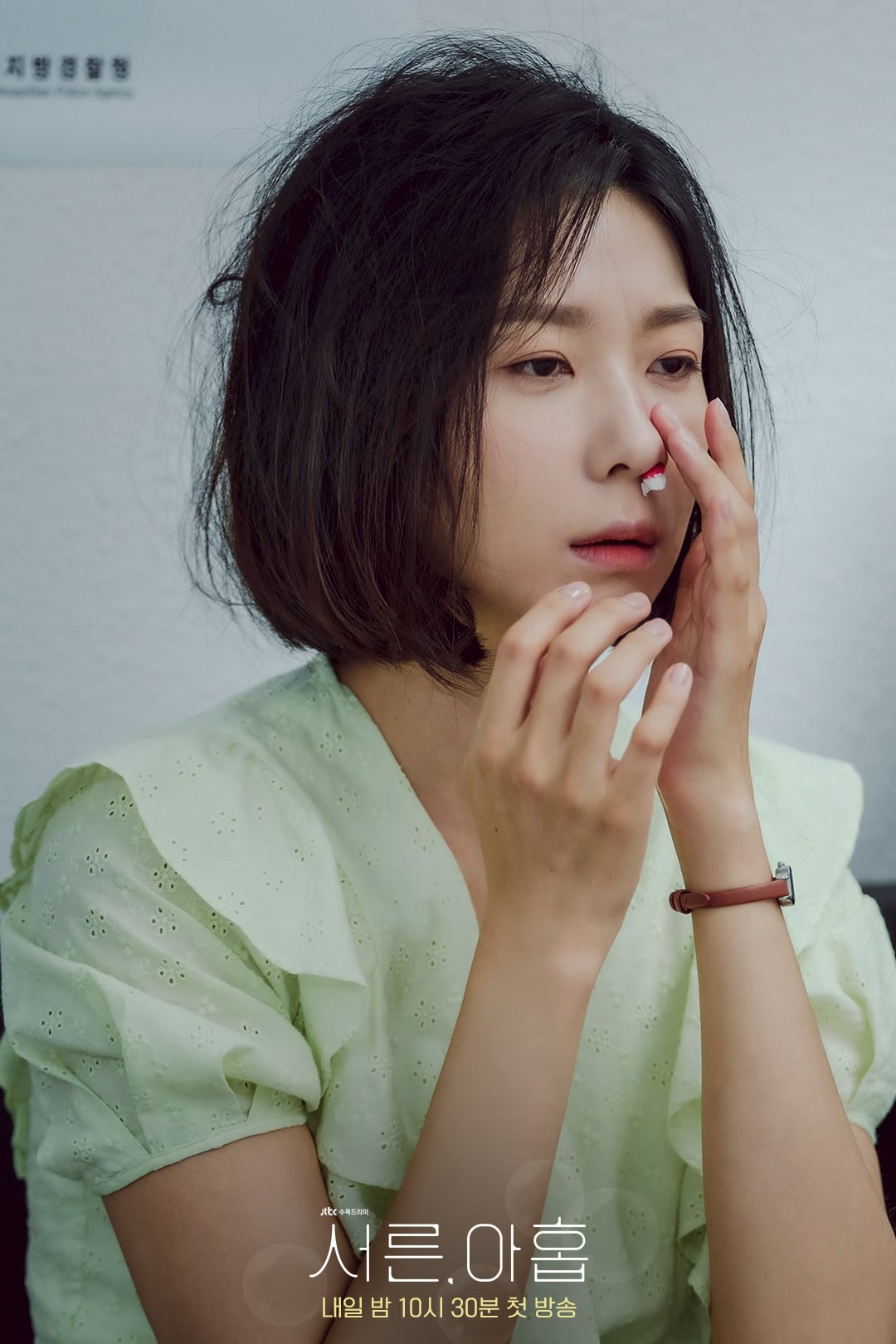 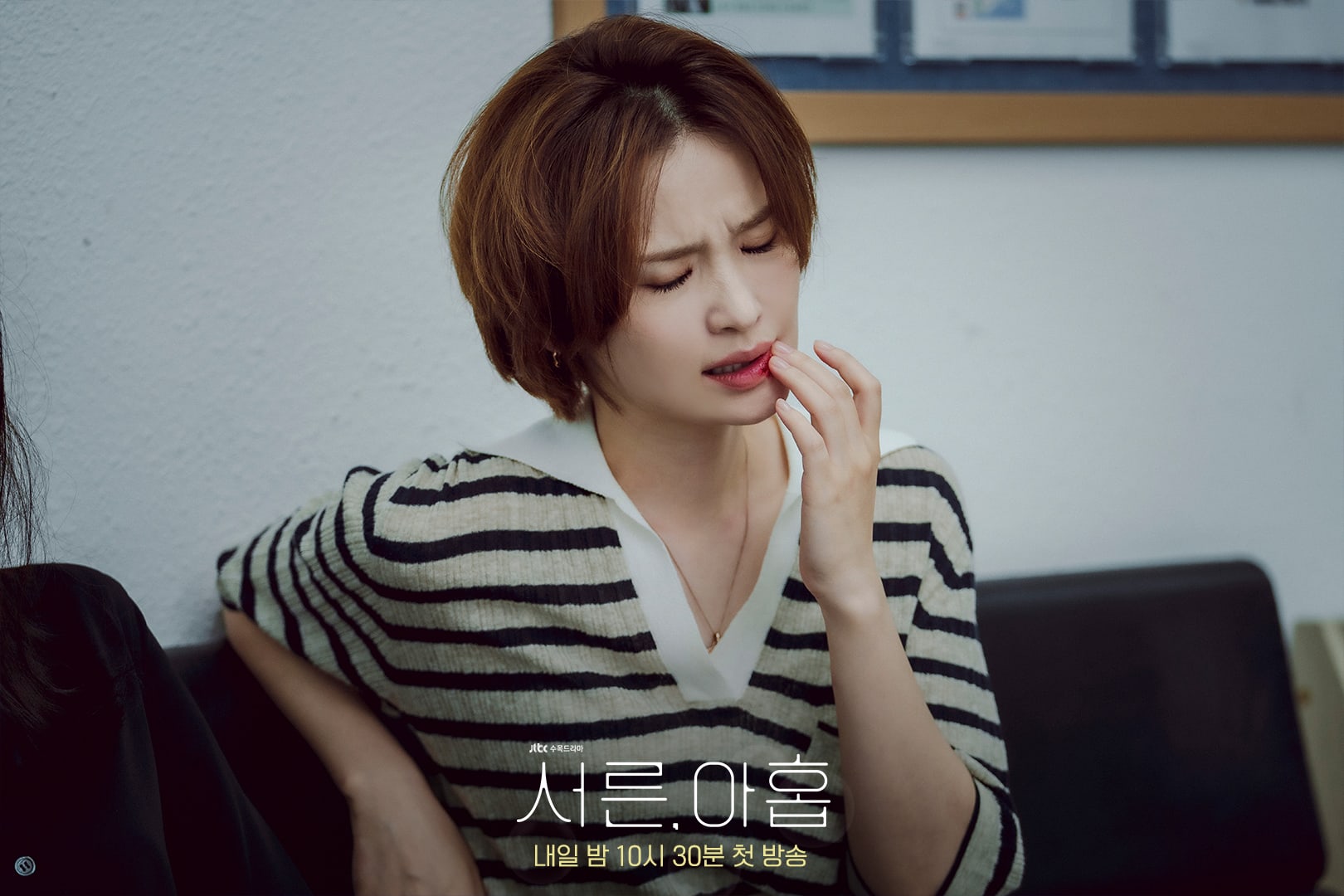 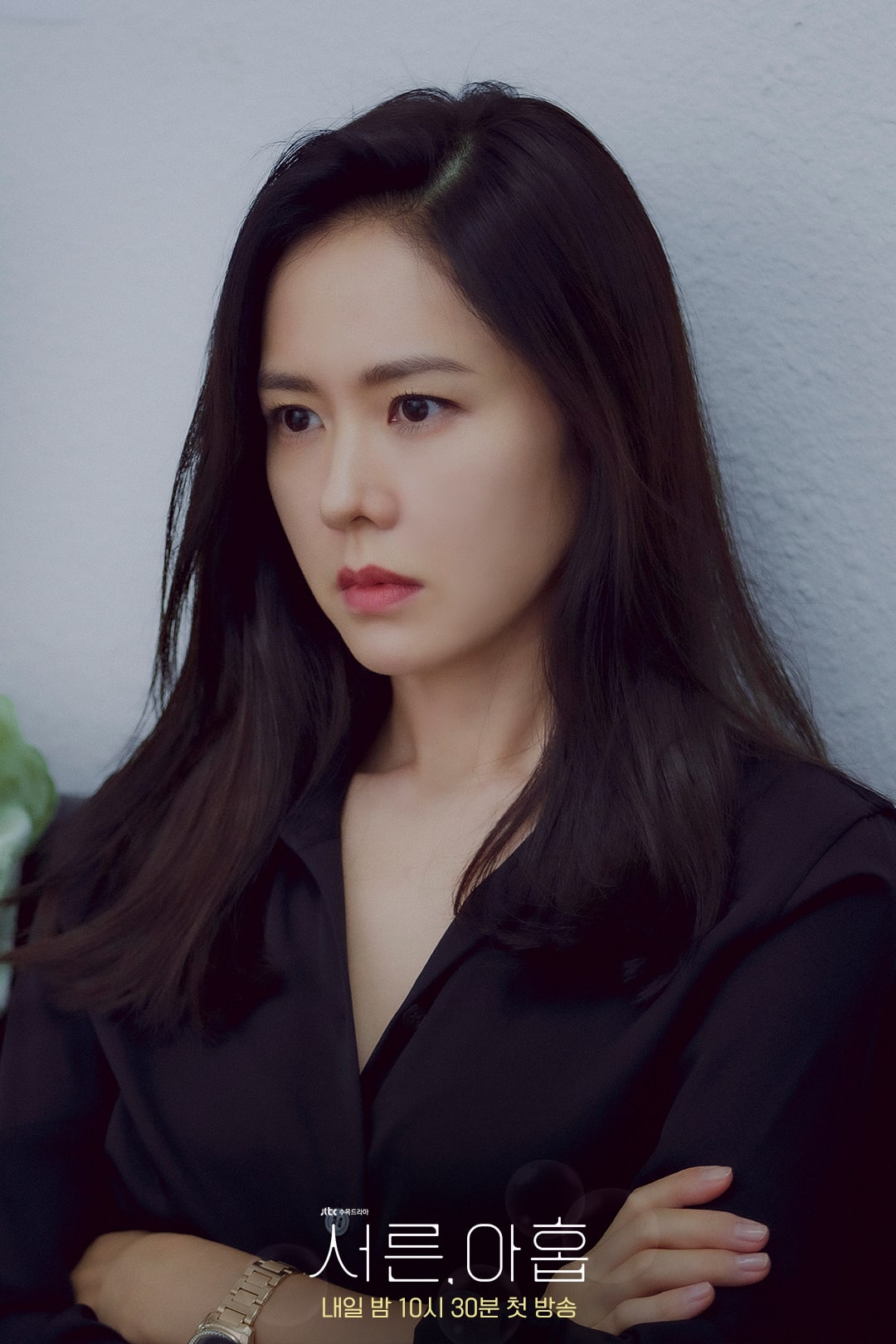 Other stills give a glimpse of Cha Mi Jo’s older sister Cha Mi Hyun (Kang Mal Geum). Cha Mi Hyun expresses anger and concern as she searches her younger sister’s face. On the other hand, Cha Mi Jo’s eyes grow wide with anxiety, and Jang Joo Hee is frozen with fear. Cha Mi Hyun’s flashy hot pink dress sharply contrasts with her fierce gaze. She explodes with anger as she approaches a group of women who are being interrogated by the police. What exactly happened to the trio, and will they be able to safely get out of this predicament? 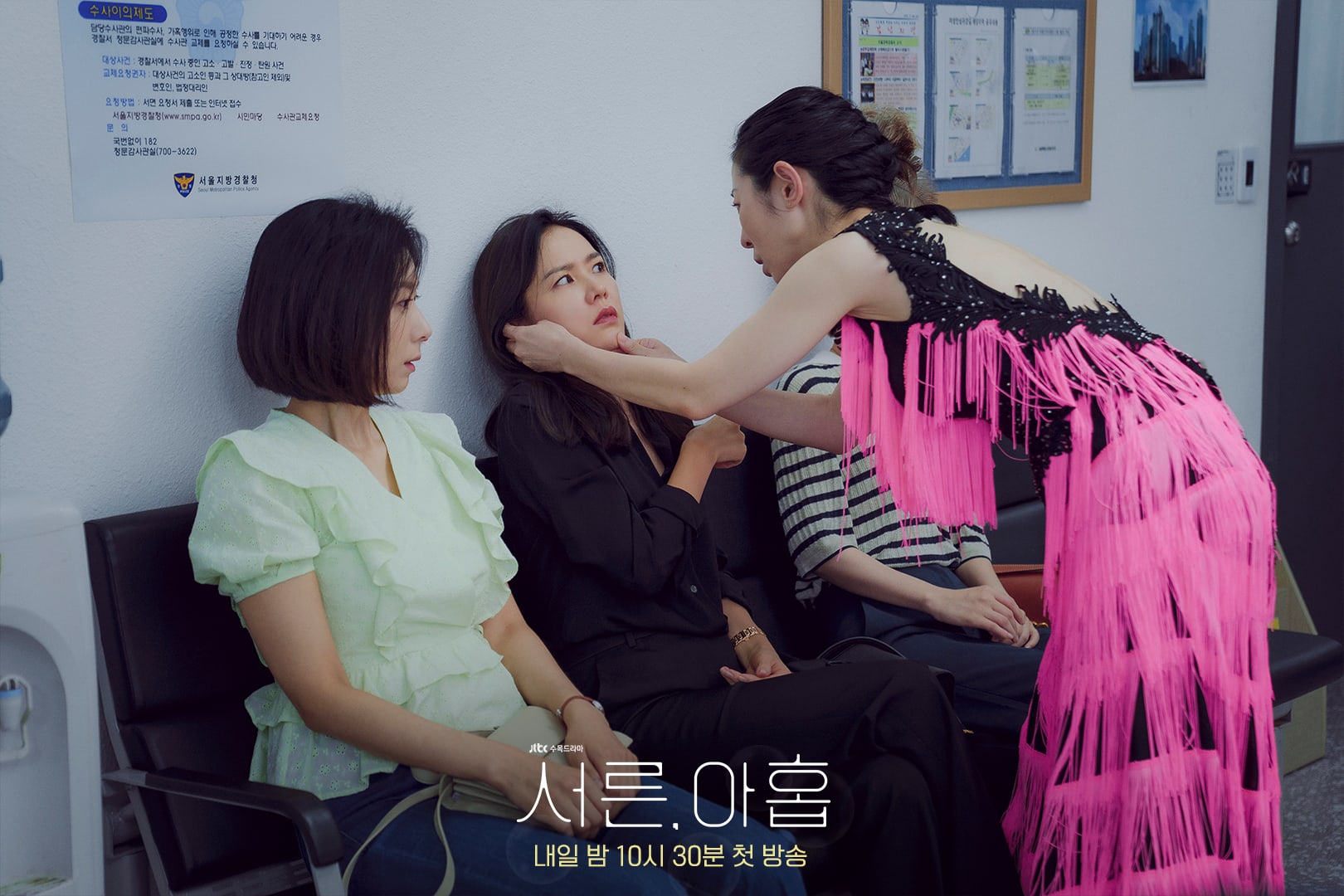 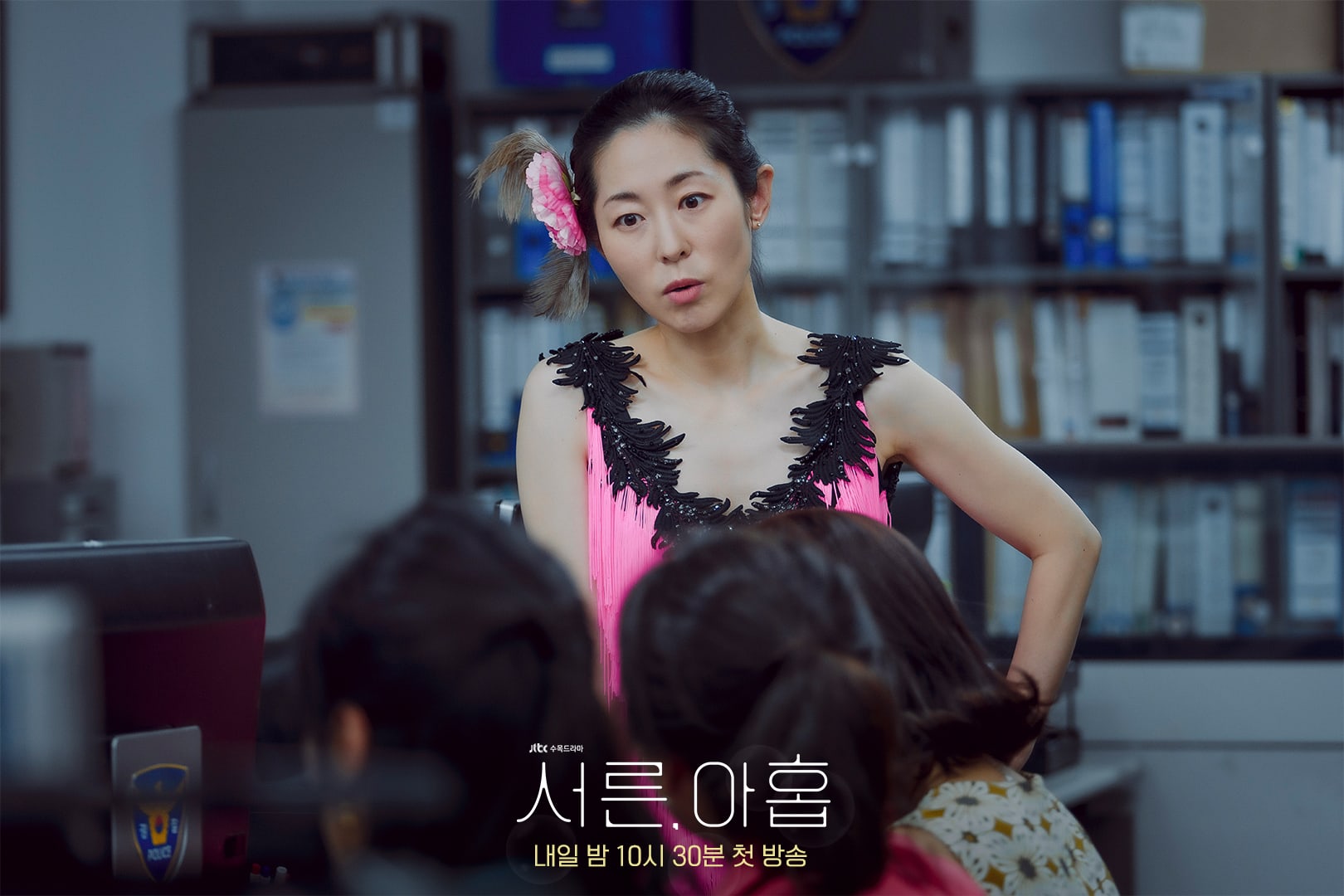 In the meantime, watch Kang Mal Geum in “The Red Sleeve“: