SBS’s “A Business Proposal” has shared a glimpse of the relationship between Lee Deok Hwa and Ahn Hyo Seop!

Based on a web novel that was adapted into a webtoon, “A Business Proposal” is a romantic comedy about an office employee who goes on a blind date with her company’s CEO in place of a friend while hiding her identity. Ahn Hyo Seop plays Kang Tae Mu, a perfect third generation chaebol. Kim Sejeong stars opposite of him as Shin Ha Ri, a regular office worker who hides her true energetic self in order to transform into a charismatic femme fatale for her blind date.

Kang Da Goo (played by Lee Deok Hwa) is the president of food company K-FRESH and Kang Tae Mu’s grandfather. While he’s strict and serious, he also has a lot of affection. Kang Da Goo is also the brilliant mastermind behind the project to get Kang Tae Mu married. He will give a “list of candidates” to his grandson, who has no intention of getting hitched and becomes completely taken aback when he’s given the task of marriage. The two end up becoming at odds over the touchy subject.

On February 15, “A Business Proposal” unveiled stills of Kang Tae Mu and Kang Da Goo. In one photo, the two encounter each other at the company. Although Kang Da Goo is brightly grinning, Kang Tae Mu doesn’t seem amused by what his grandfather has to say. Kang Da Goo isn’t the type to give up though, and he continues forward with his plans like a bulldozer.

The drama’s producers hinted that Kang Da Goo will try to break down Kang Tae Mu’s impregnable wall with a secret weapon. At the same time, things will turn turbulent between them, and viewers can look forward to how their unique relationship will play out as the story progresses. 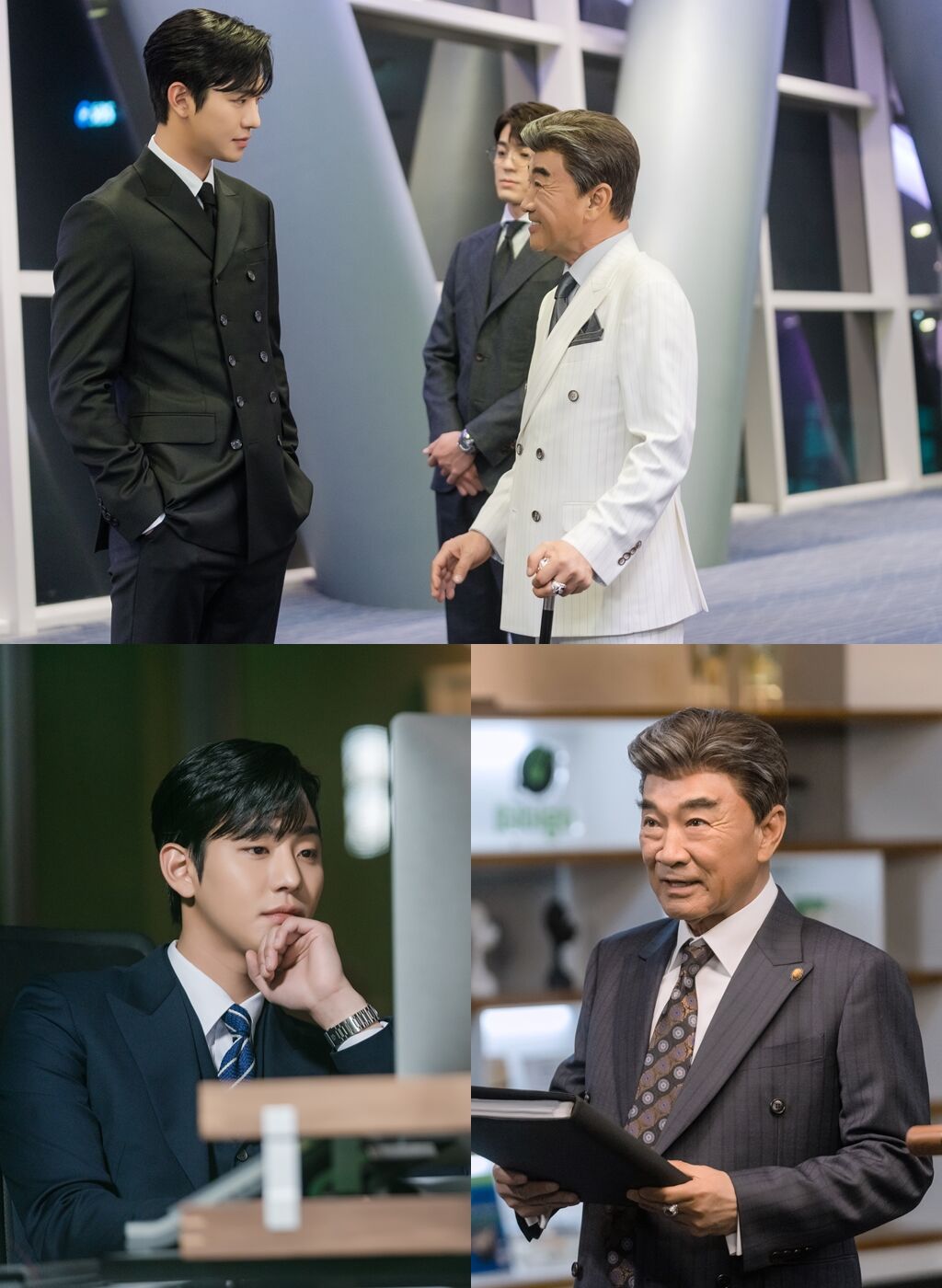 In the meantime, watch Ahn Hyo Seop in “Lovers of the Red Sky” below:

Lee Deok Hwa
Ahn Hyo Seop
A Business Proposal
How does this article make you feel?