TREASURE Talks About Their 1st Reaction To “JIKJIN,” Goals For The Group, And More

After releasing their mini album “THE SECOND STEP : CHAPTER ONE,” TREASURE held a press conference to discuss their new music, goals, and more!

TREASURE’s last release was their first full album “THE FIRST STEP : TREASURE EFFECT” back in January 2021. On releasing their first album in over a year, Bang Ye Dam commented, “We worked continuously in order to showcase our best image. As always, we went to the practice room every day and received language lessons to better communicate with our foreign fans. Whenever we had time, we also went to the studio. It became a period for us to really confirm what kind of music suits us.”

Their new title track is called “JIKJIN” and is about what will be at the end of TREASURE’s unstoppable growth. Doyoung shared, “It’s a hip hop song with a powerful and cheerful vibe. The choreography is also dynamic. It’s about moving forward and trying new things without hesitation.”

The members shared that they all knew “JIKJIN” had to be their title track as soon as they heard it, with leader Choi Hyun Suk explaining, “We heard it around October of last year and I thought, ‘Ah, it’s really this! It has to be this song.’ Even though there were a lot of [title track] nominees, all twelve of us were on the same page as we said that ‘JIKJIN’ had to be the title track.” 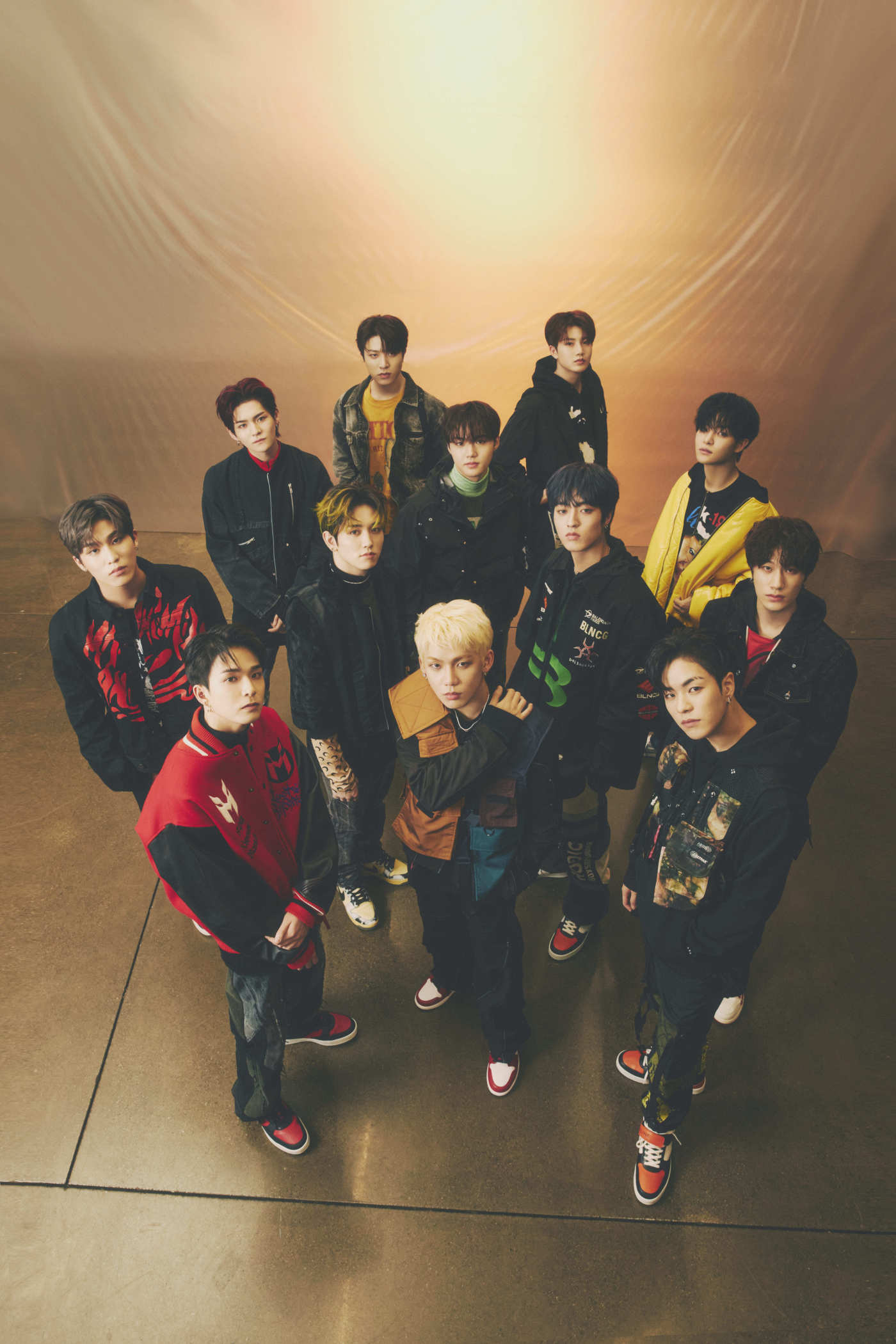 Choi Hyun Suk also elaborated on how “THE SECOND STEP : CHAPTER ONE” differs from the group’s “THE FIRST STEP” series. He shared, “If we were like bright young boys in ‘THE FIRST STEP’ series, our voice tone has changed and matured a lot compared to last year, which is something I felt while monitoring our album recordings this time around.”

Jihoon added, “It’s like the running start needed for TREASURE’s big leap. If ‘FIRST STEP’ was an album that signalled the start, this is now an album that shows what we are even better at.”

When asked about their goals for these album promotions, Yoshi answered, “I have to say this very carefully, but it’s winning No. 1 on music shows. I want to share that happiness with TREASURE MAKER [TREASURE’s official fan club] soon.” Bang Ye Dam adorably added, “I’ve imagined winning first place on a music show numerous times. Once, we even prepared an acceptance speech, but placed second.” 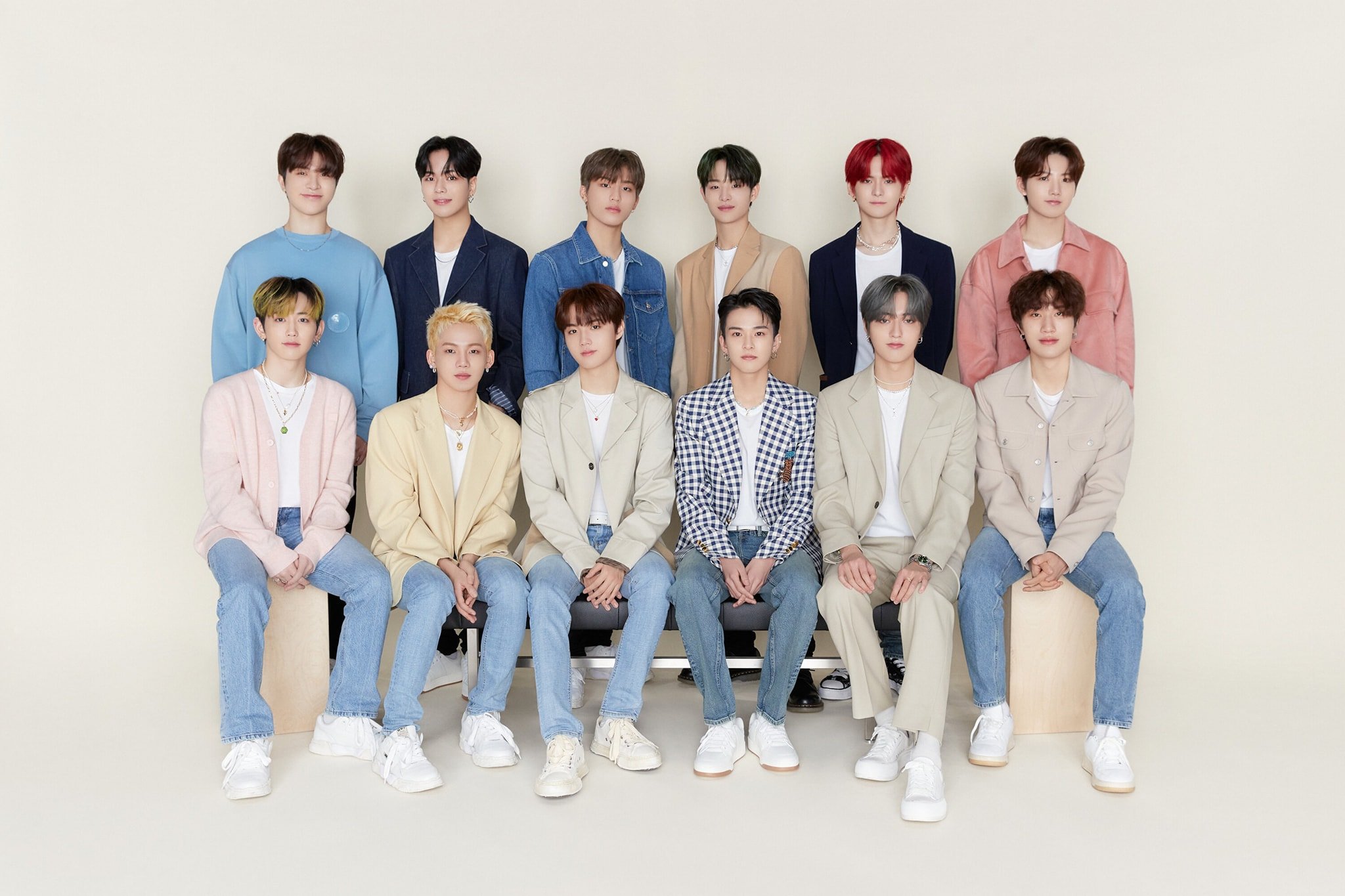 Coming up for the group is their concert this April. Choi Hyun Suk commented, “I’ve been having happy thoughts everyday. All our members are passionate so we all thought of performances we wanted to show fans and have come together to brainstorm the optimal combination. ‘JIKJIN’ is obvious but we’re also preparing b-side [performances] too [from the new album].”

For the group’s next goal, they chose a world tour. Asahi elaborated, “I think each country will have different responses and fan chants. More than anything, I’m excited at the thought of meeting fans so I want to quickly meet them.”