iHQ and MBN’s upcoming drama “Sponsor” has shared a sneak peek of the tense dynamic between Han Chae Young and Kim Jung Tae!

Kim Jung Tae will play the role of David Park, a famous photographer whose relationship with Han Chae Rin is like an unpredictable roller coaster ride. Although both characters seem to have everything they could possibly want, the dark ambitions that they hide behind their smiles know no bounds. As the two switch back and forth between enemies and allies, there is a dangerous tension between them at all times.

In newly released stills from the upcoming drama, that tension is palpable as Han Chae Rin glares at David Park with barely suppressed rage. As the building tension between them threatens to explode at any moment, David Park brazenly returns her gaze with a confident, almost shameless air. 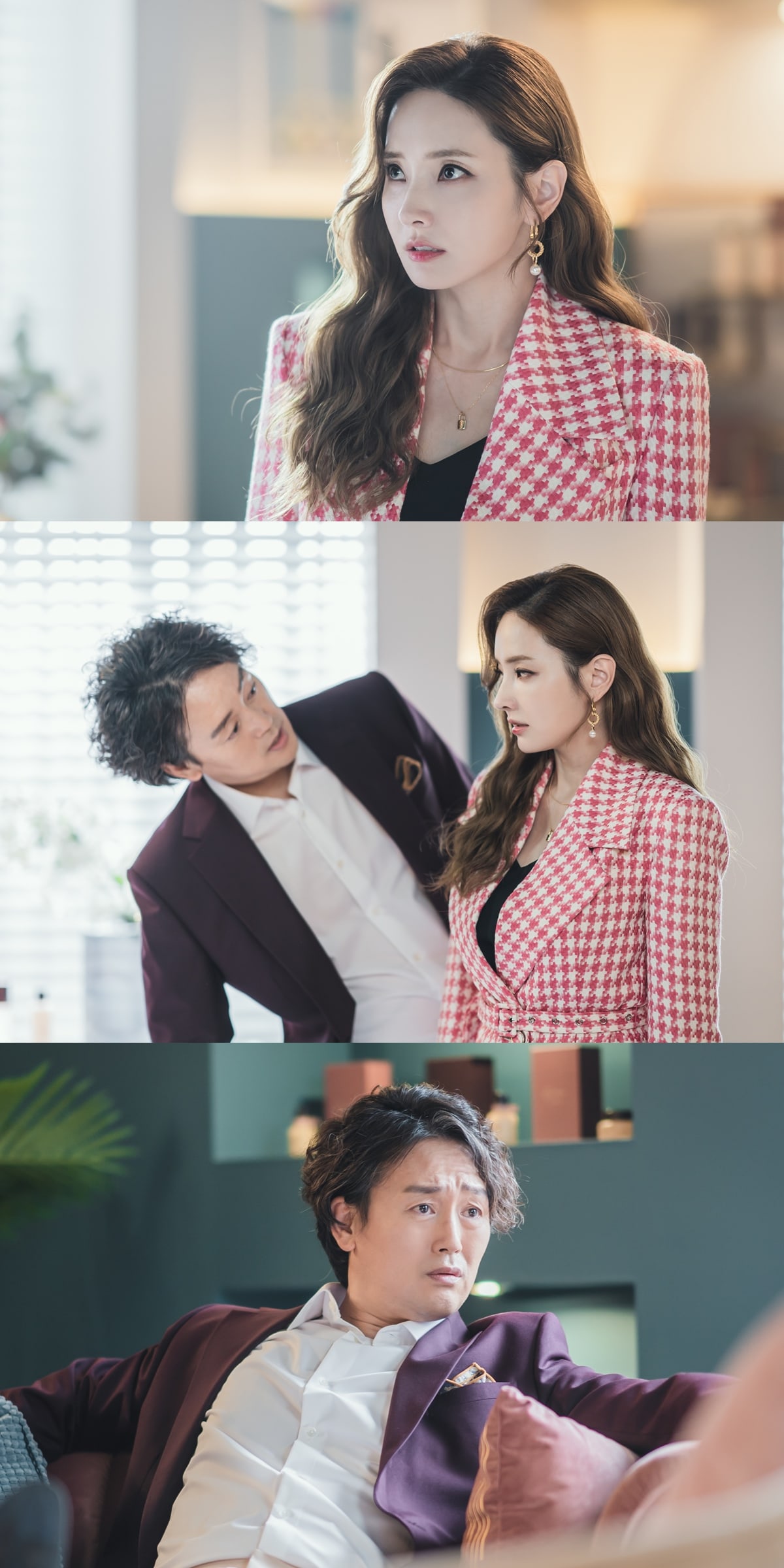 The producers of “Sponsor” teased, “The characters in the drama will thrill viewers with the shocking and unimaginable choices they make. Please keep an eye on how how they use and face off against one another in order to achieve the things they want, as well as their dangerous and thrilling relationships.”

“Sponsor” premieres on February 23 and will be available with subtitles on Viki. Check out a teaser for the drama here!

In the meantime, watch Han Chae Young in “A Pledge to God” below: