Kim Jae Wook stars as Noh Go Jin, the narcissistic CEO of the education company GOTOP and the top math instructor in the country with an IQ of 190. f(x)’s Krystal plays Lee Shin Ah, Noh Go Jin’s secretary who does not have much of a presence.

In the newly released stills, the different facets of Lee Shin Ah’s persona are shown. In the first still, she leans over to her left side and smiles sweetly at someone, coming off as innocent and friendly. In another photo, she looks slightly distressed and frazzled with wide eyes. Her hair is slightly messy as if she has been busy running from one place to another. The last still hints that Lee Shin Ah will be making a drastic change in character. She stares intensely at something as she exudes a more sinister and creepy vibe with her jet black eyeliner, eye-catching red lips, and dark clothing. Her innocent appearance is nowhere to be seen as she casts a dark aura of someone who could kill another. 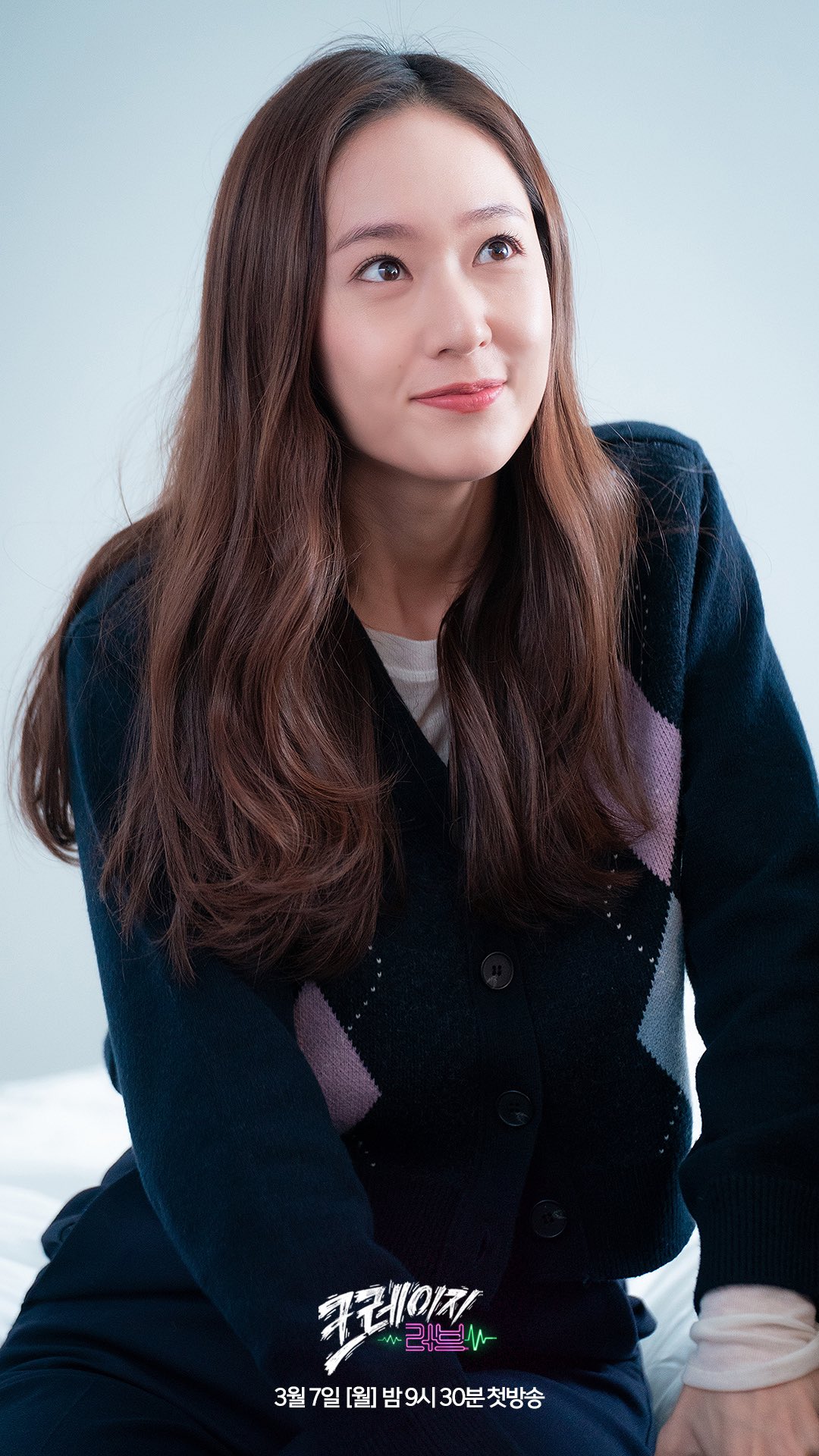 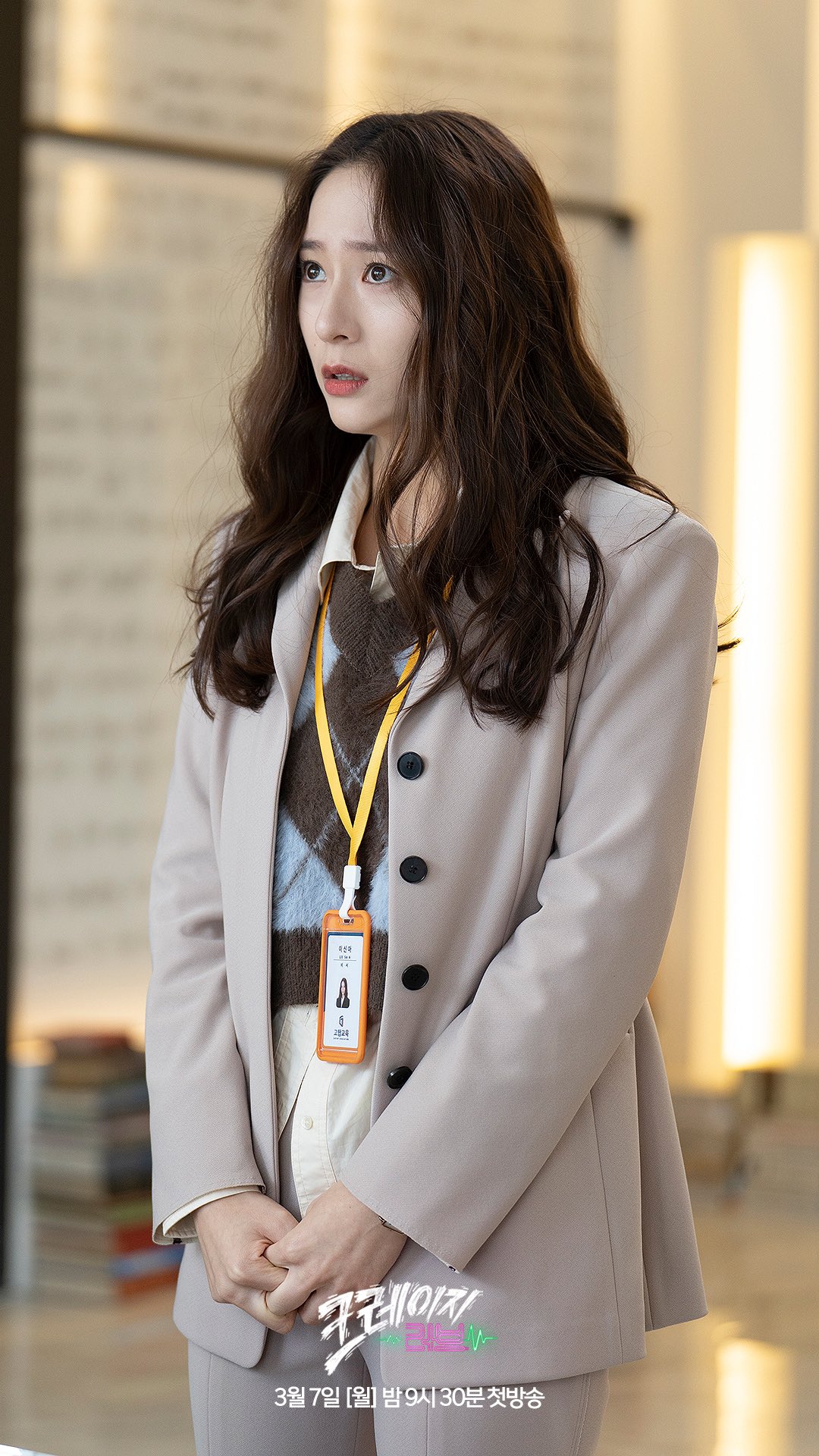 Once Lee Shin Ah discovers that she doesn’t have much time to live, her life undergoes a big change. She directs her anger at Noh Go Jin (Kim Jae Wook) and seeks to take her revenge on him. Krystal is expected to show a variety of charms and sides of her character, much like showing the ups and downs of a roller coaster. 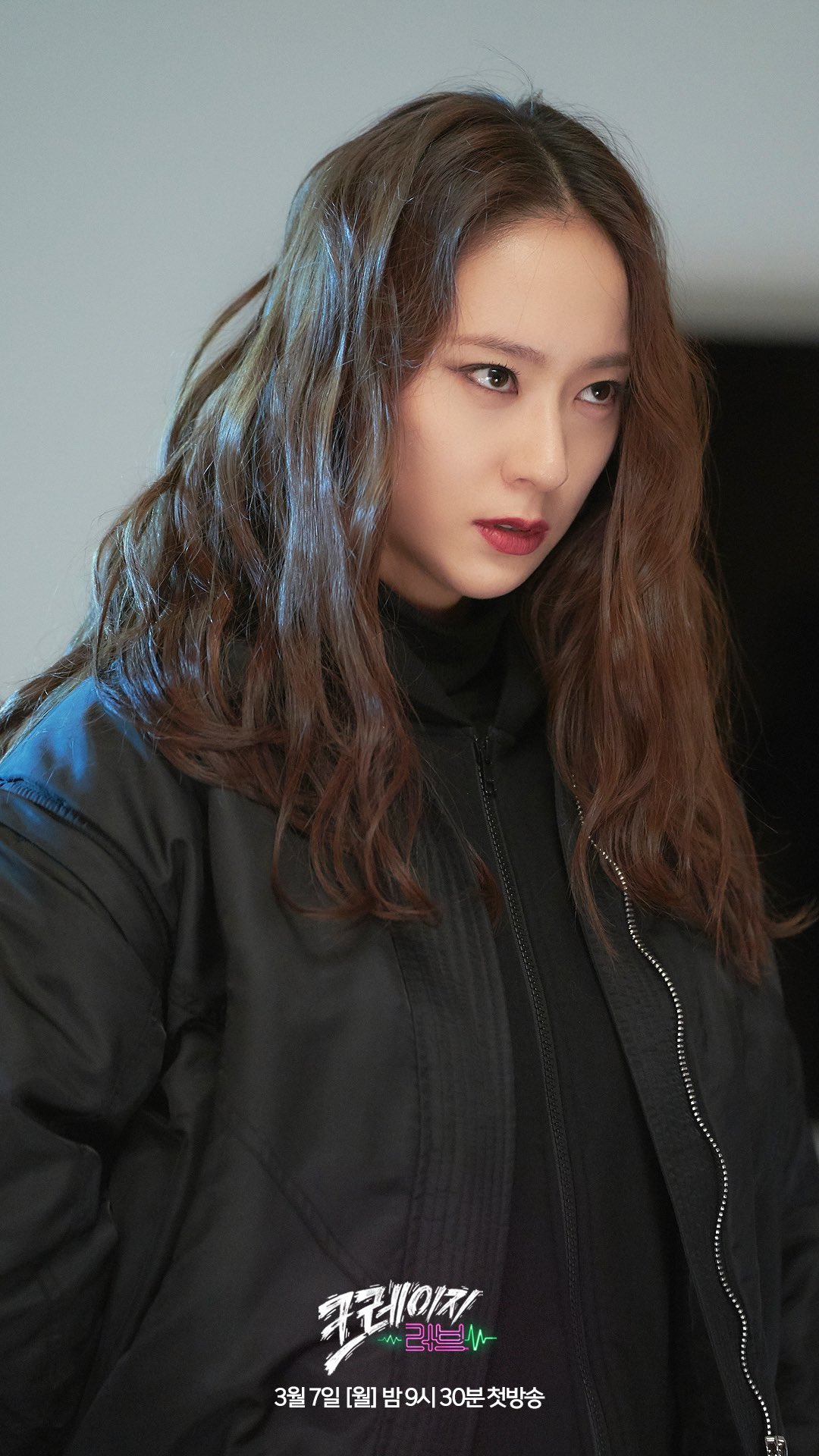 Ahead of the premiere, the production team said, “In the drama, you can get a glimpse of Krystal’s many changes. Every shoot is full of endless charm. Her eyes, facial expressions, and emotional acting that change depending on the situation created a three-dimensional character. Please look forward to Krystal’s crazy and unexpected performance.”