Jin Goo, Ha Do Kwon, And Lee Won Geun Only Have 24 Hours To Achieve Their Goals In New Thriller Drama “A Superior Day”

Starring Jin Goo, Ha Do Kwon, and Lee Won Geun, the upcoming thriller drama is about the 24-hour nightmare of an ordinary man who has to save his kidnapped daughter by murdering the serial killer who lives next door. Based on a webtoon of the same name, “A Superior Day” is helmed by Jo Nam Hyung who directed the 2021 tvN Drama Stage special “Substitute Human.”

Jin Goo stars as Lee Ho Chul, a firefighter who has to rescue his kidnapped daughter, Ha Do Kwon takes the role of Bae Tae Jin, a professional hitman who is chasing the serial killer, and Lee Won Geun plays Kwon Si Woo, a serial killer who believes himself to be superior to everyone else in the world.

The first poster shows the three men with different goals and attitudes. The text reads, “They are just given one day. Only the most superior one can survive!” Lee Ho Chul struggles desperately to find a serial killer within 24 hours in order to save his kidnapped daughter. He doesn’t have a second to waste, and he runs forward with determination. His expression is shadowed with all kinds of emotions, such as nervousness, anger, and fear.

On the other hand, Bae Tae Jin seems both sincere and relaxed. Even though he vigilantly keeps an eye on the situation, he doesn’t seem to be in an urgent situation like Lee Ho Chul. However, his gaze is sharp and tense, reminding viewers that he’s actually a cold-hearted killer.

Last but not least, Kwon Si Woo runs forward like Lee Ho Chul, but he also suddenly looks back. His behavior reflects the anxious psychology of a serial killer who has no choice but to be chased. He seems leisurely as he stands in the front of the line, but it will be intriguing to see who will become the real “superior” being in the end. 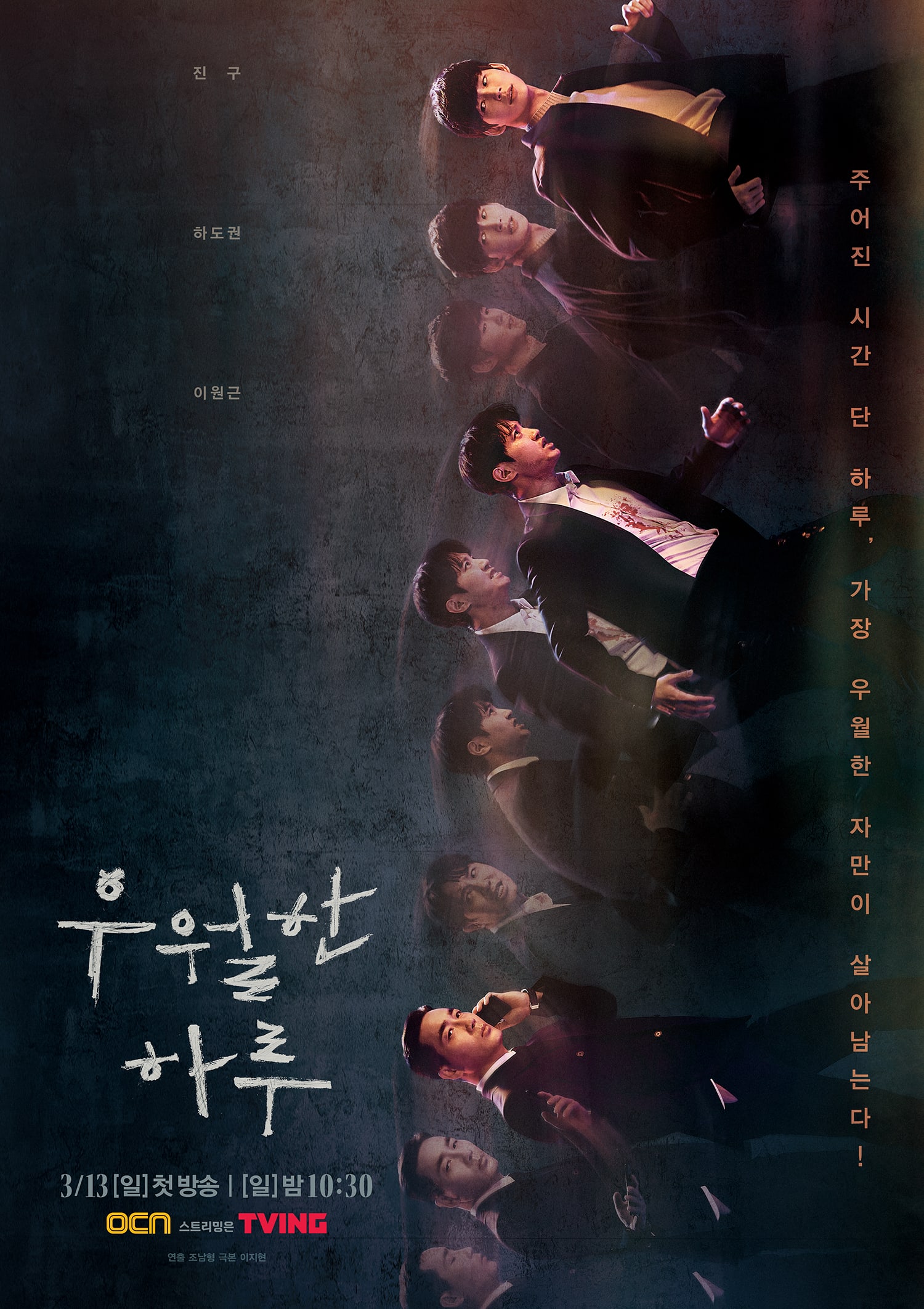 The second poster is an illustration of the original webtoon and shows that the actors are flawlessly synchronized with the webtoon characters. It will be exciting to see the actors breathe life into their roles and depict a heart-stopping story. 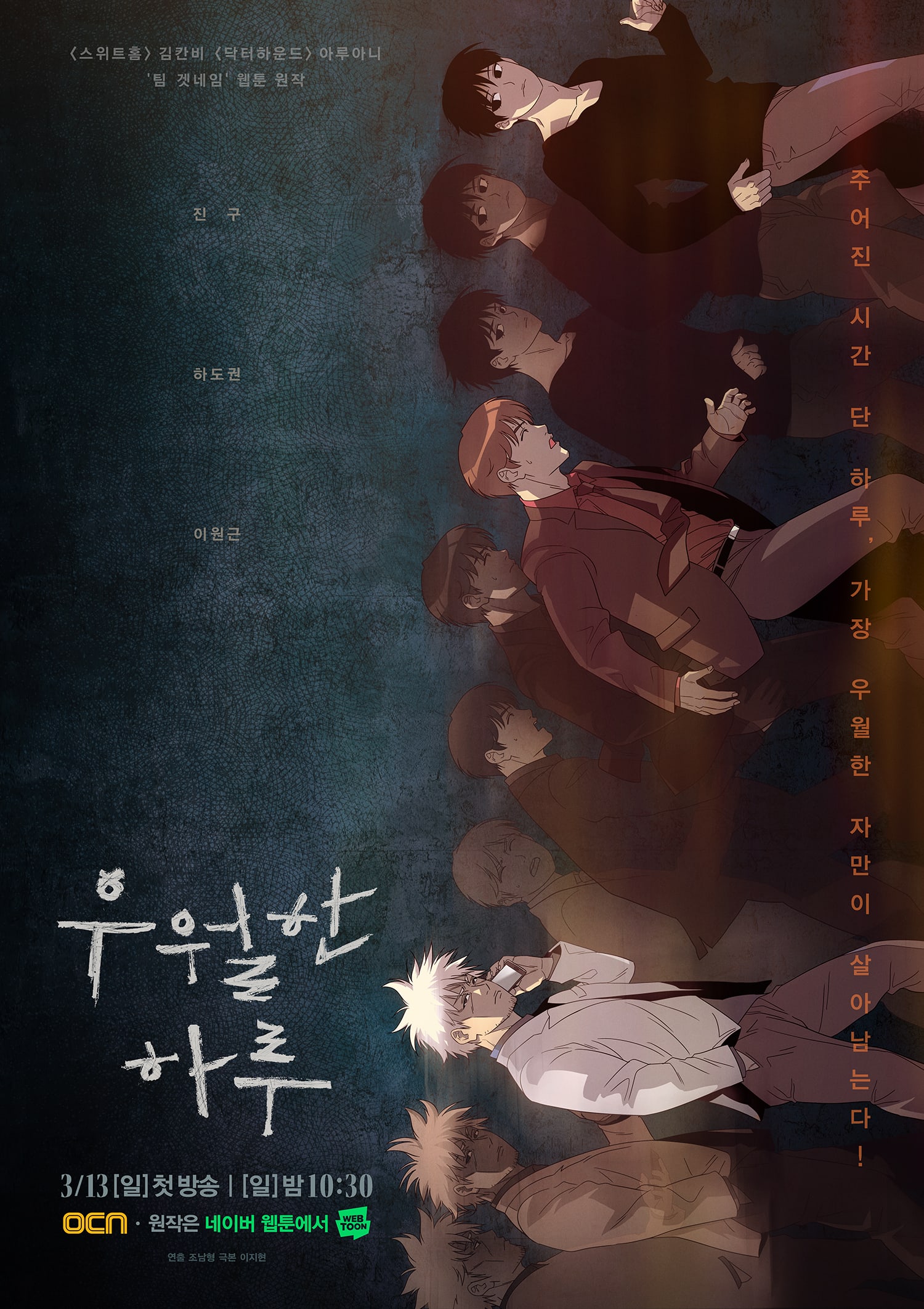 In the meantime, watch Ha Do Kwon in his current drama “Through the Darkness” here: