JTBC’s “Thirty-Nine” has shared an intriguing sneak peek of the next episode!

“Thirty-Nine” made a promising start with an average nationwide viewership rating of 4.406 percent. The first episode gave a proper look at the sweet yet chaotic friendship of Cha Mi Jo, Jung Chan Young, and Jang Joo Hee. In particular, they made viewers burst into laughter when they were summoned to the police station after getting into a scuffle with other people.

In the next episode, Cha Mi Jo, Jung Chan Young, and Jang Joo Hee will pay a visit to the new fusion restaurant Chinatown. The new stills feature the trio at the restaurant, but instead of the food, their eyes are on Park Hyun Joon (Lee Tae Hwan), the CEO and chef of Chinatown.

Previously, Jang Joo Hee and Park Hyun Joon had a hilarious first encounter when she approached his restaurant in a drunken state. Now, it seems as if Jang Joo Hee has finally gotten the green light in her love life, and Cha Mi Jo and Jung Chan Young are more than willing to scope it out.

In the photos, Cha Mi Jo and Jung Chan Young eagerly spy on Park Hyun Joon, who may end up becoming Jang Joo Hee’s lover in the future. They are more than impressed by his charisma as a chef, and their curiosity about him is rapidly increasing. Park Hyun Joon, who feels their blatant staring, flashes them a warm smile.

However, the expressions of Cha Mi Jo, Jung Chan Young, and Jang Joo Hee turn stiff when a beautiful woman appears in front of Park Hyun Joon. Cha Mi Jo stares at the woman with vigilance, while Jung Chan Young tilts her head questioningly. On the other hand, Jang Joo Hee seems to have lost her spark of hope, and her depressed expression makes viewers laugh as they wonder what will happen next in her ambiguous love life. 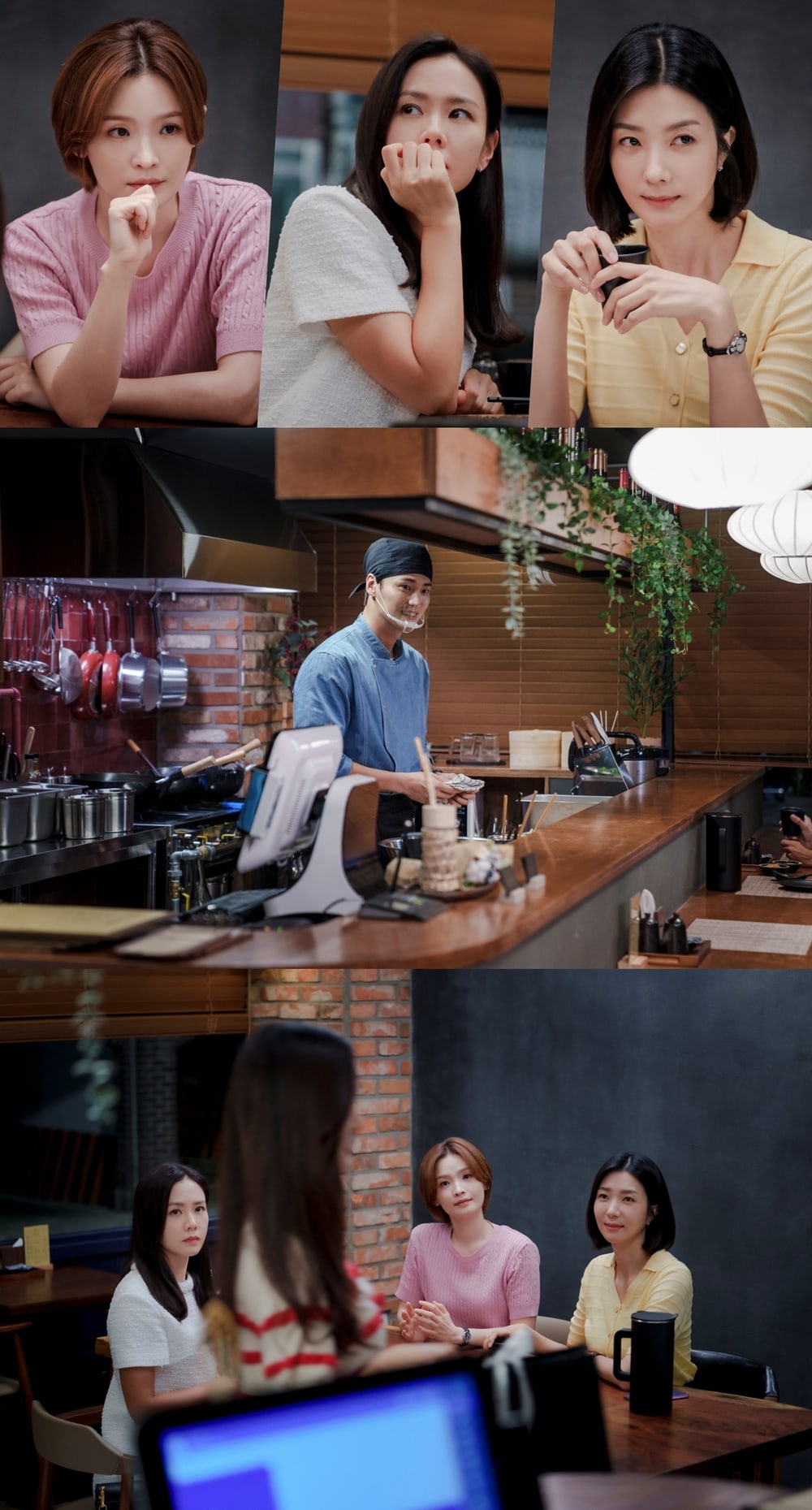 Watch Son Ye Jin in “Be With You” below!