Jin Goo, Lee Won Geun, And Ha Do Kwon Must Play Mind Games To Survive In “A Superior Day”

OCN’s upcoming drama “A Superior Day” has unveiled a new set of posters!

In the newly released poster, Lee Ho Chul stares at the camera head-on as he prepares to fight for his daughter’s life. With only 24 hours to get her back from her kidnapper, Lee Ho Chul doesn’t have time to look anywhere but straight ahead as he races against the clock.

However, in contrast to the straightforward Lee Ho Chul, both Bae Tae Jin and Kwon Si Woo turn their gazes to the side, making the two killers much harder to read. With both men wearing cold, unknowable expressions, it remains unclear which of the three men will emerge victorious from their tense mind games and fierce battle for survival.

The poster’s caption dramatically reads, “The time allotted is just one day. Only the most superior individual will survive!” 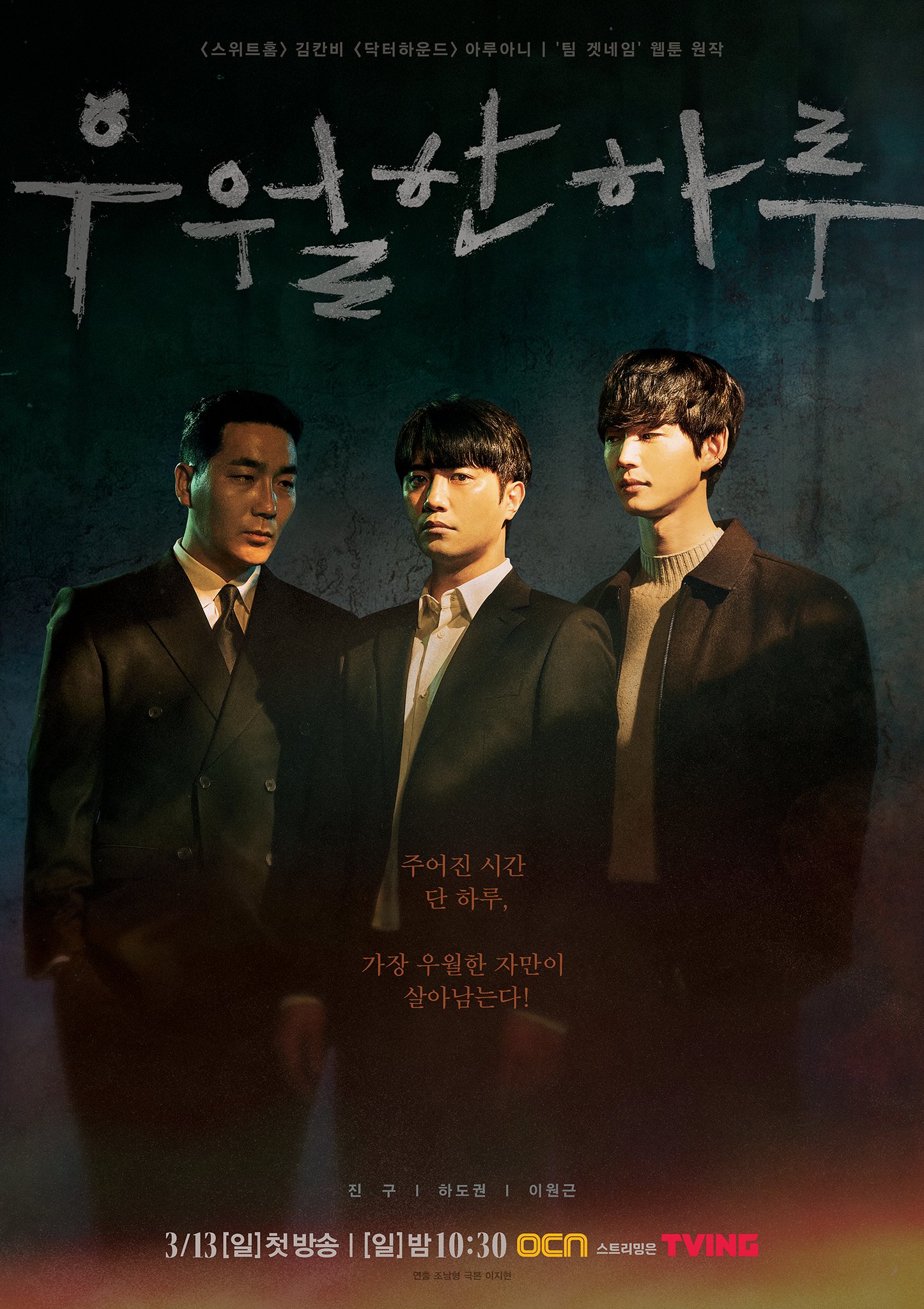 Meanwhile, the special webtoon version of the poster captures a different side of Lee Ho Chul, who wears a bright smile as Bae Tae Jin slings an arm around his shoulders. However, the ominous way that both Bae Tae Jin and Kwon Si Woo keep their eyes on the oblivious Lee Ho Chul remains the same. 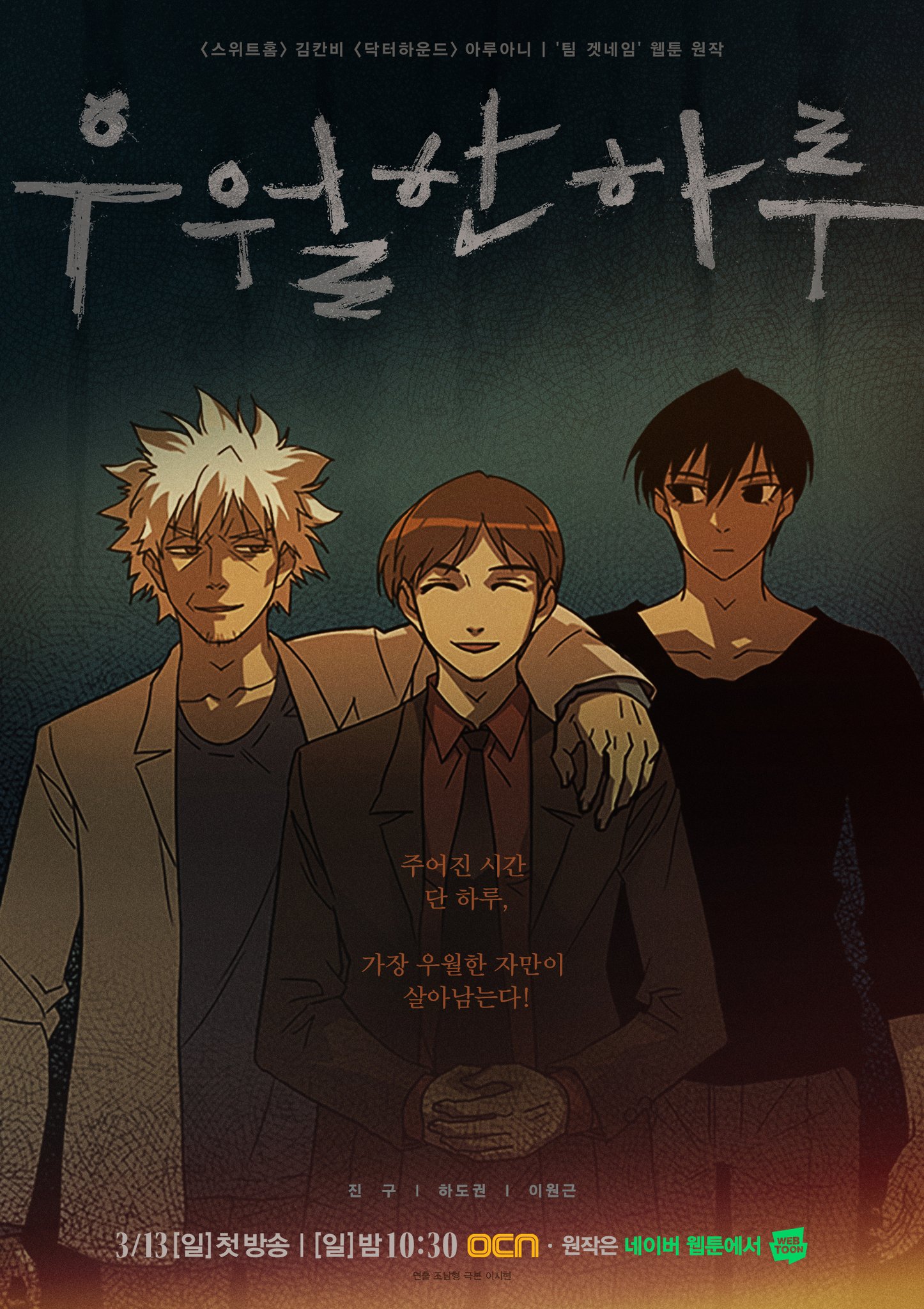 In the meantime, watch Lee Won Geun in his latest drama “One the Woman” here…

…and Ha Do Kwon in his current drama “Through the Darkness” below!