Lee Yoo Mi Talks About Filming “Squid Game” And “All Of Us Are Dead” At Same Time, Why Hate Comments Make Her Happy, And More

In a recent interview with Hankook Ilbo, Lee Yoo Mi talked about her back-to-back hits “Squid Game” and “All of Us Are Dead”!

After stealing viewers’ hearts and skyrocketing to stardom through her hit drama “Squid Game,” Lee Yoo Mi recently made a scene-stealing appearance in another global phenomenon: the zombie series “All of Us Are Dead.”

When asked about her soaring popularity, Lee Yoo Mi remarked, “Lots of people around me have been congratulating me. My parents were also really pleased. I’m spending my days happily.”

She also spoke fondly of her experience filming “All of Us Are Dead,” sharing, “I was able to meet friends of the same age. The thing that’s changed for me after filming ‘All of Us Are Dead’ is that I’ve gained great people [in my life].” 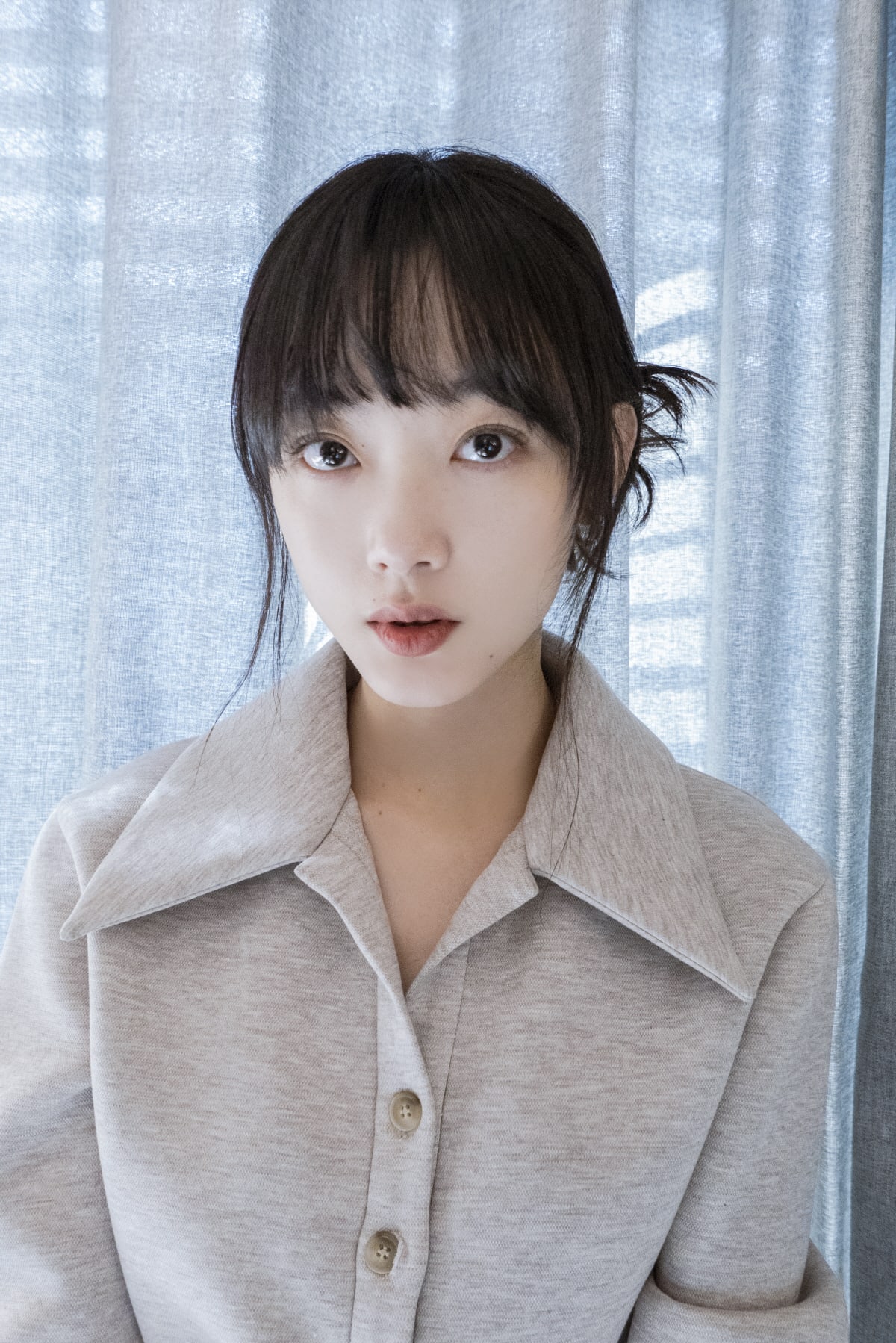 In stark contrast to her self-sacrificing character in “Squid Game,” Lee Yoo Mi played a villain in “All of Us Are Dead,” successfully infuriating viewers all around the world through her memorable turn as the selfish and elitist Nayeon.

“Honestly, I thought to myself while acting that [Nayeon] and I were very different,” confessed the actress. However, she went on to add, “I had fun thinking up different ideas [for the character] while filming.”

Lee Yoo Mi also revealed that because she made a mistake during her audition for “All of Us Are Dead,” she hadn’t expected to get the part. “I thought I hadn’t done a good job during my audition,” she explained. “So I asked the director later why I got the part, and he told me that he had seen my past work and said, ‘I trust you.’ I thought that I should repay that trust, so I worked even harder during filming.” 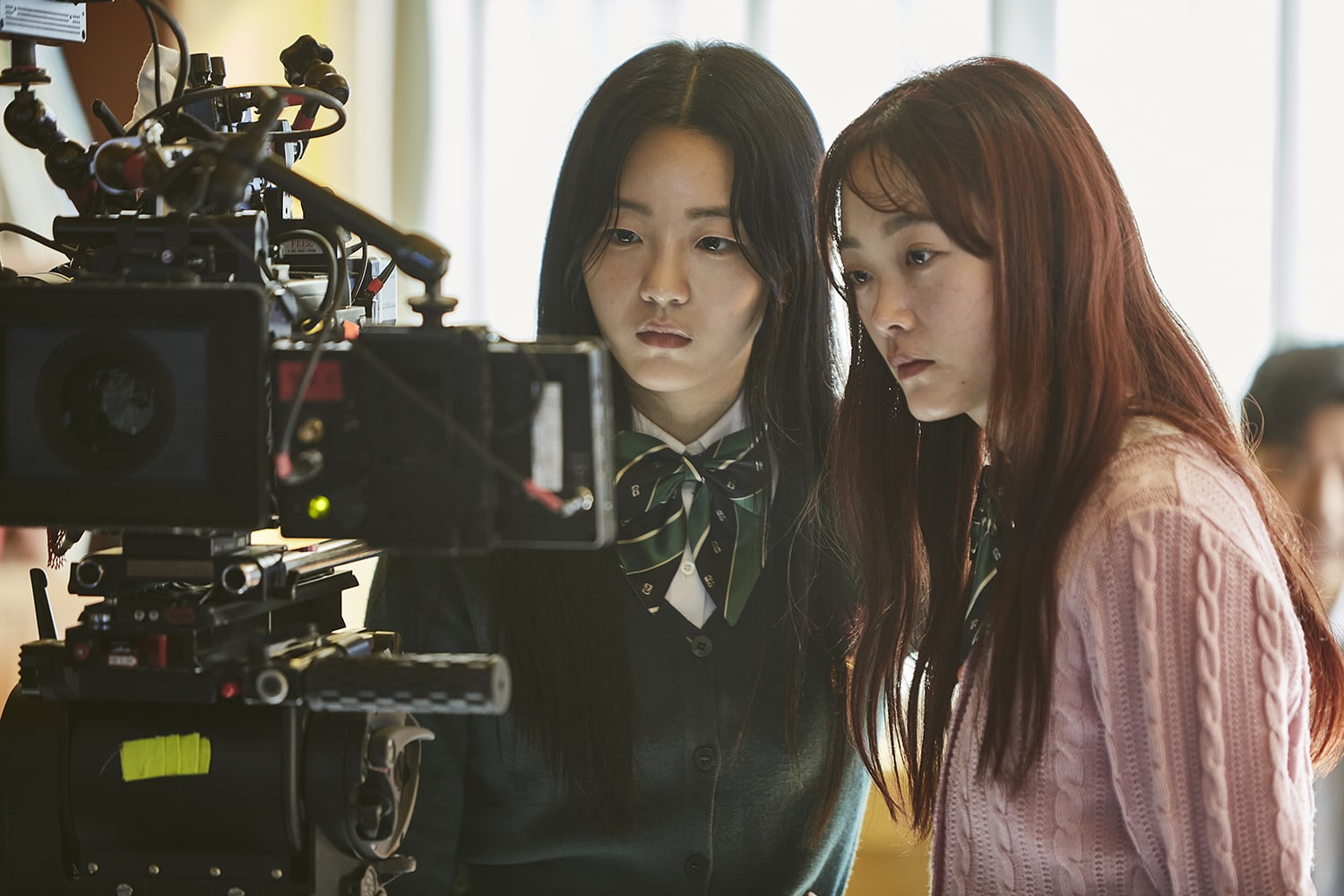 Unfortunately, one downside of playing a villain is the hate comments actors inevitably receive after playing such a role. However, Lee Yoo Mi shared that she isn’t upset by such comments—in fact, she actually enjoys reading them.

“I’m the type who, if I get curious, will read all of the [responses] in one sitting,” revealed Lee Yoo Mi. “I don’t get hurt [by seeing hate comments]. I even feel happy when I get hate. Because I think [getting hate] means that I did that good of a job acting and portraying [my character’s] emotions.”

“It might sound villainous that I feel happy,” she went on, “but there’s a certain joy in how it makes me feel, like I can look back on my own acting and find peace.” 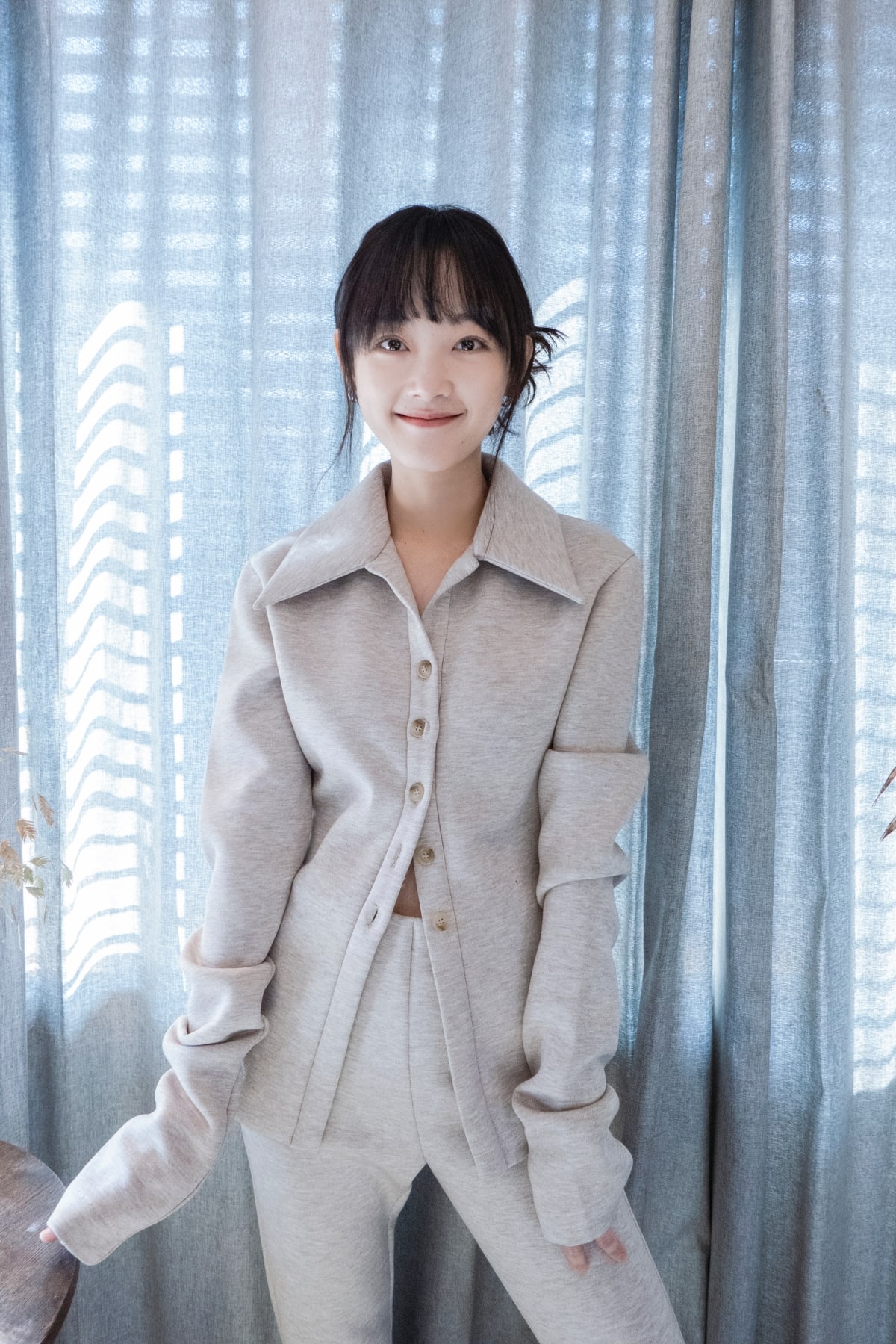 Although “Squid Game” was released several months before “All of Us Are Dead,” the two dramas were actually filmed at the same time.

Describing the challenges of filming the two series simultaneously, Lee Yoo Mi recalled, “Both dramas were filmed outside of the city, so I had to commute back and forth a lot. Also, my two characters had completely different personalities. When I was filming ‘All of Us Are Dead,’ I intentionally tried to fill up my acting [with intensity and emotion], and when I was filming ‘Squid Game,’ I emptied myself before acting.”

She humbly added, “I never thought that [either drama] was certain to be a hit. I feel overwhelmed with joy. I was very lucky.” 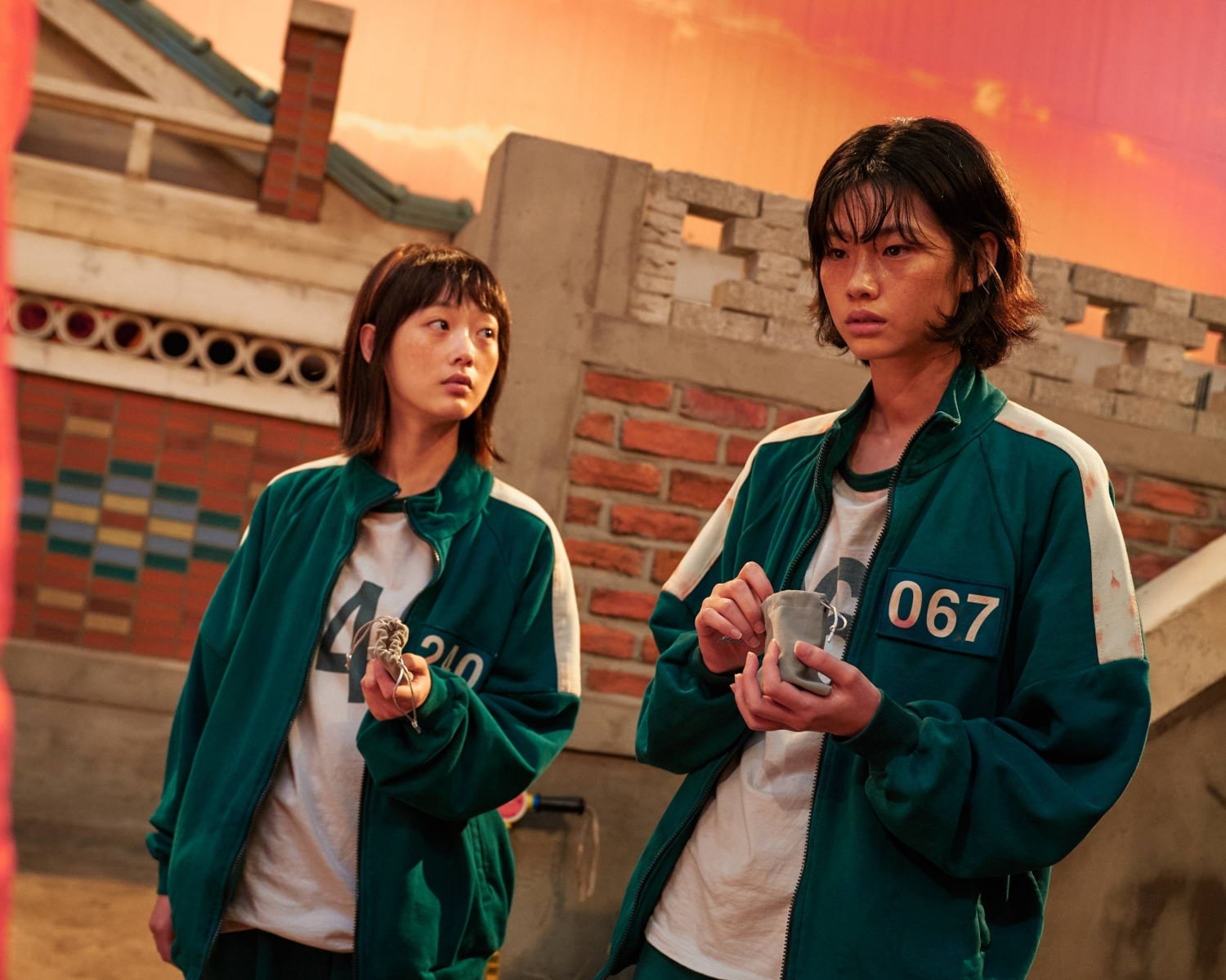 Finally, Lee Yoo Mi revealed that she is currently in the midst of choosing her next project—and to her delight, she’s been receiving so many scripts that she now has many options to choose from.

“I’m so grateful that I’m receiving great scripts,” she continued. “I’m diligently reading them and plan to think hard [about which project to choose]. Every time I read a new script, I feel like I’m studying and learning something. I need to become a bit smarter.” 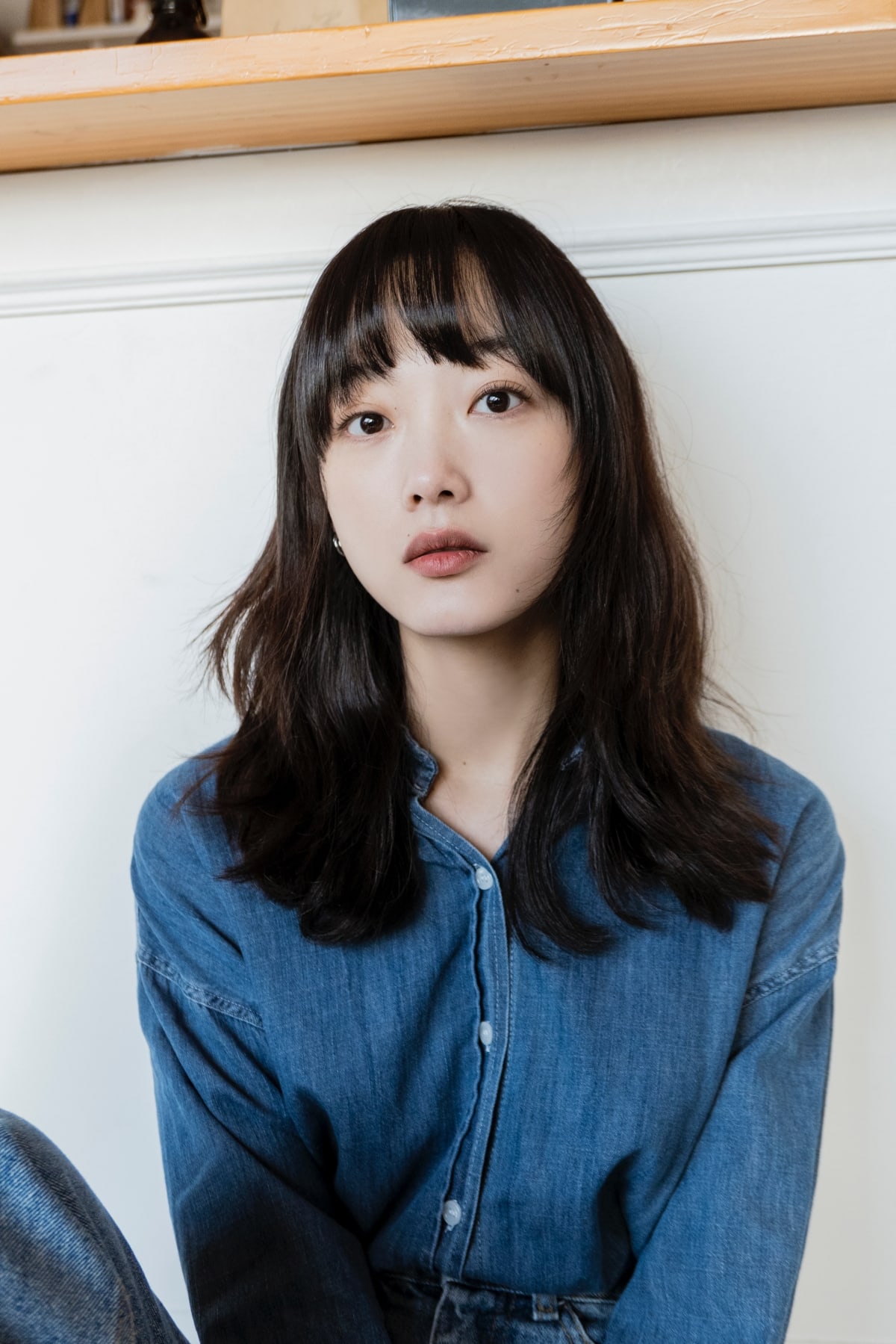 Lee Yoo Mi
Squid Game
All of Us Are Dead
How does this article make you feel?