Kim Woo Bin Talks About The Drama That Healed Him, His Upcoming Projects, Happiest Moments, And More

In a recent interview with Esquire, actor Kim Woo Bin talked about his upcoming projects, reflected on his happiest moments, and more!

Kim Woo Bin said that filming for the movie “Alien” finished last year, and started discussing his upcoming drama “Our Blues,” which he recently finished filming his parts for. The drama, written by Noh Hee Kyung, is described as being in an “omnibus” format, meaning a drama that is in the style of short stories with independent episodes. The drama will have seven main characters, each of whom an episode will focus on. He explained, “Each character has their own main episode. Each character will also appear in other characters’ episodes. I think it will be a new type of drama.”

He also talked about his first impression when he read the script, saying he was intrigued by the idea. He said, “When I read the script, it was a bit unfamiliar. There were quite a few episodes that I didn’t appear in at all, some where I appear in one or two scenes, and some where I was the main character. Also from an actor’s point of view, when I look at the parts of the script where I don’t appear, I felt like I’m watching a completely different drama. It’s really great.” 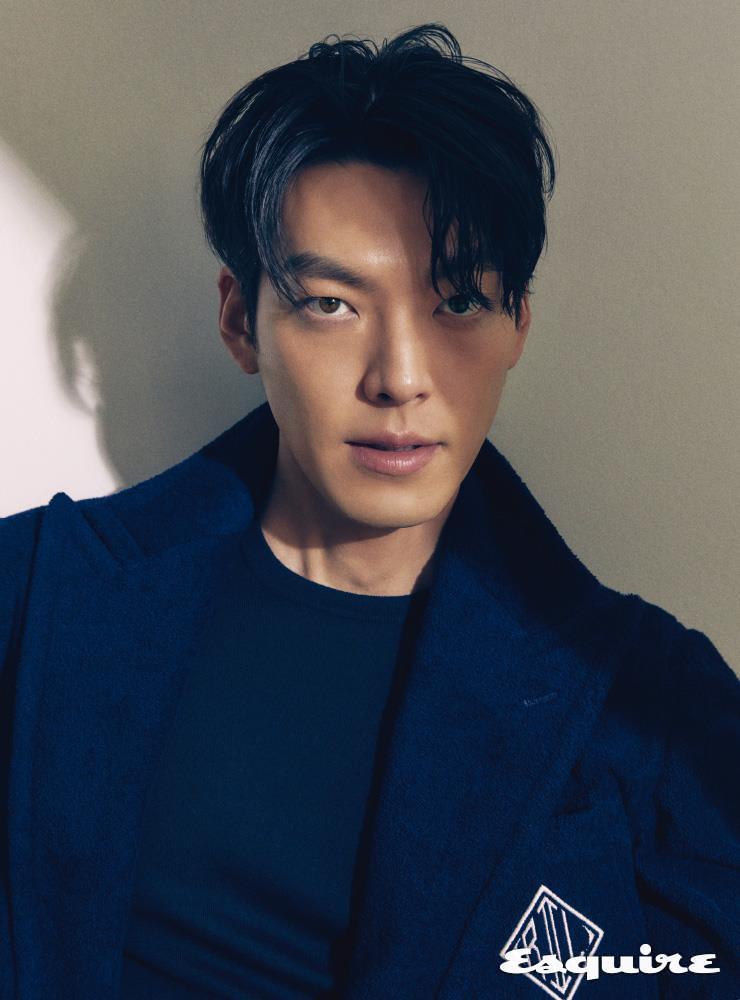 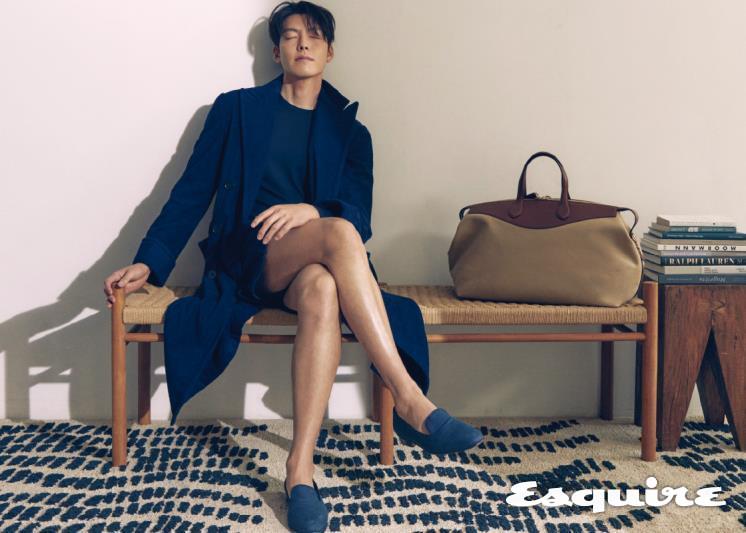 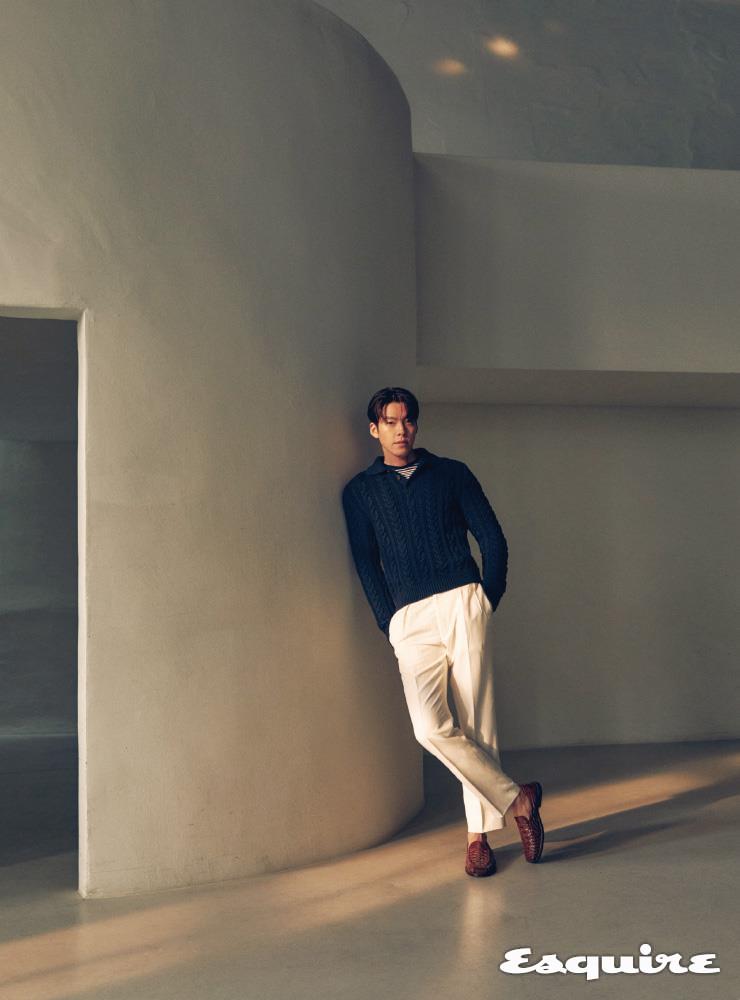 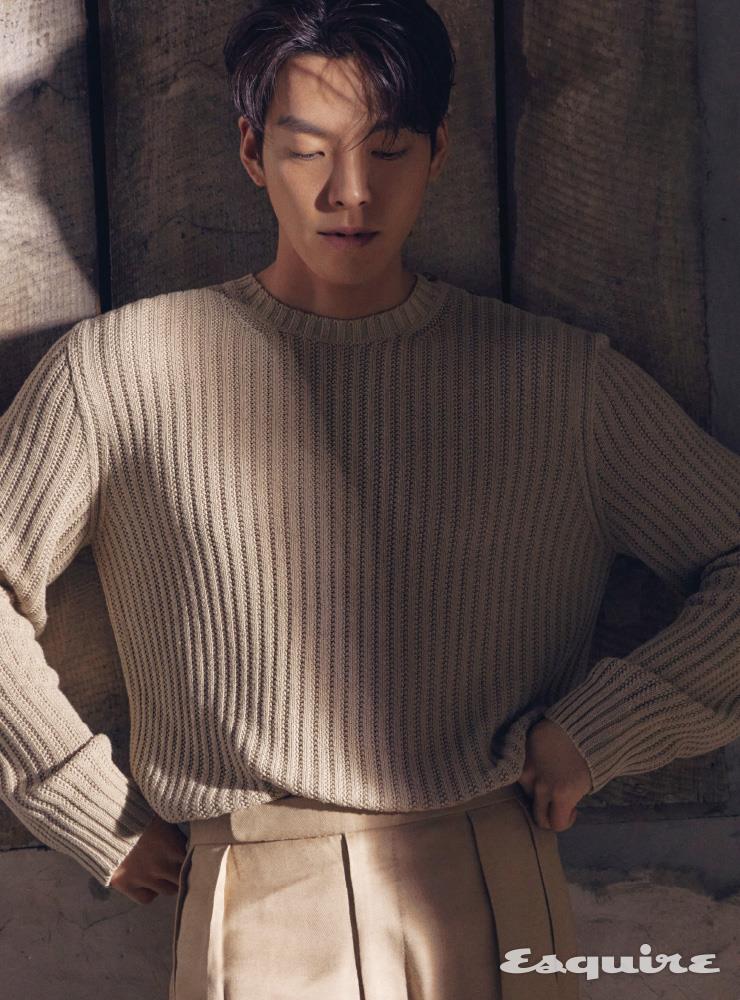 His character in the show is Jung Joon, a captain of a ship. He describes his character as “warm and bright” and went on to say that he felt healed while playing Jung Joon. He elaborated, “It was really nice living as Jung Joon. When I first saw the script, I didn’t think he resembled me. To be honest, I even thought, ‘Why did they cast me as Jung Joon?’ But as I spent time as Jung Joon, he really resembled my appearance at the age of 34 now. I thought he was a completely different character, but he fit me well so it was interesting and comfortable.”

He continued by saying, “Thanks to the script, I healed a lot. My body was tired while filming, but my mind was really happy. I liked the moments when I was acting as Jung Joon.” 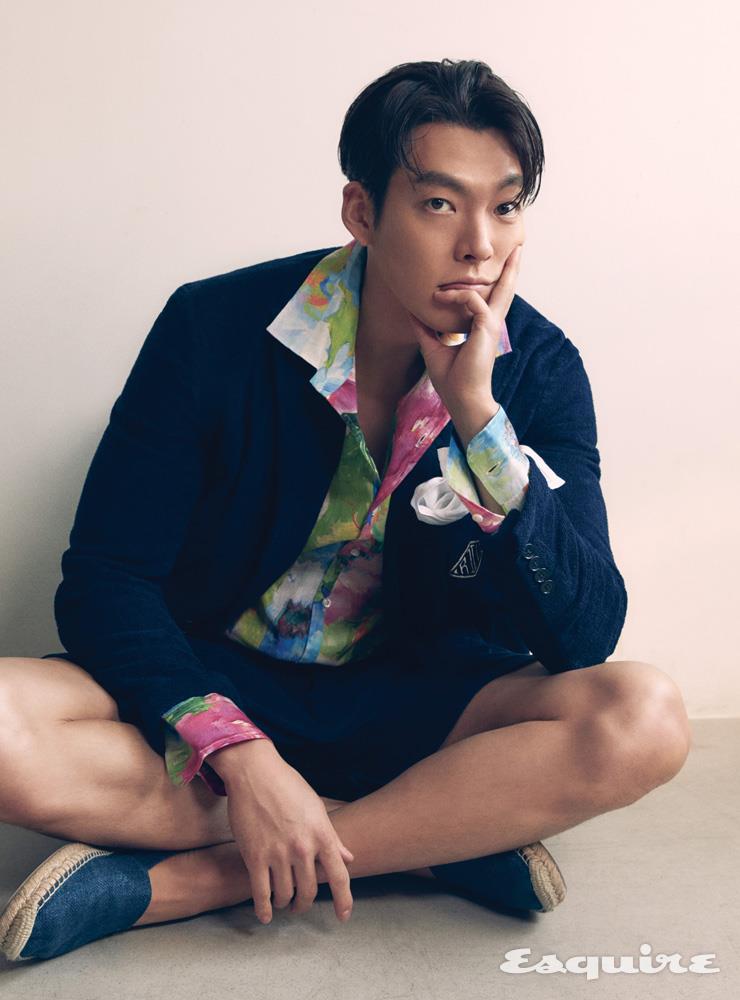 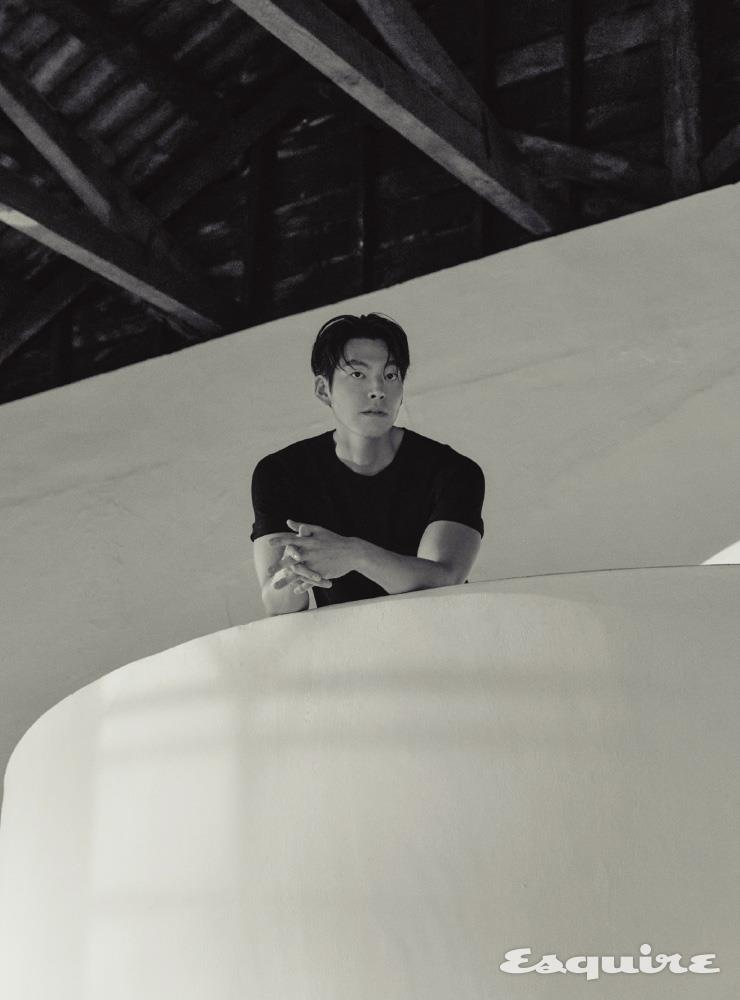 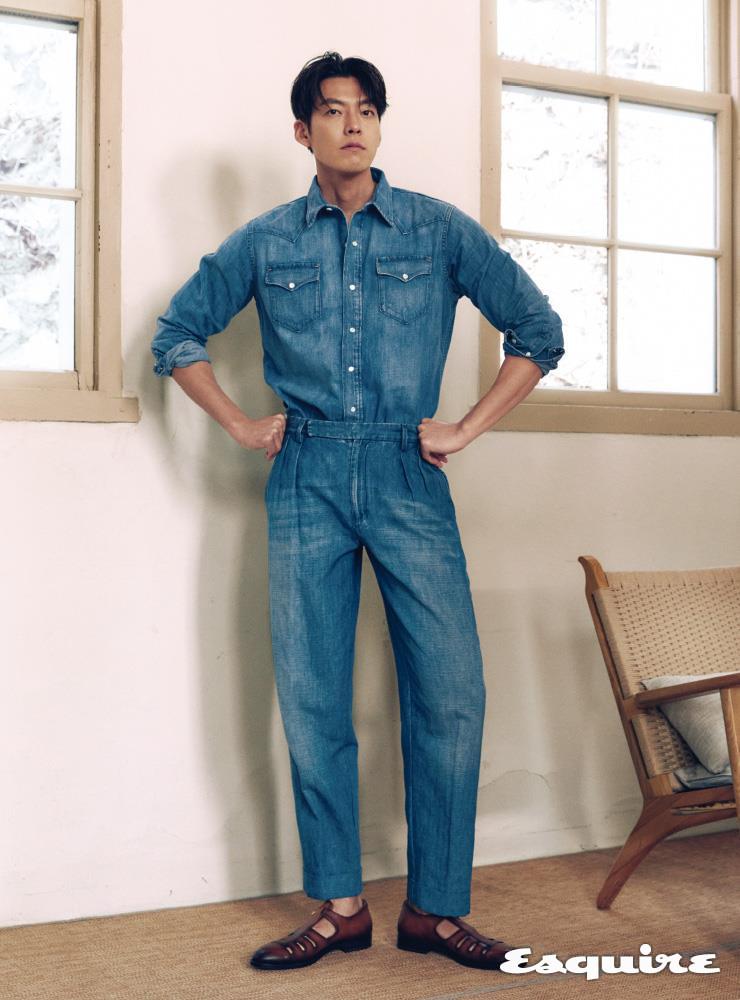 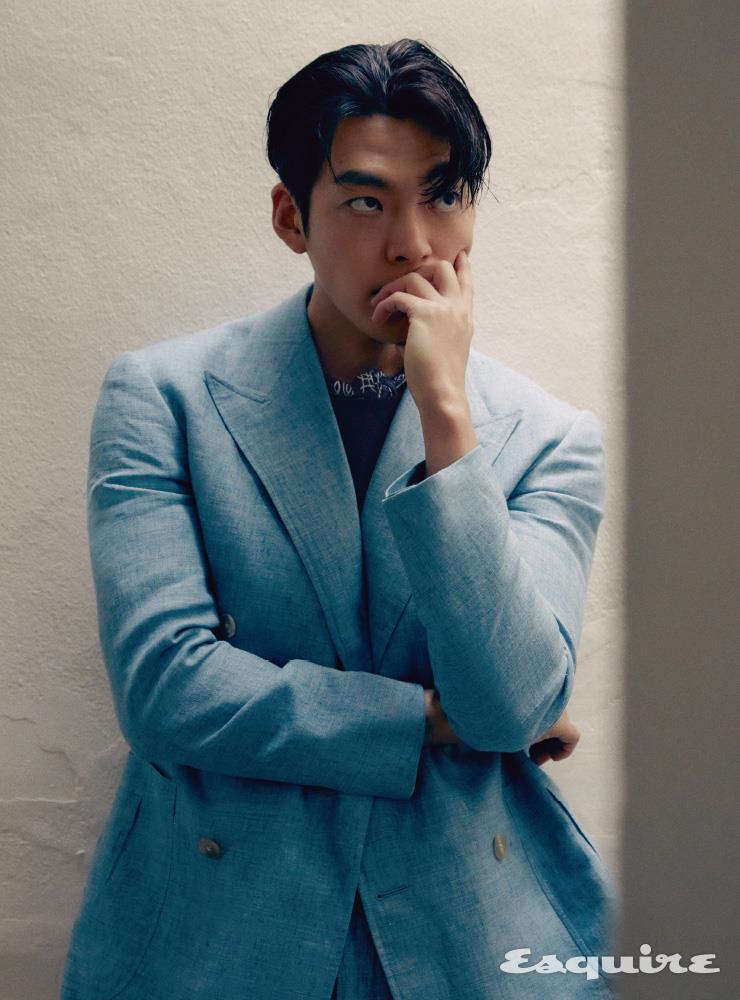 During the interview, Kim Woo Bin was asked if there were any strange questions he’s been asked recently. He admitted that when he was asked about his MBTI for an Esquire interview, he didn’t know why people were curious about it. When asked about what his type was again, he said, “I don’t remember clearly but I guess I told the company people I got ESFJ. But when I took the test again recently on the Internet, I got INTP. None of the traits overlap and it’s completely the opposite. I wonder if it’s different every time I take it. But each time if I read the characteristics, I think it’s right. I also am not sure.”

When reflecting on impactful memories in his life, he admitted that his most recent happiest moment was earlier in the day when he ate tteokbokki (Korean spicy rice cakes). But he dove deeper to elaborate on moments he will remember even 10 years in the future. He started by saying, “Oh there are so many [memories].” He continued by listing some examples such as, “The first day in 5 years I visited a filming set, the day I returned healthily to the Blue Dragon Film Awards and greeted so many people, the fan meeting, the moment I met my fans after a long time, the moment when the clapboard is clapped.” 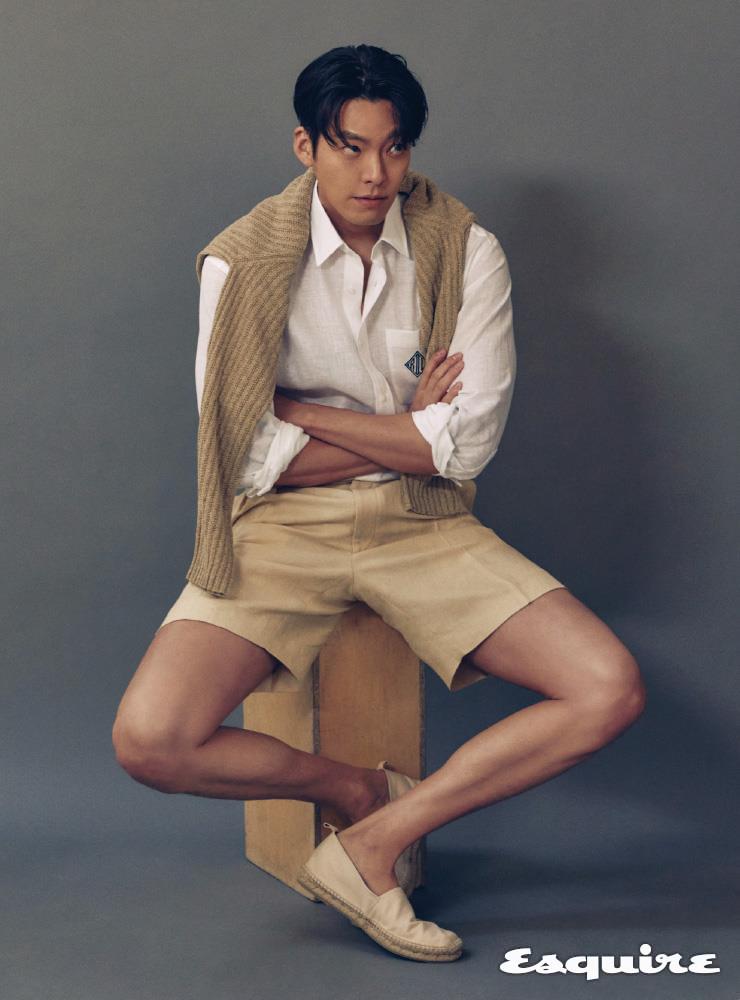 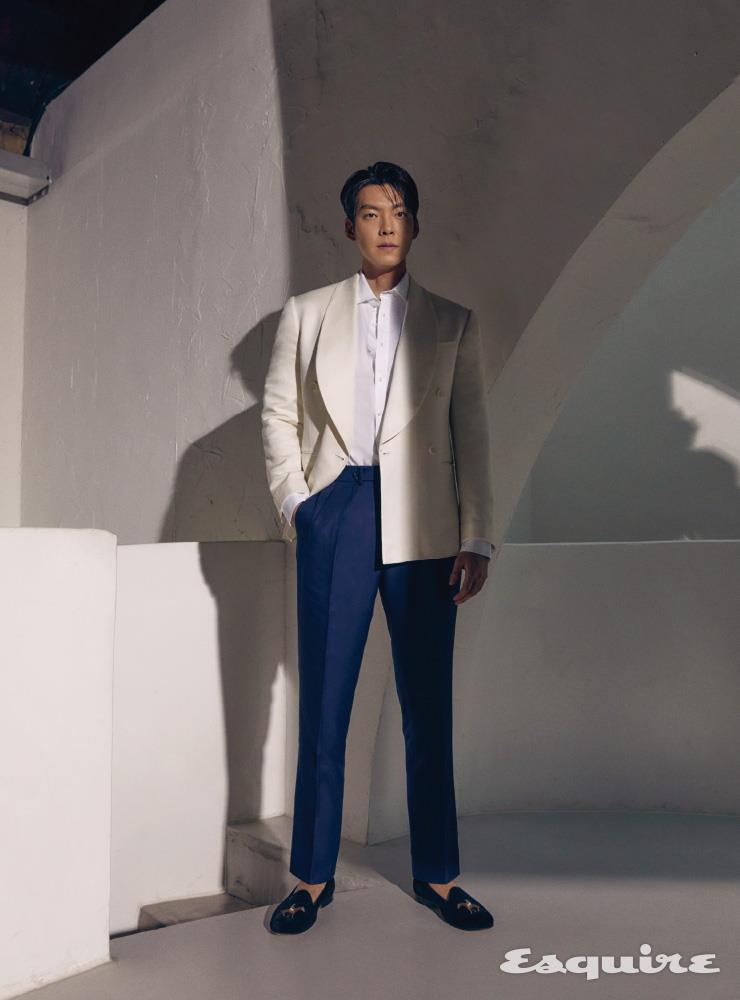 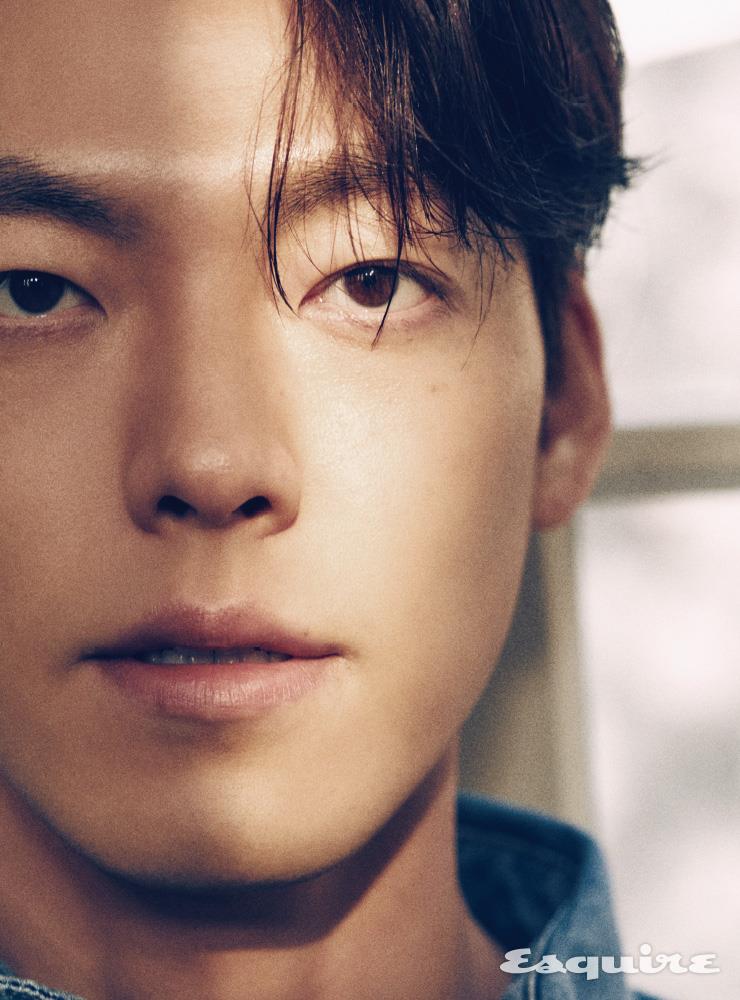 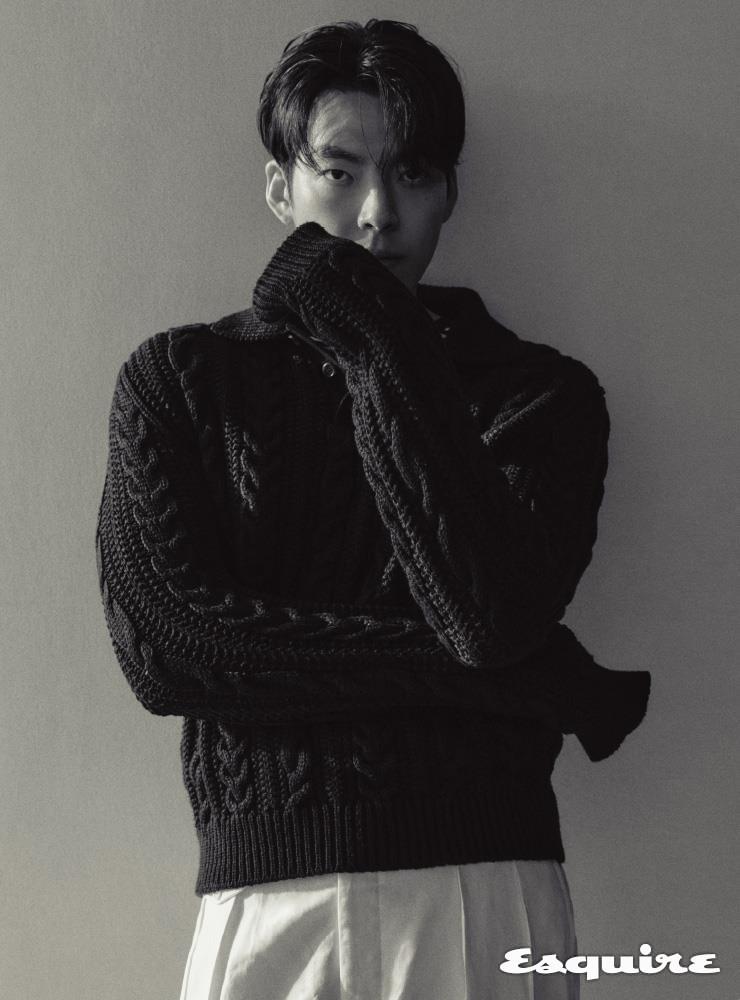 After reflecting on these memories, Kim Woo Bin was asked what he would say to himself 20 years from now. He said, “Since it’s been 20 years… I must be 54 years old. Don’t worry about useless things and enjoy life. I read somewhere that when asked, an elderly person said, ‘The most regrettable thing in my life was spending time worrying about useless things.’ They said the most regrettable thing was spending time worrying about things that haven’t happened yet. I’m not going to do that. Let’s not worry about things that haven’t happened yet. These words keep running through my mind. Even though I can worry about it when the time comes, there are times when my thoughts run too far ahead of myself. So I get stressed out…”

When he finished working, he said that his favorite place to spend time in is his home. He said, “Wouldn’t it be my home? It’s a place where I only leave my favorite things.” He continued by saying, “I’m happiest when I rest at home.”

Check out the full article in Allure!

Esquire
Kim Woo Bin
How does this article make you feel?